Pfaff/McLaren Brand Manager Chris Green will take to the track this year in the Continental Tire Challenge behind the wheel of the brand-new McLaren 570S GT4 race car. He and teammate Jesse Lazare will make their series debut in Daytona, January 26-27. 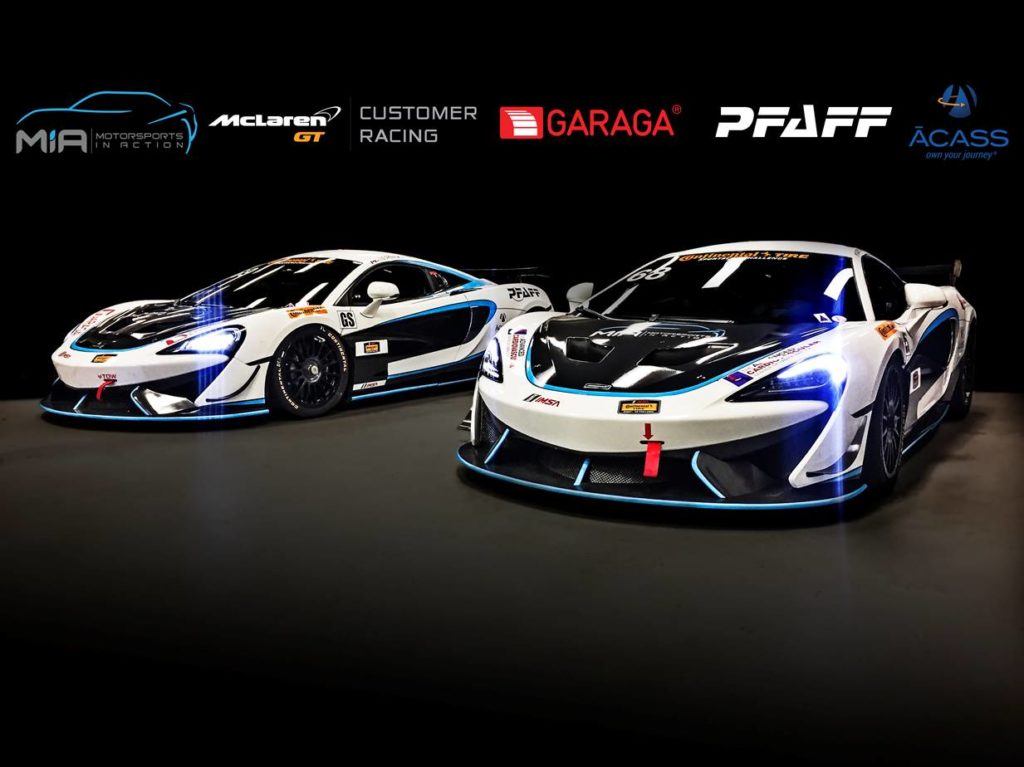 Off the track, Green works as McLaren Brand Manager for Pfaff Automotive Partners, the Canadian importer of McLaren automobiles, giving him a unique perspective on the team’s racing effort.

“The 570S road car and the 570S GT4 race are impressively similar,” Green said. “I instantly felt at home after having completed hundreds of laps in the road car. With its carbon-fibre construction, the 570S is an amazing racing platform. The engineering and development team at McLaren GT have done an outstanding job developing the new race car, and I have high expectations in the Continental series, and expect to be a contender for race wins and the GS series title.”

The track-only 570S GT4 shares its carbon-fibre MonoCell II chassis architecture with the other models in the McLaren Sports Series. This marks the first time the technology has been made available in the GT4 category – and the race-derived material is of clear benefit with inherent strength and light weight. Driver protection is further enhanced with the addition of an FIA-approved rollcage and fire extinguisher system. Carbon fibre and aluminium are used for the reprofiled bodywork, which is formed over wider track both front and rear to accommodate centre-locking lightweight cast magnesium alloy wheels.

Two-way adjustable motorsport dampers with coil-over springs are fitted front and rear, and an on-board air jacking system is fitted as standard.

Green and Lazare’s 570S GT4, carrying McLaren Toronto and Garaga sponsorship, is operated by Motorsports In Action, a Montreal-based race team led by Eric Kerub. Kerub has over 20 years of racing experience and a longtime association with the McLaren factory. Quebec pro-driver and two-time Rolex 24H Daytona Champion Jean- François Dumoulin will lend his formidable experience throughout the season, advising and supporting the team in all facets of its championship effort.