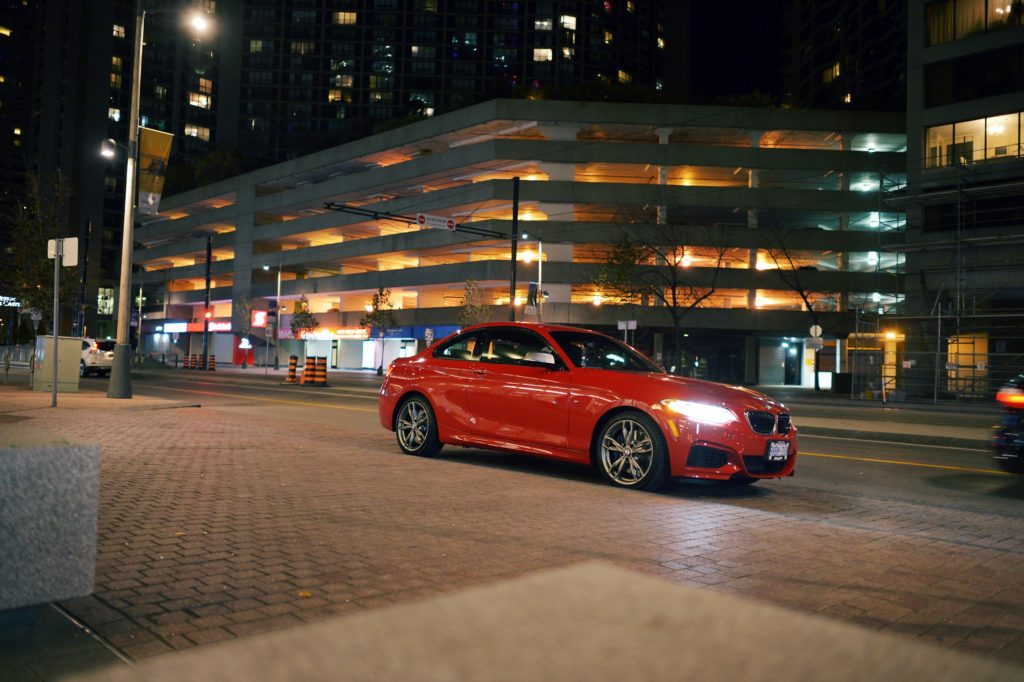 From the outside, it’s tough to tell that the BMW M240i is anything special. It looks pretty much identical to its predecessor, the M235i, which itself was an anonymous-looking two-door coupe, save for a couple of M aerodynamic bits, 18” wheels, and a flash of blue brake calipers peeking through from behind them. Look past the looks, though, and you discover a tight, powerful, refreshingly analog speed demon – and certainly one of the greatest performance-car bargains, at any price.

The M240i’s appeal doesn’t come from one specific attribute; it’s the way the engine, gearbox, brakes, suspension, equipment, and overall platform all come together to form a cohesive, perfectly-conceived whole that makes it so appealing. 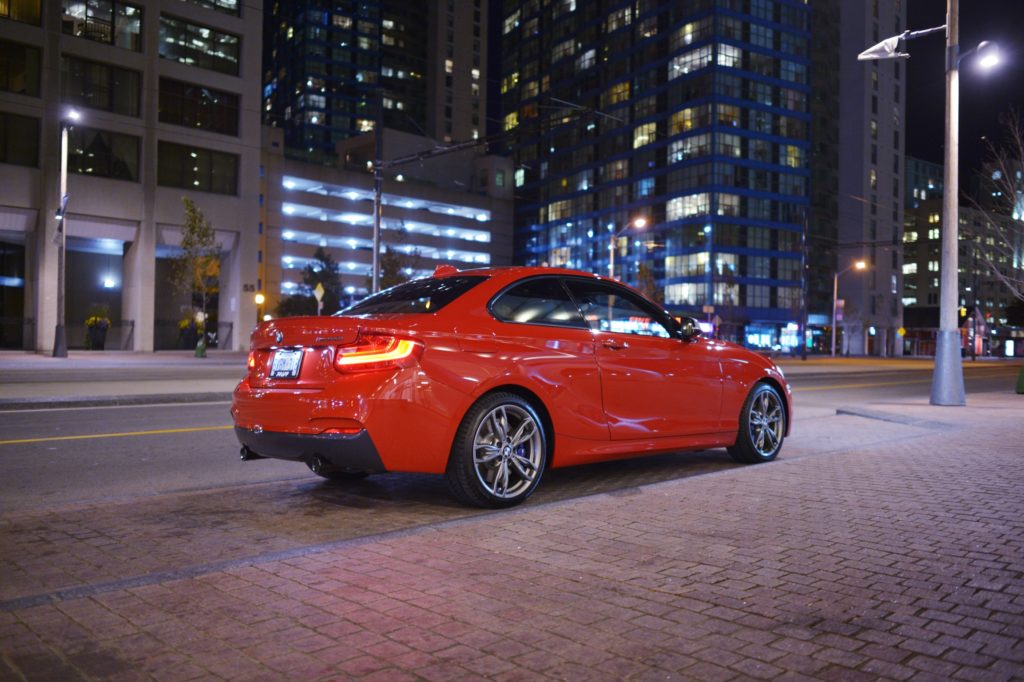 High up on the list of pluses for me is its size, which is just perfect for the city. It has plenty of room up front for driver and passenger to be comfortable on long trips, with a huge range of seat adjustability, generous head- and elbow-room, and the back seats are habitable for adults as well. The car’s conservative, almost sedan-like roofline contributes to surprising headroom, and rear-seat riders still get their own set of air vents and a good view out. All this, plus a trunk that will easily swallow a pair of large suitcases and a couple of soft bags, is packed into a package that’s small, nimble on urban roads, easy to see out of, and incredibly easy to park thanks to a tight turning circle and fast steering. 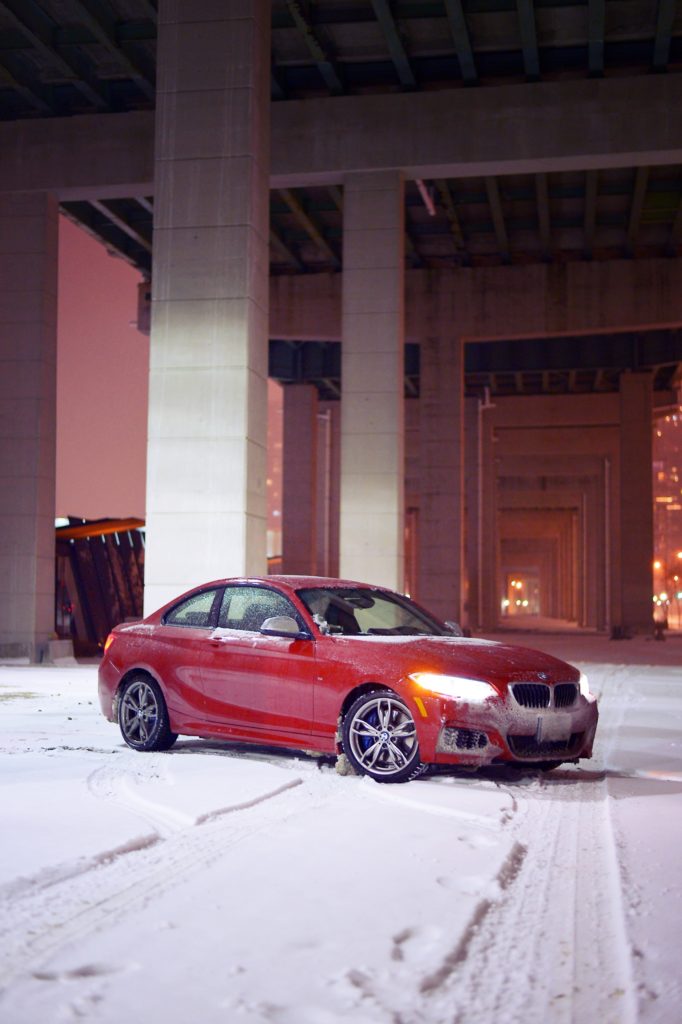 While the M240i doesn’t have a hatchback – or rear doors, like the Audi S3 or Volkswagen Golf R that you’d most likely cross-shop it with – its tight exterior dimensions and big interior make it similarly versatile as an everyday driver, and on longer trips, or a winding road, its chassis setup endows it with a level of stability, maturity, and ride comfort that only rear-wheel drive can deliver. Despite its sporting setup, the two-stage adjustable dampers give a smooth, refined ride, and road and wind noise are hushed. The standard M sport seats are terrific, too, with great support and adjustable side bolsters that you can relax for long cruises or tighten up for when you want to play. 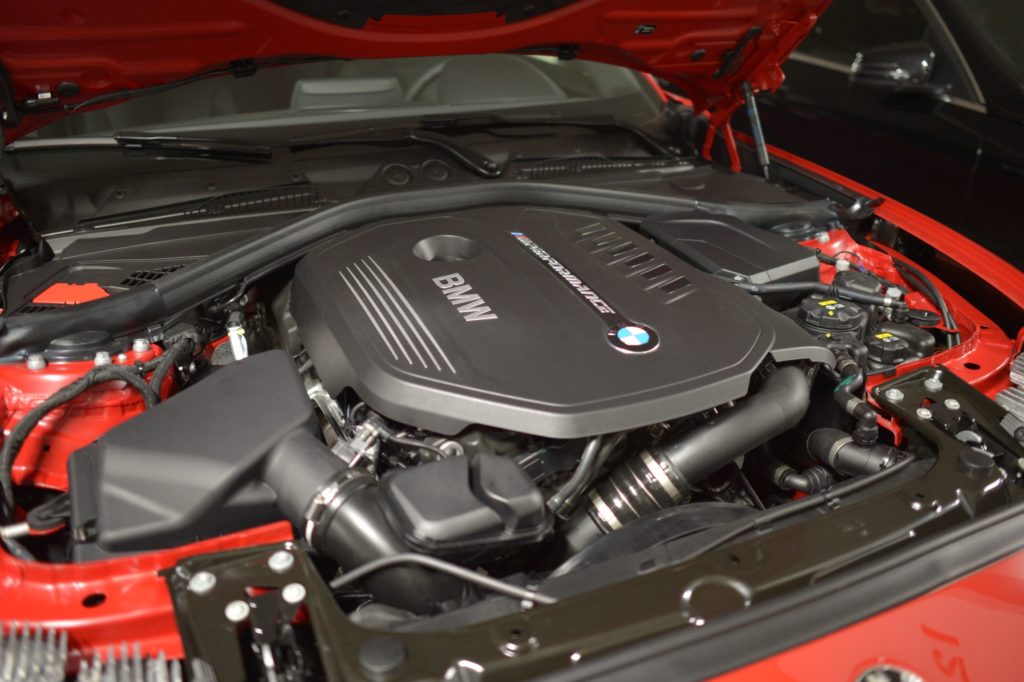 Playing is something you will definitely want to do in the M240i, especially in with the “base” model’s front-engine, rear-wheel drive setup and knuckly six-speed manual transmission. One of the few vehicles left on the market to offer this drivetrain combination, the M240i telepathically dives into corners as you roll your wrists at the steering wheel, its feel uncorrupted by drive forces pushing through the front wheels. Even on Pirelli SottoZero 3 winter tires, it generates huge levels of grip, and while it will only start sliding from the rear if you’re overly aggressive, the little BMW’s cornering attitude is easy to tweak using little lifts and pokes at the throttle, giving its driving experience a satisfyingly old-school, interactive quality missing from many more technically-advanced all-wheel drive performance cars. In terms of outright speed and ability, those cars might well out-corner and out-drive the M240i, but they can’t deliver the same level of connection. 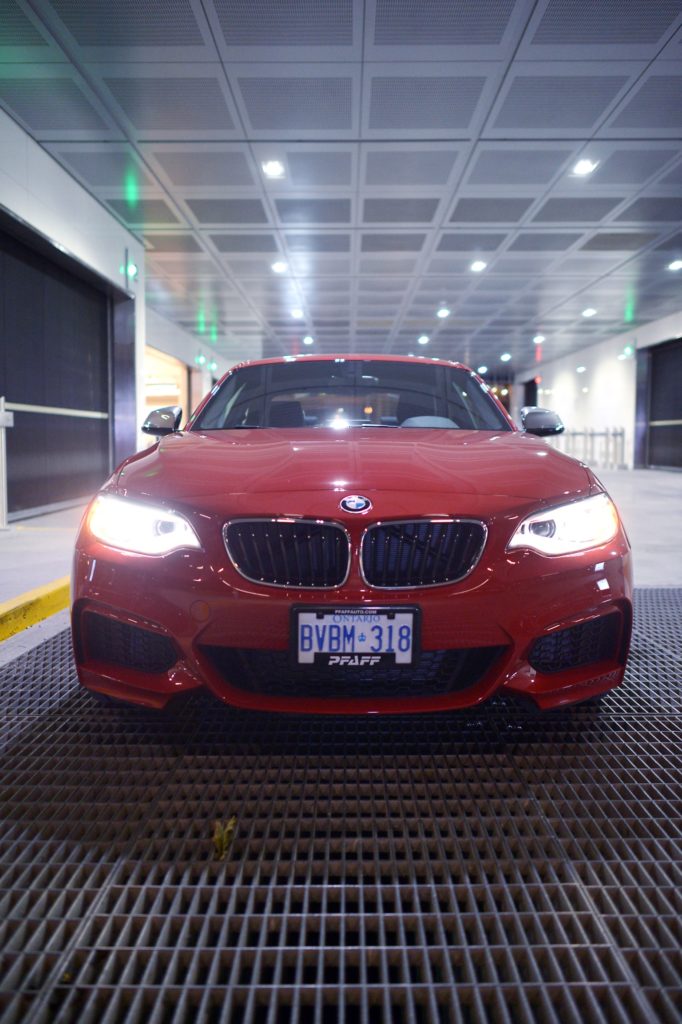 The M240i is hardly lacking technology; it has a twin-scroll turbo strapped to its inline-six, it has a sport mode that invokes tighter steering, more aggressive damping, and it has a full suite of safety systems including ABS, dynamic traction control, electronic stability control, and more. But in this car – particularly in a base car – they play a supporting role to the balanced chassis’ superb dynamics, powerful, easy-to-modulate brakes, and charismatic engine.

While it may share its 3.0-litre displacement with the old M235i, the M240i’s “B58” engine is in fact a whole new animal, one of the company’s new line of M Performance engines. Fitted with a single, twin-scroll turbo, it now generates 335 hp, up from 322, and a whopping 369 lb-ft of torque, the same as the much-more-expensive and exotic M2. At very low, parking-lot speeds, the new engine feels a little less torquey than its predecessor, but once you’re past about 1,500 rpm, it really comes on strong. The new engine has a noticeably more turbocharged feel, and that, plus the lovely metallic rasp from the exhaust, makes the M240i feel a lot more special, more like a real BMW M car. And despite the small on-paper power differences, it feels significantly faster than the M235i, for almost exactly the same money. 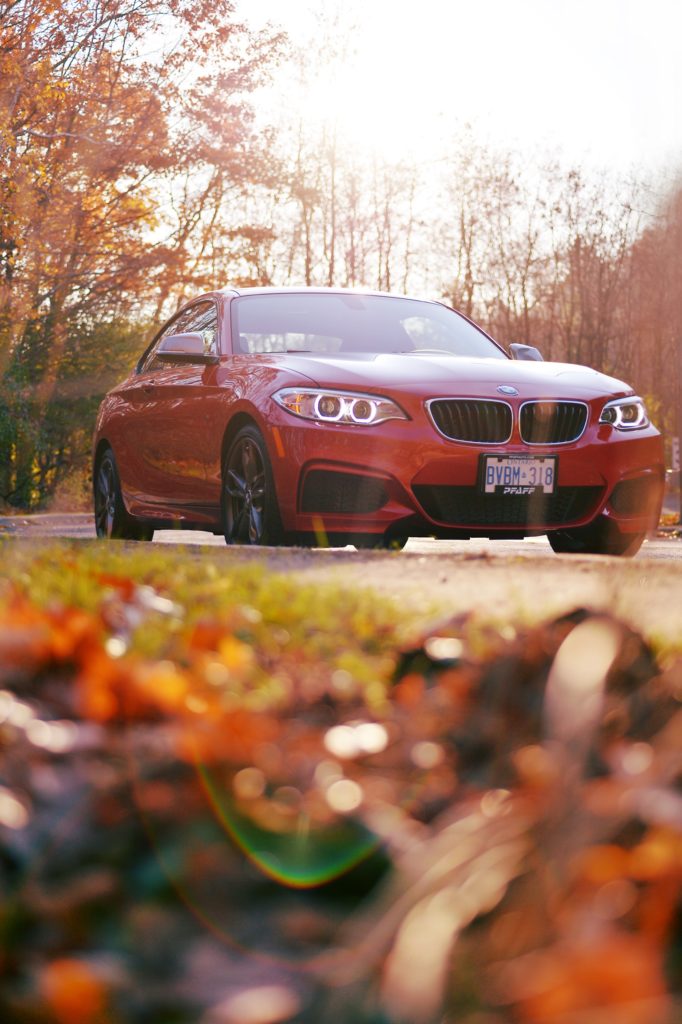 At just $45,200 for a rear-drive, six-speed manual like this example, there’s very little that can touch the M240i for power, performance, poise and pure fun factor. A Volkswagen Golf R or Audi S3 offer similar speed, more technology, but less interactivity, while any number of comparably-priced cars from many luxury brands – including BMW – give you more features but far less speed, and infinitely less fun.

You can, of course, load up an M240i with xDrive all-wheel drive, an eight-speed automatic transmission (which is, remarkably, even faster), wide-screen navigation system and upgraded iDrive, but none of those upgrades enhances the car’s driving enjoyment. Stay away from that very tempting options list – BMW very cleverly lists options on its website by how many extra dollars they’ll run you every month – and the M240i is one of the car world’s greatest performance-car bargains.

Want an M240i of your own? Browse our new-car inventory.