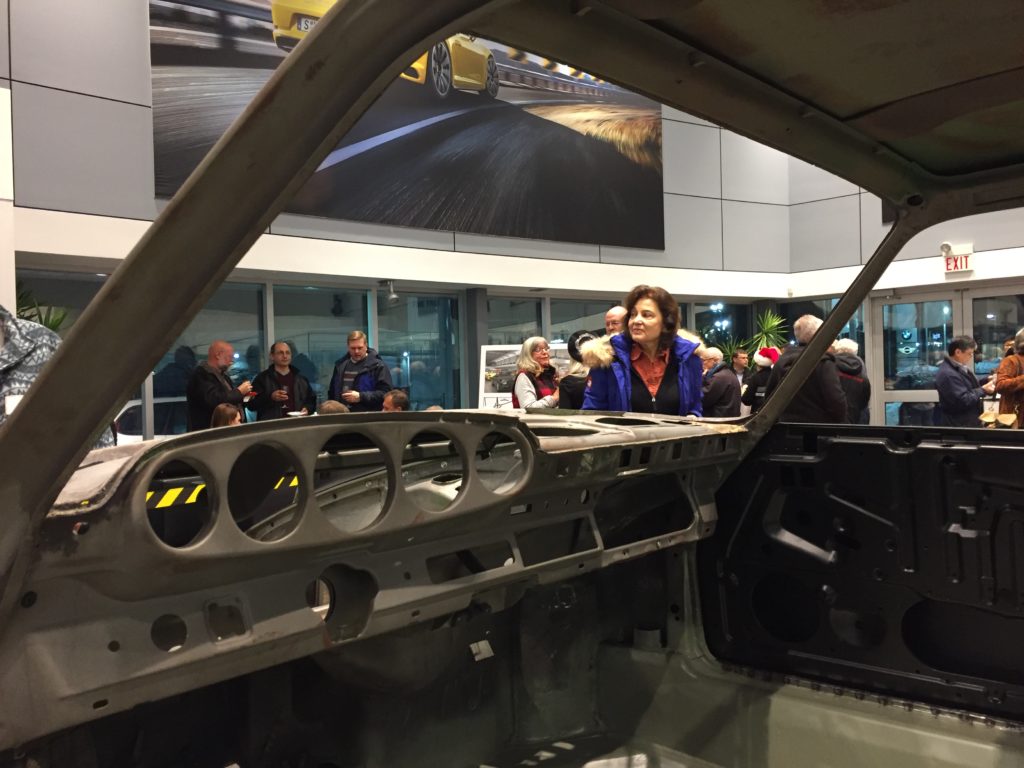 On Wednesday, December 14, 2016, Pfaff Porsche once again hosted the annual Porsche Club of America – Upper Canada Region holiday social. With over 130 guests, it was one of our best-attended socials yet, and club members enjoyed a warm atmosphere along with food and refreshments from McEwan. 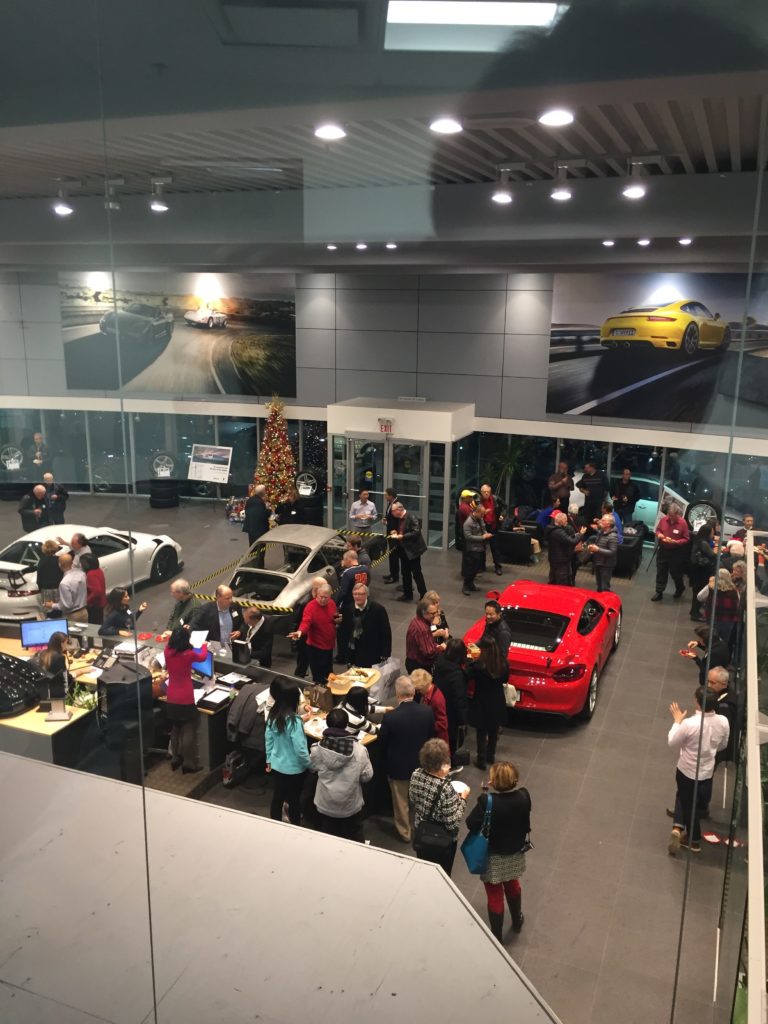 The Club, which recently elected a new board of directors and executive officers, took the opportunity to introduce members to their new leaders. UCR’s new president is Kathleen Wong. Pfaff Porsche sales manager Ashley Berkel also spoke, along with pre-owned manager John Pera, who spoke about the evening’s special guest: the shell of a 1972 911 T currently undergoing a full restoration at Pfaff Autoworks and Pfaff Porsche. 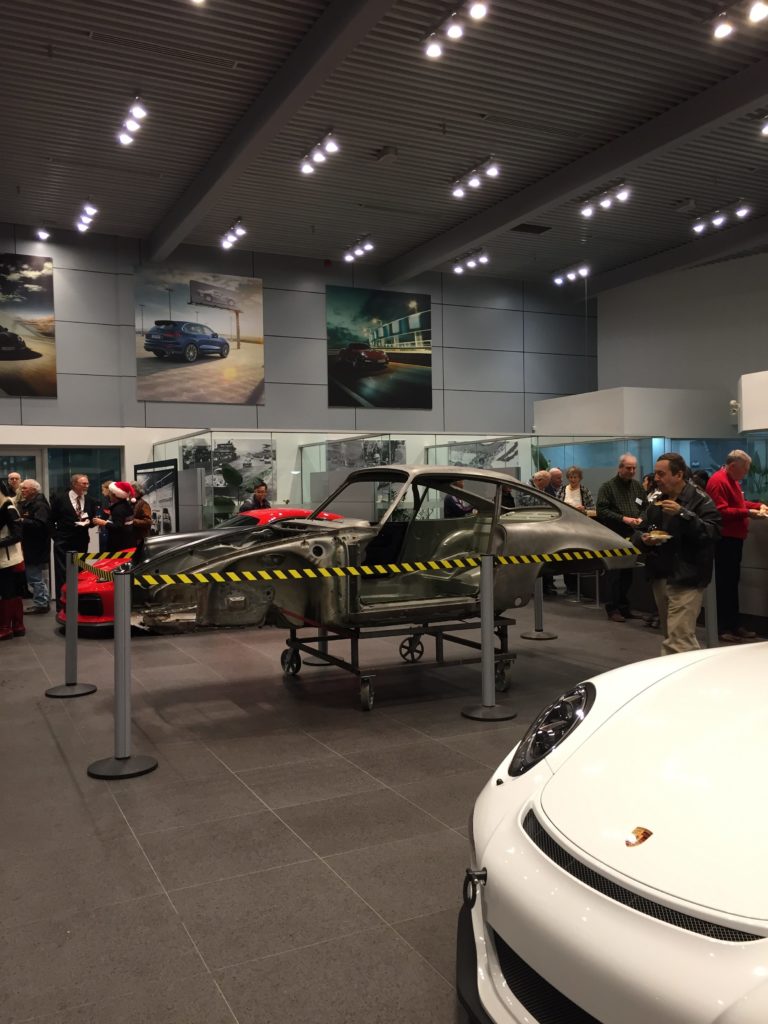 Formerly owned by Canadian Motorsport Hall of Fame inductee Horst Kroll, the restoration project has been a year-long labour of love for the entire dealership, and a visible manifestation of Pfaff’s 50-plus year history, and technical capabilities with vintage Porsche vehicles. 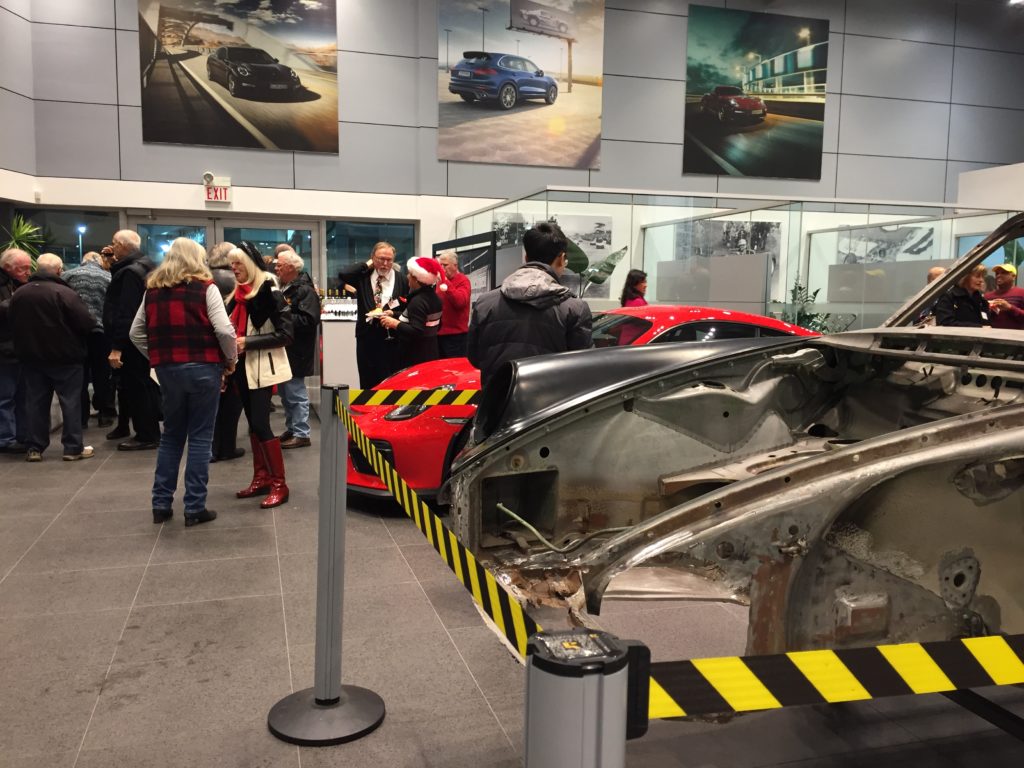 Pfaff Autoworks has already restored major sections of the body, including the floor, rear passenger area, door sills, and right front fender and door; work still needs to be done to the front structure and left-side bodywork before the car is repainted in its original metallic green colour. 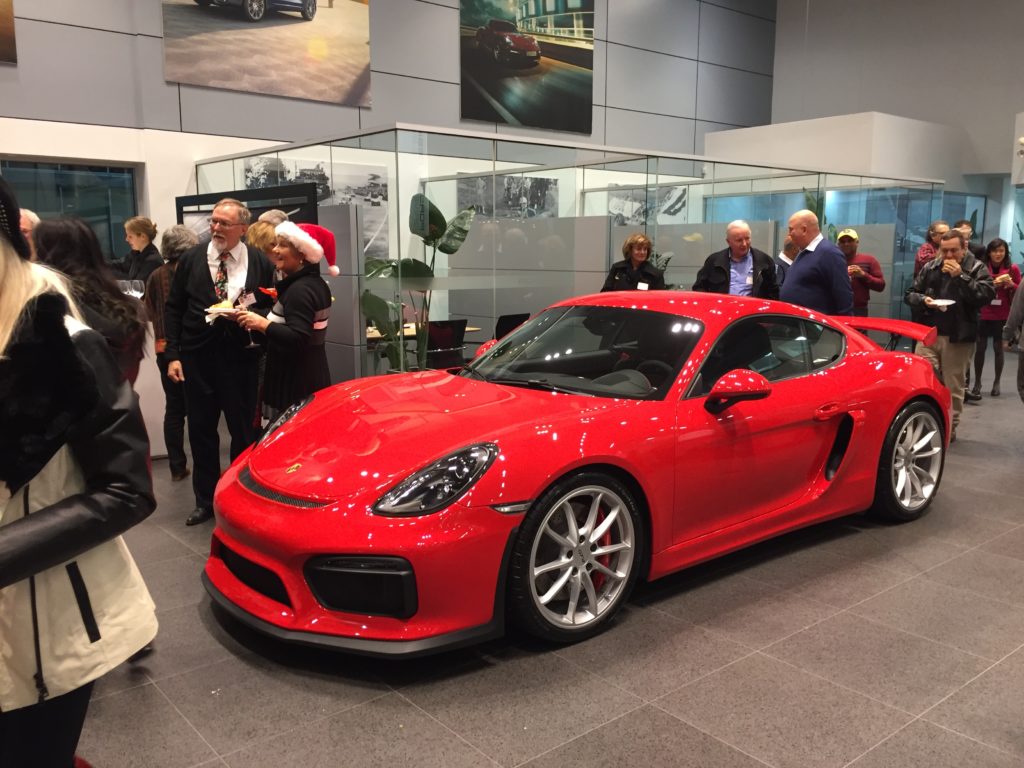 Pfaff Porsche’s certified Porsche Classic technician, Dave Draganac, has simultaneously been restoring the vehicle’s mechanical parts, including a full rebuild of its engine and its rare Sportomatic (clutchless manual) transmission. The vehicle should be complete early in the new year, and ready to display in the new Pfaff Porsche building when it opens. 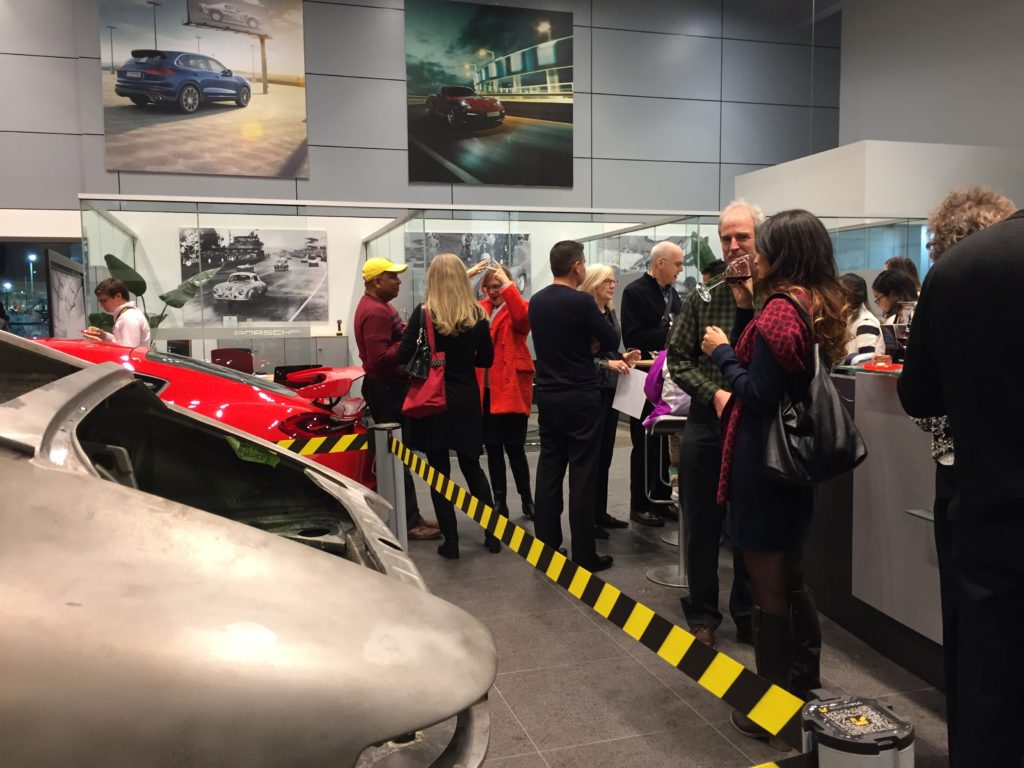 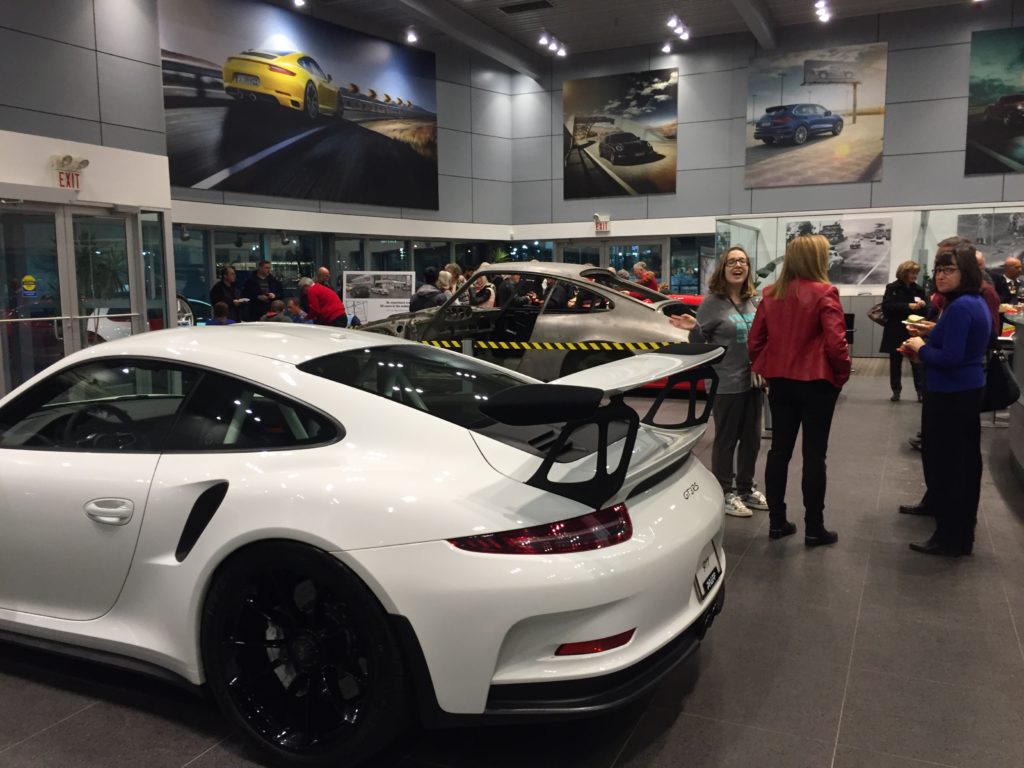