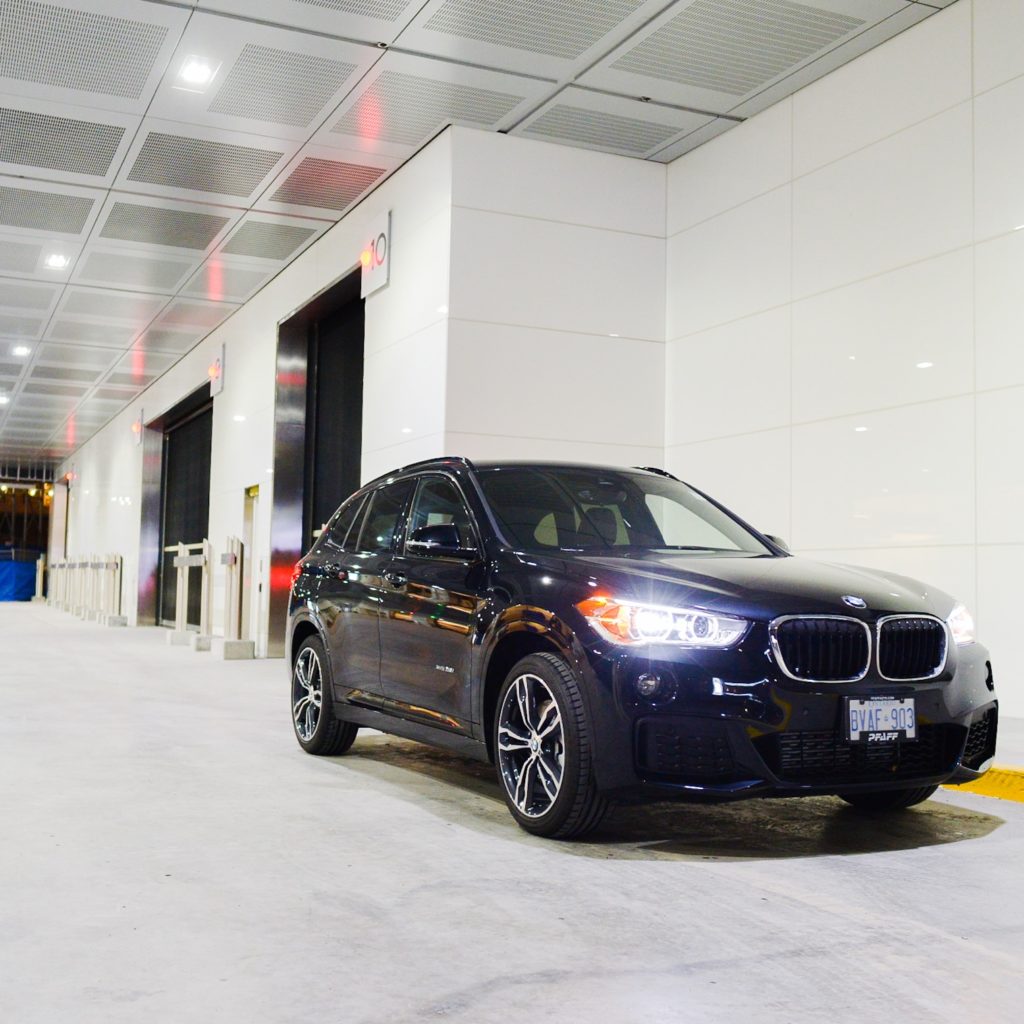 For as long as I’ve been a car enthusiast, BMW has always stood for two things: straight-six engines and rear-wheel drive. So when I read that the new generation of X1 was going to be based on a new front-wheel drive-based platform, one which shares some common architecture with the Mini Clubman and Countryman, I have to say I was nervous. What of the brand’s legendary driving dynamics?

The automotive world’s changing, of course. One of those BMW pillars – the straight-six engine – has been supplanted in many of the company’s mainstream models with a turbocharged, 2.0-litre four-cylinder that you see in everything from this X1 up to the entry-level 5 Series. In the X1, it produces 228 horsepower mounting, and the smooth rush of power it delivers through the eight-speed automatic belies its cylinder count, and its aspiration: there’s never a wait for the turbo to come rushing in, and you waft away on a surge of torque no matter what the speed and gear. Important for a BMW, the X1 still feels fast, and it has the silence and refinement you would expect from a premium drivetrain. 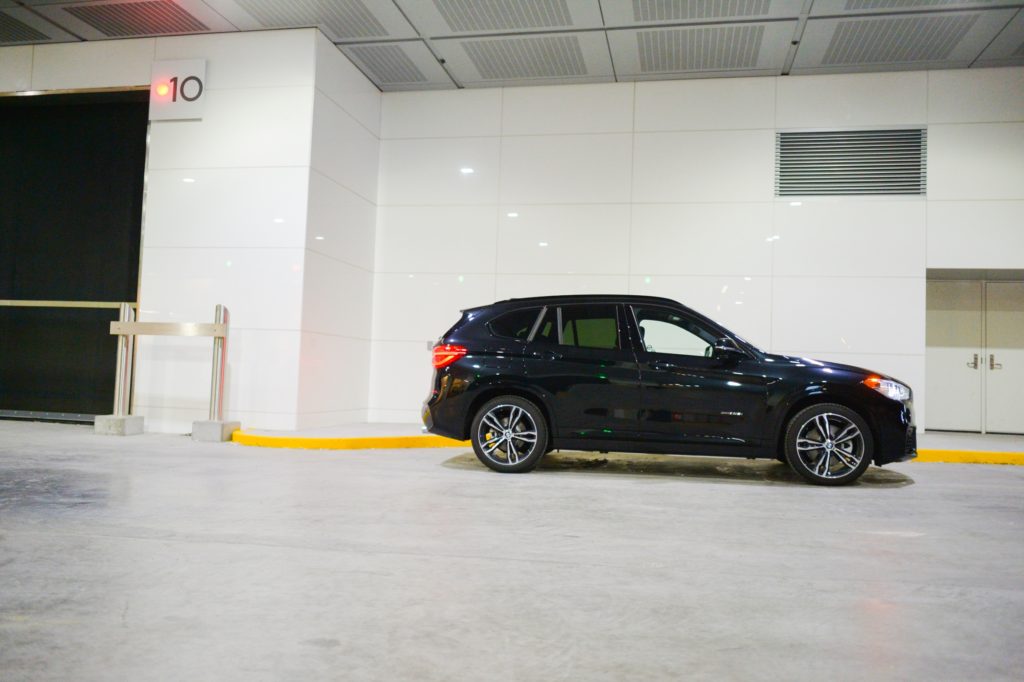 Certainly, the X1’s new platform (the previous generation rode on an old 3 Series Touring base) brings major packaging dividends thanks to the compact, transversely-mounted drivetrain. The stubbier nose, which ironically looks a lot more proportional to the tall cabin, sort of like a mini-X5, frees up masses of interior space that simply weren’t there in the old X1. A low step-in height, combined with high-set seats, plenty of headroom, and a huge range of seat adjustability mean that drivers and passengers of any size will find a comfortable seating position, while the optional panoramic sunroof bathes the cabin in natural light, giving it an open, airy feel.

The X1 doesn’t lack for any of the features you’ve come to expect from modern BMWs. The iDrive controller is the same as you’ll find in the latest big sedans, and operates a super high-resolution screen. Opt for the more expensive premium package and you get a colour heads-up display with speed limit recognition, big-screen satellite navigation, and more. The stereo is terrific, the automatic climate control is dual-zone, and the interior is beautifully made and finished, if a bit dark in black. Opt for the bargain $750 sport performance package, and you even get little M flashes stitched into the piping of the seats – a surprising and beautiful small detail. 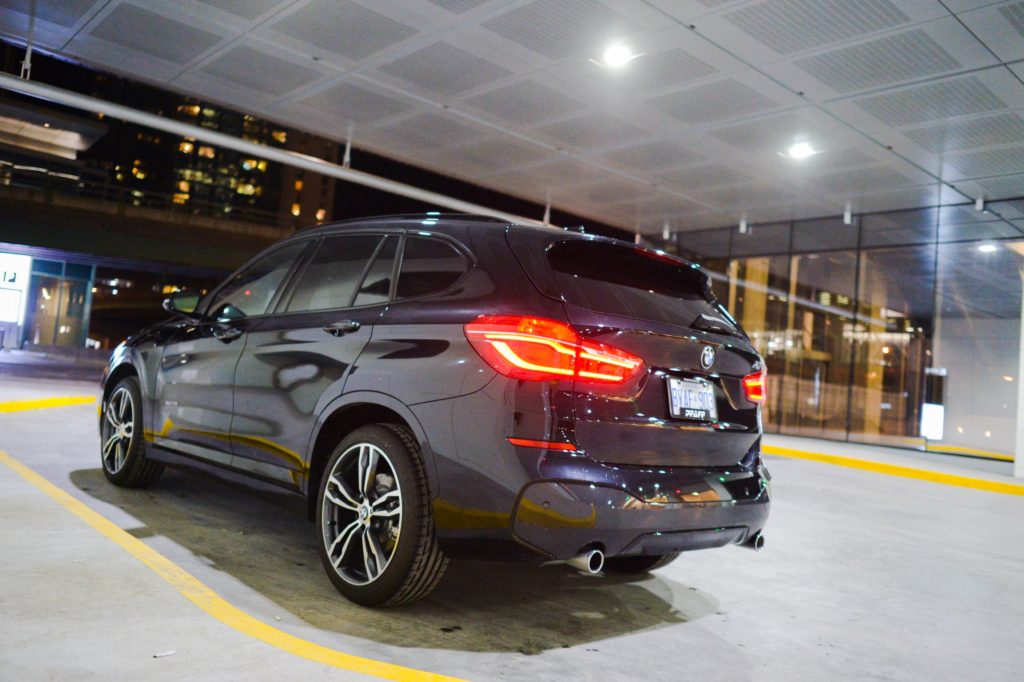 As you’d expect, the rear seats split and fold, and the rear cargo area, accessible through a power lift gate, is spacious. The lift-in height is particularly low, more hatchback than SUV, making tossing in large or awkward packages easier. And that’s the true genius of the X1’s new architecture: while it has the high-riding looks, and most of the ground clearance, that SUV buyers expect, the package, entry and exit, and cargo access is more car than truck, making it a great urban companion as well as something that can handle the occasional rough road.

Indeed, thanks to its compact exterior dimensions, quick steering, responsive drivetrain, and high-visibility seating position, the X1 is a pretty lovely car to toss around the urban jungle. It has a remarkably tight turning circle, it’s fun to thread through traffic and, should you decide to play with the shift paddles on the steering wheel (make sure you specify the inexpensive “sport automatic” option), feels like a hot hatchback in the way it responds on the road. The only major negative is an occasional jarring thump from below, when one of the heavy run-flat tires bangs into a pothole.

If you push the X1 as hard as you would a BMW sport sedan on a winding road, you will, of course, miss the balance of 50/50 weight distribution and of the front wheels steering while the rear wheels push you along. That said, the X1 still grips strongly, its steering delivers an excellent level of feel, and the brakes are strong, like you’d expect of a BMW. The standard xDrive all-wheel drive is primarily front-biased unless you truly need the rears in tough conditions, but there’s no torque steer to speak of, and the rear wheels engage seamlessly and smoothly when needed. All in all, it’s more fun to drive than you might expect, given the package. 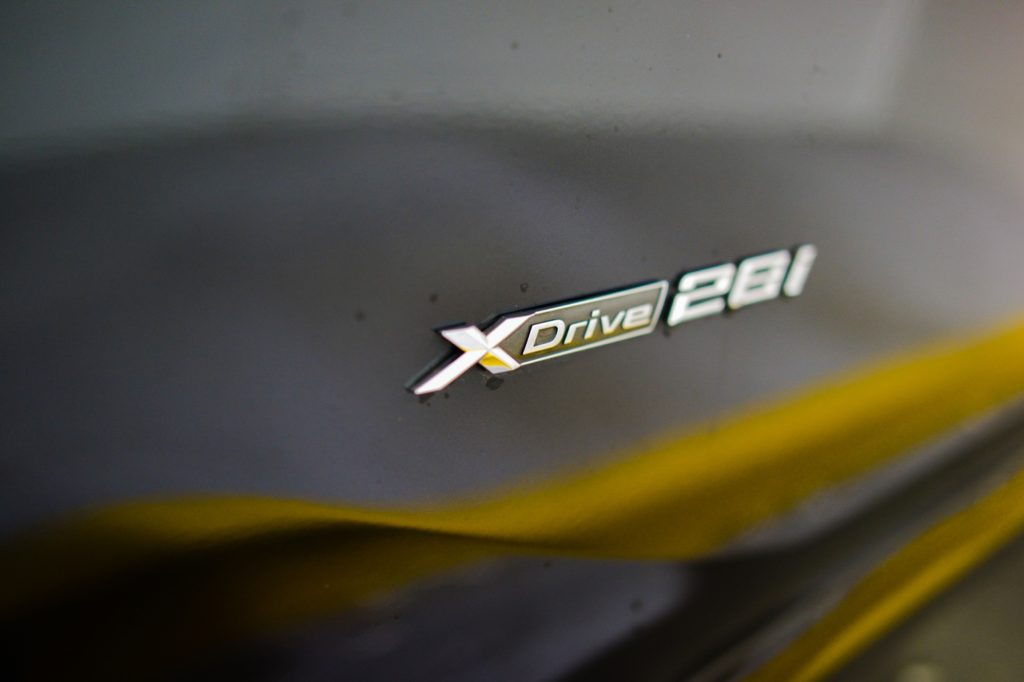 While there’s a part of me that wants to be more critical of the X1 – a turbocharged four-cylinder, transverse engine, and front-biased all-wheel drive are more conventional for the class than what went before – it’s hard to argue with the benefits that the platform switch has brought. The new X1 is better than the old X1 in every way: roomier, more comfortable, and more versatile as an SUV, while being faster in a straight line and, frankly, as good to toss around corners. I was surprised by how much I liked it, surprised by how well it fit into my city-dwelling life, and sad when I gave it back. 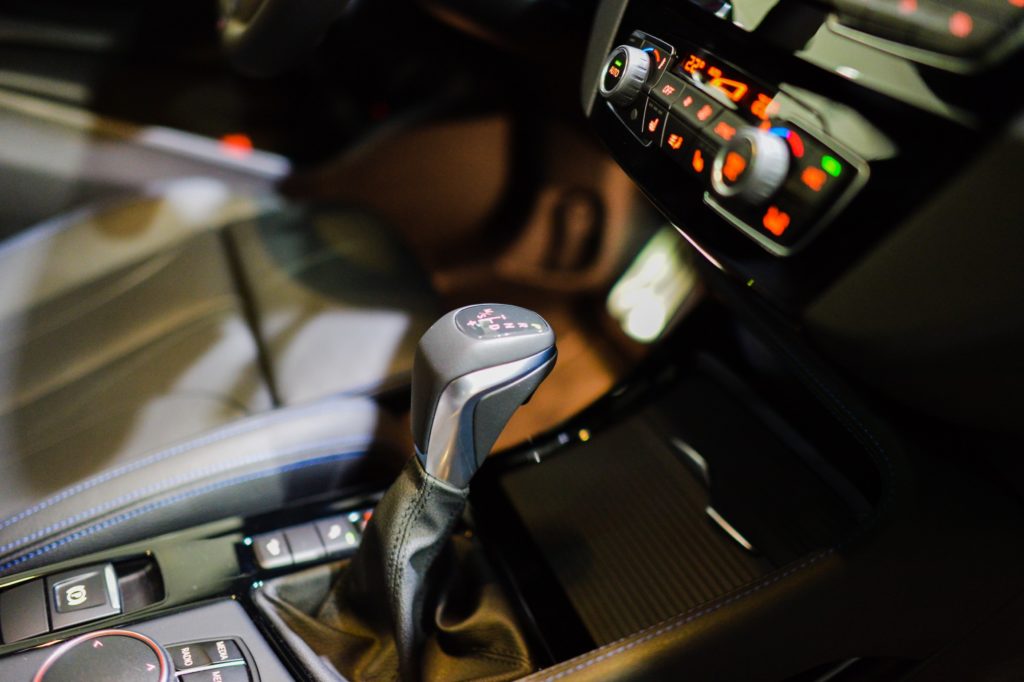