The Nickelball Tour – an adventure through Northern Ontario

Last weekend, we had the pleasure of joining up with fellow Porsche enthusiasts at the inaugural Nickelball Tour – a Porsche driving tour which covered some of the nicest (and often unexplored roads) in Northern Ontario. 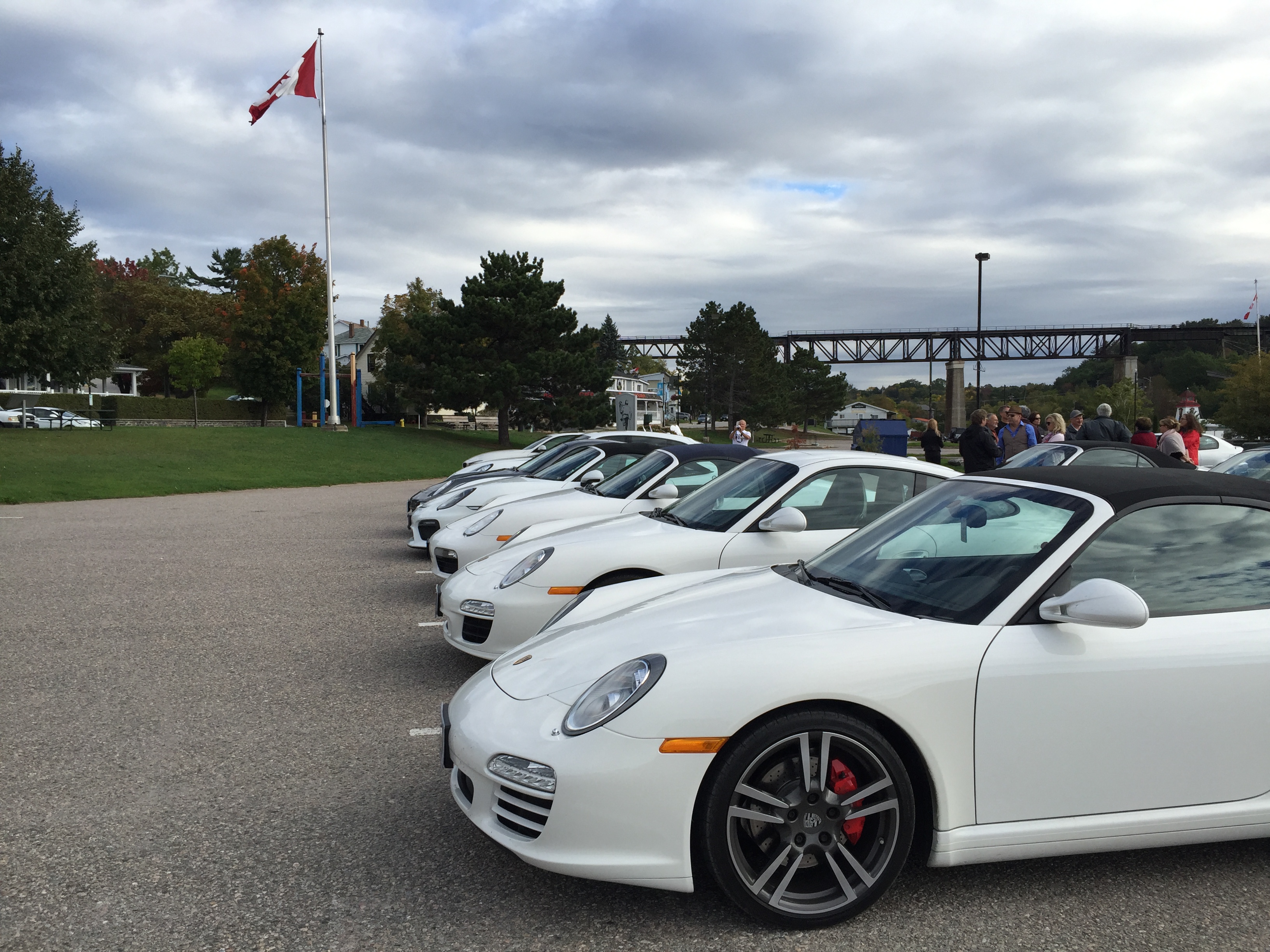 The tour kicked off in Parry Sound, and we progressed further north on winding roads, older highways, and some exhilarating on and off ramps that really accentuated the things that a Porsche does best. The first stop was the French River Vistor centre, where we regrouped and parked amidst the Canadian Shield and backdrop of pine trees and fall leaves. 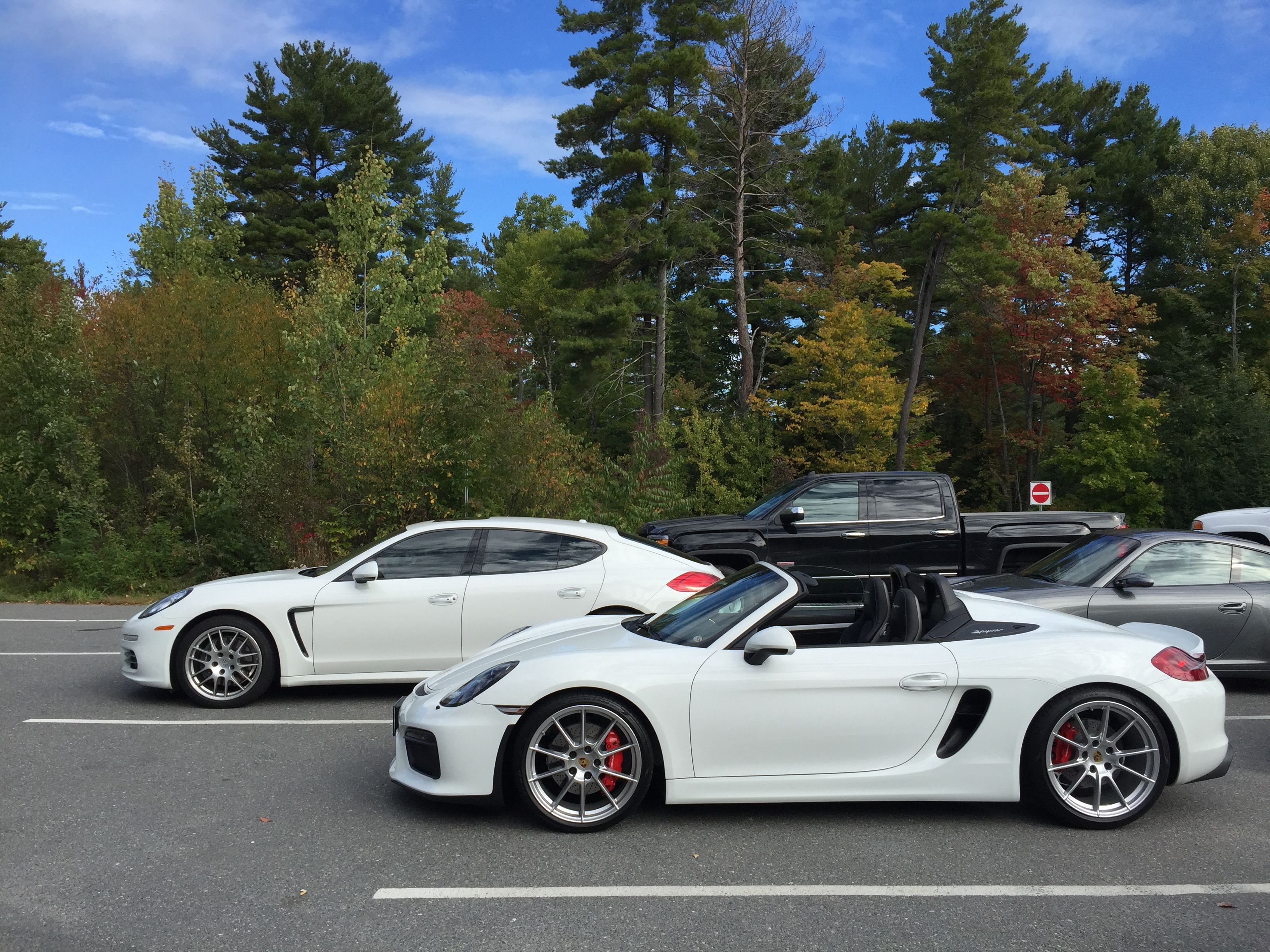 The Tour progressed on to the Nickel Capital of the World – Sudbury, Ontario, where we had a break for lunch. In the afternoon, drivers set off West along the Trans-Canada Highway to the Nothern start of Hwy 6. Twists and turns through the LaCloche mountains took us South to Manitoulin Island and an overnight stay in Little Current, where drivers bonded and enjoyed a great meal.

Sunday started with breakfast and drivers headed West along the Northern side of the Island along Hwy 540 with its dramatic elevation changes and twists towards Meldrum Bay. The Tour concluded at Providence Bay as participants piled onto the ferry in South Baymouth. 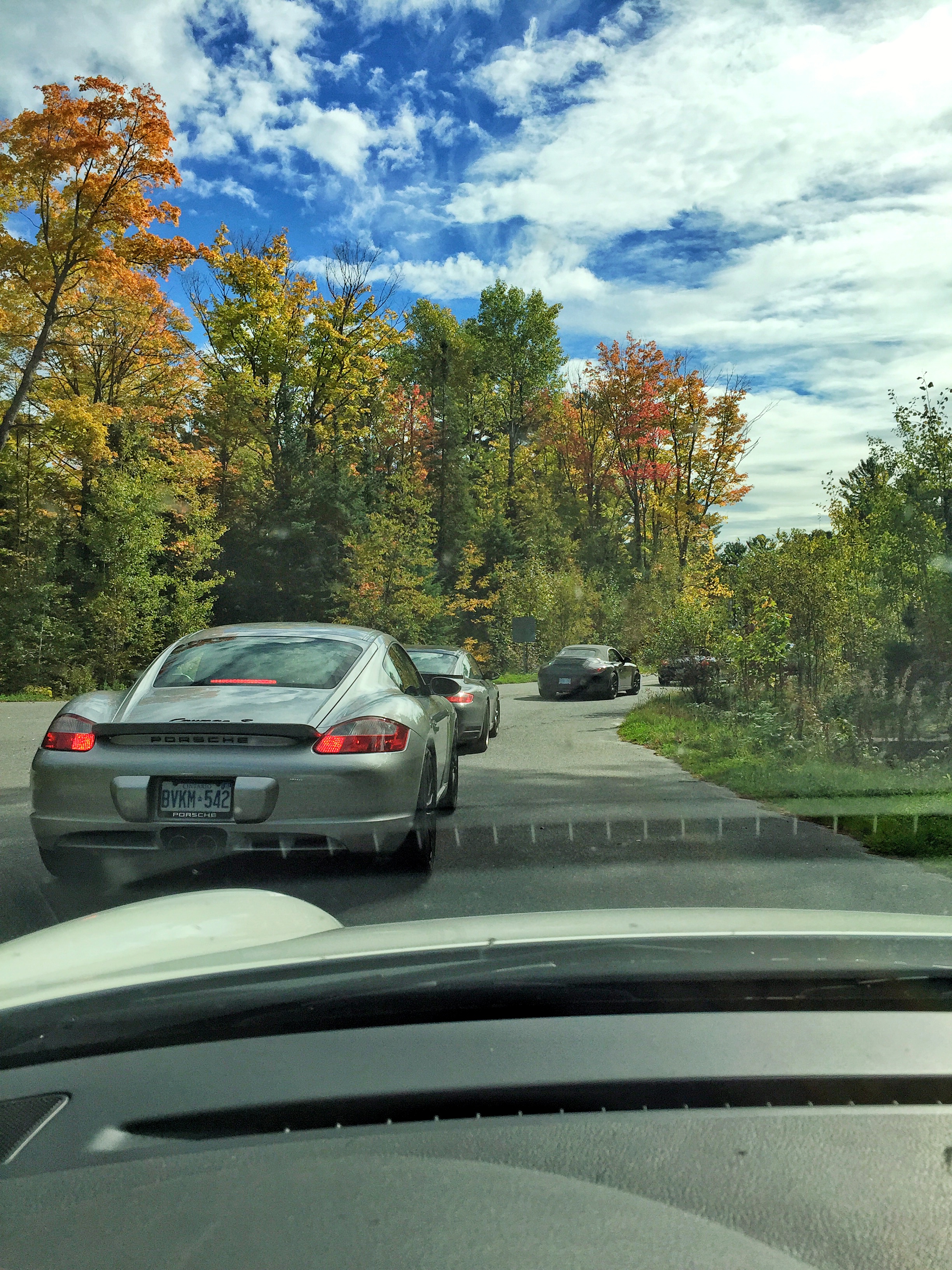 Thanks to the organizers for letting us tag along for a portion of the tour – it was great meeting so many Porsche enthusiasts and everyone had a wonderful time. We are certainly looking forward to next year for the 2nd Nickelball Tour!

Drivers gather in the early morning at Parry Sound wharf

Seems to be the colour of choice!

Clouds parted just in time for the Tour to kick off

The organizers gather everyone to go over ‘rules of the road’

Stopped at French River where the cars drew a crowd

Inside the museum at French River