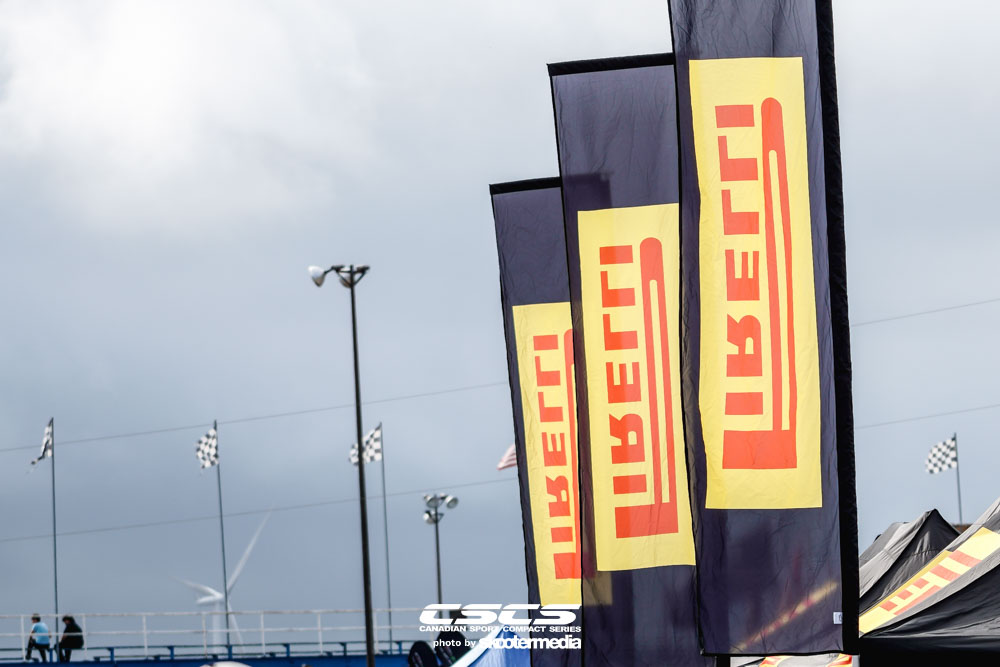 The day started off quite slow for the guys, as heavy rain put a halt to some of the morning’s qualifying sessions, so there wasn’t much on-track action for the Pfaff boys until the afternoon. The heavy rain made for less than ideal track conditions as tons of mud made it’s way onto the track surface. Qualifying for the Time Attack final went well as Orey Fidani topped the time charts with a 1:13.0 lap time, which was .7 below the current track record held by Sasha, and first place in the Unlimited RWD class. Sasha matched his record time in qualifying, but still had to find a bit of time to give Orey a run in the final. Steve qualified with a 1:16.6 in the super street class, which was good enough for the top time in that class heading into the final. 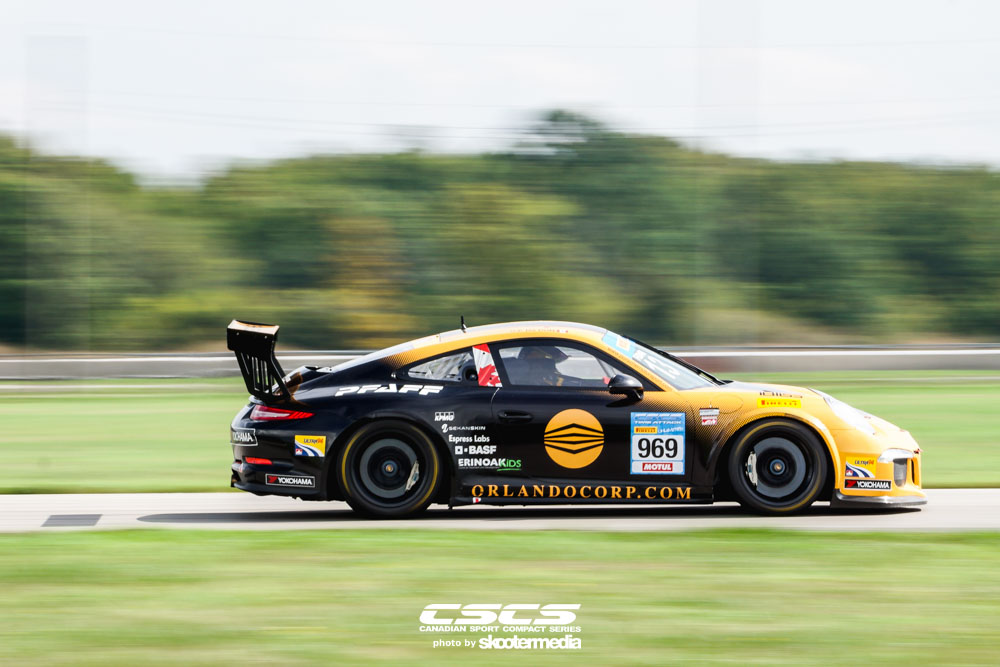 Pfaff Tuning had numerous cars on display at the event, highlighted by the McLaren 12c Spa-F edition, as well as a beautiful BMW M2 which doubled up as the pace car for the Max Attack race at the end of the day. It was also great seeing virtually the entire staff from Pfaff Tuning out to support the event, and cheer on their team as well – made for a great day!

When the finals came around, the drivers were forced to dig deep if they were going to match their times from qualifying and break any class records within the 3 time attack laps. First up from the Pfaff group was Steve Bortolotti in the #991 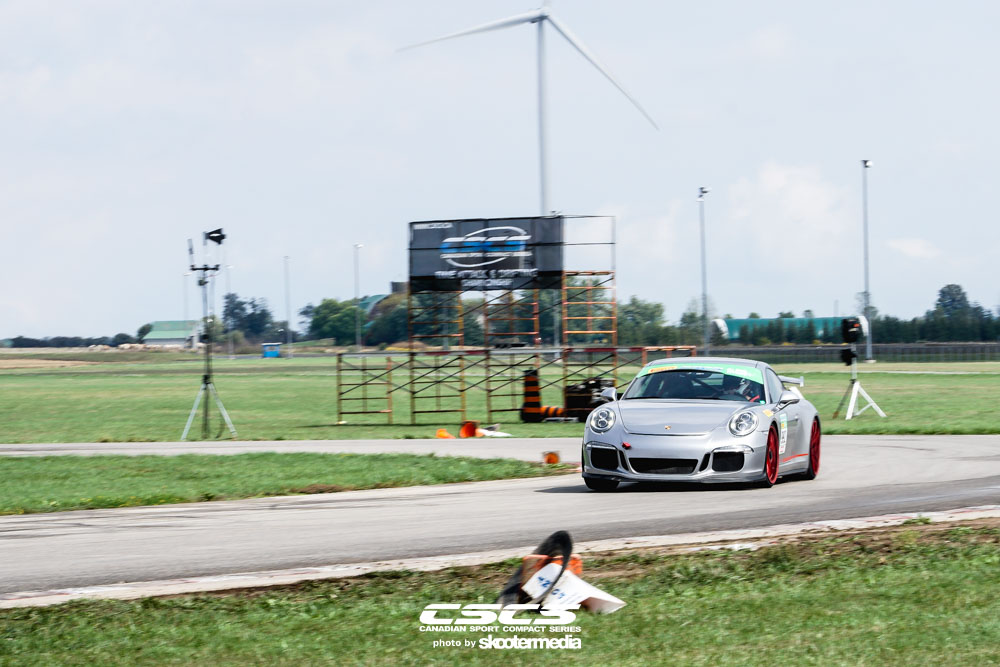 GT3 against a stacked super street field. Going into the final, Steve knew the biggest challenge was going to be to get the Pirelli Trofeo R tires up to temp as quickly as possible, with the goal of having lap 3 be the “money” lap. Driving aggressively to build heat on laps 1 & 2, Steve put down a solid 3rd lap despite a minor mistake in the chicane to run a time of 1:16.3 in the official timed session – good enough for a new Super Street RWD track record!

The battle in Unlimited RWD didn’t disappoint as Sasha Anis & Orey Fidani also drove very aggressively on laps 1 & 2 to build as much heat as possible into their Pirelli slicks, with all efforts focused on lap 3. The 3rd and final lap didn’t disappoint as Orey and Sasha both ran impressive times, with Sasha using a softer compound Pirelli slick, he was able to edge ahead of Orey, and break his previous track record with a 1:12.8 on the tight Cayuga circuit! 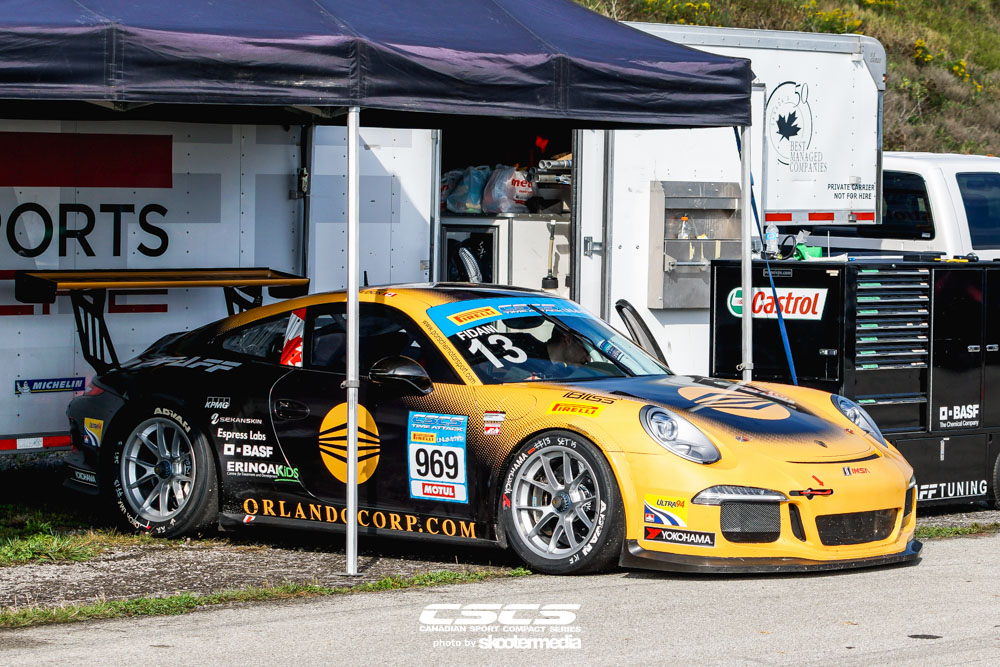 Overall a great way for our race team to bond outside the stresses of a typical IMSA race weekend, and have some fun at the race track! We’re looking forward to the Fall Classic this weekend at Tremblant!