Perry Mason and the H.J.Pfaff Audi 80 Coupe GTHistoric Racer were back at Canadian Tire Motorsport Park this past weekend for the 62nd annual BEMC Indian Summer Trophy Races. 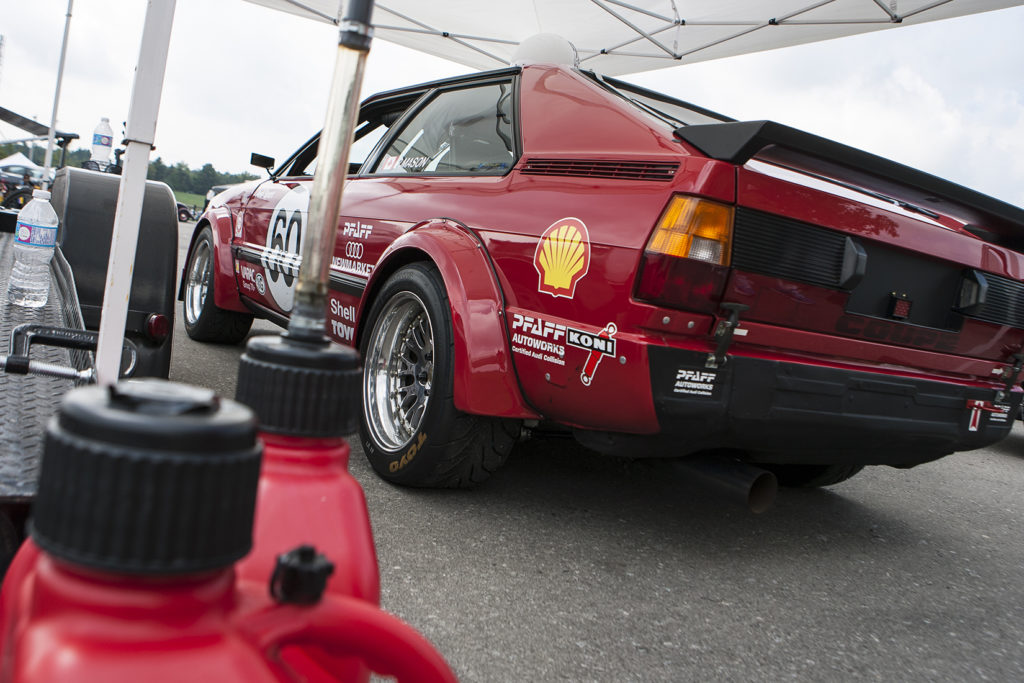 This was the third of four weekends planned for the Pfaff Team in the Vintage Automobile Racing Association of Canada (VARAC) Historic racing series.  Starting out the weekend, qualifying went well with Pole position in class secured by edging out second spot by .586sec in the damp conditions. 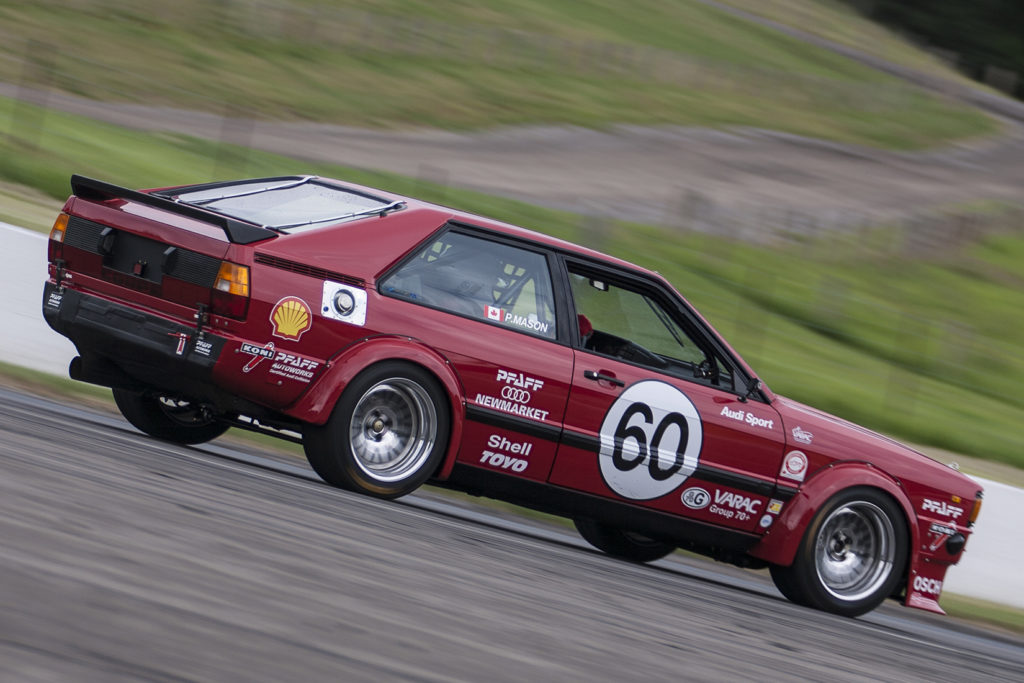 With a very gloomy forecast for the afternoon race one was sure to be interesting, and it was! The skies opened up with a deluge of rain which lasted through the entire 25 minute sprint to the checkered. Some were saying Perry was channeling his inner “Ayrton Senna”  and took the class win in the wet by a two lap margin! 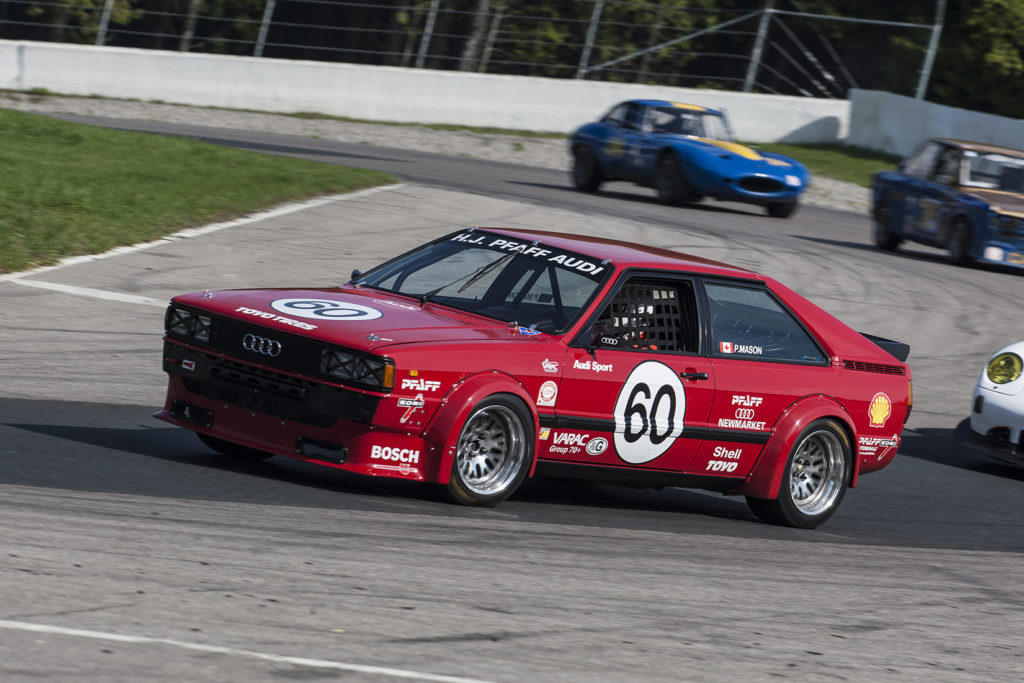 On Sunday morning, the weather was perfect and so was race two, with another win in the books. The final race of the weekend looked to be a Sunday drive, pardon the pun but as luck may have it the racing gremlins were pouncing. According to a fan, a large piece of debris came off another car and struck the Audi just before it lost power. The intercooler was knocked loose, causing the car to stall. After limping around to the pits, there just wasn’t enough time to repair the damage and finish the required 60% of laps to get maximum points. Due to the pit stop, Perry took big hit in what was the point lead 2 races ago, to now 2nd with one point over third.

Finally, the last race is at CTMP on the October 1-2 weekend, free tickets are downloadable here: http://www.casc.on.ca/sites/default/files/casc_cel_oct_1-2_eticket.pdf