It’s hard to believe that it’s already the second-last day of the Pfaff Monterey travel experience, but Saturday was the most action-packed day yet, featuring an amazing mix of the historic and the modern.

The day began with a visit to Laguna Seca raceway, where hundreds of historic racing cars were gathered for the Rolex Monterey Motorsports Reunion. Racing in many different classes, it was thrilling to see these historic vehicles come to life, at speed on the track.

BMW was the featured marque of this year’s reunion, coinciding with the brand’s 100th anniversary, and a massive tent and display in the paddock showed off some of BMW’s most iconic racing cars, from the 3.0 CSL coupes to the BMW-powered McLaren F1, to modern racing cars like the Z4 and the M235 Racing.

Other Pfaff brands present at the festival included Porsche and McLaren. Porsche was showcasing a limited run of five 997 GT3 Cup cars hot-rodded with 4.0-litre engines by Andial, and presented in period racing livery; numerous Porsche race cars peppered all of the racing classes and were performing strongly, as expected.

McLaren race cars were the highlight of the Can-Am series, both in the 1970s and the present. The distinctive orange cars featured incredible wedge-shaped bodies and powerful engines producing huge horsepower.

After the track, it was a quick dash to the hills above Carmel, where Pfaff guests were treated to a private audience with Singer Vehicle Design founder and creative force Rob Dickinson, who gave them an in-depth explanation of the vehicles on display.

It was then time to get behind the wheel and enjoy a short, but exciting, winding route up and down the hill to experience the Singer-restored 911’s incredible responsiveness and beautiful feel.

A group dinner wasn’t the end of the evening: guests were then ushered to another house in the hills, where Pagani, in conjunction with the Gumball 3000 rally, hosted its annual party. In stark contrast to the very serious automotive events of the weekend, it was a chance for everyone to let their hair down and have a great time, with energetic music, a cigar-rolling lounge, signature cocktails, and a festive atmosphere. 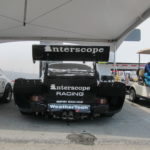 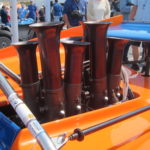 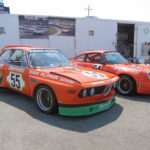 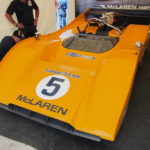 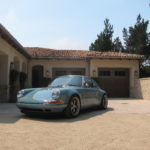 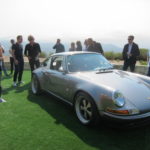 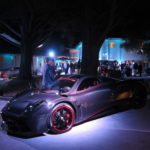 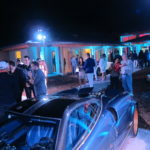 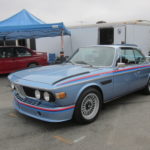 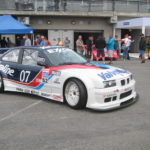 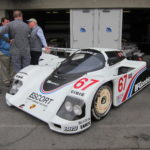 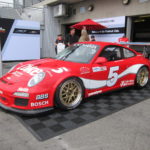 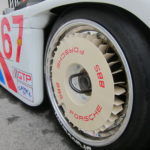 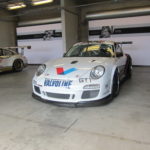 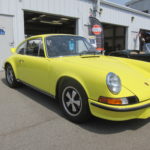 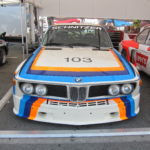