For 14 years, The Quail, A Motorsports Gathering has provided an unparalleled and exclusive experience for motorsports enthusiasts and collectors from around the world to enjoy rare collections of fine automobiles and motorcycles in a garden-party setting on the rolling greens of Quail Lodge & Golf Club. The event was one of the centrepieces of the Pfaff Monterey travel experience, a third day of activity for guests.

One of the featured themes of this year’s Quail was the 100th anniversary of BMW, and many iconic examples of the marque were on display, accompanied by a parade of historic racing cars on the event grounds. Some highlights included a BMW 507 roadster, the M2 Hommage concept car, and a breathtaking McLaren F1 road car, powered by a 6.1-litre BMW M V12.

Other featured categories included a retrospective of Laguna Seca; the 50th anniversary of the Lamborghini Miura, the great Ferraris; supercars, and post-war sports and racing cars, which drew many great marques, including Porsche and McLaren.

Pfaff brands Singer Vehicle Design and Pagani were also on display – guests of Pfaff are exclusively treated to test drives of these incredible vehicles as part of the package. In between checking out the vehicles on display, guests took advantage of numerous food pavilions themed to represent the locales that Peninsula Hotels, the owner of the Quail, operates in.

After a quick rest, shower, and change, Pfaff guests were whisked to Bernardus Lodge for an exclusive McLaren test-drive experience – the first opportunity for Canadians to drive the new McLaren 570GT. Combining the powerful dynamics of the 570S with the comfort of a grand-touring car, the 570GT features a full glass roof, versatile touring deck, and a road-biased suspension setup. Everyone that experienced it came back with a massive smile on their face – and an understanding of its unique place in the McLaren lineup.

After their drives, a cocktail reception at Bernardus, with McLaren executives, designers, engineers, and drivers, was followed by dinner on the resort’s beautiful terrace – a great place to watch the sun go down and reflect on an incredible day on the Monterey peninsula. 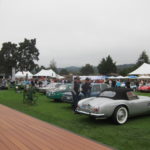 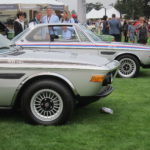 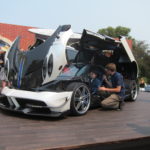 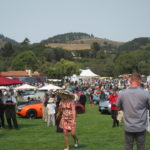 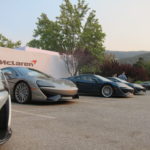 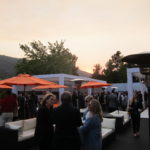 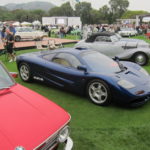