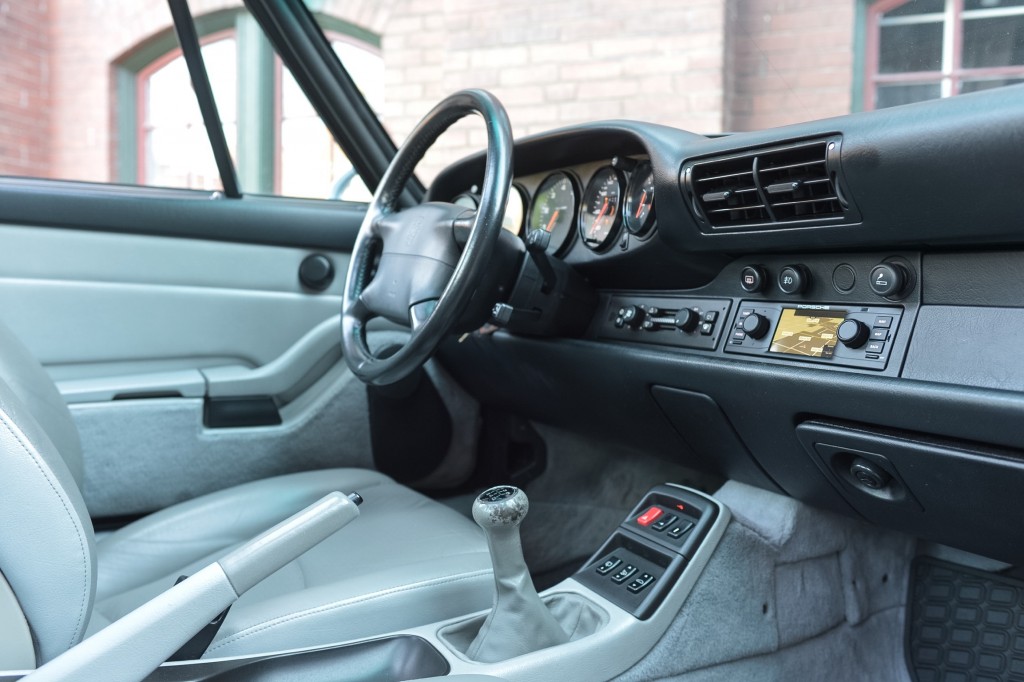 There’s no car brand in the world that takes better care of its old-car owners than Porsche. It’s not just because the people that work there are incredibly passionate and devoted enthusiasts – though they are, as any visit to Porsche Classic’s workshops in Stuttgart will prove – but also because the company understands the profit potential for serving this group.

Proportionally, there are a huge number of older Porsche vehicles on the road, and by now, they’ve passed into the hands of enthusiastic owners happy to lavish attention, and money, on their prized possessions. We’re suckers for anything with a Porsche logo on it, whether it’s a replacement part for something that’s failed on our old cars, factory-approved motor oil that’s supposedly formulated specifically to work best with air-cooled engines, or, in this case, a touch-screen navigation system designed specifically to give our old car new infotainment tricks, while maintaining a vintage look.

I ordered a Porsche Classic Radio Navigation system from Pfaff Porsche as soon as I became aware it would become available in North America. Priced at $1,550 plus installation (you’ll also need a couple of cables depending on your car), it is substantially pricier than any aftermarket system that features its array of functions – namely, touch-screen navigation, radio, Bluetooth streaming and telephone functions, and SiriusXM capability; its functions are almost all available on a modern smartphone. That said, for us idiots, there’s something about such a system that actually looks like it belongs on our old car’s dashboard, is essentially plug-and-play, and has a Porsche logo on it. 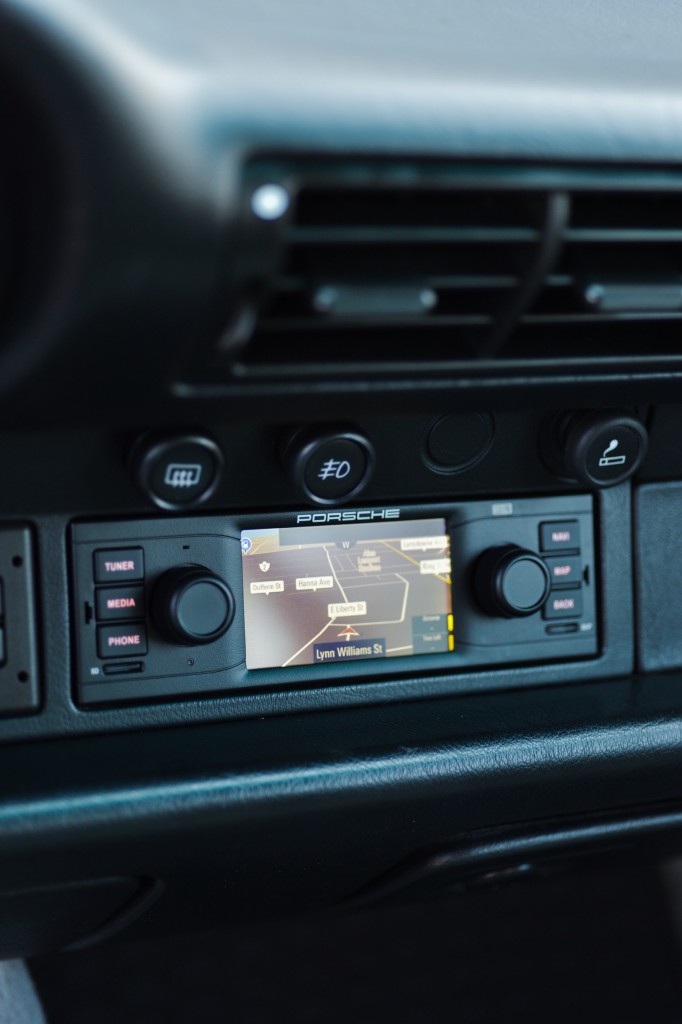 My 1995 993’s original Alpine tape deck had been replaced a couple of times, with a functional but oh-so-aftermarket looking Sony XPlod system the latest “upgrade.” One of Pfaff’s resident old-car technicians, David Draganac, installed it quickly, replacing the head unit, routing and tucking wires for the microphone (which he mounted at the top of the A-pillar), GPS receiver, and media box with two USB ports and auxiliary input (tucked away in my 993’s glovebox). Installed, it looks completely factory, and the PCRN even includes two sets of knobs – a chrome-plated set for early 911s, and a black plastic set for later cars; you can set the system’s backlighting to white, green, or amber to match your dashboard. 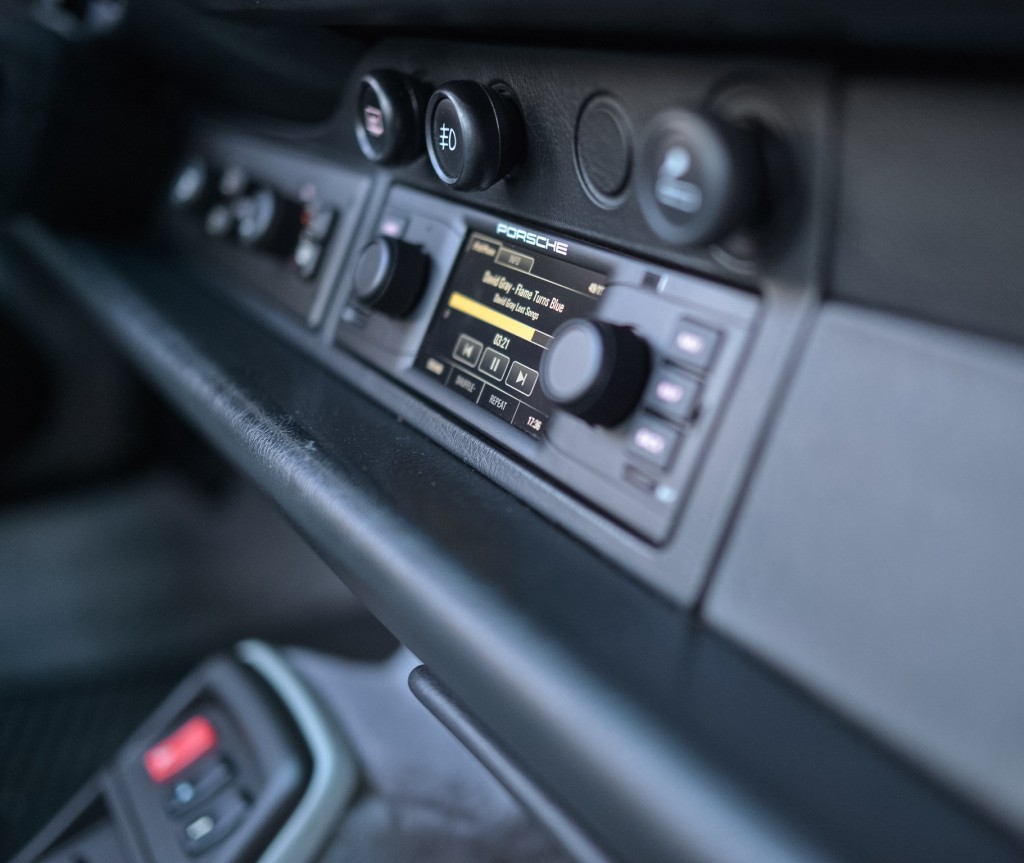 I have to admit that my first impressions weren’t 100% favourable. I plugged my iPhone into the media box, set up Bluetooth (which is as easy as with any other system on the market), and hit the road – and discovered that loading my music was taking absolutely forever. Fortunately, much like the PCM systems in recent Porsches, PCRN “indexes” the content of whatever you’ve plugged into one of its two USB ports, and, depending on how many songs, podcasts, and audiobooks you have loaded, that can take a while – the first time.

After that first drive, I re-plugged my iPhone (with fresh content on it), and the interface was as snappy and responsive as you would expect; once a device is indexed, any changes to what’s on it update the system much more quickly. Even better, because of the system’s terrific integration, you can surf your playlists seamlessly, and the audio controls are intuitive. Sound quality from the system is really good – clean and clear, with the caveat that, at least on my car, a very faint whine could be heard from the speakers with the engine at high revs. Relocating the small microphone should cure this.

If you’re familiar with the PCM 3.0/3.1 systems used in Porsches from model years 2009-2016, PCRN’s look and menus will seem familiar. The menus have been adapted to fit the tiny touchscreen, and even though the text is pretty tiny, the screen’s amazing resolution means it remains easy to read. In practice, it’s often easier to use the control knob than the touchscreen while driving – it’s more accurate, easy to grasp, and you don’t leave fingerprints all over the screen. 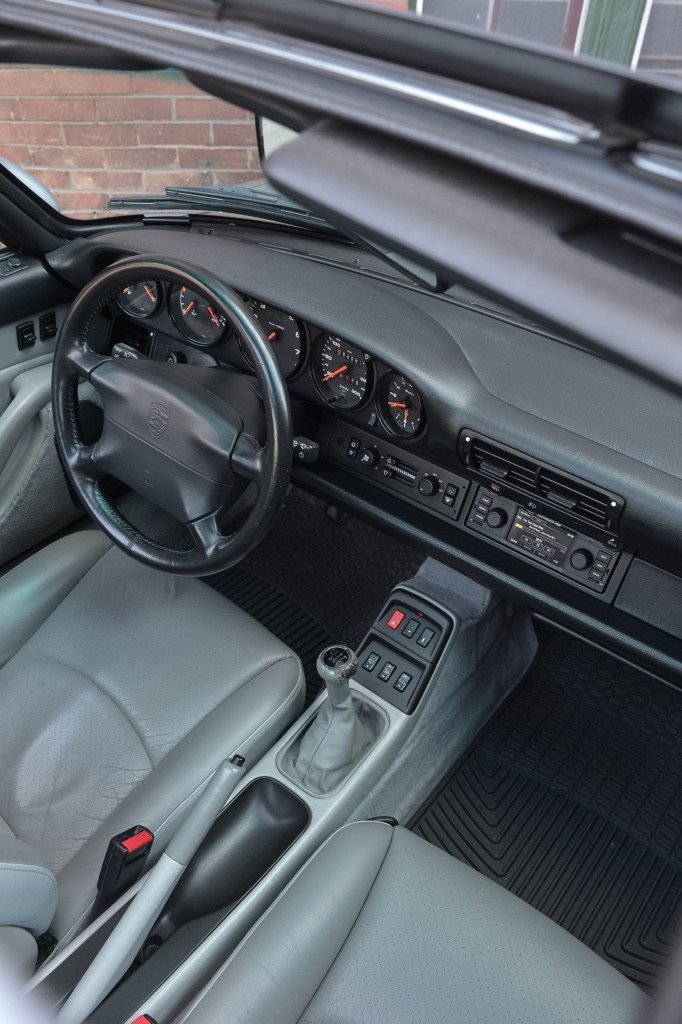 PCRN may look like PCM 3.0/3.1, but it’s actually different, something most apparent in the way the navigation system behaves. I love how it shows the street you are currently travelling on at the bottom of the screen, and the intersection you are approaching at the top of the screen; its 3D view is also easy to ready and friendly to use. Conversely, at least in its default settings, the system can be overly intrusive with voice instructions, and (until I found the menu item) even piped up every time I exceeded the speed limit. Some time with the manual helped me find a friendlier voice, dial down the verbosity, and pretty soon I had PCRN behaving just the way I wanted. 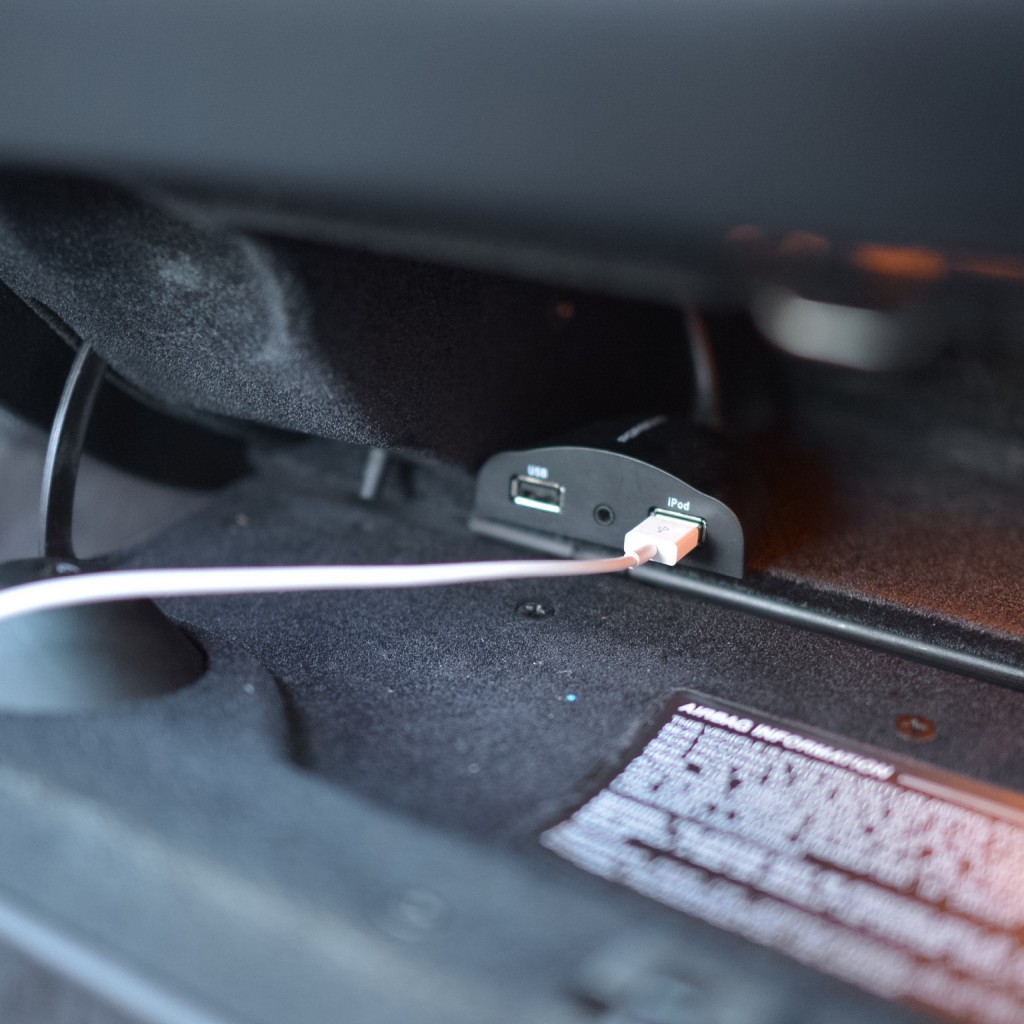 Cramming all of the features and functions of a double-DIN head unit like PCM into a single-DIN footprint like PCRN necessarily involves some compromise; if you have bad eyesight, the brightly-lit screen with its tiny text will drive you nuts, while the GPS receiver can sometimes take a while to acquire a signal after a night in an underground lot. Conversely, it’s amazing what Porsche has managed to pack into such a small unit – up-to-date nav, a really solid iPod/iPhone interface, Bluetooth phone and streaming functionality, SiriusXM readiness, and more.

And PCRN does so with styling that fits the look and feel of our old-Porsche dashboards. It looks and feels like it was conceived and installed at the factory, and if you’re someone that actually drives your old Porsche, it adds some very useful features for the daily commute, or for long road trips. Learn more about PCRN here. 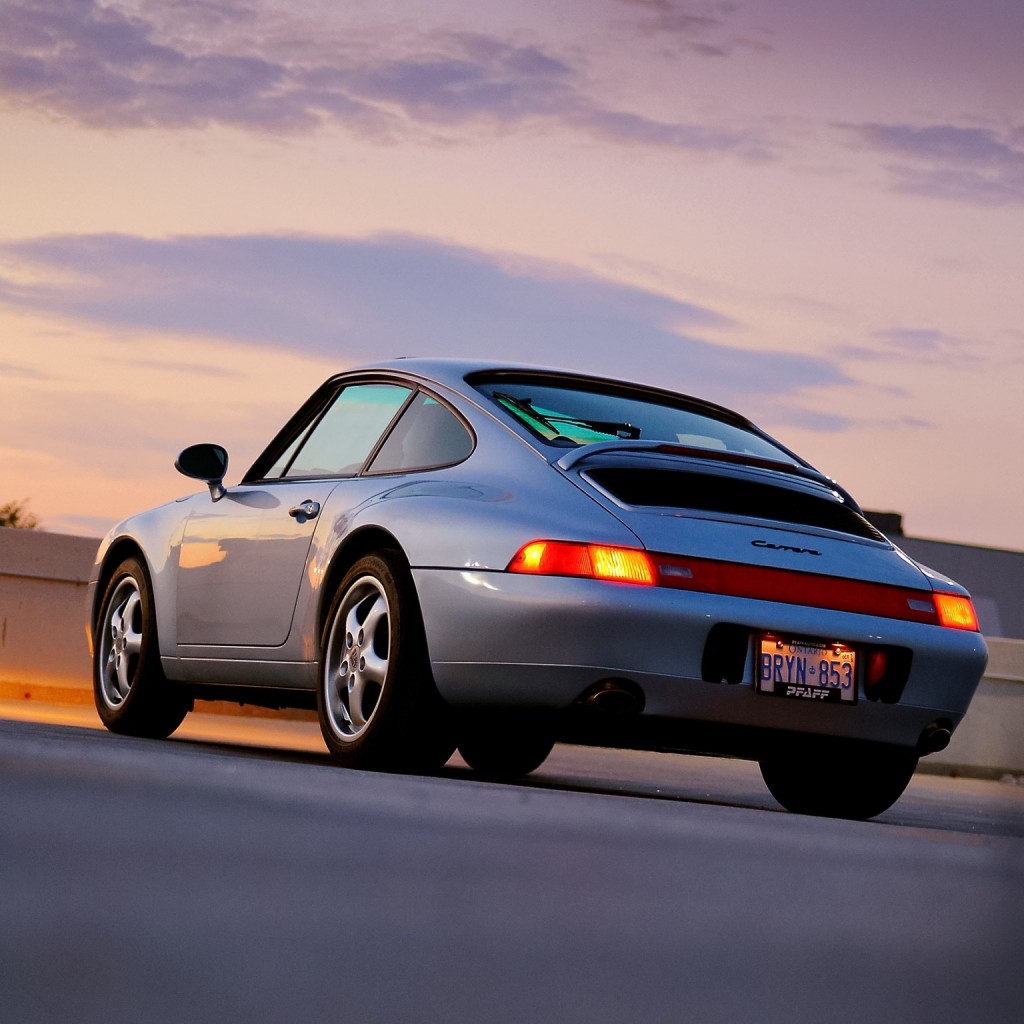