The first race weekend of the year kicked off with highs and lows for the Pfaff Motorsports team, competing in the Pirelli World Challenge and the Canadian Porsche GT3 Cup Challenge. An eventful Friday qualifying session put Chris Green, driving the #09 Castrol/Pfaff Motorsports 911 GT3 Cup, on pole in the GT Cup class of the Pirelli series, while Gerald Panneton started second in his class in the Canadian Porsche series, with Orey Fidani starting at the back of the field after an unfortunate spin during his qualifying session. 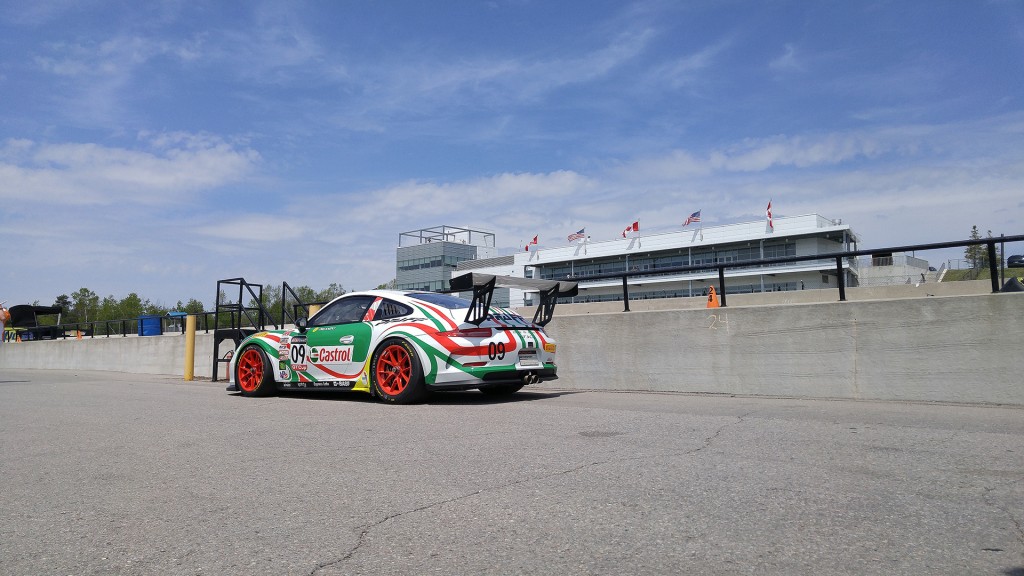 Saturday’s action kicked off with the Pirelli World Challenge race, where the GT Cup field, led by Green, shared the track with the “big boys” of the series, including the new Porsche 911 GT3 R, McLaren 650S, Audi R8, and many other competitors able to turn in faster lap times due to their enhanced aerodynamics. Still, Green held his own, starting very well, and consistently pulling ahead of second-place Alec Udell despite a conservative driving style.

“I felt comfortable with the car,” Green said, “and I could tell it had a lot more to offer. While it was a challenge dealing with faster-moving traffic while maintaining a strong pace, I was pulling away from Udell all the time, when during the 26th minute, I suffered a blowout. I could tell the tire was feeling a bit low from the lap before, and when I came out of turn 5B, the tire blew, and I had to return to the pits. The Pfaff Motorsports team did a great job replacing the right rear tire – in the Pirelli series, only one team member can be over the wall at any given time – and they got me out fast enough to remain on the lead lap, where the car’s performance and mine continued to improve. Ultimately, I finished within half a lap of the leader.” 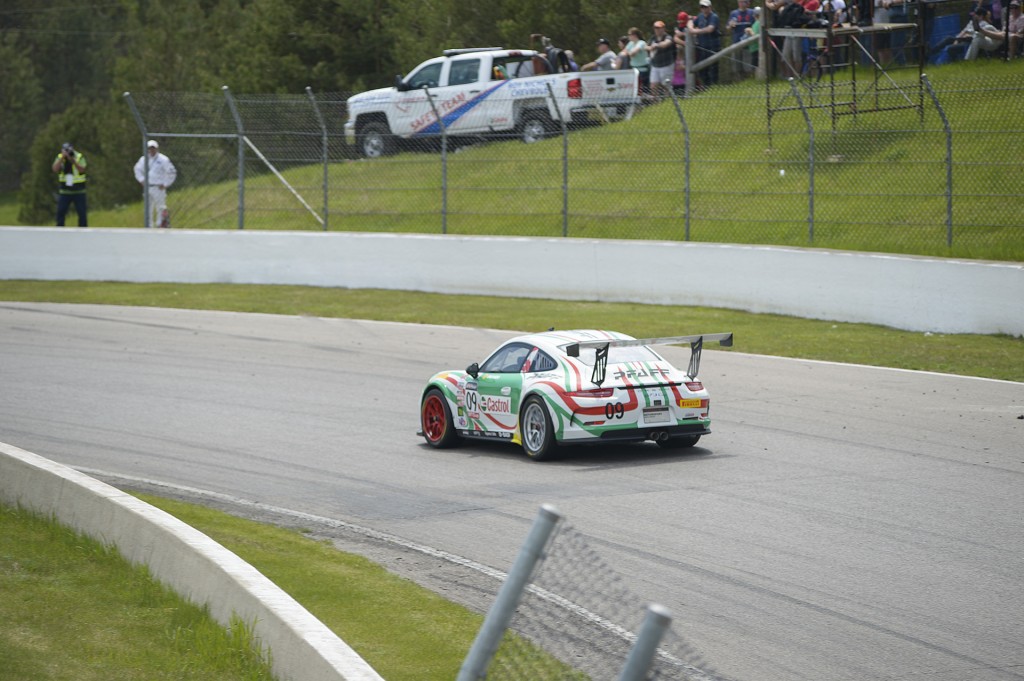 At the end of the 60-minute race, Pfaff-sponsored Kyle Marcelli, in the CRP Racing Audi R8 LMS, finished a strong sixth, the McLaren Toronto-sponsored 650S GT3 of Alvaro Parente finished eighth, with Austin Cindric in a second 650S in ninth.

While disappointed with his fourth-place result, Green will again start on pole position in tomorrow’s PWC race, due to turning the fastest race lap in his class. The race runs from 3:30 pm eastern and can be watched live at world-challenge.com. 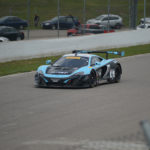 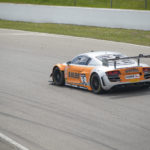 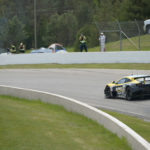 The Canadian Porsche challenge ran immediately after the PWC race. Starting from the back of the Grid, Orey Fidani’s goal was to use the race to practice his technique and try to work his way up through the field. In the end, he ended up passing the entire Silver class, the entire Gold class, and also passed Valerie Chiasson for eighth place in Platinum.

“I had to be patient,” said Fidani, “but I set myself up, and waited for Valerie to make a mistake. Finally, an opportunity presented itself, and I got a great shot out of turn 5B, and I passed her on the back straight. The car felt good; it was dead-neutral all weekend and the crew for the #13 Orlando Corporation/Pfaff Motorsports car did a great job.” 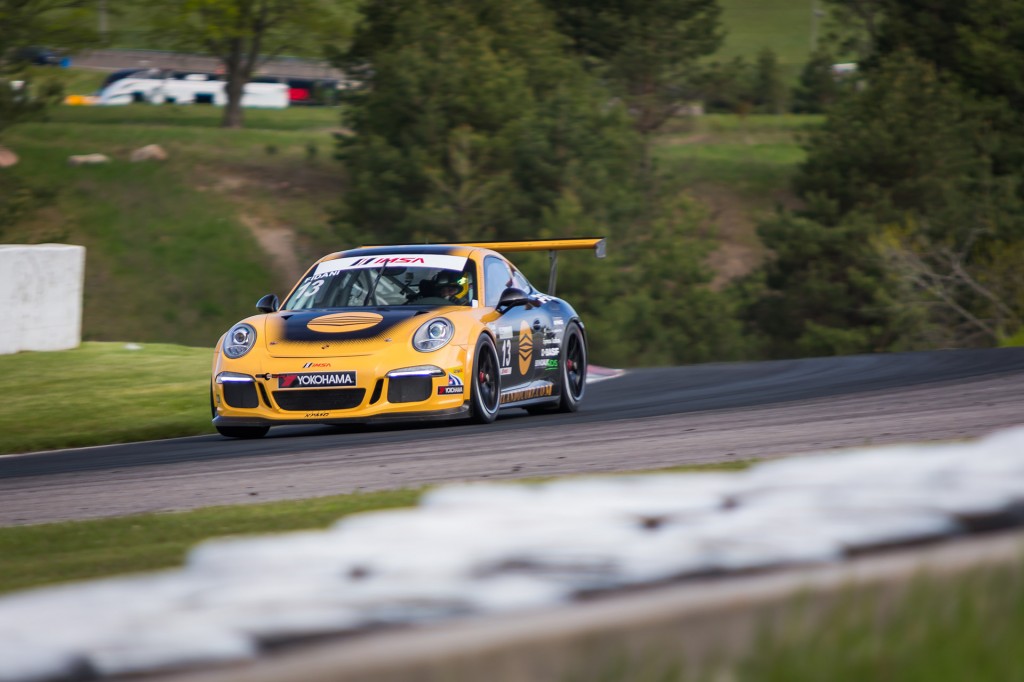 For Gerald Panneton, in his first weekend in the Canadian series, and his first race, the goal was to bring the car home in one piece; he also delivered a podium finish, starting second in his class and finishing second.

“I’m getting to know the Cayman GT4 a lot better now. It’s actually quite different from the 997-generation GT3 Cup car. In terms of power and downforce, the GT4 is a little more comparable to a street car, and I’m still learning its intricacies. The car can be quite bouncy on some sections of the track, and we’re hoping to improve this situation in coming races. Still, I enjoyed the race, and I was feeling good at the end of the session.” 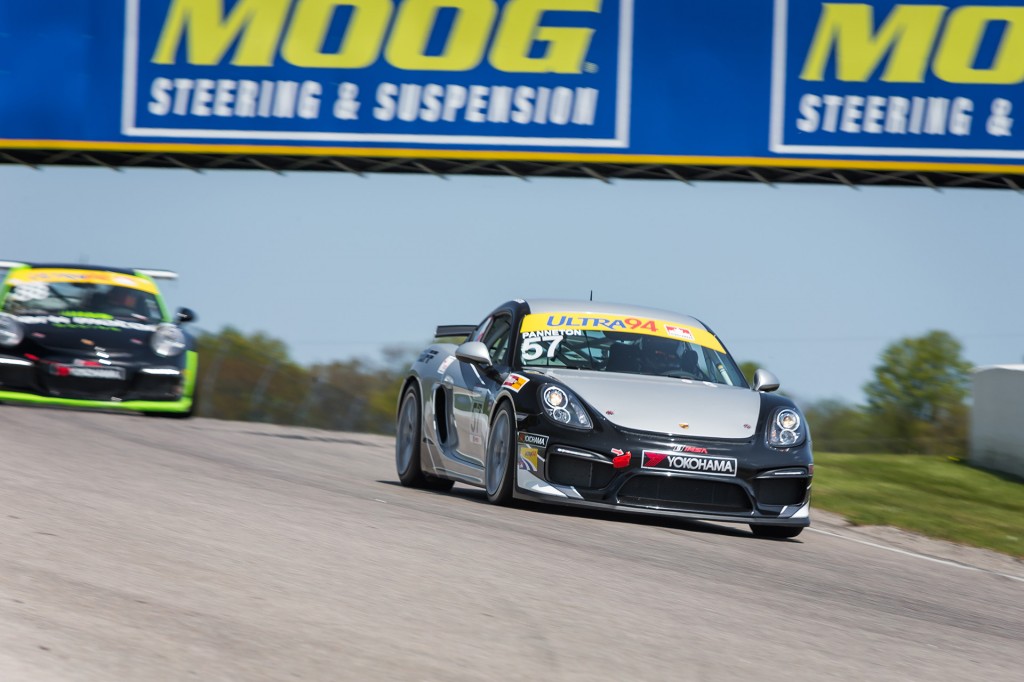 The second race of the Canadian GT3 Cup series runs tomorrow at 11:30 am. You can follow live timing at scoring.imsa.com, and follow us live on Facebook.