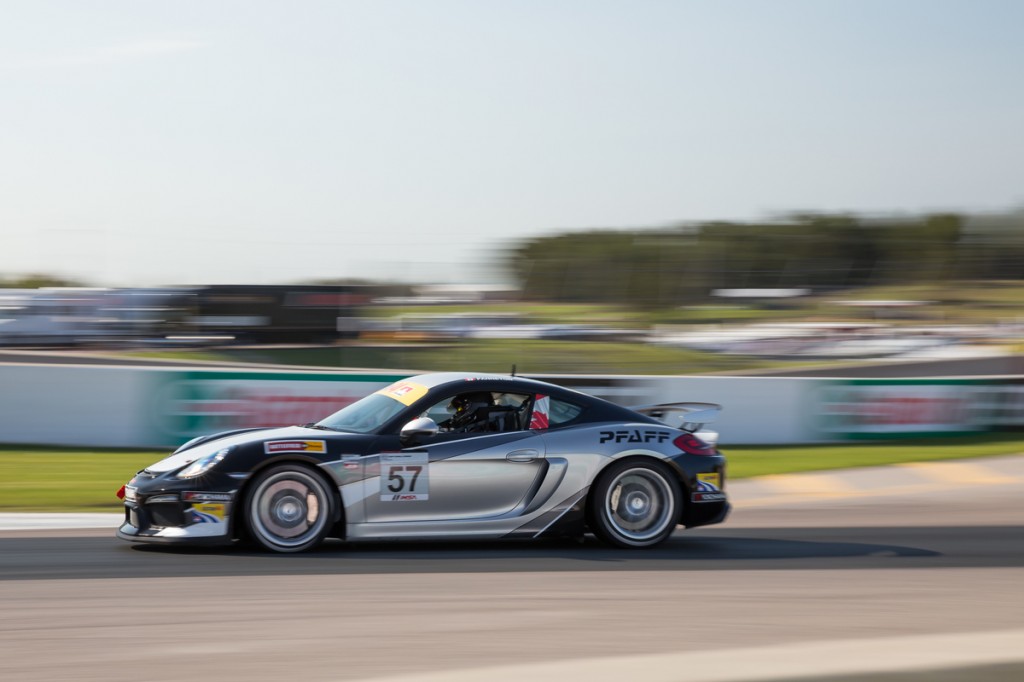 As the sun set on a beautiful spring day, the Pfaff Motorsports crew was hard at work preparing for tomorrow’s festivities after an eventful qualifying run. 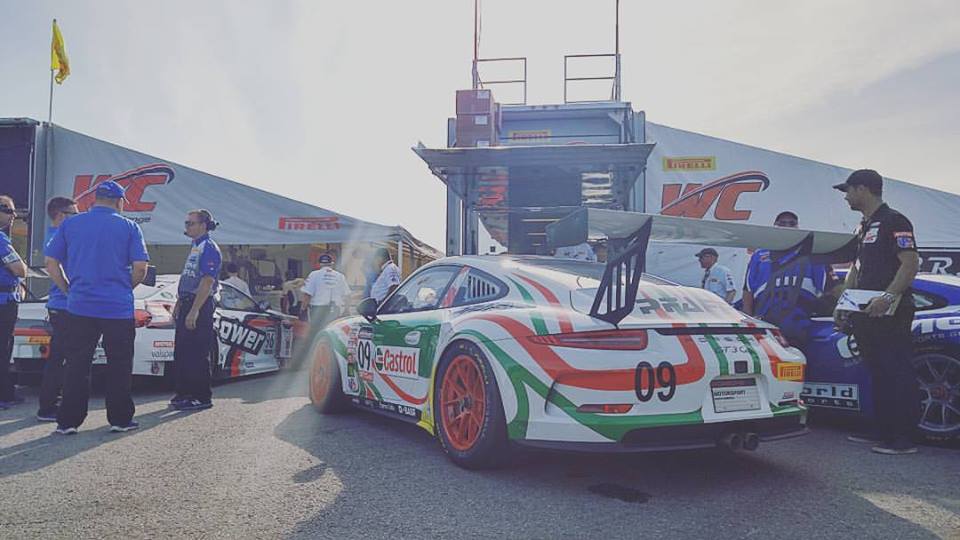 Chris Green qualified the #09 Castrol/Pfaff Motorsports Porsche on pole in the GT-Cup class for tomorrow’s Pirelli World Challenge main event! By the narrowest of margins, Chris out qualified GMG Racing’s Alec Udell by 0.069 sec, and has his sights set on stealing a win at his home track. 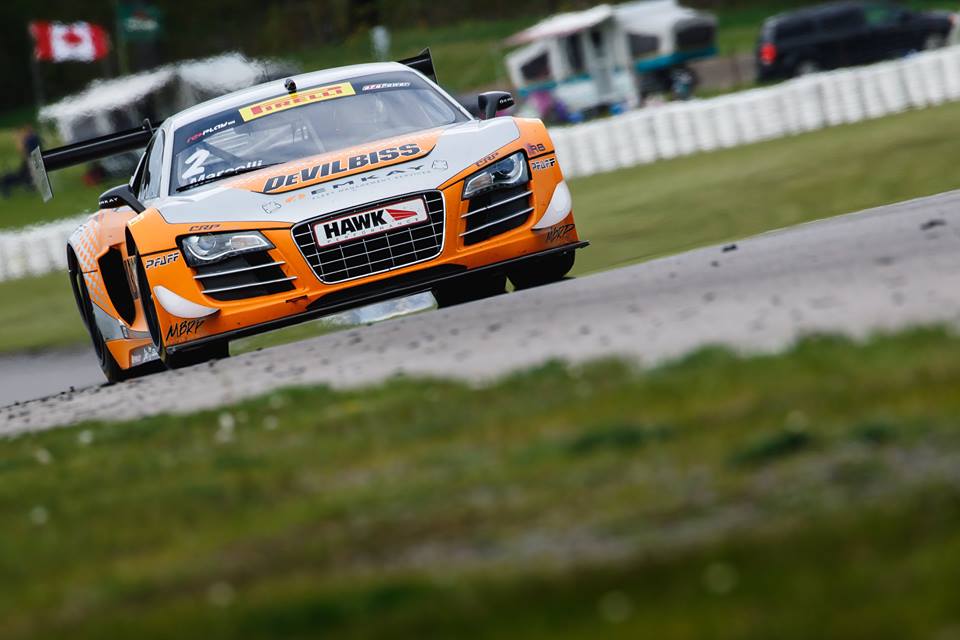 In the World Challenge GT class, Pfaff-sponsored Kyle Marcelli qualified third in the No. 2 CRP Racing Audi R8, while Alvaro Parente, driving the No. 9 K-PAX Racing Pfaff/McLaren Toronto McLaren 650S, posted a time of 1:16.194 for fifth, ahead of teammate Austin Cindric. 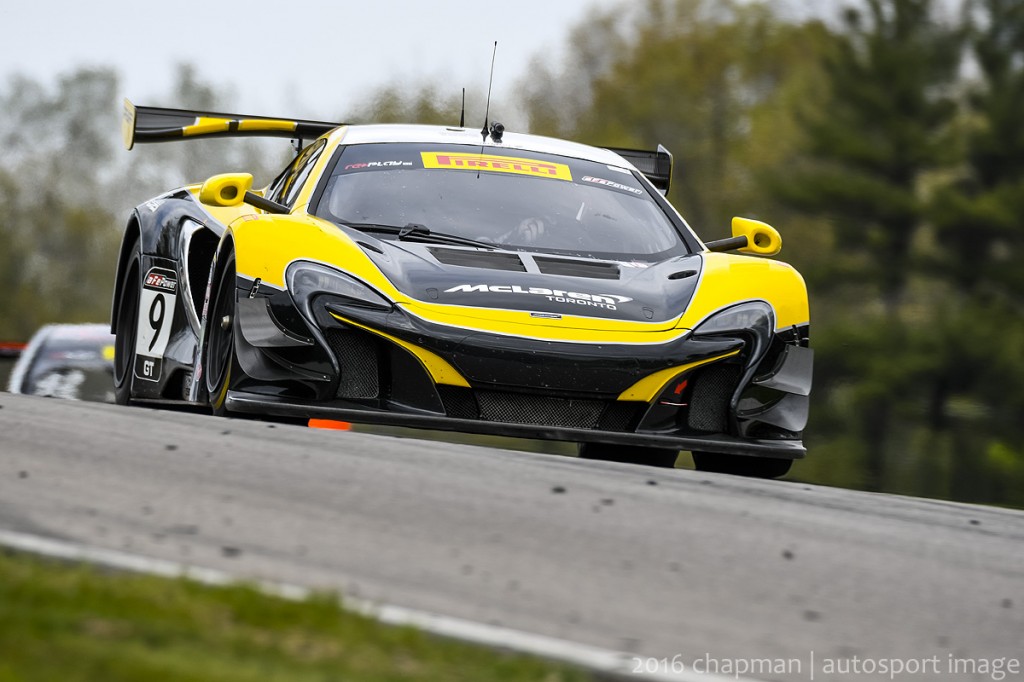 In the Porsche GT3 Cup Challenge Canada, Orey Fidani got off to a strong start in his first weekend driving a new Platinum class car, sitting in the top-five for most of the first half of the session. Unfortunately, he spun while entering turn one, which ended his qualifying run, putting him back to eighth on the grid for tomorrow’s race. Orey showed strong pace today and we’re looking forward to his progress tomorrow! 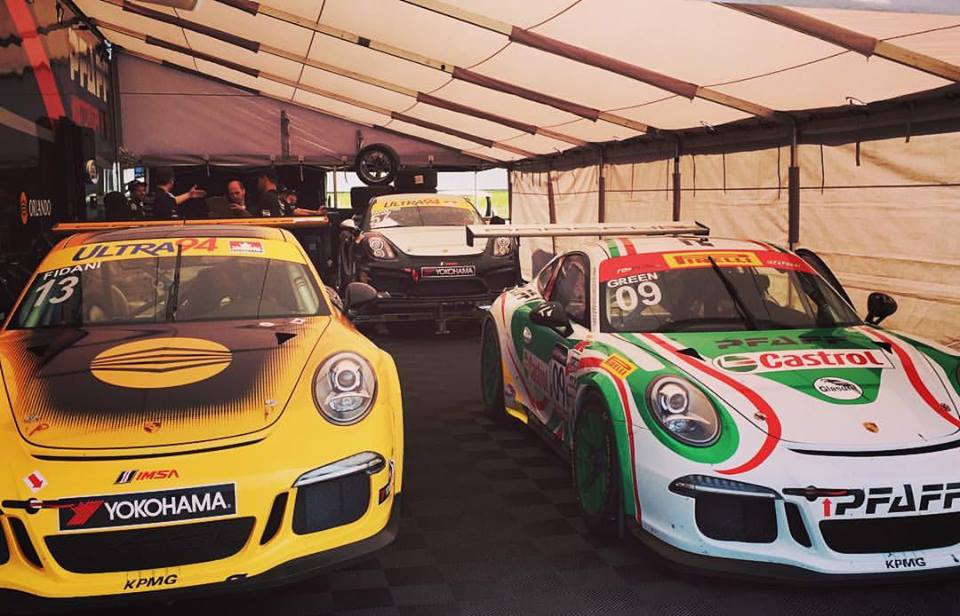 In the Silver class, Gerald Panneton improved throughout the day in his #57 Cayman GT4 Clubsport, and is getting more and more comfortable with his car. He ran a personal best time in qualifying, which put him P2 in his class, setting up an exciting race tomorrow afternoon. 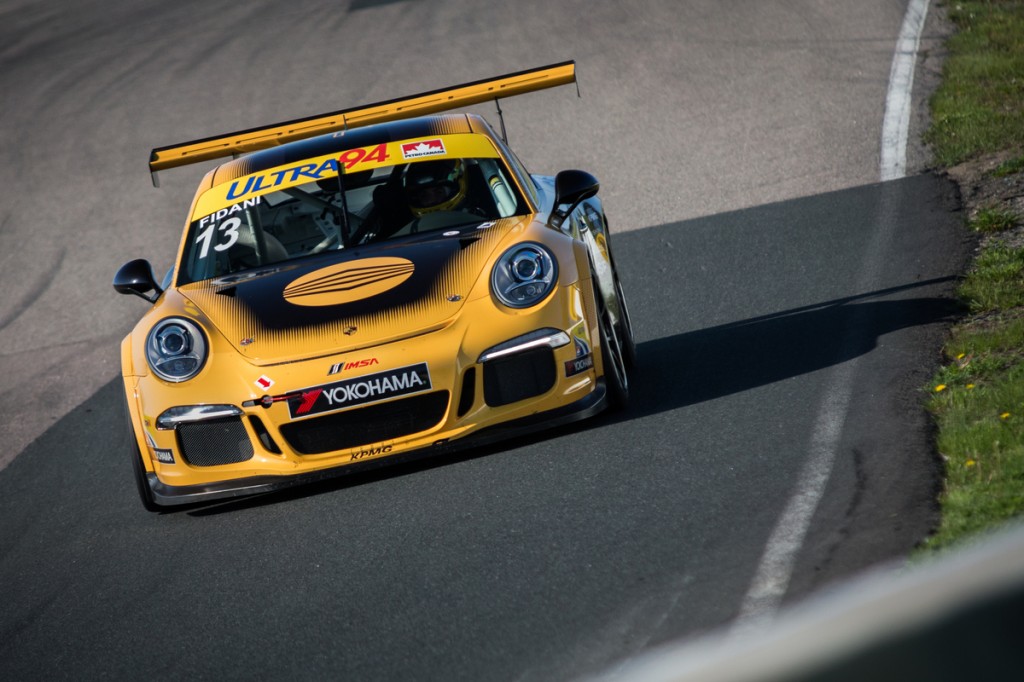 You can follow the Pirelli World Challenge live at 1:15 pm at http://world-challenge.com and the GT3 Cup Challenge at scoring.imsa.com.