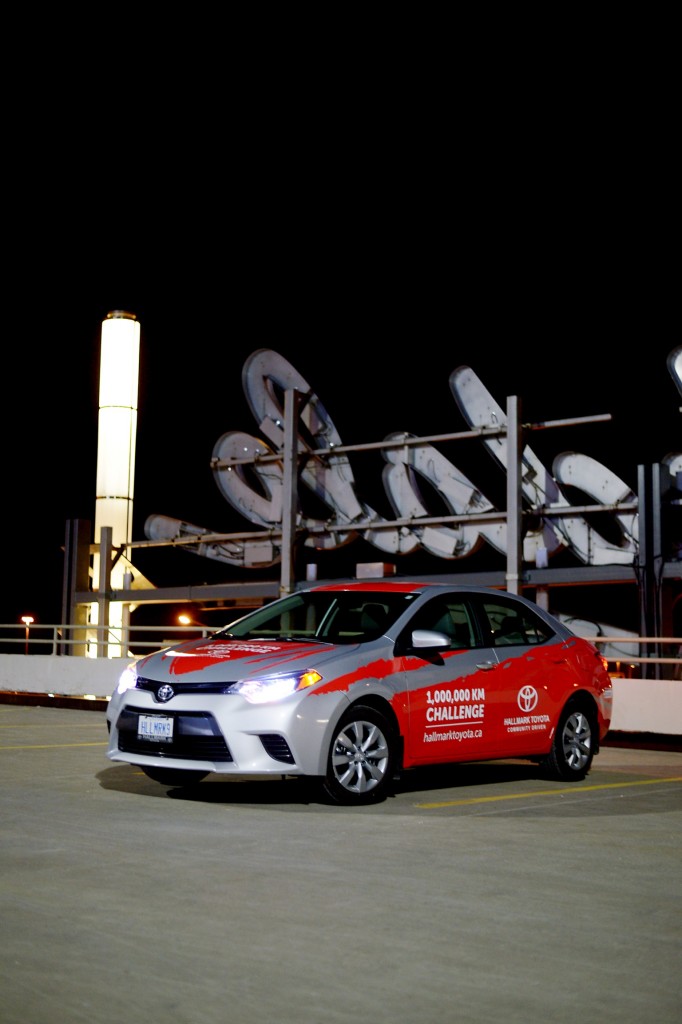 I’ve spent much of my professional life being a snob about cars. Over a decade as a car critic and six years working at Porsche – as well as being a single guy – meant that I came to value performance, handling, expressive styling, and (let’s face it) brand recognition. For all that time, the Corolla seemed the antithesis of all that: plain to look at, sturdily built, and doggedly middle-class, it was everything I didn’t want in a car, and there was usually one in my way when I was trying to make rapid progress somewhere.

Still, Pfaff being an automotive family that includes Toyota, and having been impressed by other recent Toyotas I’ve driven, including the excellent new RAV4, I thought I’d borrow our 2016 Corolla CE (the same one we’re using for our million-km challenge) for a few days. And I discovered that, while it resolutely remains a vehicle that will never set my world alight, the Corolla also is a vehicle that is far better than I gave it credit for, and a vehicle that deserves your collective respect. Here’s why. 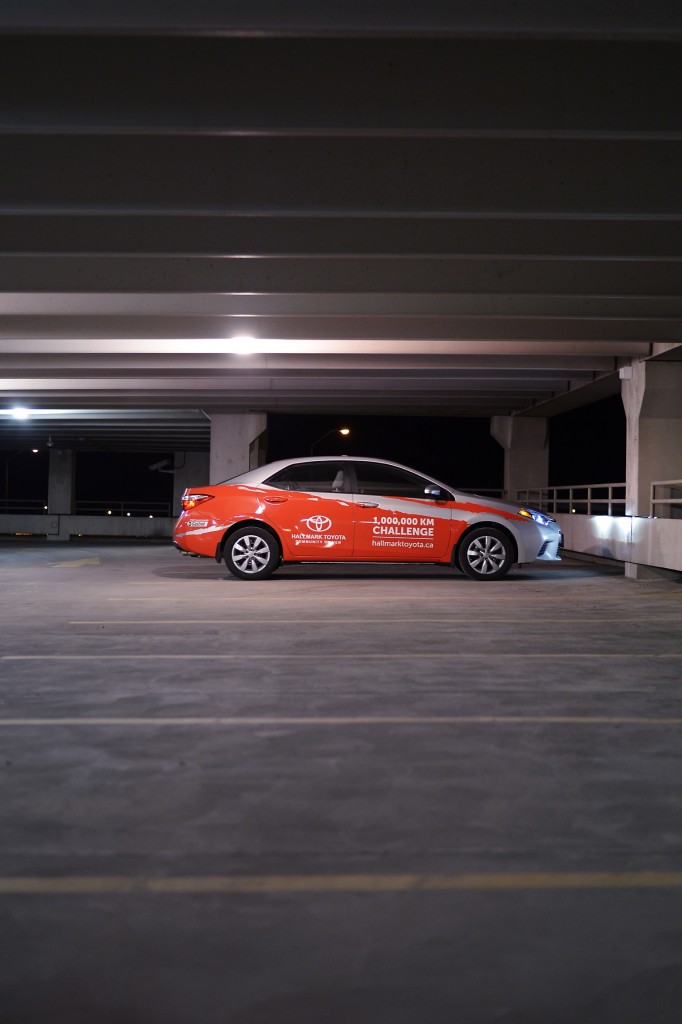 1. It’s fast.
Look at the Corolla’s spec sheet and you might think that 132 hp from a 1.8-litre four-cylinder isn’t much to write home about – and it isn’t. But combine this with a 1,275 kg curb weight and you have a car that will happily leap off the line and keep up with traffic on any freeway. Indeed, because of our Corolla’s CVT’s transmission, you have little sense of how quickly it accelerates because it holds engine revs at the power peak while juggling its infinite gear ratios. The Corolla’s natural cadence seems to be about 130 km/h on the highway, at which it hums along happily. Lest I remind you, this is 30 km/h over the speed limit.

2. The efficiency is incredible.
The Corolla may be the only vehicle I’ve ever driven in my life whose real-world fuel economy is actually better than the ratings Transport Canada assigns it. Despite ratings of 8.5 L/100 km city and 6.5 highway, I actually averaged 6.1 L/100 km, despite the feats of effortless speed detailed above. Credit the CVT, light weight, and careful aerodynamic tuning for this. 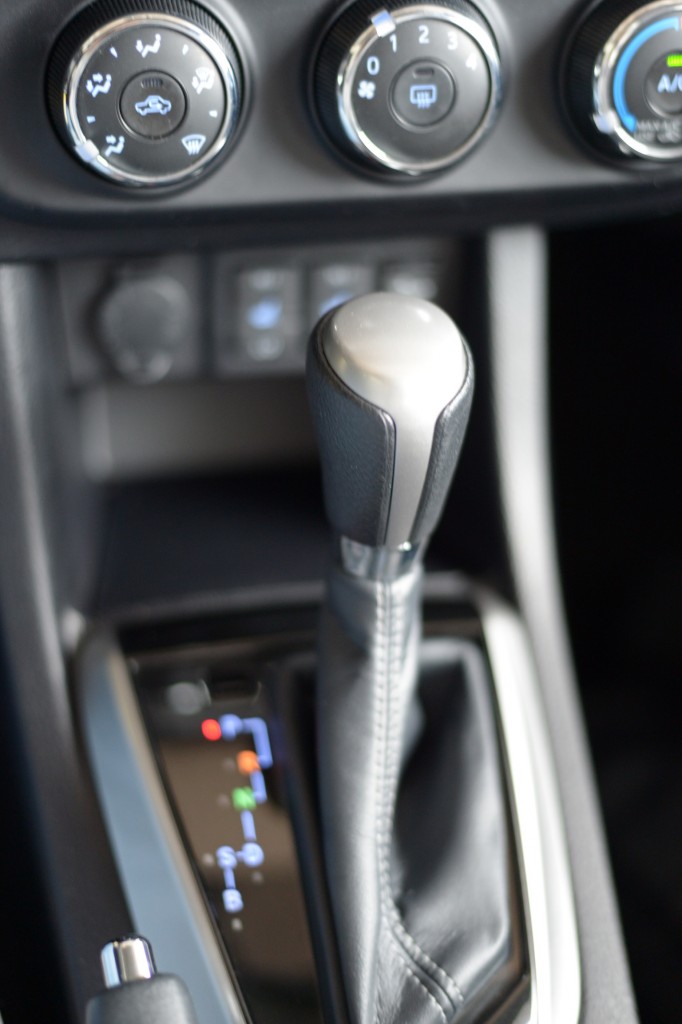 3. It handles.
Okay, so the Corolla’s big plastic steering wheel doesn’t deliver the festival of detailed feedback that you’ll get from the helm of a Porsche or McLaren, and the power steering assistance is a bit inconsistent, sometimes feeling overly heavy, and lightening up suddenly. But don’t confuse steering feel with ability: you can toss the Corolla, on its 15-inch all-season tires, into corners and around on-ramps, with surprising verve. There’s very little body roll even when all four tires are screeching in protest, and enough cornering grip to frighten passengers.

4. It’s genuinely roomy.
Small cars in general have gotten a lot more spacious over the years, and the Corolla is no exception. While we may think of it as a compact car, its footprint, upright seating position, and large glass area mean that it really is (and really feels) roomy and comfortable for four, even on long drives. The front seats, in particular, feel like they’re from a car the class above with big, comfortable cushions and plenty of bolstering. A wide range of adjustment for the seat and steering wheel mean it’s easy to find a comfortable driving position, no matter how tall you are. 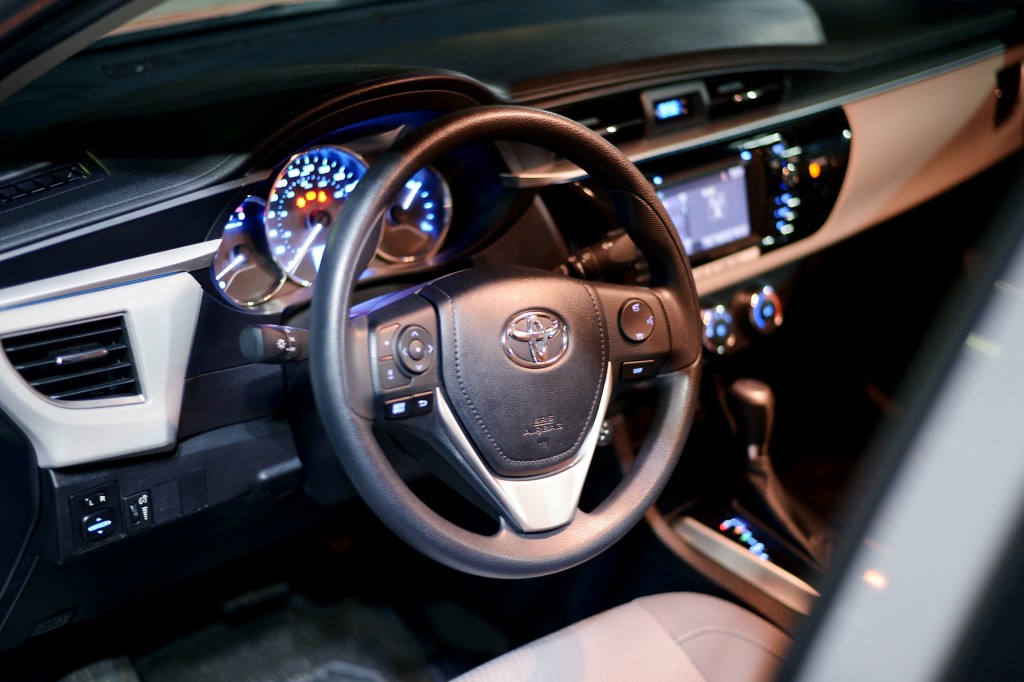 5. It has toys.
Ten years ago, one of the reasons you bought a bigger car (or a car from a prestige brand) was to get features that you couldn’t get in less expensive models. This is no longer true. As-equipped, our Corolla lists at just over $18,000, and has power windows, mirrors, and locks; a rear-view camera; touch-screen infotainment system with bluetooth streaming, USB, and auxiliary ports; and a multifunction steering wheel with audio and telephone controls – something you’d have to pay extra for in a Porsche, and which isn’t even available in a McLaren!

6. It’s intuitive to drive.
There’s a reason you see a lot of Corollas in driving-school livery (I learned how to drive in one, and you probably did too). There’s a simplicity to all of its controls, and to its general attitude, that just make it easy to get along with. Unlike a lot of modern cars, you can just jump into it and go; there’s no complicated set-up routine to make it drive the way you want, there are no ridiculous menus through which you have to scroll in order to find the functions you want. There are big knobs for the climate control, simple switches for most functions, some pedals, a gear lever, and a steering wheel. 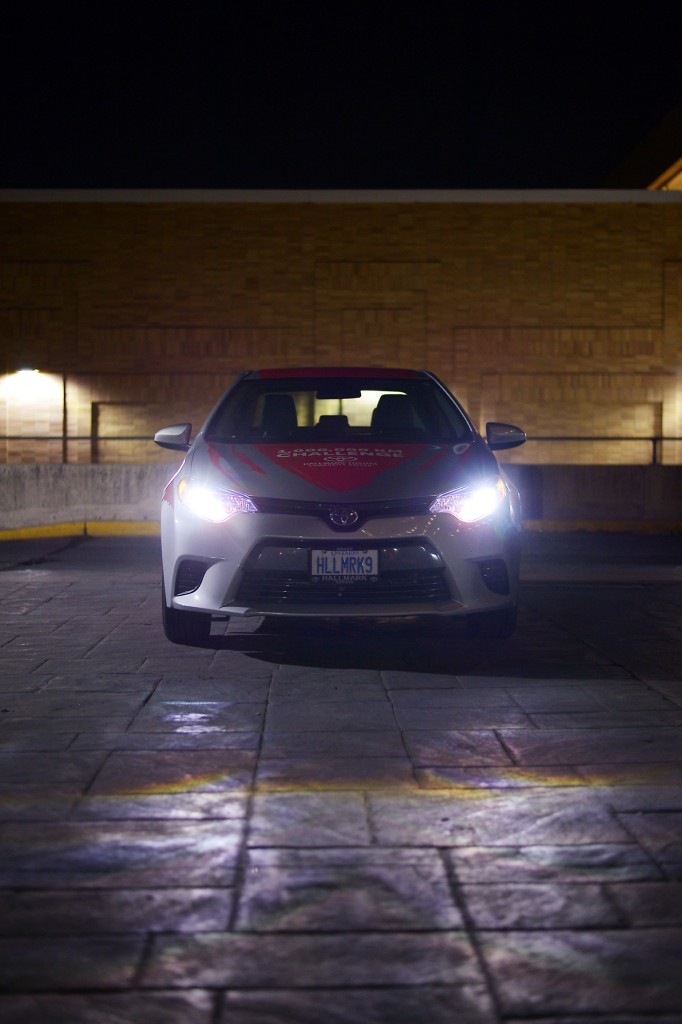 7. It’s built really well.
The materials used in the Corolla’s interior may not be the most luxurious – many of the plastics are hard and look a bit scratchy, and the seat fabric has a petroleum sheen to it that you just know is designed to hide stains well – but it is screwed together with a precision and solidity to rival any luxury car. The added advantage to these durable materials? Unlike leather and soft-touch plastics, which will wear and develop hairline scratches and scuffs, they’ll still look exactly the same twenty years from now.

8. It will hold its value.
Corolla has won more awards for its retained value than pretty much any other vehicle I can remember. The combination of solid build, conservative styling, efficiency, and ubiquity mean that they remain desirable vehicles for those that need inexpensive, everyday transportation long after the sheen of new-car ownership has faded. And it will do so long after you’ve tired of it, and have sold it on to the next person. 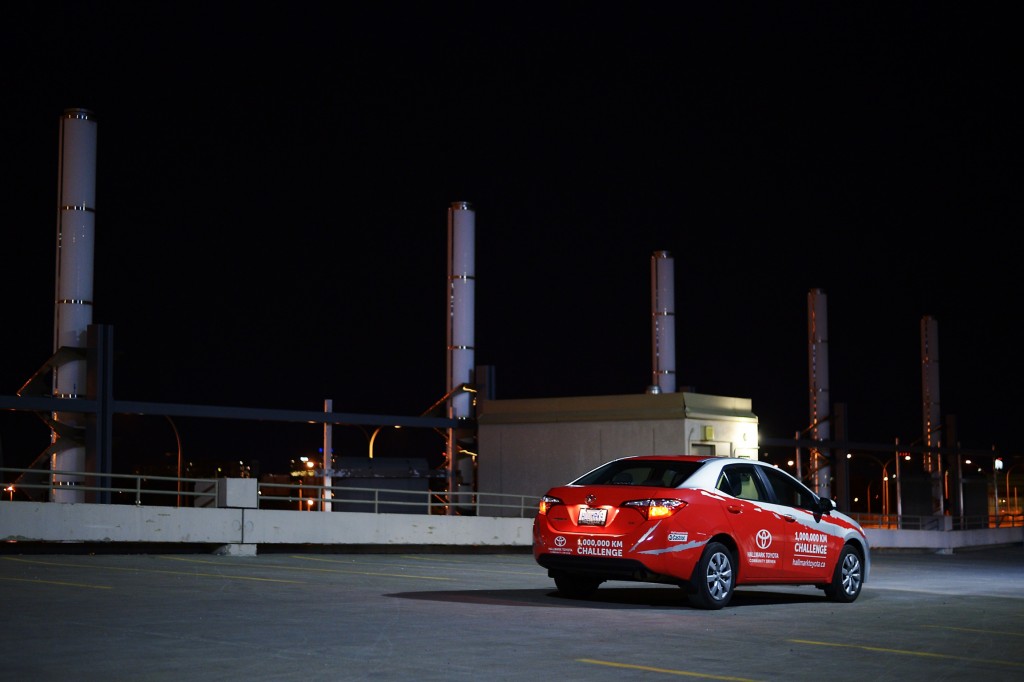 9. It won’t let you down.
While it’s not the most mechanically (or technologically) sophisticated vehicle in its price class or in the market, that also means there’s less to go wrong with a Corolla. They’re easy and inexpensive to maintain and fix, and if properly looked after, will keep running forever. Toyota’s legendary reputation for dependability, quality, and reliability (“DQR,” in industry-speak) is no more evident in a car than it is here – and there’s a reason you still see so many generations of Corolla out on the road today.

10. It has history.
Those of us that go on about the history and prestige associated with high-end marques need to remember that the Corolla itself has a pretty amazing story itself. 2016 marks the 50th year the Corolla has been on sale – almost as long as the Porsche 911 has been available, and almost as long as Pfaff has been in the car business – and in that time, over 40 MILLION (!!!) of them have found homes around the world, faithfully serving their owners’ needs without asking for anything more than an occasional sip of gas, a change of tires, or an inexpensive maintenance.

The Corolla, then, really is something. While it may not be a car to light an automotive enthusiast’s passions, it is nonetheless deserving of our respect – and, as its history has proven, is the perfect car for people that are not like us, who don’t want to think about cars every waking moment of their lives. And, lest we forget, that’s most of the world’s population.