McLaren P1 GTR launch at Circuit of the Americas 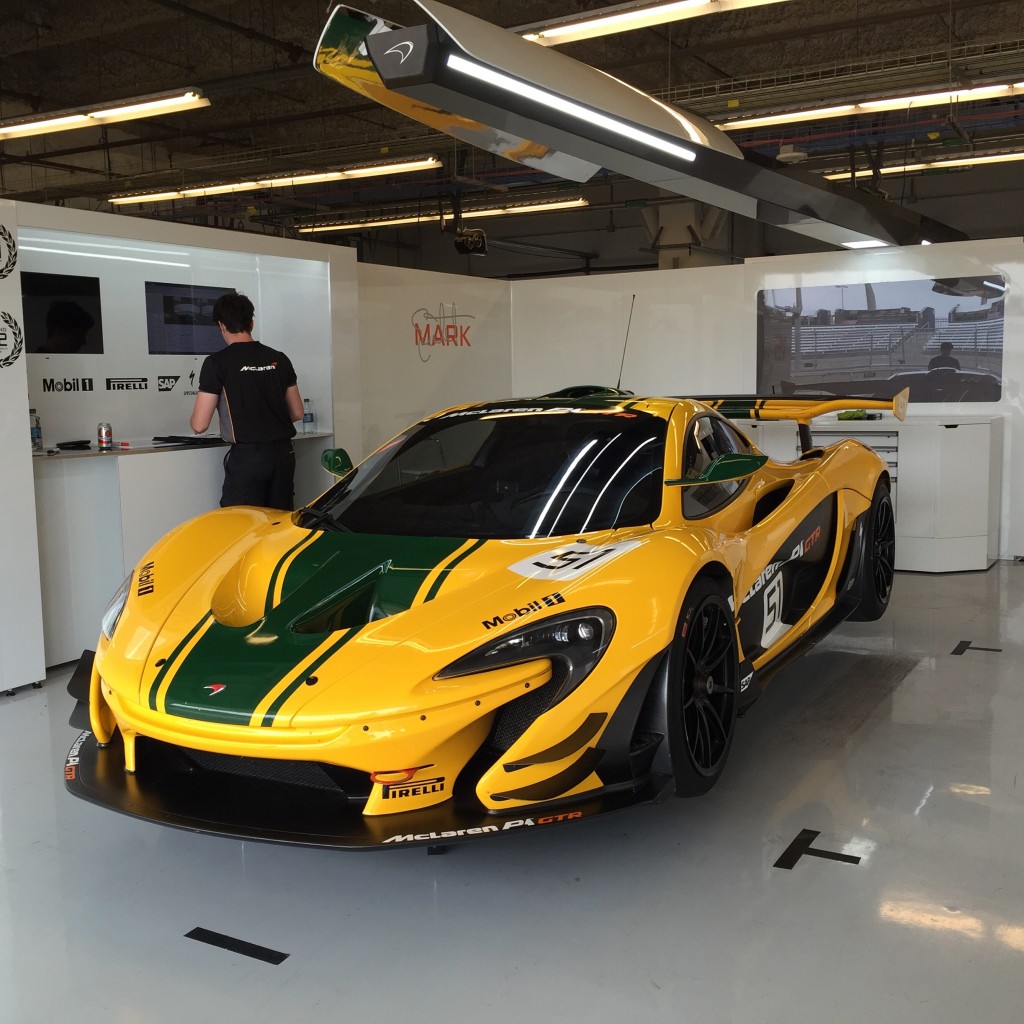 Everything is bigger in Texas.

Arriving at the impressive Circuit of the Americas takes your breath away – the size and beauty of the facilities, which have hosted Formula 1 since 2013, are remarkable. An elevator takes you to the top of the tower, providing amazing views of the circuit and the surrounding Austin region. 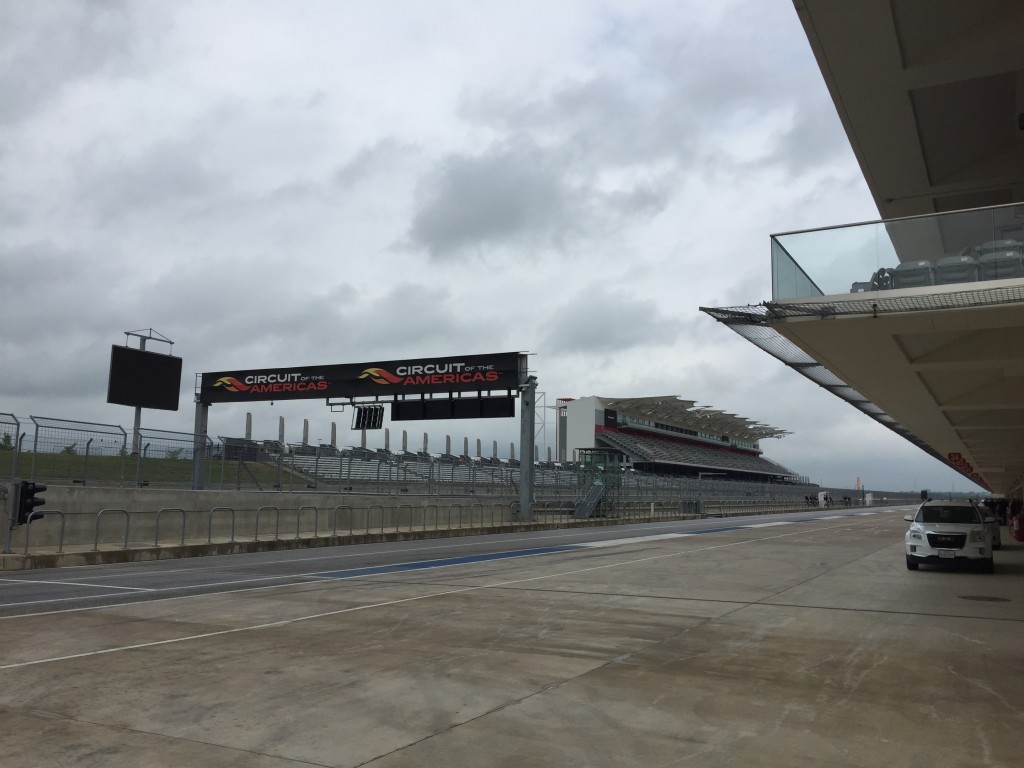 The Hermann Tilke-designed circuit features 20 turns and draws from several European Formula One circuits, including a recreation of Silverstone’s Maggotts-Becketts-Chapel sequence, Hockenheim’s arena bends, and a replica of Istanbul’s Turn Eight. Other corners are loosely inspired by the Senna S at Interlagos and the Red Bull Ring’s Sebring-Auspuffkurve corner. A feature of the circuit is a deliberate widening of corners, to encourage drivers to follow multiple racing lines.

Our purpose for visiting COTA? To witness firsthand how McLaren runs their customer P1 GTR program. With ten P1 GTR race cars prepped and lined up to hit the track, as well as several McLaren 650S GT Sprint cars, we saw one of the greatest track cars ever made stretch its legs around COTA. 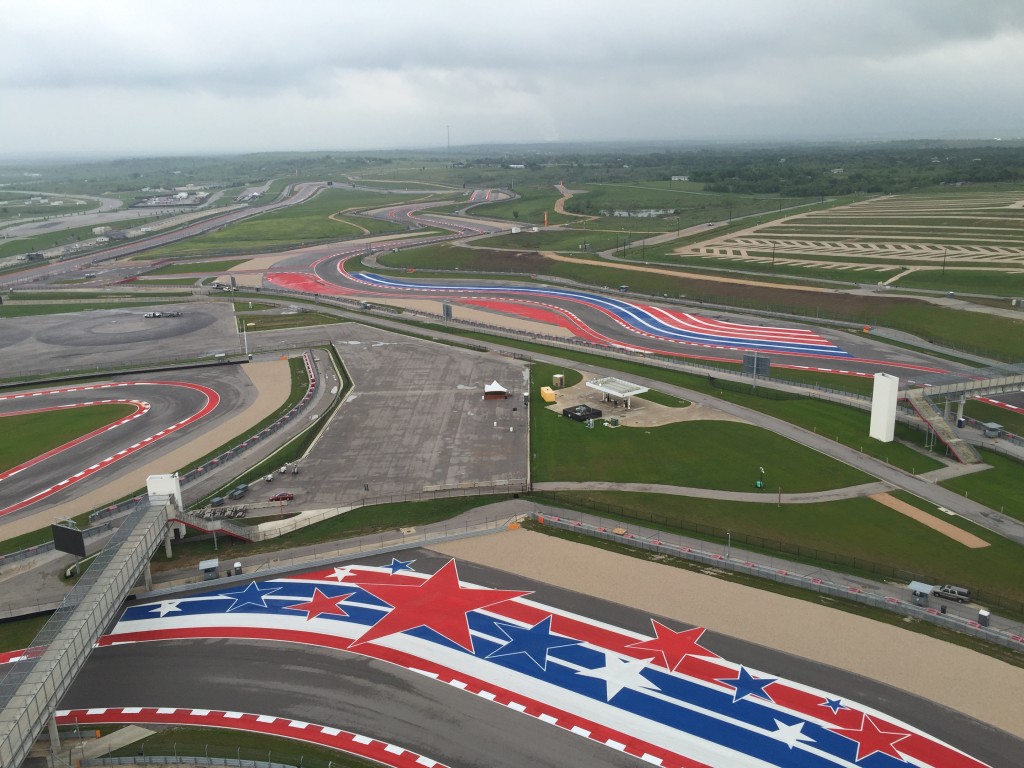 Coaching services from drivers like McLaren chief test driver Chris Goodwin and racer Kenny Brack, as well as the impressive amount of McLaren staff on hand, give owners and drivers the ultimate thrill, and the knowledge to confidently wheel around the circuit in their near-1,000-hp hypercars. 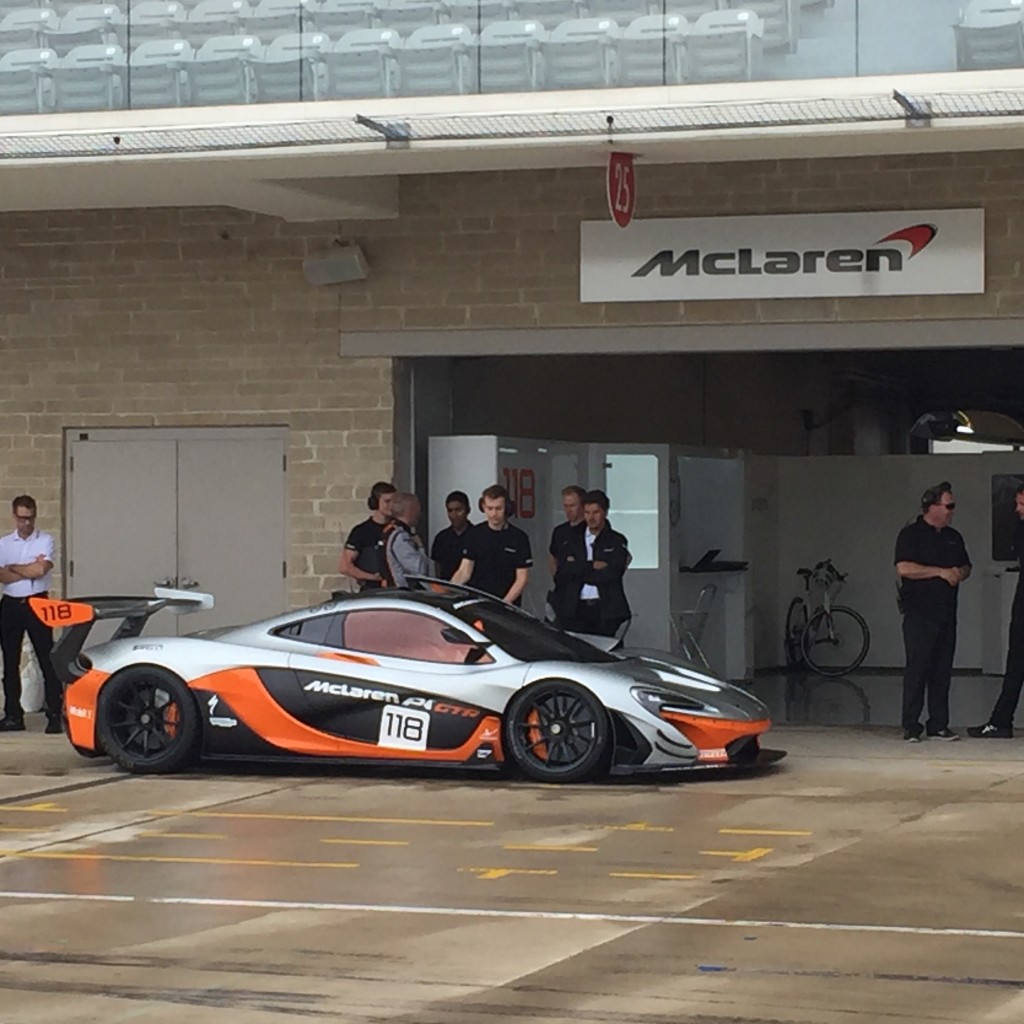 Without road regulations to hold it back, and the ability to use technologies found on a modern F1 car, it comes as no surprise all 50 or so P1GTRs are incredible – and all spoken for. Each optional program purchased with the P1 GTR offers its owner access to McLaren’s simulator in Woking, one on one time with designer Frank Stephenson, coaching from the McLaren fitness team, and so much more. 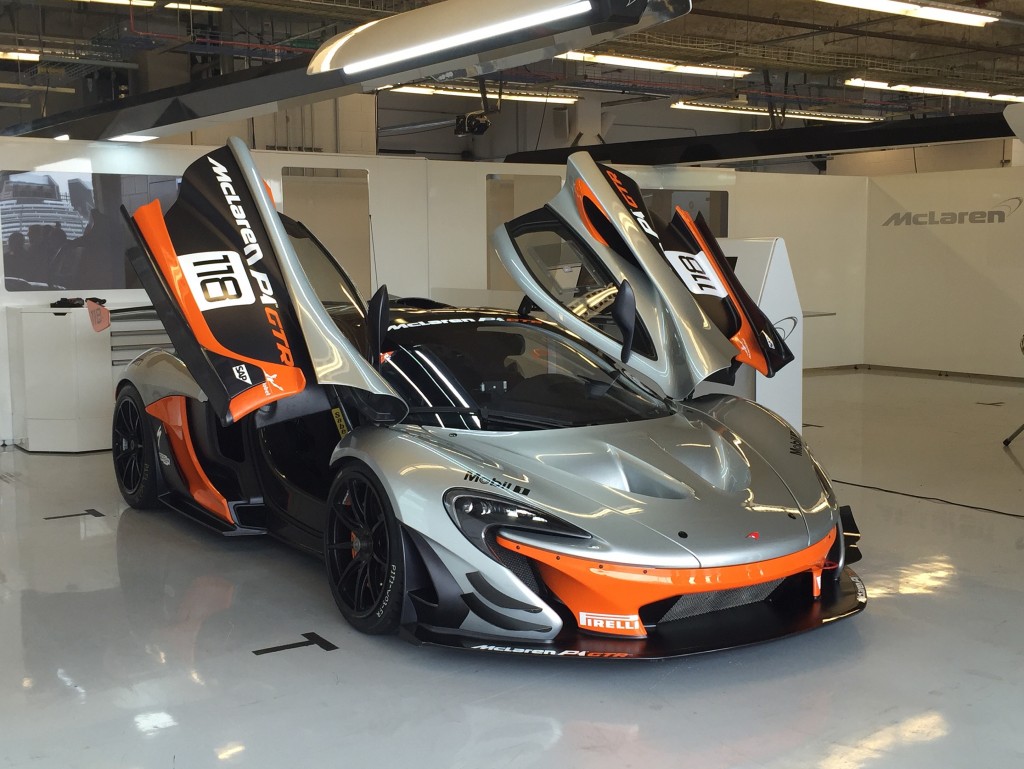 Having the opportunity to drive a P1 GTR on some of the most iconic circuits in the world with McLaren’s support is icing on the cake.

Each garage is brightly light with beautiful white paneling, surrounding the private garage spaces a la Formula 1. There is a dedicated area to place each driver’s helmet and suit, and the walls are equipped with engineering panels where drivers can review track data with engineers and coaches. When you hear McLaren reference their “no compromises” ethos, it really resonates here – where you can see and appreciate the level of detail and pride they offer the customers. 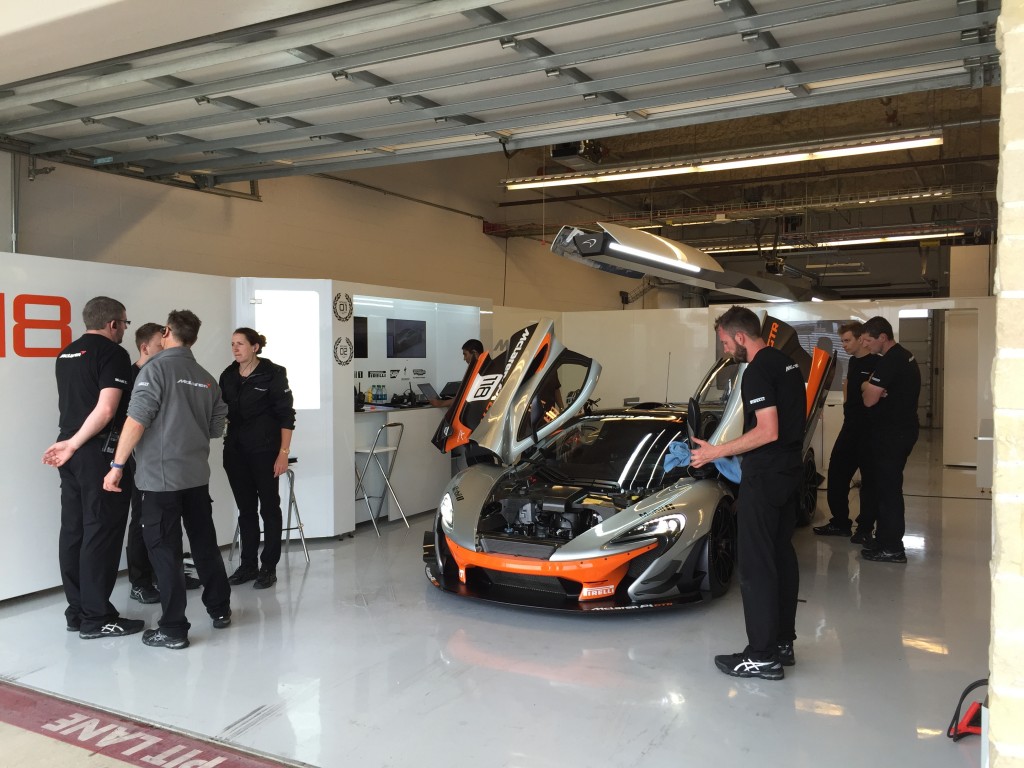 In the lounge area, guests can relax with a magazine and beverage, and the walls quote the great Bruce McLaren’s saying: “Life is measured in achievement, not in years alone.” That goes a long way when you consider how much McLaren Automotive has achieved in a very short time, benefitting from over 50 years of racing heritage and successes. 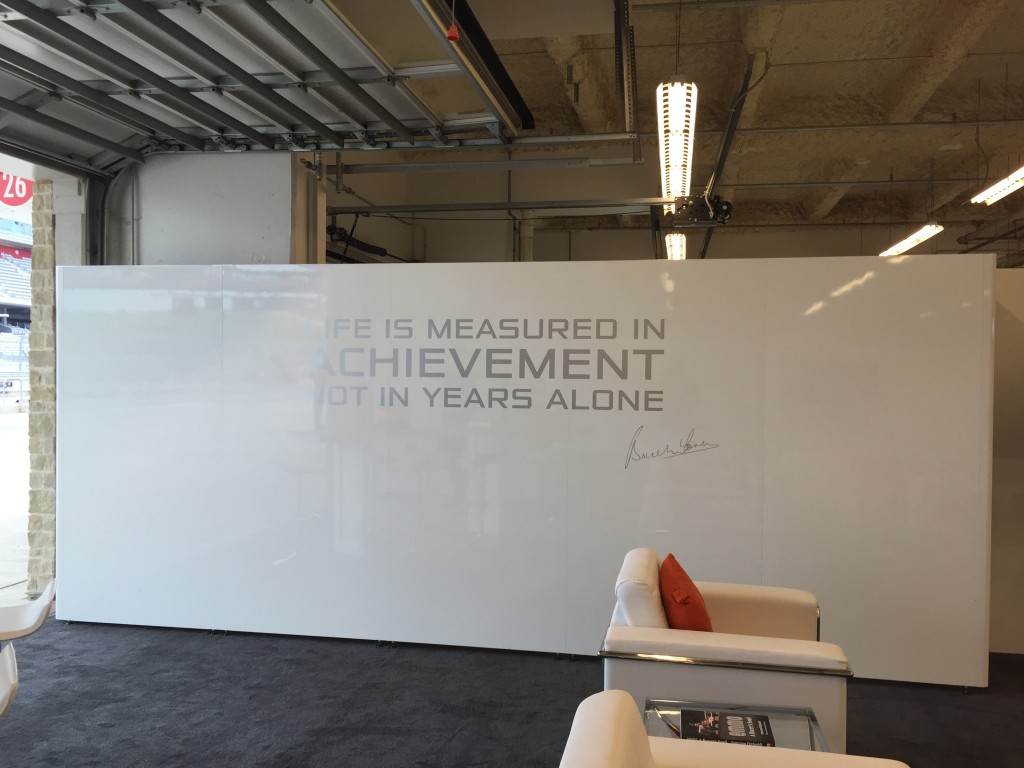 To maintain the customer privacy we didn’t take any photos of their cars, but we were given the green light to share some photos of McLaren’s own P1 GTRs. The company also had three incredible and very important Heritage Formula 1 cars on hand.

The 1974 M23 chassis which gave McLaren their first Formula 1 Championship. The 1981 MP4-1 changed the face of Formula 1 by being the first to use carbon fibre, and the car on site was driven by World Champion Niki Lauda after he replaced Andrea De Cesaris in 1981. Finally, a 1983 MP4-1C, also driven by Lauda, was on display. To witness these cars in action – driven by none other than two-time Formula 1 champion Emerson Fittipaldi – was a privilege and honour. 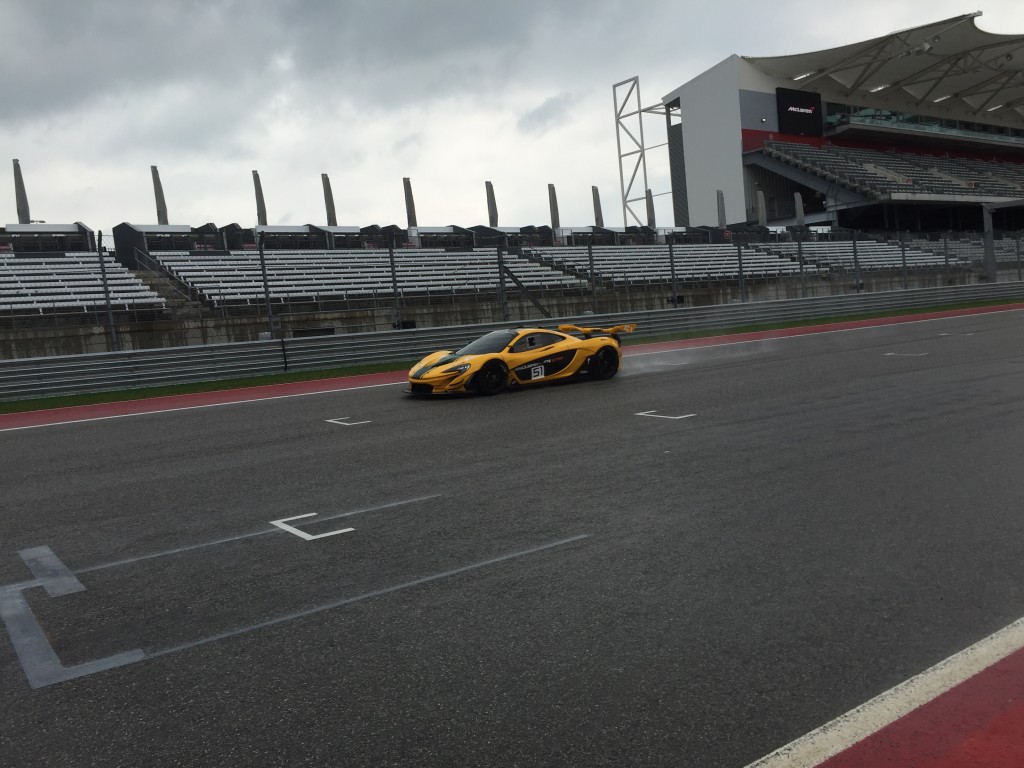 When McLaren does something, they do it right. There is no stone unturned, nothing that hasn’t already been thought of, and that is what you expect when you purchase a McLaren and become part of something so unique and so exclusive. 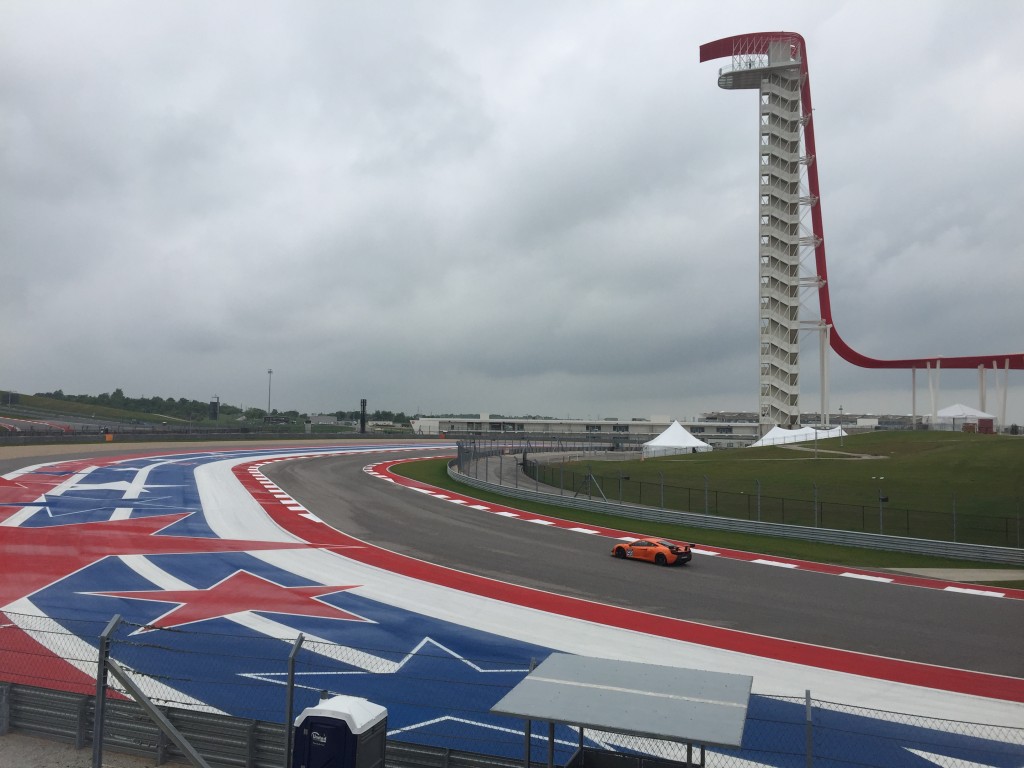 Pfaff McLaren and Pfaff Motorsports have the ability to offer our customers track service for McLaren and McLaren GT car owners, and will be competing in several races this season in our very own McLaren 12C GT Sprint racecar.

Please contact sbortolotti@pfaffauto.com for more information on customizing a track program for you.