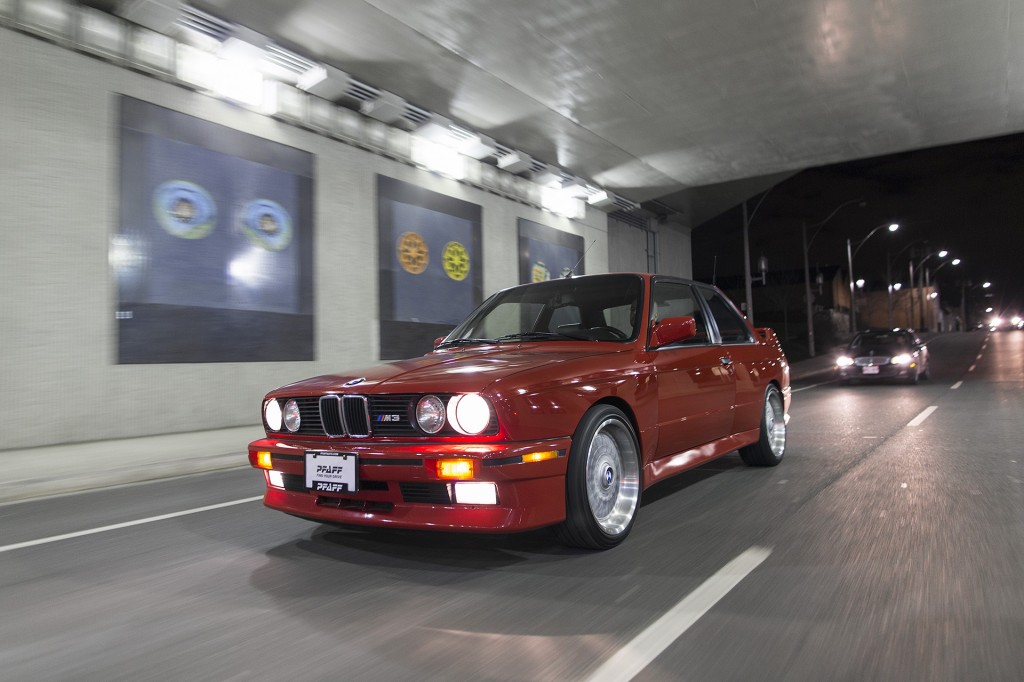 Is there any sports sedan quite as iconic as the original BMW M3? With its big wing, box-flare fenders, and screaming engine, it’s one of the most successful sedans in motorsports history, and arguably the most recognizable.

While it was based on the two-door E30 3 Series, the M3 went through extensive modifications, many of which were cleverly designed to take advantage of loopholes in the rules. These included the immensely flared front and rear fenders, a new front bumper with a deep air dam, flush fog lights, and a lower chin spoiler, as well as larger 15-inch wheels with Pirelli P700Z tires. Moreover, the rear bodywork was substantially modified, with the rear window being mounted at a reduced rake, as well as a higher trunk lid and large rear spoiler. 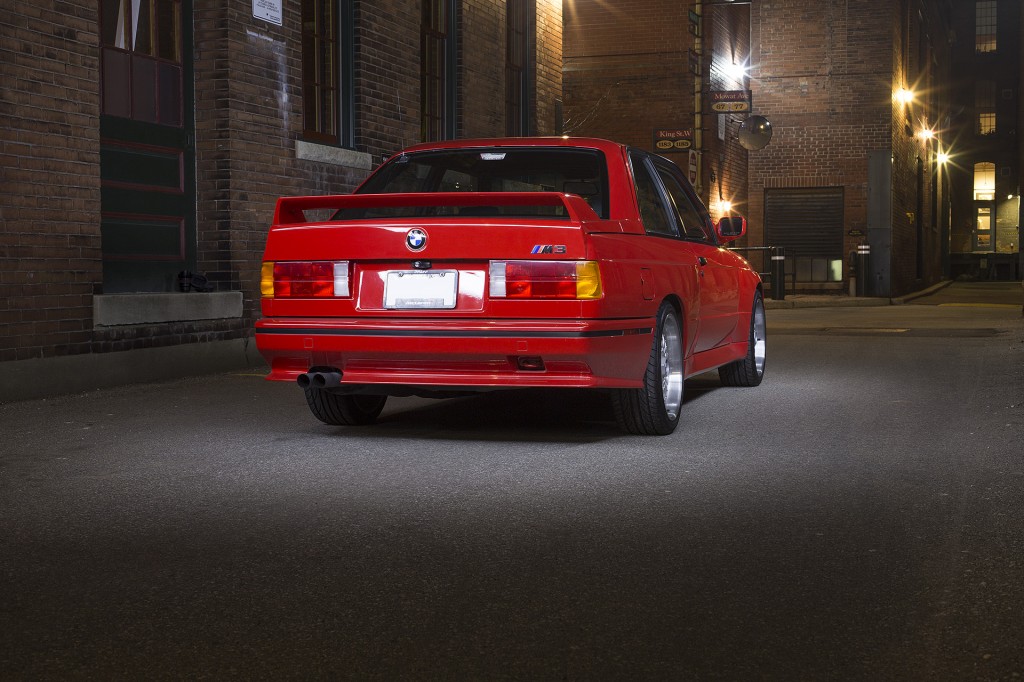 The outside, however, pales compared to what BMW wrought in the engine bay. Instead of the smooth, refined four- and six-cylinder engines fitted to regular E30s, the M3’s S14 2.3-litre four-cylinder was a true racing engine – a derivative of the same engine that powered Nelson Piquet to the 1983 Formula One championship in turbocharged form. Designed by BMW engine legend Paul Rosche, in road-car configuration, the S14 featured four valves per cylinder, dual overhead cams, individual throttle bodies, and 195 horsepower and 170 lb-ft of torque – significant numbers for its day, especially in a car of its light weight. 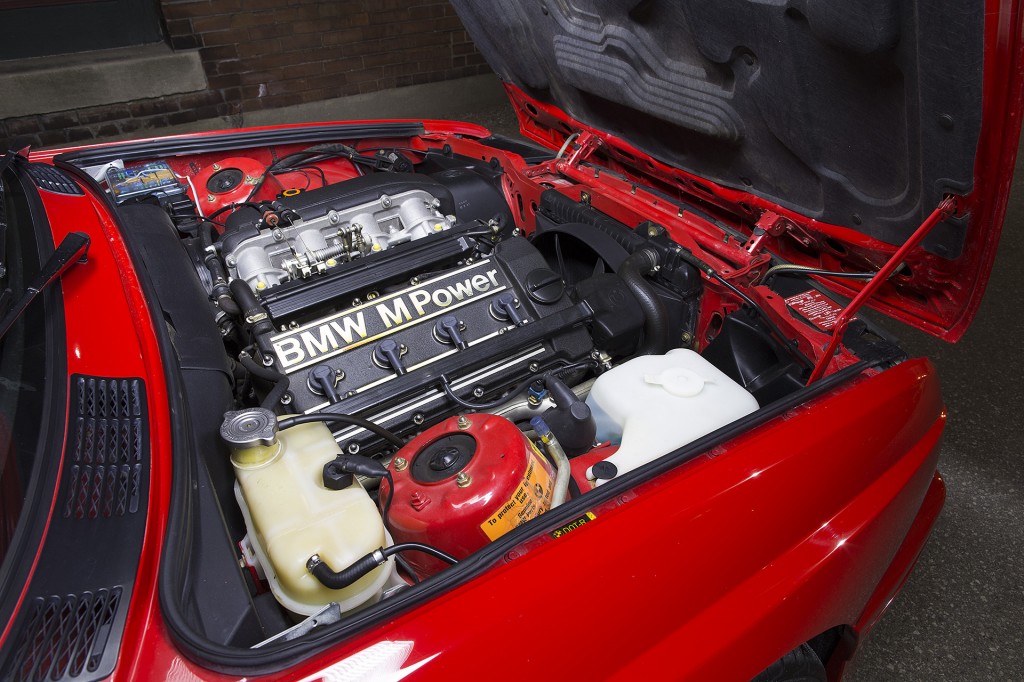 Drive to the rear wheels was through BMW’s signature five-speed transmission, with a limited-slip differential. All of this drivetrain magic, combined with a chassis that featured heavy duty shocks, reduced ride height, stiffer springs, and thicker anti-roll bars meant the E30 M3 was a legend in its time, widely regarded as one of the best driver’s cars of the era. 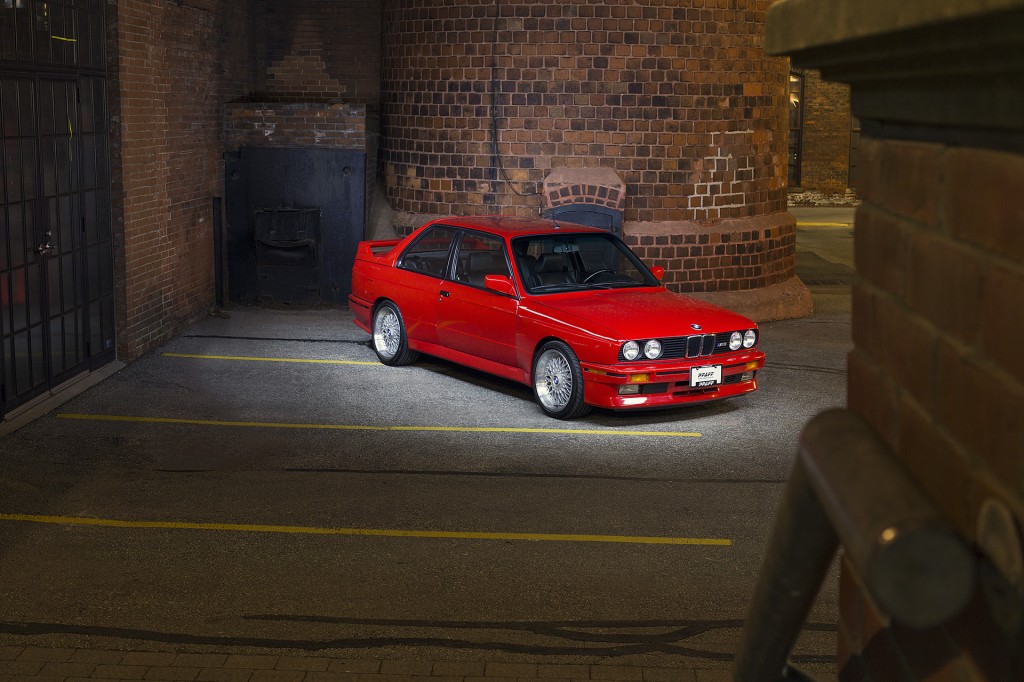 Finished in Brilliant Red over Black, the example you see in the photos is a Toronto native, and has lived its entire life in Southern Ontario. Purchased new from Beach Auto in downtown Toronto, it was sold on November 27, 1989 and its options included a sunroof, on-board computer, three-spoke steering wheel and even a dealer-installed car phone. With just 74,000 km on the odometer, it is in near-perfect condition, with the only modifications being new Bilstein shocks and H&R springs (the originals accompany the car). The interior is well cared for, showing minimal wear and no damage – the same as the exterior. It also has all of the original accessories including both keys, all books, full tool kit, spare tire, jack, and radio code card. 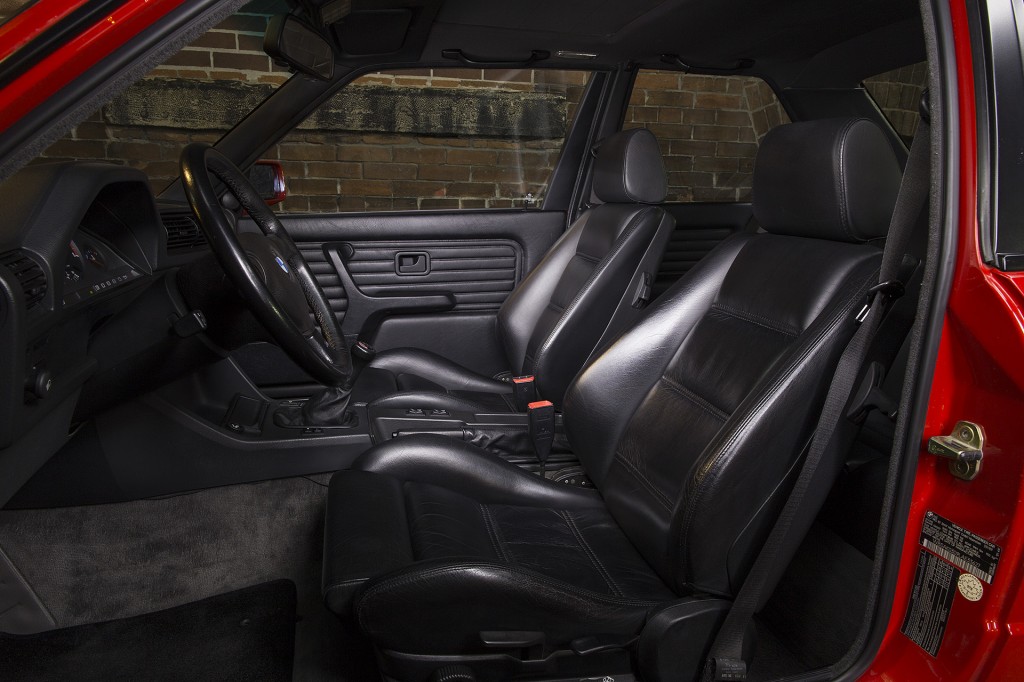 A recent service including an oil change, spark plug replacement, MAF sensor, fuel pump, and new brakes means it’s in mechanically new condition. A set of modern tires (the original, patinated P700Zs and unmarked 15-inch alloys are included) mean this E30 is set to drive better than new was well.

So what’s it like, 25 years on from when it was first delivered? 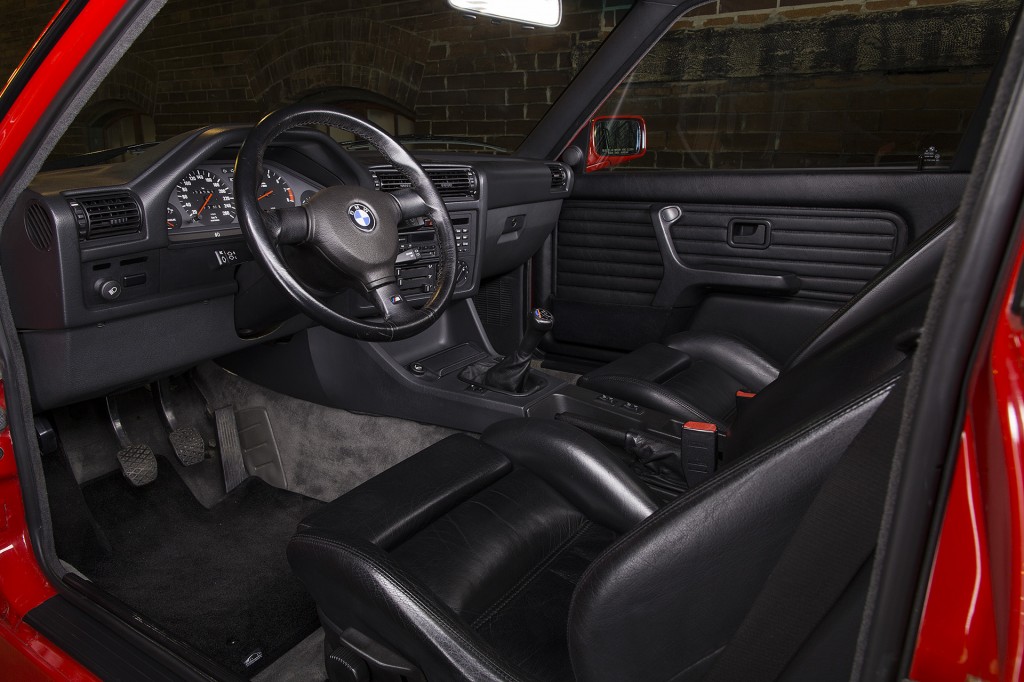 On paper, the stats aren’t particularly impressive: 0-100 km/h in the high six-second range, top speed matching that of a modern hot hatch, both times limited by a five-speed manual gearbox with relatively long throws. But the numbers alone don’t tell you about the way the E30’s steering so perfectly telegraphs what’s going on at the front wheels and how the chassis is so intuitive that you sense what’s going on at the rear right through the heavily-bolstered driver’s seat. 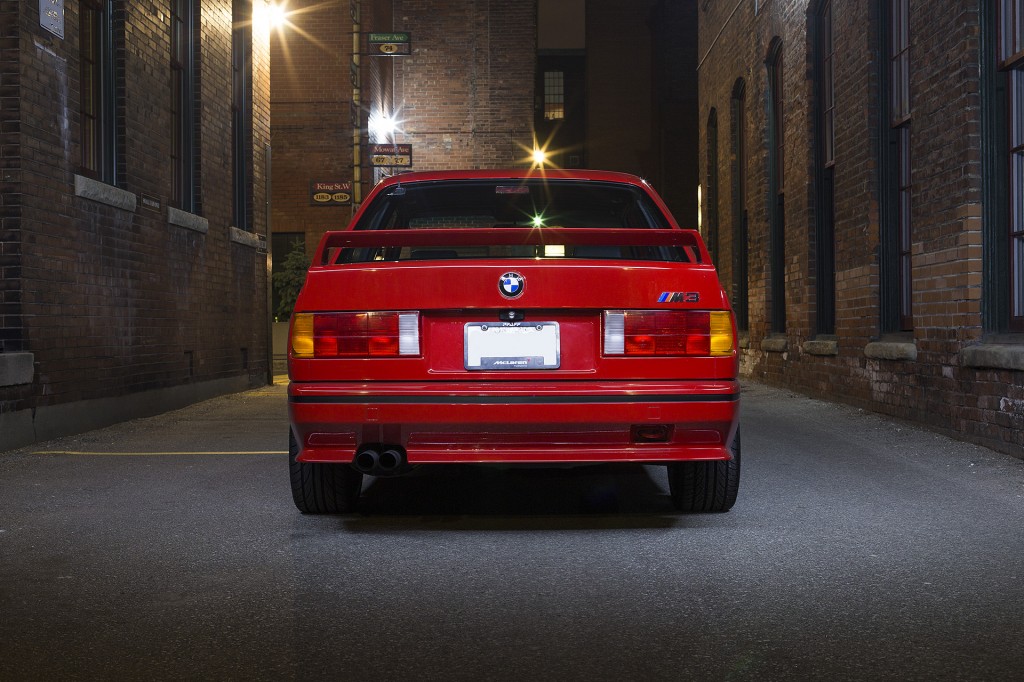 Some cars are “chassis” cars, their overall feel dictated by their behaviour in bends, while others have engines whose power, torque, and noise overwhelm the experience; this M3, on the other hand, is characterized by its balance. There’s enough power under your right foot for it to still feel fast, and the five-speed means you get a nice, long pull through each gear, and enough time to enjoy the noise and racy character of the Motorsport-tuned four-cylinder. But there’s not so much power that you can’t have a lot of fun around corners, and despite a lack of traction and stability control, it’s not an intimidating car to drive. 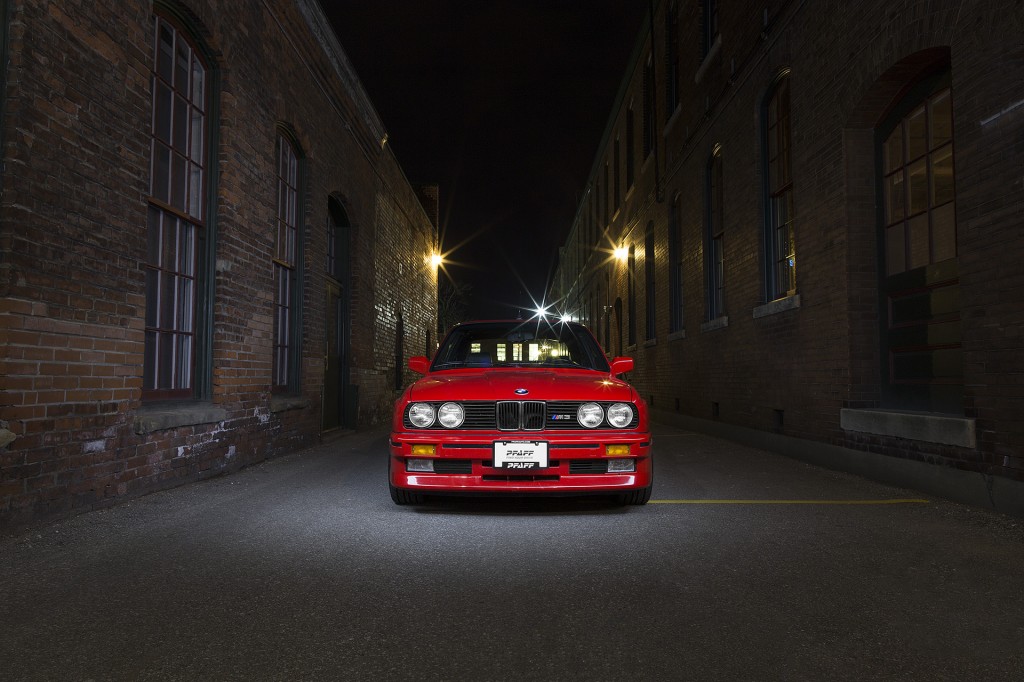 While the throttle is super-responsive, and a great way to subtly adjust your cornering line, there isn’t enough power to send the E30 skidding unexpectedly; you soon find yourself driving it hard in more situations than you expected. Credit that just-right power, just-right speed, and the fact that, whether you’re charging around town or out on the open road, it’s just so easy to drive hard. Visibility past the thin pillars is excellent, all of the controls are perfectly weighted and matched, and the car just feels so solid and unburstable in a way unique to cars of its era. 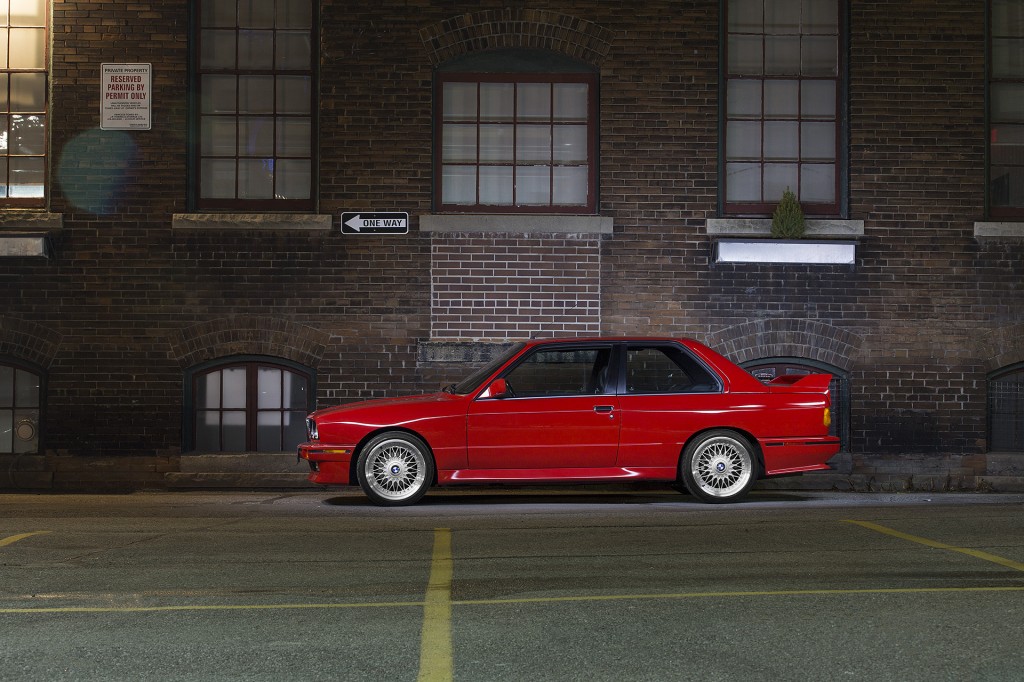 And that, in the end, is what a car like this 1990 E30 M3 is all about. A modern M3 smokes it in a straight line, around corners, and pretty much all over the place. A modern M3 has a navigation system, power everything inside, and a phone connection that works wirelessly through the device in your pocket, rather than a giant handset in the passenger footwell. But a modern M3’s door doesn’t slam with that perfectly-engineered old-school sound of the E30’s, and while it looks pumped-up on its huge wheels and with its gaping intakes, it doesn’t have the direct connection to legendary racing cars that the E30 has. 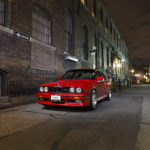 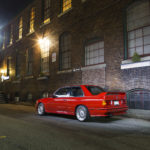 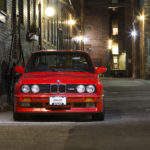 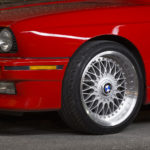 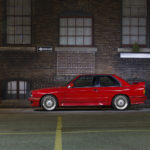 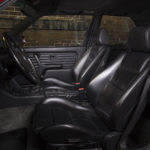 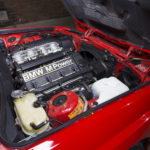 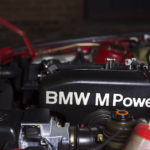 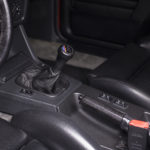 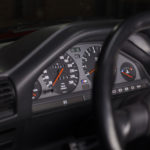 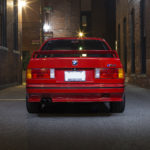 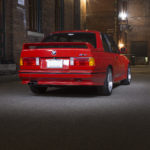 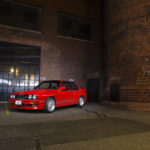 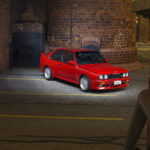