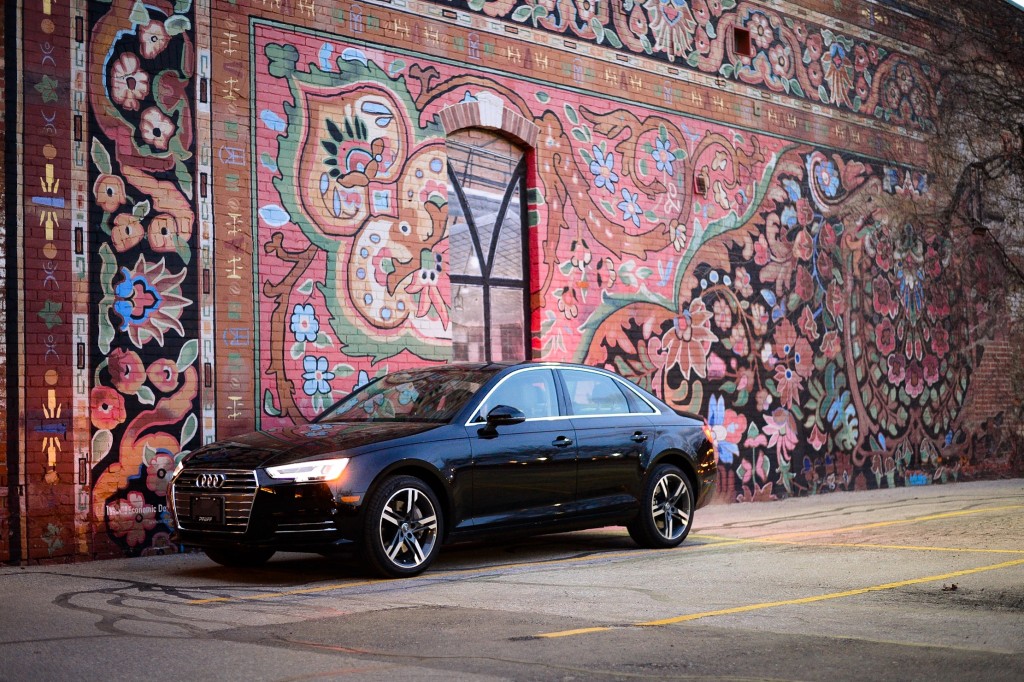 Lightness is probably the most desirable trait in car engineering, and the most difficult to achieve. Making a car lighter begets a virtuous circle that benefits every one of its performance characteristics. Not only does a lighter car go faster (because its engine has to haul less weight around), but it stops quicker, handles better – and also uses less fuel. Doing so, though, is almost impossible in today’s environment: not only do customers like you demand ever-increasing levels of space, comfort, convenience, and technology (all of which add weight), but governments and insurance companies are requiring ever-higher levels of active and passive safety. 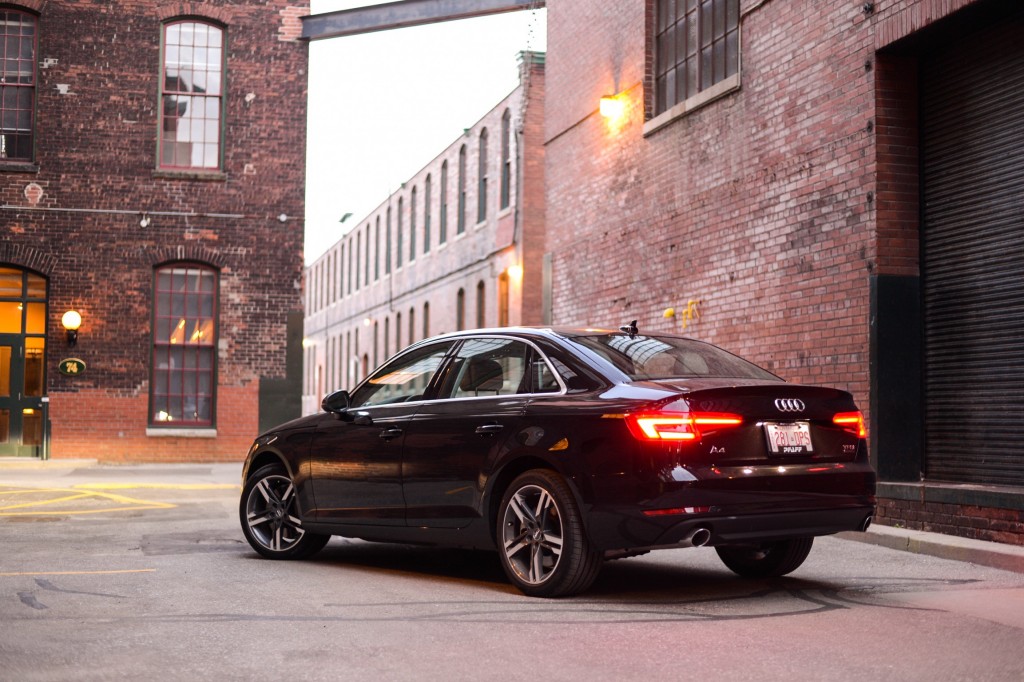 So when a new car, like this all-new Audi A4, is introduced and it’s lighter than its predecessor, you sit up and take notice. Especially when, like this car, it is significantly larger than before, and packed with even more features, and when it’s even more refined. 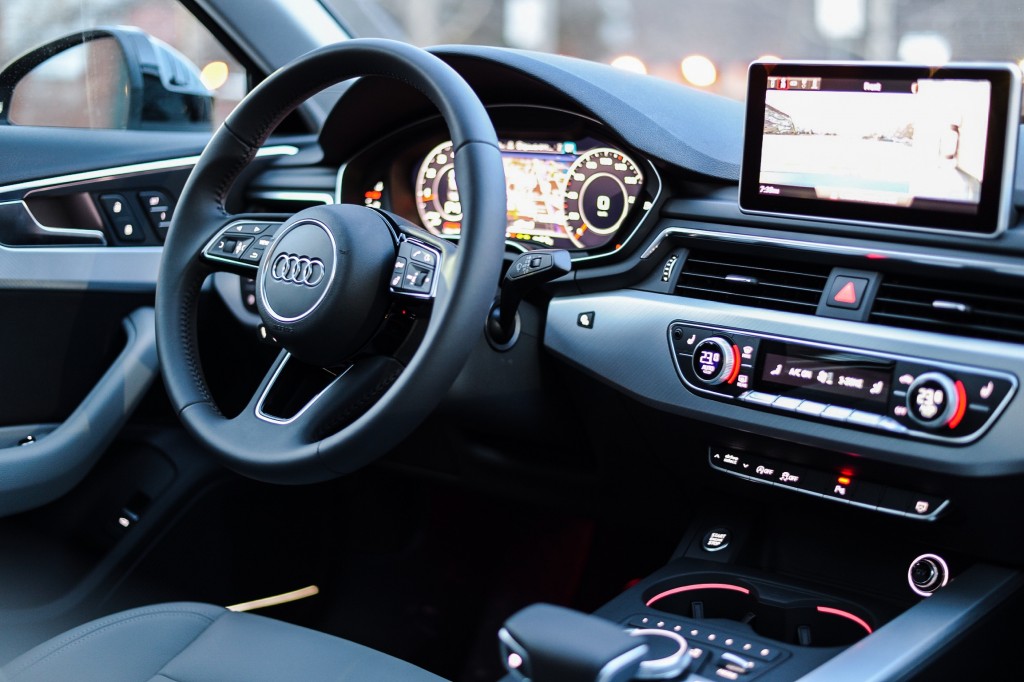 Just slipping behind the wheel – you simply grab the door handle to unlock the car – it feels like the new A4 has moved up a class in terms of its interior spaciousness and level of luxury. The mood lighting is welcoming, glowing with warm red and white accents until you start the car, at which point the lights dim to your colour of choice (set your preferences, like everything else, using the intuitive MMI system). The seats are broad and deep; you sink into them rather than sit on them. The tunes are (optionally) by Bang & Olufsen, and the build quality is as spectacular as you’ve come to expect from Audi, with my car’s interior trimmed tastefully in contrasting aluminum, nicely highlighting the aluminum trim on everything from the heater controls to the MMI control knob to the window switches. 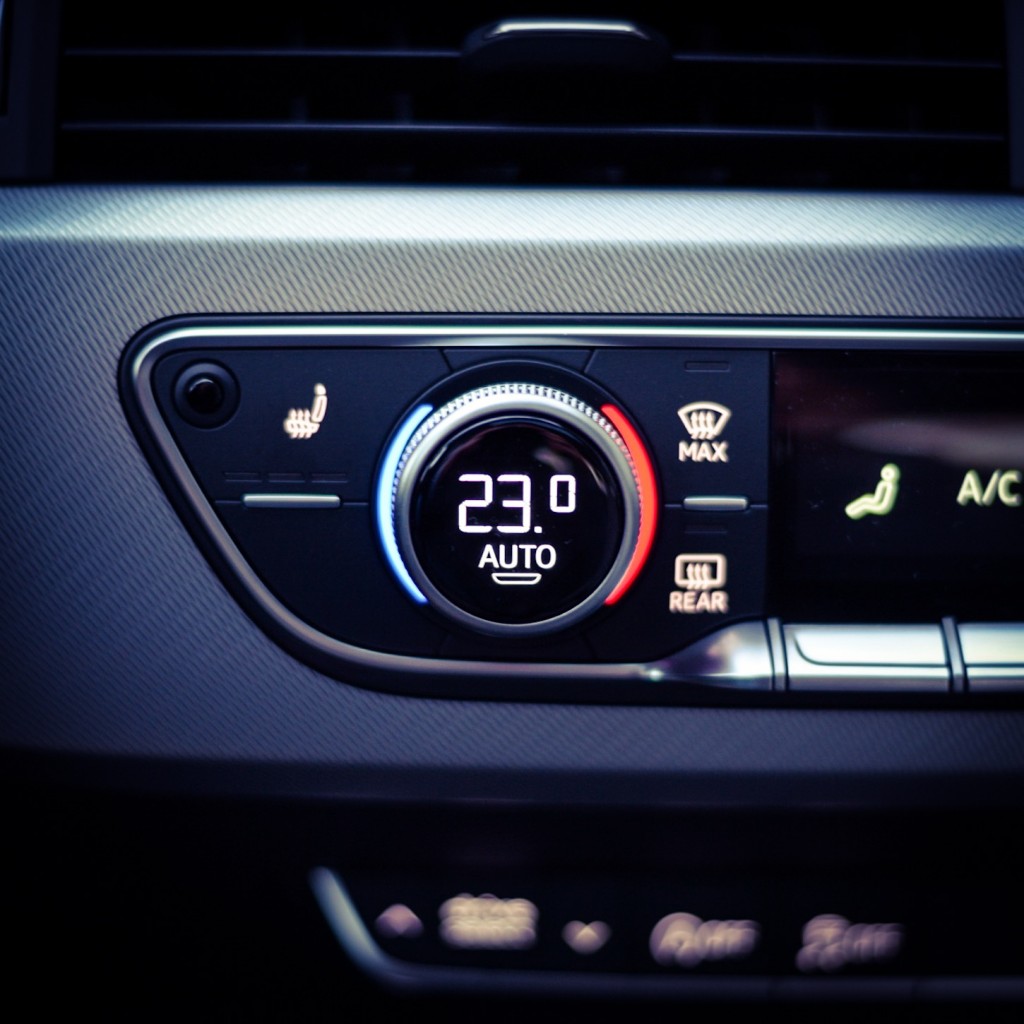 None of which adequately conveys quite how sci-fi the new A4’s interior feels – and how much more futuristic it feels than not just anything in its class, but seriously, anything else in the market. While the controls are familiar and intuitive – there’s nothing in a place you won’t expect – it’s the slickness with which everything operates, and the beautiful, sweeping 3-D interface design of the MMI and optional virtual cockpit that are the real game-changers. The two screens – a giant fast-moving, high-res display replacing the instrument cluster, as well as a secondary screen perched on the dashboard – work together to deliver a seamless experience, letting you display and manipulate your car settings, infotainment, and navigation. 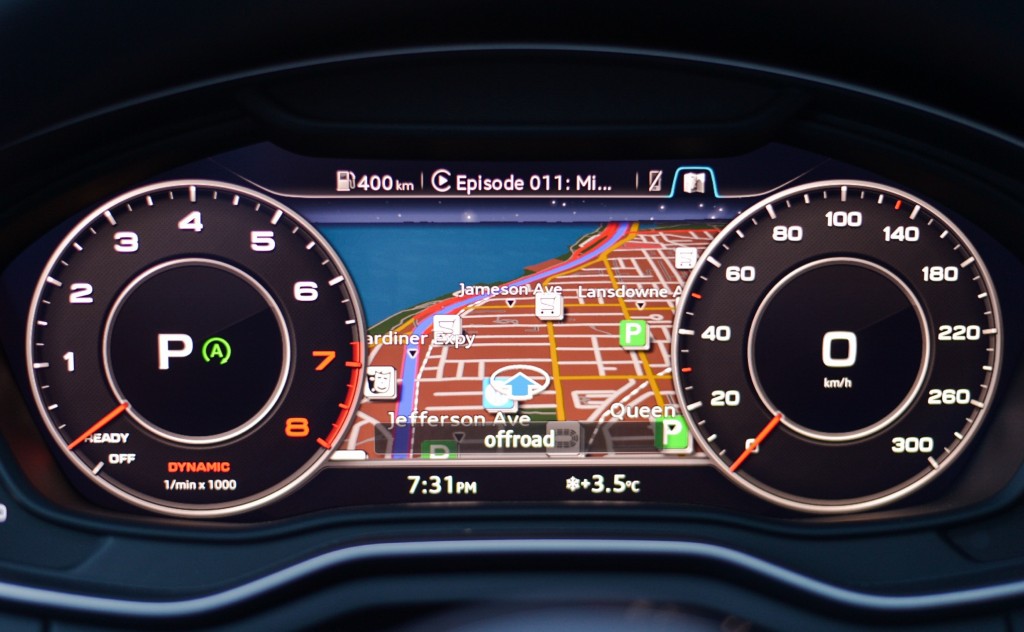 The instrument cluster switches between a classical mode, with large analogue-style gauges, to a giant map that gives you a 3-D rendition (including buildings) of where you are and where you’re going. The dashboard screen gives you quick and easy access to a myriad of ways to set up your car, and it also acts as your gateway to your smartphone, with Android Auto or Apple CarPlay. I tried the CarPlay function extensively, and it was brilliantly easy to use, its functions accessible by voice or with the central controller, with easy access to the car’s functions through an “Audi MMI” menu item on the home screen. All in all, the technology in the new A4 is amazing. 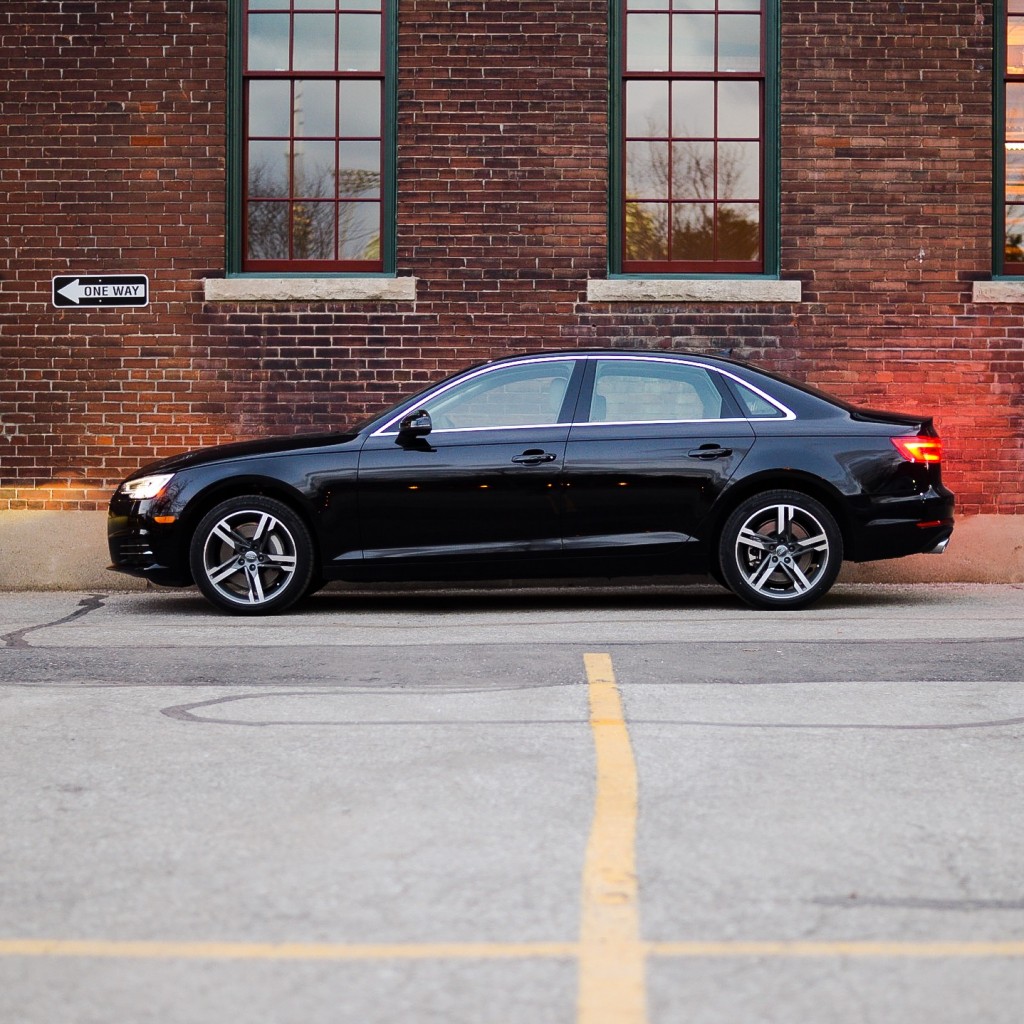 So is the level of refinement. Start the engine and, despite it being a direct-injection four-cylinder (a recipe, usually, for a slightly clattery idle), all you hear is a distant hum. Pull strongly away on a wave of 252 horsepower, and the lack of road noise working up through the chassis, and the lack of wind noise whistling around the pillars, is stunning. Despite being up to 120 kg lighter than its predecessor, depending on spec, the new A4 exudes a sense of calm and quiet from a class above – testament to careful aerodynamic sculpting and the use of high-tech materials instead of being packed with heavy sound-deadening. 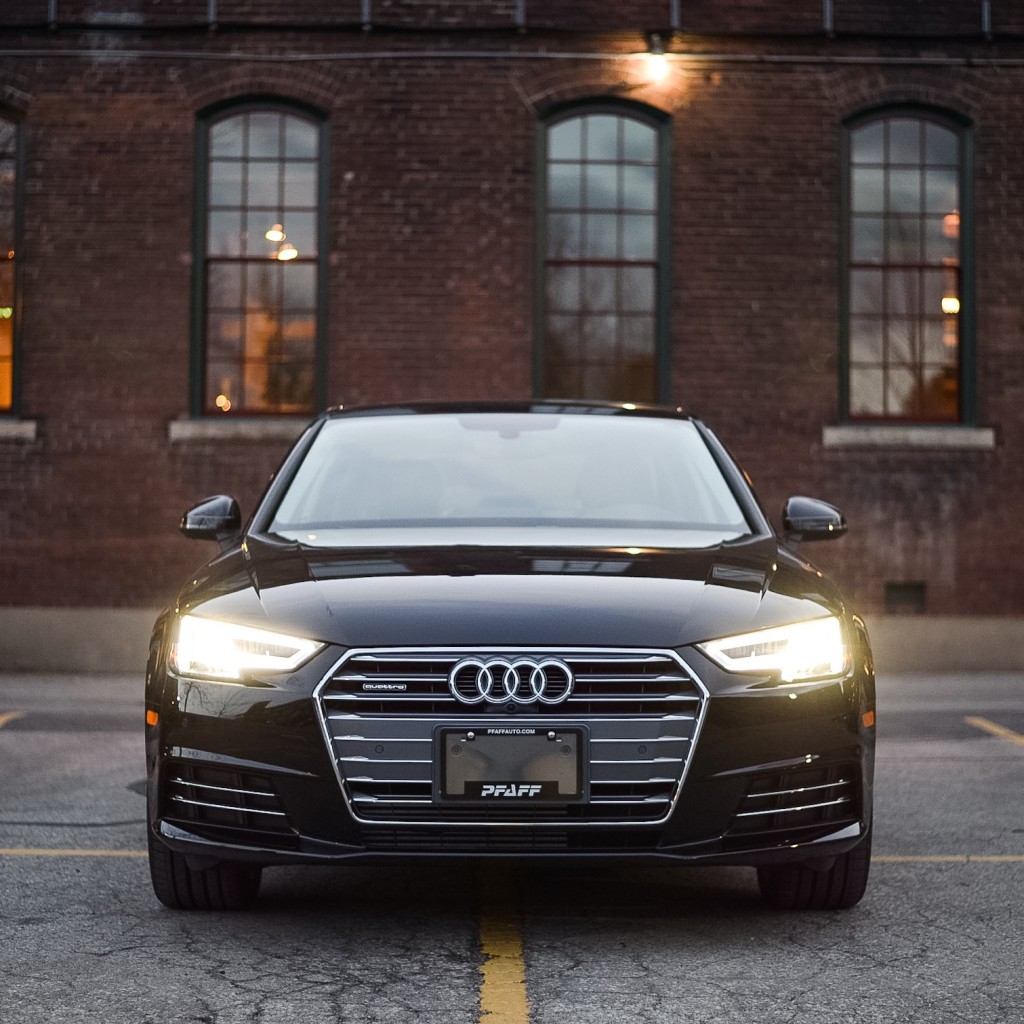 It’s only once you’re on the move that you realize the dividends that lack of weight delivers: having lost the equivalent of a couple of heavy passengers, the new A4 has a responsiveness that far eclipses the last generation – a car that was already known for being a lively performer. The steering responds to your lightest touch (its weight is adjustable via Audi drive select), a brush of the brake pedal is all it takes to introduce serious stopping power, and the handling through corners is as flat and as confident as you’d expect for an Audi fitted with standard quattro all-wheel drive. While it’s no sports car – superb ride quality means there’s a bit of rubberiness in the suspension when you’re leaning on it – the A4’s newfound level of agility is a huge step up. 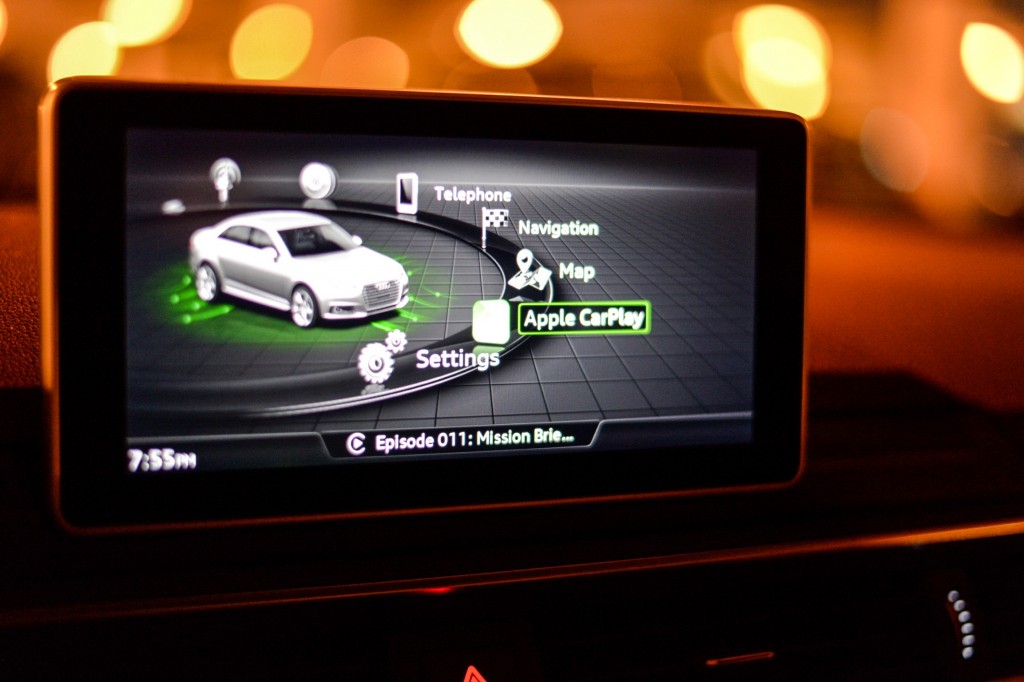 Most impressive, though, is the responsiveness of the drivetrain. The engine ramps up speed instantly, with no perceptible turbo lag, while the standard seven-speed S Tronic transmission snaps off imperceptible, instantaneous shifts, no matter whether you’re in smooth-sailing normal mode, aggressive sport mode, or using the steering wheel paddles yourself. The difference between the various modes is less pronounced than it might normally be, because the cabin is so quiet, and engine noise so muted, in general, but this is a surprisingly fast car, and an easy one to make rapid progress in. 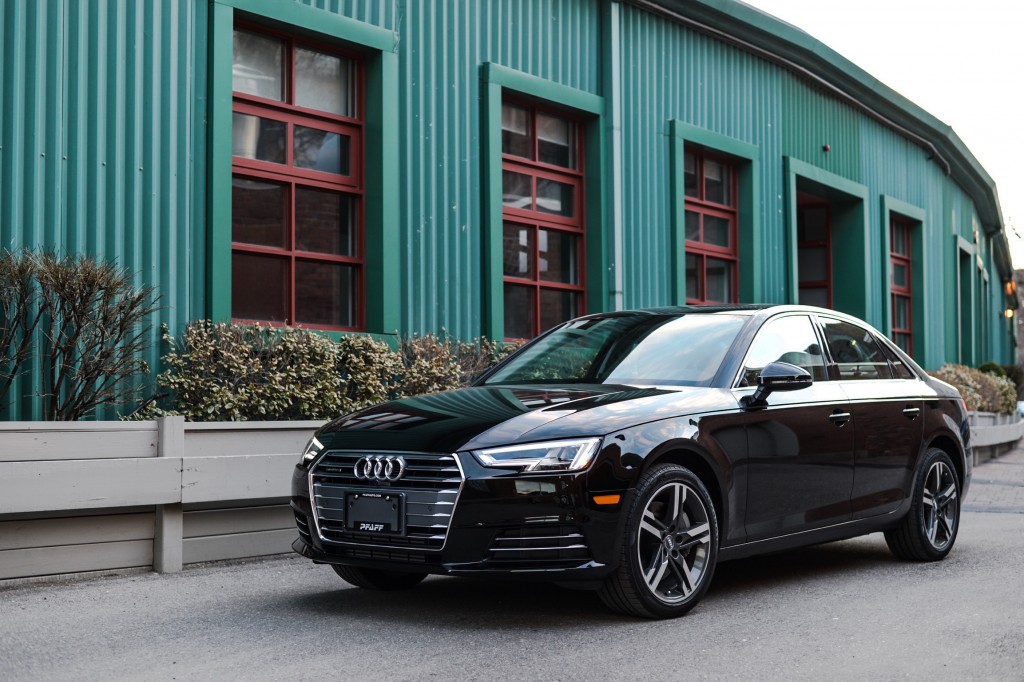 It’s funny: the first thing you notice about the A4 is, well, how much like an A4 it looks. Its exterior styling is decidedly evolutionary, like the previous design, but with sharper, more precise edges and creases all over; its single-frame grille is pointier, the new clamshell hood gives the front a more powerful look, and the rear lights are tighter and more aggressive. But evolution, not revolution, is part of Audi’s design strategy, and the reason that its cars always look good no matter what age they are. 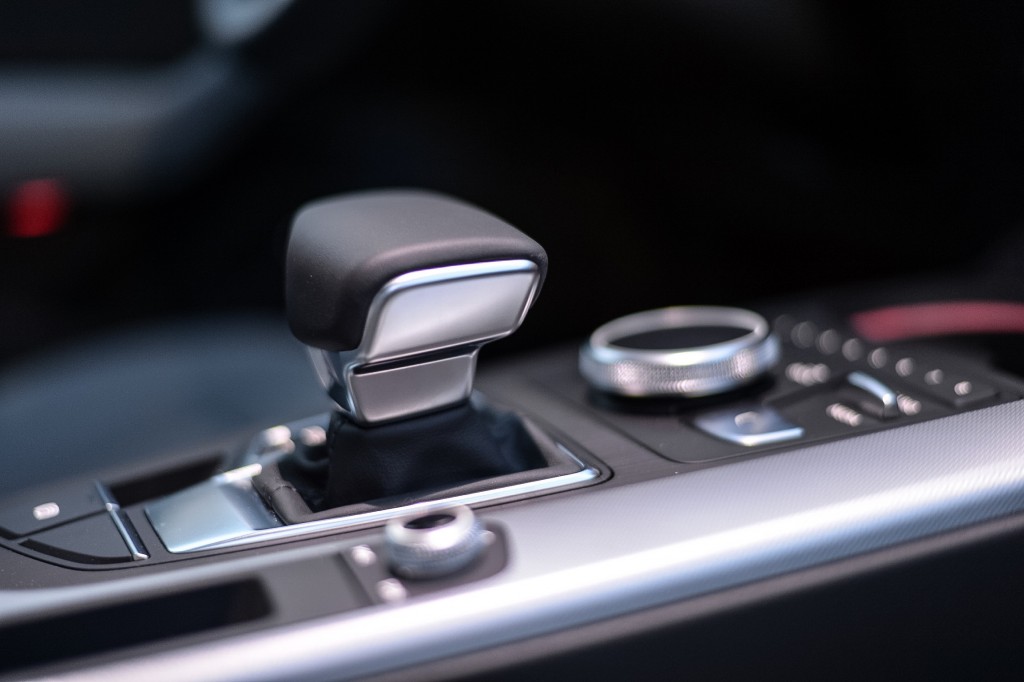 The A4’s evolutionary styling, though, cloaks a revolution in technology, which doesn’t just elevate it above the other cars in its class, but lands it in a leadership position in the industry, especially when you consider its $43,200 starting price.

Try the new A4 for yourself at our test drive event in Newmarket and Vaughan the week of April 4-8.