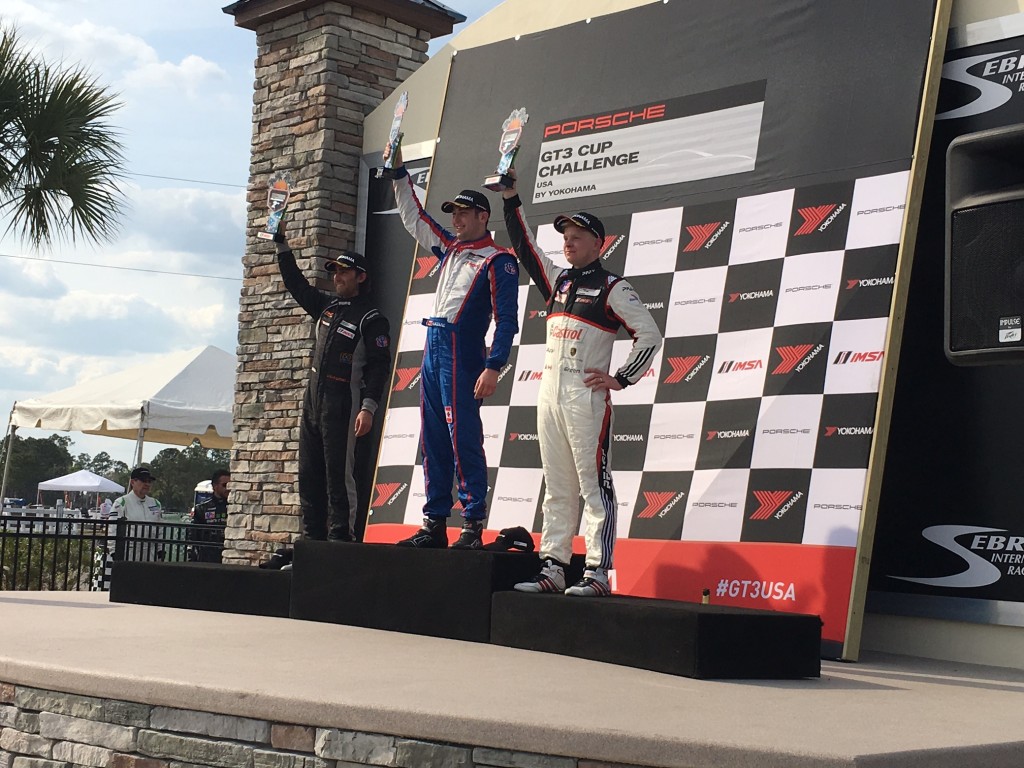 The first race of the IMSA Porsche GT3 North American Cup came to a close earlier this evening, and what a show it was for everyone tuned in on the video feed as well as at the track!

Chris Green, driving the #9 Castrol-Pfaff Motorsports Porsche 911 GT3 Cup, fell back to third on the start from his second-place position, and immediately had intense pressure from the fourth-place car, while pressuring to overtake second.

At that point, the race was on and Chris had a serious battle in his hands. Unfortunately, he had a big lockup in the early laps, and corded his left front tire, causing him to play defence the rest of the race. A very spirited drive on a damaged tire allowed Chris to hold second for a good part of the race, then ultimately bring home third place in one of the largest fields he’s ever raced in. All the while, he put on an incredible show for everyone watching to hold on to his position. 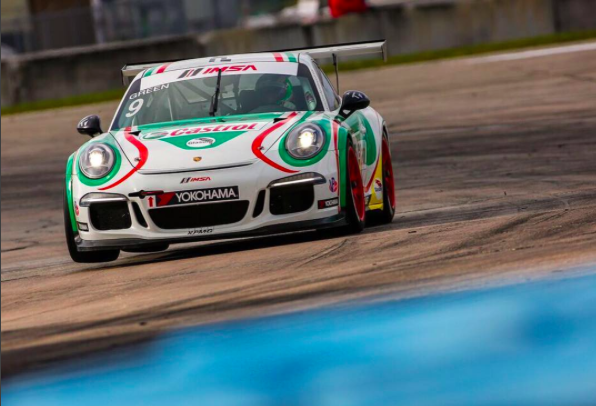 Orey Fidani, in the #13 Orlando-Pfaff Motorsports 911 GT3 Cup, had a difficult qualifying run earlier today, and started the race 22nd in class. Unfortunately, on the second lap, another driver slammed into Orey, and his race ended early after sustaining heavy damage to the rear of his car. Orey was thankfully okay, and the crew will be working hard tonight to get the car repaired for tomorrow. Hopefully Orey’s luck can turn around tomorrow and we’ll end his weekend off on a positive note!

Chris Green starts second in tomorrow morning’s race which goes green at 9:20am. You can follow the racing action live on imsa.tv.