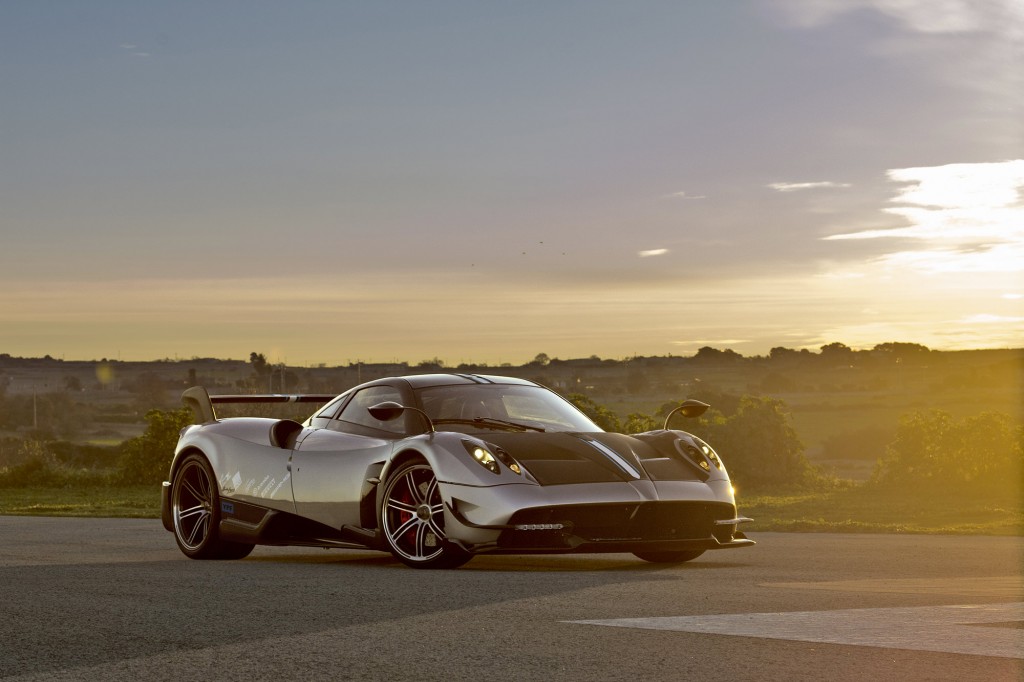 What’s in a name? The “BC” in the new Pagani Huayra BC represents the initials of Benny Caiola, a friend who has greatly inspired Horacio Pagani over the years. Benny was so impressed by the passion and technology of the cars Horacio was designing from the very beginning, he made history as the first customer to buy a Pagani Automobile.

The Huayra BC is the most technologically advanced Huayra Coupé yet, introducing innovative technical solutions which will be applied in the Pagani cars of the future. This not just a “restyling” of the Huayra, but a product that includes innovative changes in every part of the vehicle. It’s a car that has a completely different personality to that of the Huayra Coupé. 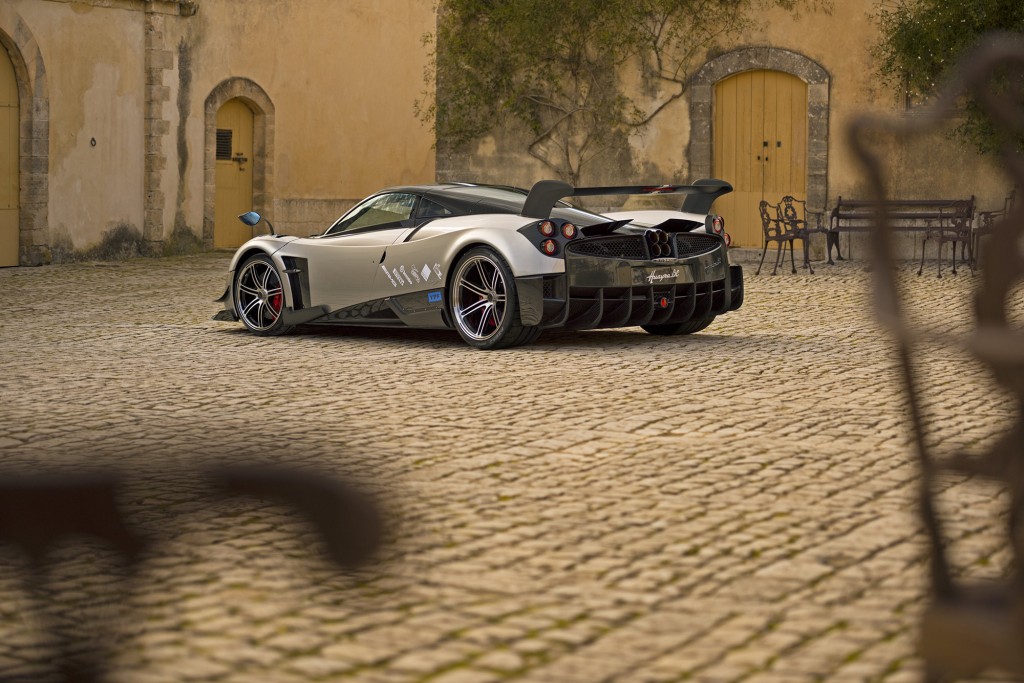 Conceived primarily as a road-going car that will give the maximum exhilaration and performance during track days and special events, the Huayra BC has been inspired by its “track focused” predecessors: the Pagani Zonda R and the Zonda Cinque.

After much careful consideration and research, Pagani Automobili decided not to go the route that others have followed and chosen instead to focus efforts on other technological areas of development that aimed to create the lightest, globally homologated, hypercar. The company developed chassis and suspension systems that are derived from motorsport to deliver dynamic and secure handling, while retaining the comfort typical of a Pagani. 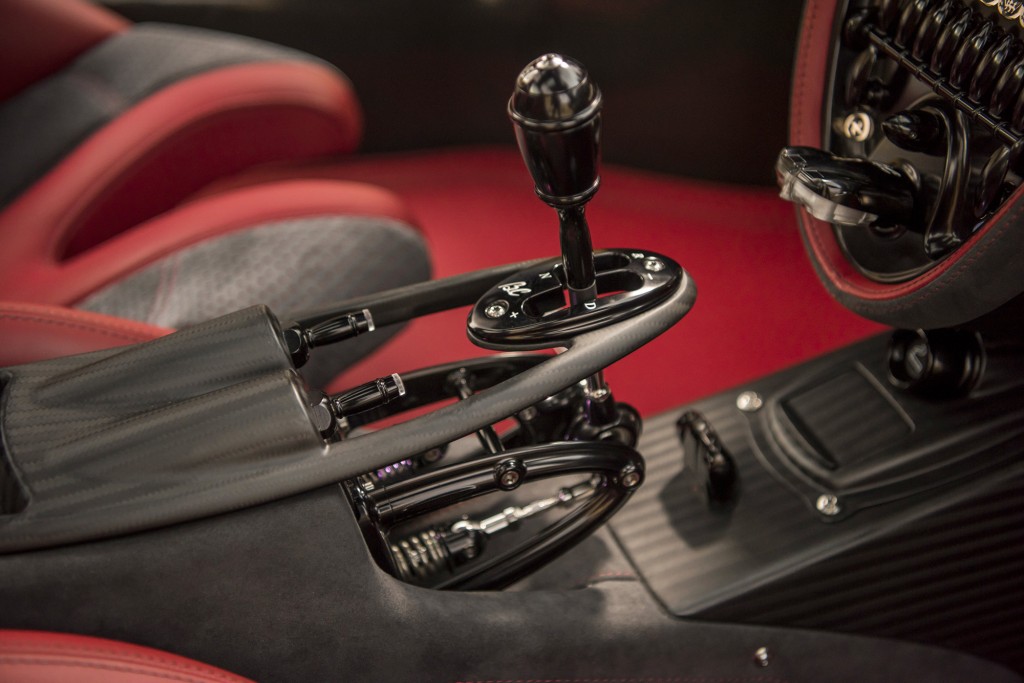 The Huayra BC features a 7-speed AMT (Automated Manual Transmission) developed from scratch and represents a new benchmark in this transmission technology. The gearbox, developed and manufactured by Xtrac, features a new electro-hydraulic actuation system and new carbon fibre synchronizers, designed to increase the precision of gear engagement and further reduce gearshift times. The clutch control program has also been heavily revised, allowing greater accuracy, despite the increased torque of the engine.

The Huayra BC is powered by a V12 Bi-Turbo engine developed by Mercedes AMG exclusively for Pagani. The engine unleashes more than 750 horsepower. A new sports exhaust includes a low back pressure muffler and is substantially lighter compared to the system used on the Huayra coupe. The result of careful acoustic design in geometries and materials such as titanium, the sound of the car with the sports exhaust system becomes even more intense and exciting delivering a truly unique experience when driving the Pagani Huayra BC on track. 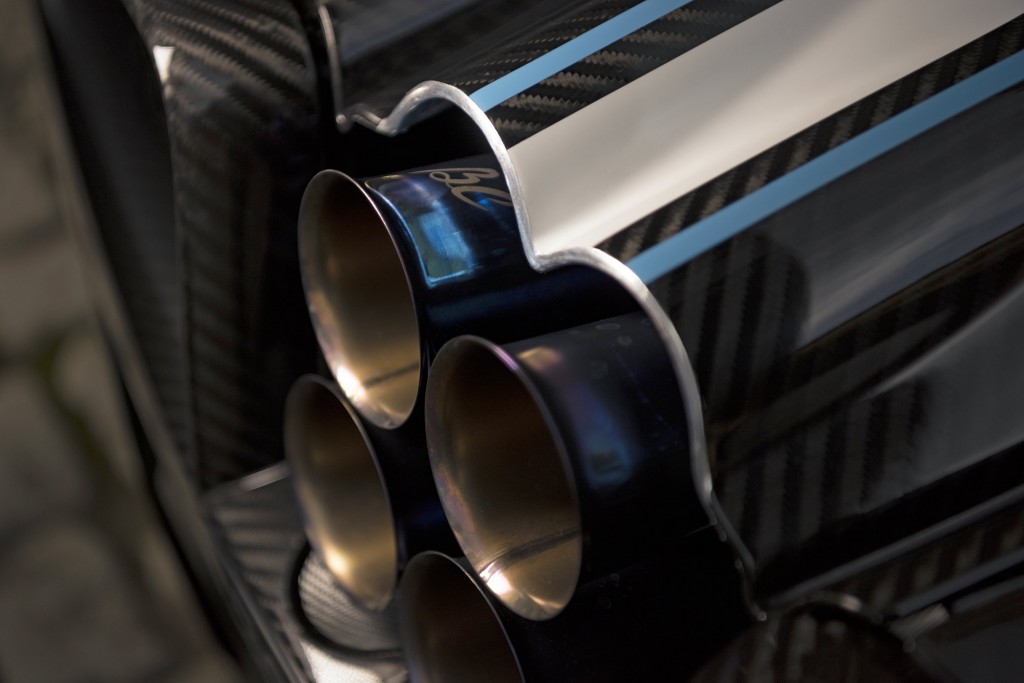 A brand new electronic active differential has been introduced to the platform. The advanced electronic differential control allows the differential to adapt to a full range of demanding driving conditions, from low grip situations, to the extreme driving performance required on the track, always maximizing the traction and increasing the stability of the vehicle. The result is a highly rewarding and dynamic experience that always inspires confidence.

The specially developed, bespoke suspension system of the Huayra BC, is the lightest and most effective ever applied to a road going hi-performance vehicle. The suspension components themselves are forged from HiForg, a lightweight aeronautic aluminium alloy of exceptionally high strength. Continuous evaluation and testing have allowed Pagani to optimize the design to achieve a weight saving of 25% compared to the suspension of the Huayra Coupe. Even the uprights have been completely redesigned, reducing the weight and increasing the rigidity of the components. This translates into a noticeable increase in the dynamic capabilities of the car, being even more responsive and reactive than before. 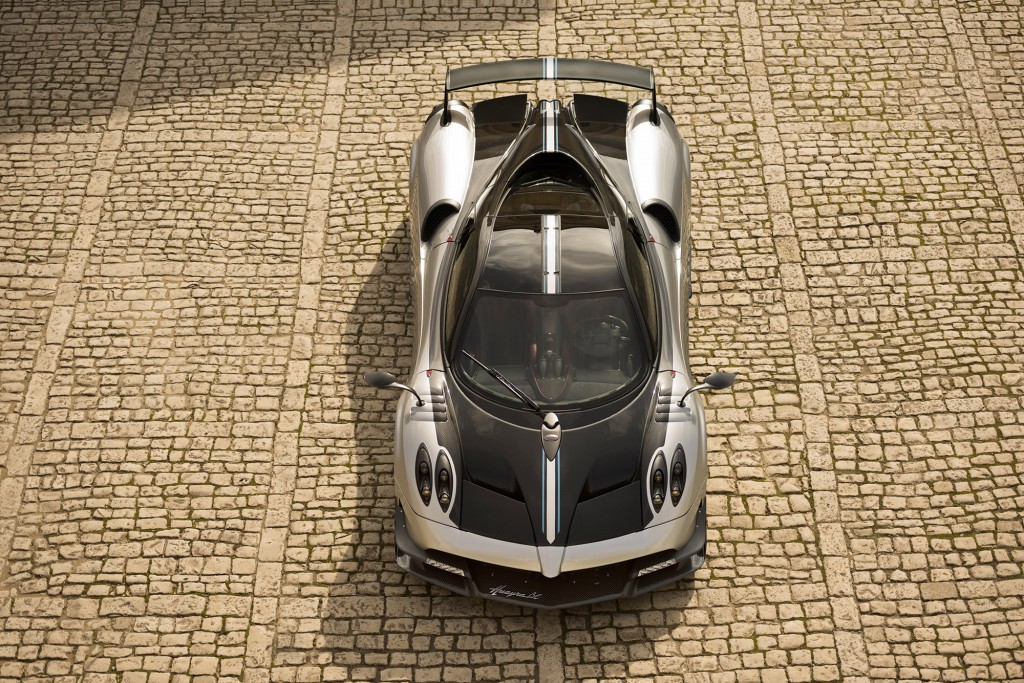 Like all Pagani models, the Huayra BC will be exclusively equipped with Pirelli tyres. Specifically, the car will run on P Zero Corsa in 255/30ZR20 and 355/25ZR21 sizes, guaranteeing the new hypercar from Modena high levels of safety in all usage conditions. The latest P Zero Corsa has a more aggressive-looking asymmetric tread pattern, with three longitudinal grooves reminiscent of the Formula One slick tyres from a few years ago.

Underpinning the design of the Huayra Coupé was concentration to maximize the aerodynamic efficiency in terms of resistance to attrition and the cancelling out the effect of “lift” on the vehicle body, incorporating for the first time in the history of supercars, active aerodynamics. 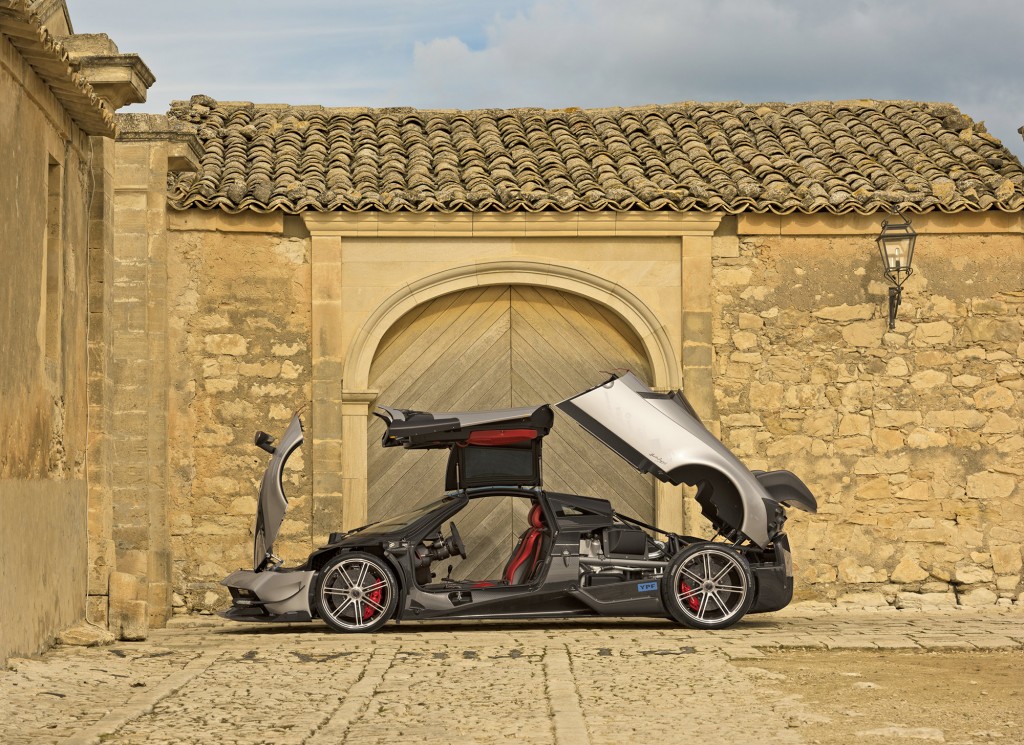 The philosophy behind the Huayra BC sought to bring this concept to extremes in the pursuit of aerody- namic performance by increasing downforce even further. During the birth of the Zonda, Horacio Pagani worked in the wind tunnel together with Gian Paolo Dallara, founder of Dallara Automobili and was a great inspiration and mentor to the young Horacio. For the Huayra BC, Horacio and his team have worked extensively on the aerodynamic properties of the car. The many months of study and CFD simulations have defined a form that generates maximum downforce for a performance car like the Huayra BC while retaining the unmistakable design language of Pagani.

The Pagani Huayra BC is being made in a limited run of just 20 units.