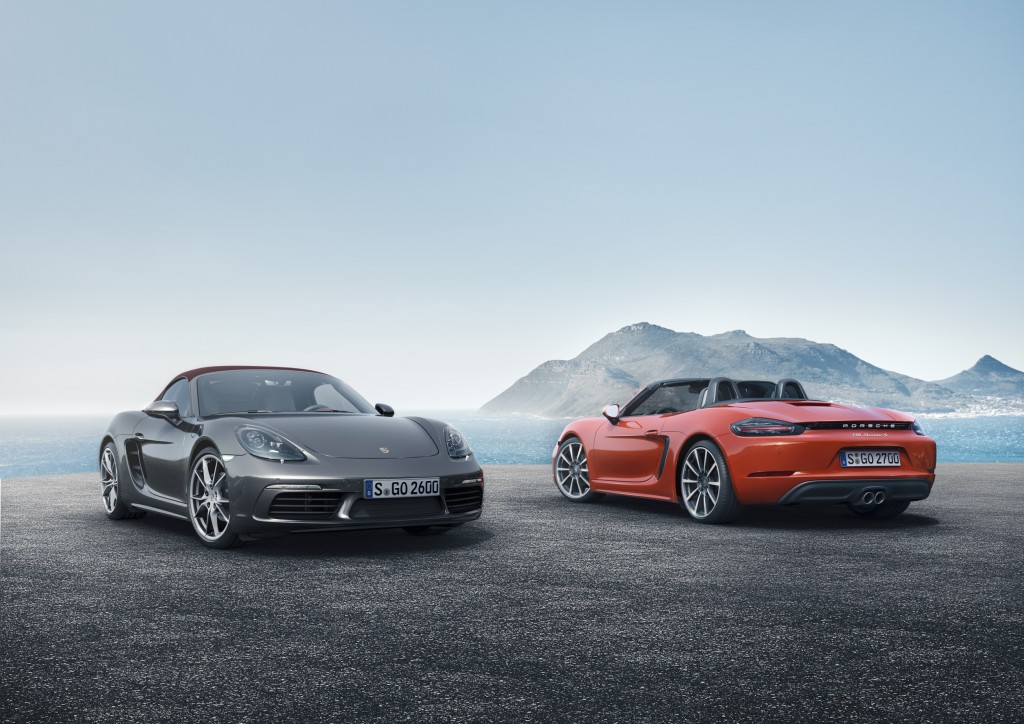 20 years after the first Boxster made its debut, Porsche has restructured its mid-engine roadster lineup, calling the new models 718 Boxster and 718 Boxster S. The two-seat convertibles are now more powerful and more fuel efficient, and reintroduce a tradition of the four-cylinder flat engines that were used in the Porsche 718 mid-engine sports cars that won numerous races back in the 1950s and 1960s. 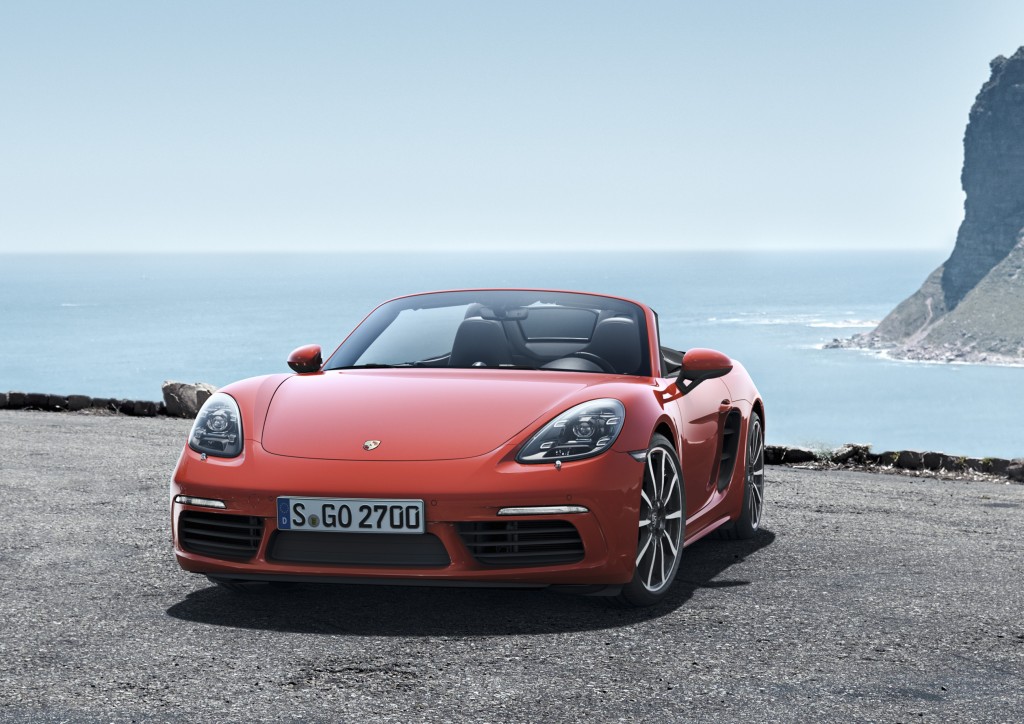 The centrepiece of the new model series is the newly developed four-cylinder flat engine with turbocharging. The 718 Boxster develops 300 hp of power from two litres of engine displacement, while the 718 Boxster S attains 350 hp from 2.5 litres of displacement. In the S model, Porsche also uses a turbocharger with variable turbine geometry. In fact Porsche is now the only manufacturer to offer VTG technology in production cars with petrol-driven engines, both in the 911 Turbo and in the 718 Boxster S. 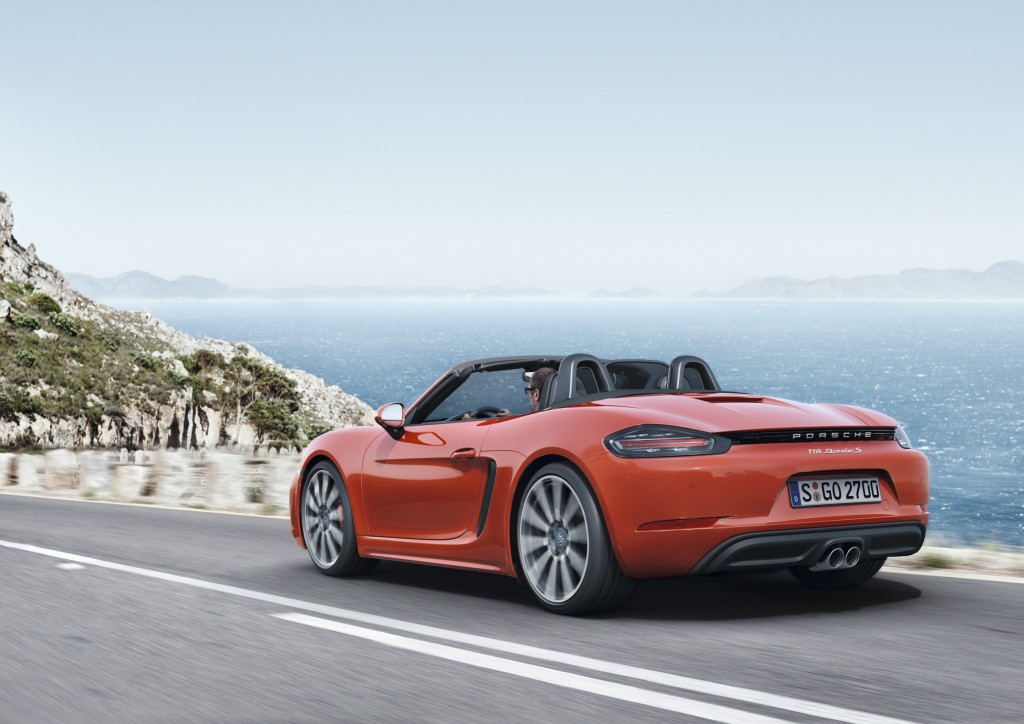 The completely new chassis tuning and stronger brakes provide for passionate and sporty driving pleasure. The design of the new model line was also comprehensively advanced. The vehicle was completely revised except for the luggage compartment lids, the windscreen and the convertible top. Inside, a newly designed dash panel frames the cockpit. In addition, the latest generation of Porsche Communication Management (PCM) with a state-of-the-art touchscreen is included as standard. The navigation module is available as an option. 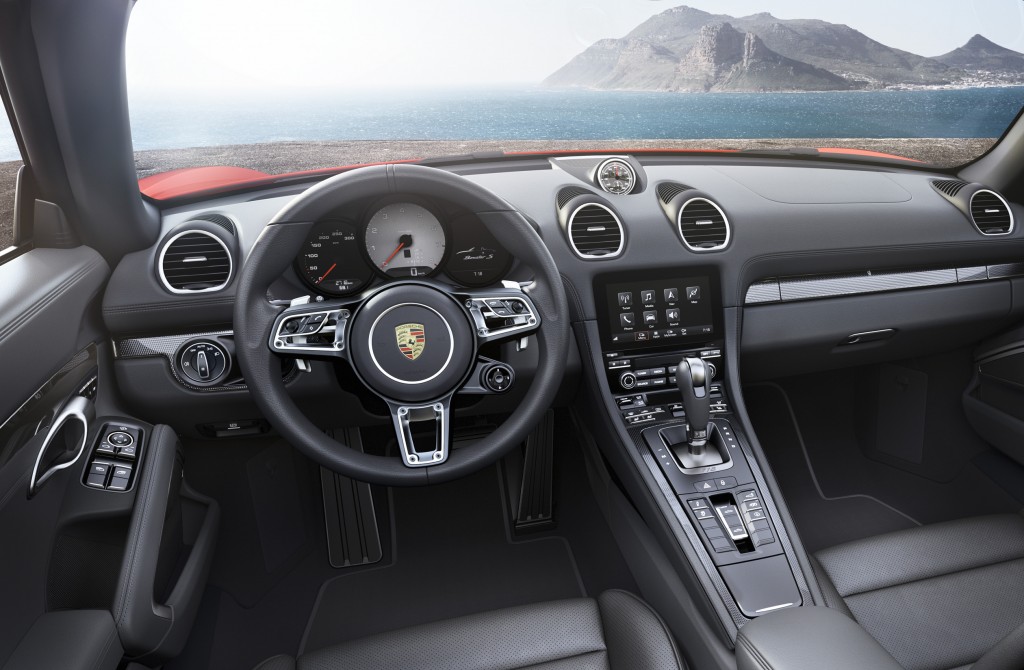 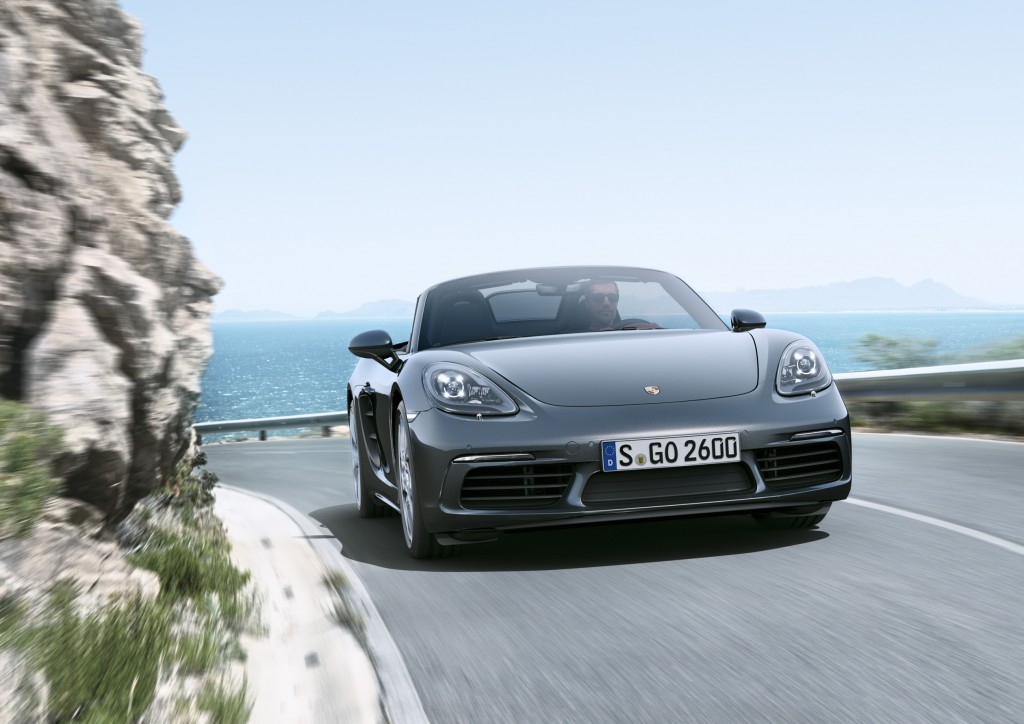 The 718 model line can be made out at first glance. The front end of the new roadster exhibits a much more sculptural form. The front has a wider and more masculine appearance. The much larger cooling air intakes at the front are a distinct exterior expression of the new turbo engine concept. The front end of the 718 Boxster is rounded out by the new design of the bi-xenon headlights with integrated LED daytime running lights. LED headlights with four-point daytime running lights are available as a new option.

From a side view, identifying features of the new model line include new, independently styled wings and side sills. Larger air inlet panels with two fins emphasise the car’s dynamic look. The doors are now designed without door handle recess covers. New 19-inch wheels are standard on the 718 Boxster S. 20-inch diameter wheels are available as an option. 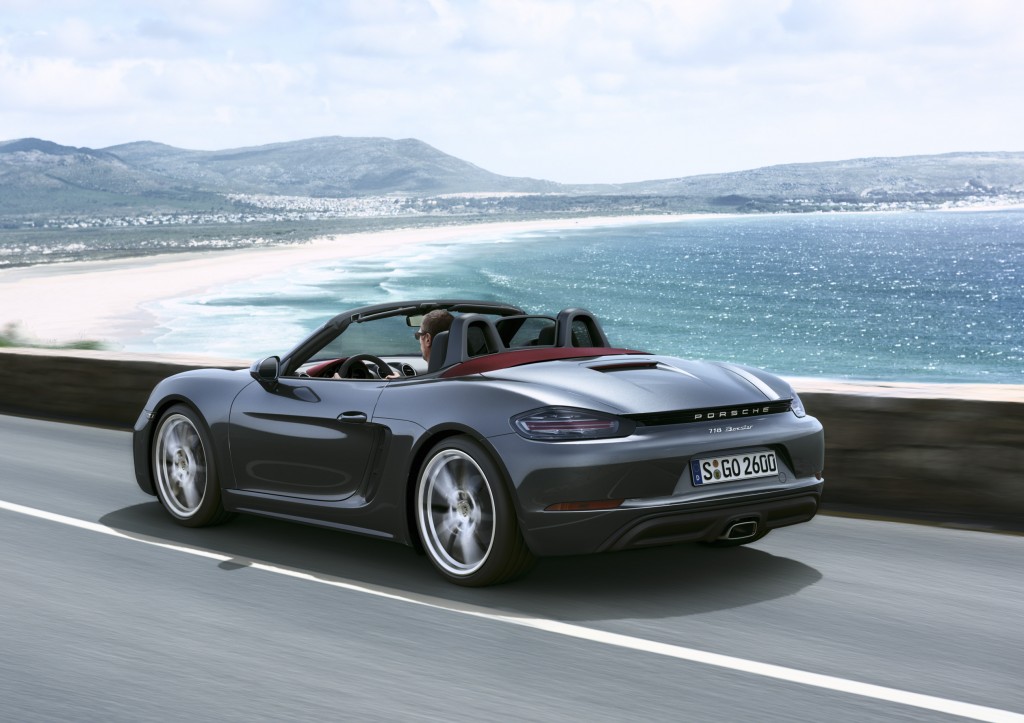 The redesigned rear body of the 718 Boxster has a much wider look – especially due to the accent strip with integrated Porsche badge between the tail lights. The entirely redeveloped tail lights are distinguished by their three-dimensional LED technology and four-point brake lights.

In its driving dynamics, the new roadster follows in the tracks of the original 718. The car’s completely retuned chassis enhances cornering performance. The electromechanical steering system is configured to be ten per cent more direct. This makes the 718 Boxster even more agile and easier to steer, both on circuit tracks and in everyday traffic.

Awaiting the driver in the cockpit of the 718 Boxster is the familiar Porsche interior environment, now upgraded with new elements such as the instrument panel. Another central element of the new interior layout is the Porsche Communication Management (PCM) unit with mobile phone preparation, audio interfaces and the Sound Package Plus with 110 watts of audio power. The PCM can be extended with optional modules to thoroughly adapt it to personal requirements. For instance, the navigation module with voice control is available, which makes it easy to input driving destinations. In addition, the Connect Plus module is available as an extension of the navigation module; it provides extended online services.