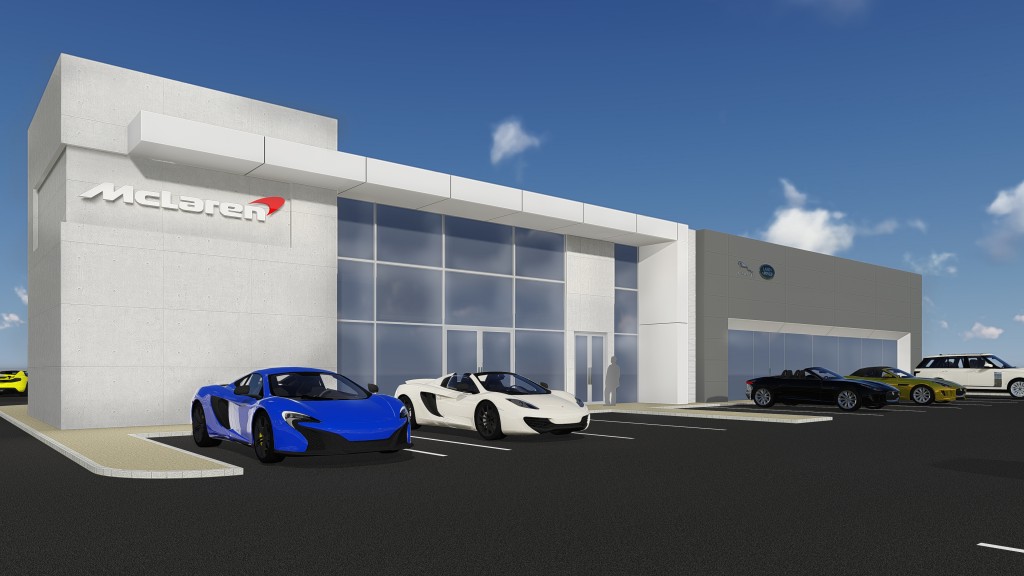 Pfaff Automotive Partners, Canadian importer for McLaren automobiles, today announced the expansion of the McLaren dealer network into the Quebec market with the appointment of Nino and Renato De Cubellis, who will open McLaren Montreal in late 2016. The two brothers own Jaguar Land Rover Laval, and will open their new McLaren dealership on Boulevard Chomedey, adjacent to their existing Jaguar Land Rover facility.

McLaren Montreal will be strategically located. Over the past two decades, Laval has been one of the fastest growth areas in Canada in terms of population and affluence. The dealership can easily be accessed via highway networks directly from Montreal, and the affluent suburbs surrounding Montreal, such as the North Shore, West Island, the East End, and South Shore areas.

“Both Nino and Renato have always focused on providing long-term exceptional service instead of short-term gain,” said Christopher Pfaff, President and CEO of Pfaff Automotive Partners. “In that way, their values reflect ours: the trust and respect they have developed with their customers over the years has kept satisfaction high and consistent. Like us, Nino and Renato understand the value of exceptional customer service, and the level of engagement only a truly passionate team can deliver.”

“We are looking forward to McLaren Montreal opening up as our third dealership in Canada, and I am confident the De Cubellis brothers will do an excellent job representing McLaren,” said Tony Joseph, President of McLaren North America. “Their experience with premium British brands makes them the ideal fit for McLaren.”

Jaguar Land Rover Laval owners Nino and Renato De Cubellis are celebrating a decade in business this year. The two brothers come from a family with automotive background dating back to the early 70’s, having dealt mainly with luxury brands and their loyal customers.

“We enjoy developing sustainable long-term relationships with our customers,” said Renato. “Purchasing a luxury vehicle is a big deal, and we understand the importance of making clients feel valued. Our friendly and knowledgeable staff is just as dedicated.”

The De Cubellis brothers have strong ties to their community and have participated in several charitable efforts. For several years, Jaguar Land Rover Laval has supported AGAPE, an organization that caters to Laval’s underprivileged residents, and in 2014 and 2015, the dealership pledged a platinum sponsorship to the Laval Families Magazine Young Author’s Contest. In 2016, they’ve pledged to take their efforts a step further by partnering with the Canadian Cancer Society.

“Pfaff has helped grow the McLaren brand in Canada, from the opening of the country’s first McLaren store in 2012,” said Christopher Pfaff. “From that starting point, we have grown to serve a nationwide audience, delivering vehicles from Nova Scotia to British Columbia, and established McLaren Vancouver in 2014. We have always strived to serve the Quebec market well, but with the introduction of the new Sports series, it became clear that Quebec  – and Montreal in particular – was an untapped opportunity. We think the time is right for Quebec, and Montreal, to have its own McLaren dealership – and are equally certain that the De Cubellis brothers are the right partners to help us grow the brand even further.”