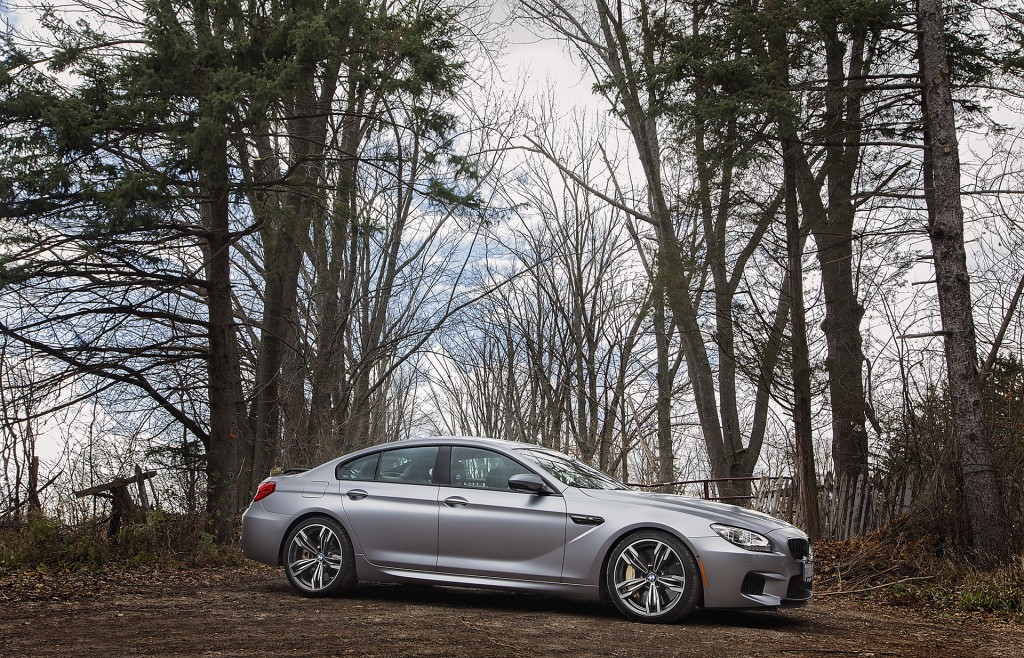 The BMW 6 Series Gran Coupe is a difficult car to explain, and if you want to think logically, a difficult car to justify. For one thing, it’s the sedan version (of the 6 Series) of the coupe version of a sedan (the 5 Series), meaning it’s been stretched after it’s been shrunk. It also manages to fit just four seats – four seats with limited headroom, at that – into a car that’s actually longer and wider than the five-seater on which it was originally based. For the privilege of this poor packaging, you pay a significant price premium, you lose the versatility of folding rear seats, and have a more difficult time seeing out thanks to the chopped-down roofline.

It’s also just about the most beautiful four-door car you you can buy right now.

That’s the thing with beautiful things. Car designers like to talk about function dictating form, but some of the best-looking cars of all time sacrificed the former at the altar of the latter, and the automotive world’s best and most memorable shapes are feats of terrible packaging, require contortions to get in and out of, and are all the better for it. Who cares about headroom when the 6 Gran Coupe’s roofline is so low, swoopy, and sexy? Its wheels are spaced further apart not to aid interior space, but to stretch out its proportions, making it lower and wider, to give its lines more flow. Like some of this planet’s most beautiful animals – a peacock’s colourful tail exists solely as ornamentation – this BMW’s form IS its function; it’s an expression of the fact that you don’t need the space, but can take up as much of it as you want.

It’s an indulgent car on so many levels. The decision to limit the remit to four seats has allowed BMW to structure the 6 Gran Coupe’s interior with far more style and panache than the more-practical 5. A deep dashboard sweeps into a broad centre stack which twists into a wide console that spans both the front and rear passenger compartments. The door panels are high and create a cocooning effect, and they, like the entire dash and console, are wrapped in contrasting leather. The giant speaker panels for the Bang & Olufsen audio system are perforated metal, floating in backlit enclosures on the doors and parcel shelf (there’s a pop-up centre tweeter on the dash as well). It’s all quite exquisite – as if almost too much style and quality has been crammed into a small space – but think of it this way. The interior of a private jet is less roomy and less comfortable than a decent business-class seat on a commercial aircraft, but which way would you rather travel?

As befitting its status, the Gran Coupe is available with a more limited selection of engines than the 5 Series, and is available as a 640i with a turbocharged inline-6, a 650i with a turbo V8, or the full-beans M6 you see here, with a 562-hp twin-turbo V8 thundering its soundtrack through four exhaust pipes. Unlike the 640i and 650i, you get an M DCT dual-clutch gearbox instead of BMW’s excellent eight-speed automatic for more precision and control. Left to its own devices, and in the gentlest of its shift settings, it’ll do a convincing impression of an auto, slurring gently between its gears while cruising. But turn up its shift speed (and, along with the adjustable suspension, steering, and throttle response), save your more aggressive settings in one of the two M buttons on the steering wheel, and it’s a different animal entirely. The wheel-mounted paddles crack off shifts that feel and sound like rifle shots, the engine gargles and roars and, probably, the rear Michelin Super Sports struggle to keep it all in check.

For something as big as it is, the M6 Gran Coupe handles with impressive nimbleness, provided you’ve woken the steering and suspension up from their default comfort setting. In relaxed driving, the adjustable dampers and steering mean you can cruise around town on even the worst roads with the car remaining comfortable and refined, but you’ll want to switch to sport or sport plus to carve corners with; they significantly improve turn-in response, add a bit of weight to the controls, and reduce the slightly nose-heavy feeling around freeway ramps. Sport and sport plus settings for the throttle also give you a little bit more of that spectacular V8 thunder, even at low revs.

A word about this car’s optional ceramic brake system: it’s amazing. Identifiable by its giant gold-coloured front calipers, the ceramics not only improve the M6’s awesome stopping performance, but they also have a sharpness to their feel that makes the whole car feel a little bit more alive. The traditional dead spot at the top of the brake pedal – which helps give regular BMWs that liquid quality that makes every driver look like they’re incredibly smooth behind the wheel – is gone, replaced by immediate bite and response for keen drivers. It takes a couple of minutes to get used to, but after driving with the ceramics for a while, you’ll never want to go back to anything else. Not least because they also don’t generate any brake dust, meaning your wheels stay cleaner for longer!

Which means that the brakes – in addition to providing a healthy dose of driving function – serve a stylistic function as well. Just like every other feature of this car, they help make every drive – and every road – that little bit more beautiful. 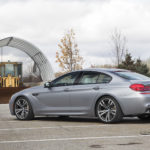 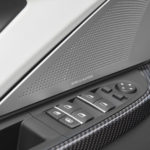 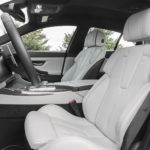 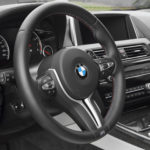 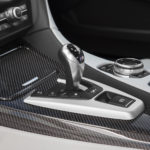 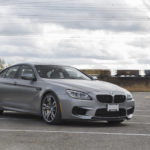 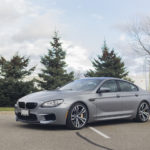 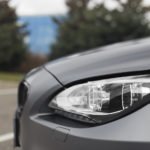