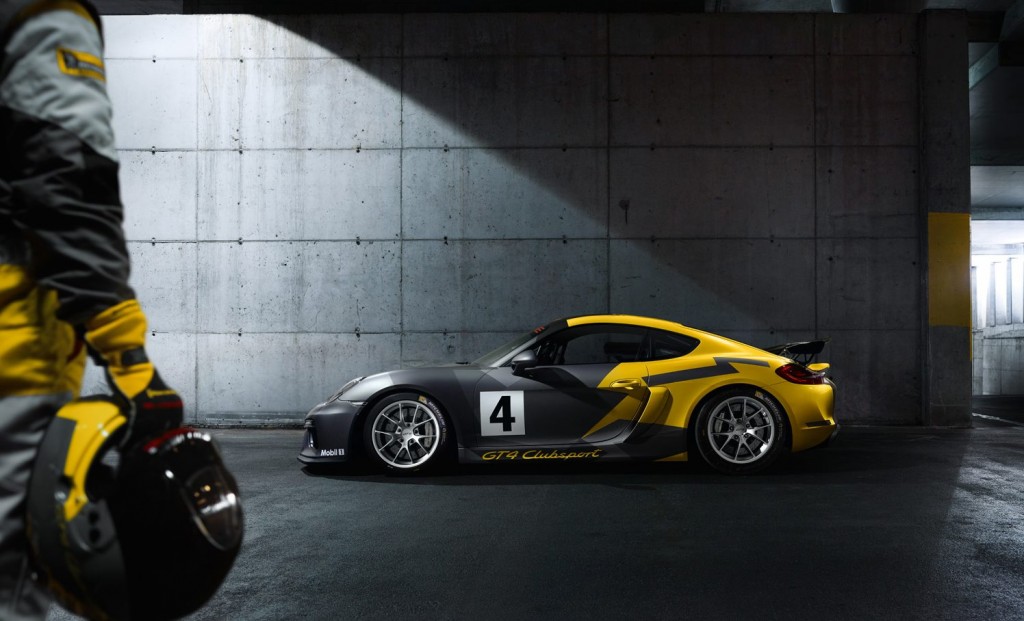 Pfaff Motorsports are proud to tease that we will have at least one of these GT4 Clubsports running with us next year!

Porsche has added a new sports car for recreational and club racing to its fleet. The 283 kW (385 hp) mid-engine racer for motorsport newcomers, which is not road homologated, is based on the successful street-legal Cayman GT4 sports car. Sales of the racing car start with the unveiling at the trade show.

Just like its exceptionally race-worthy production sibling, the Cayman GT4 Clubsport is powered by a 3.8-litre flat-six engine, positioned directly behind the driver’s seat. The racing version exclusively features a modified six-speed Porsche double clutch transmission with shift paddles on the steering wheel and a mechanical rear-axle locking differential specifically for racing. The lightweight strut front axle is taken from its big 911 GT3 Cup brother, which is campaigned in Porsche’s 20 one-make championships around the world. Working at the rear is an enhanced lightweight strut suspension with transverse arms adopted from the 911 GT3 Cup. The impressively dimensioned racing brake system features 380-millimetre steel brake discs all round. Fitted at the front are one-piece, six-piston aluminium fixed callipers, with a four-piston equivalent at the rear. The anti-lock brake system can be adjusted in twelve stages. The Electronic Stability Programme has been expanded for slicks. The power steering is operated electro-mechanically.

The Cayman GT4 Clubsport is a truly lightweight

Tipping the scales at just 1,300 kilograms, the Cayman GT4 Clubsport, delivered ex-works with a welded-in safety cage, a racing bucket seat as well as a six-point harness, is truly lightweight. The basic version is equipped with a 90-litre standard tank, with an optional 70-litre or 100-litre FT3 safety tank available. Mounted at the front axle are 18-inch five-bolt forged rims with Michelin tyres (25/64-18), with 18-inch five-bolt forged rims at the rear with 27/68-18 tyre dimensions.

The new Cayman GT4 Clubsport, which is available from 111,000 euro plus country-specific VAT, can be ordered immediately from Porsche Motorsport in Weissach. For 2016, homologation is planned for race series such as the VLN Long Distance Championship Nürburgring, the SRO GT4 series, the Pirelli GT3 Cup Trophy USA, the Ultra 94 GT3 Cup Challenge Canada and for club races run by the Porsche Club of America, as well as for other club-level meetings around the world. 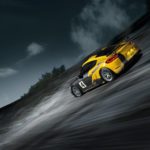 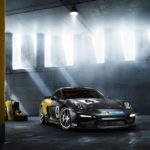 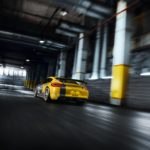 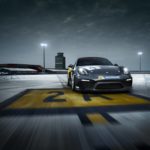 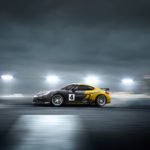 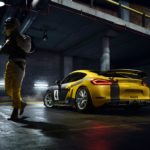 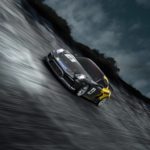