The BMW M4 GTS is bad-ass. There, I said it. Shouldn’t be too much of a shock, I mean, just look at it. The wheels, front splitter, carbon rear wing, and matte paint all scream performance. But it gets better once you dive into the specs.

Yup. It’s the first road going production car to feature water injection. The BMW M4 GTS uses the multi-award-winning six-cylinder in-line turbo engine from the BMW M3 and M4, but adds innovative water injection technology to give the 3.0-litre unit a substantial power boost. The water injection system raises the engine’s output significantly – to 500 hp – and increases torque to 442 lb-ft. What they do is inject a little bit of water into the cylinder along with the gas allowing the engine to run faster, creating more power without sacrificing emissions. Good stuff. Not to mention the mad street cred you’ll get when you tell your buddies that your car is water injected. 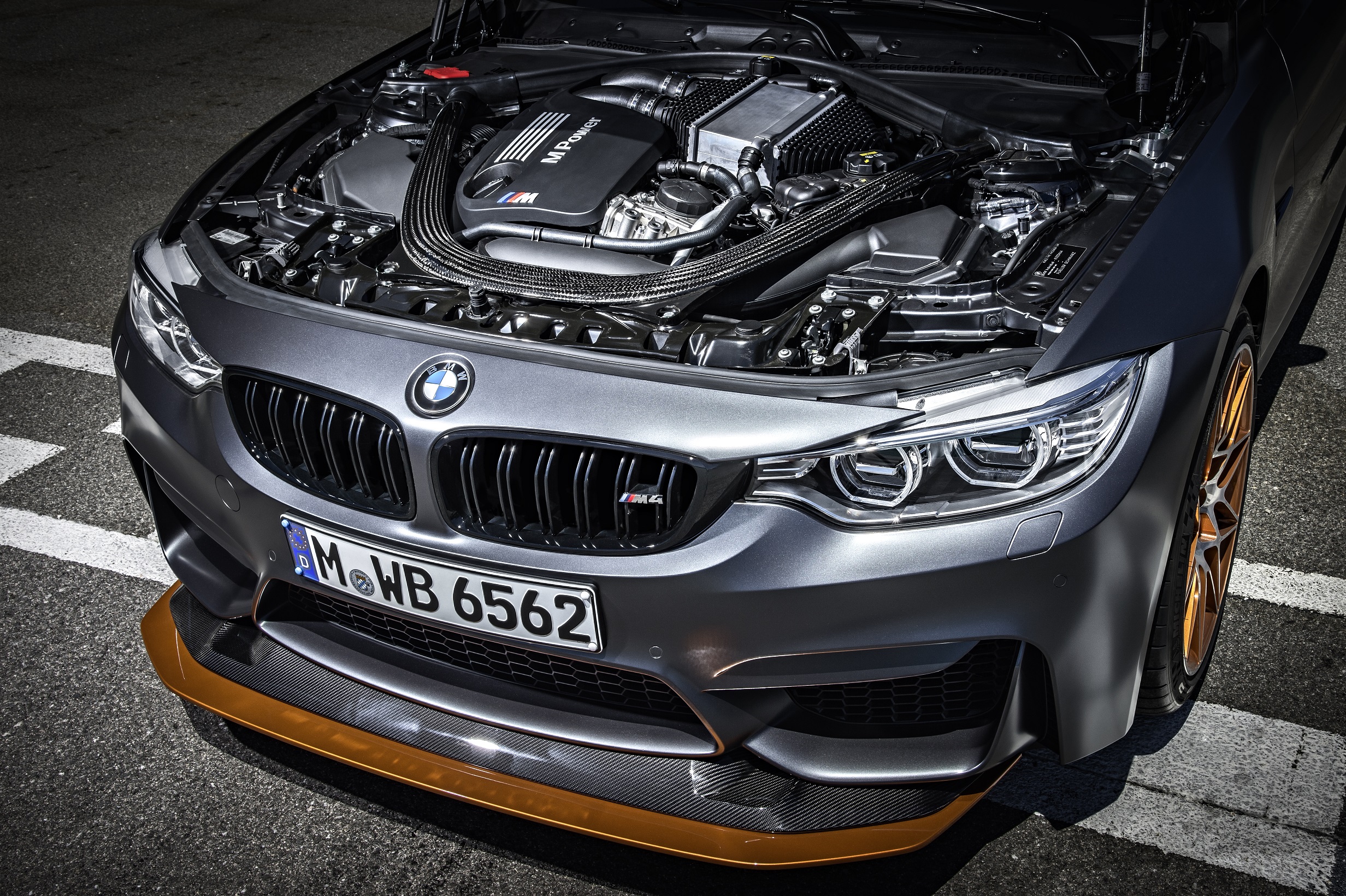 It’s a bit lighter too.

BMW managed to save about 30 pounds over the standard M4. Inside, carbon-fibre bucket seats, a lightweight centre console, the lightweight construction of the rear seat panelling and trunk partition, and special lightweight door and side panel trim, including door pull loops in place of solid door handles, are just some of the weight saving techniques used. Not to mention all the carbon on the outside and in areas that you can’t see. Even the tail-lights, which are new OLED (organic LED’s) are just 1.4 millimeters in height. They’ve gotta weigh less, right? 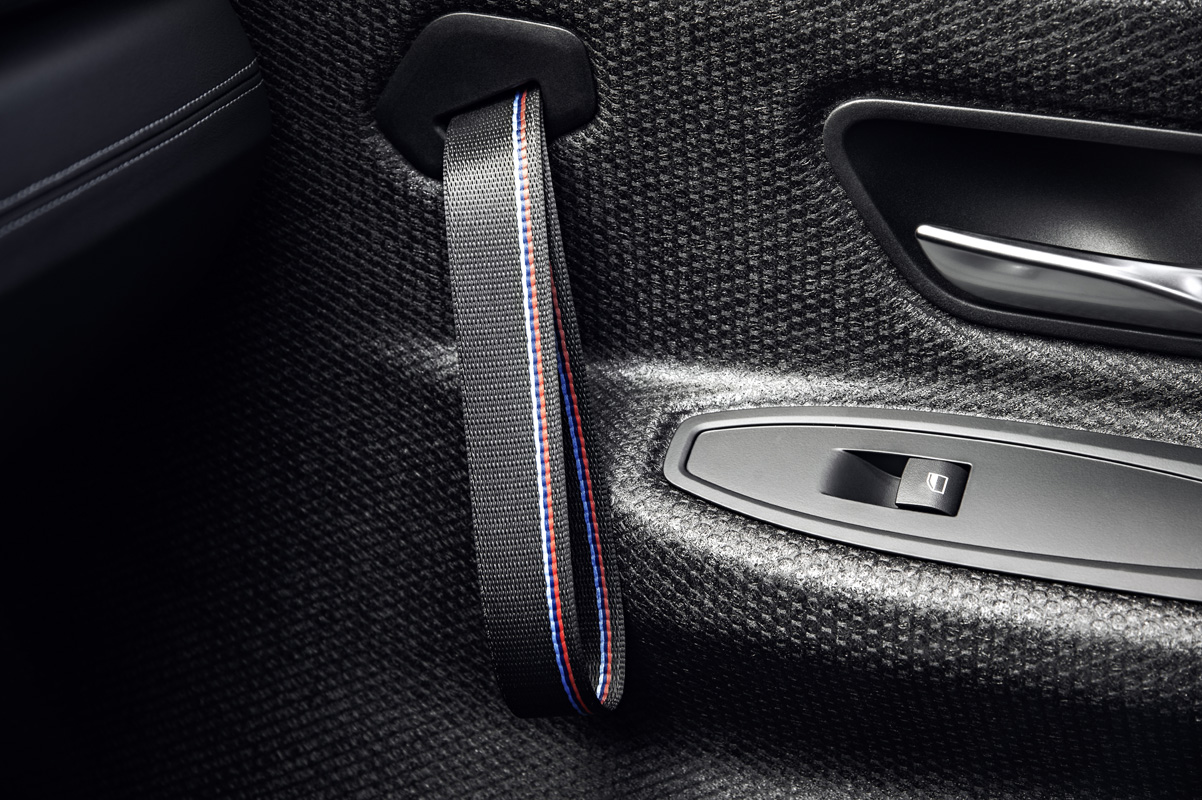 It’s all about the track.

In a world where all M4’s are equal, this one is a little more equal on the track. We love our manual transmissions here at Pfaff, and kudos to BMW for keeping them around when most of the competition is dropping them in favour of dual-clutch automatics. But we can hardly blame them for offering the GTS with just the DCT. It’s just so fast and so responsive on the track, it’s the obvious choice. That, along with the sticky Michelin Pilot Sport Cup 2 tires which are adapted specifically to the BMW M4 GTS, are sure to impress. It also comes from the factory with coil overs and 3 way adjustable dampeners. You can even order the M4 GTS with a Clubsport package, adding a roll bar in Acid Orange behind the front seats and a fire extinguisher.  Must work, seeing how it did a 7.28 around the Nürburgring-Nordschleife.

Seems to be a bit of a theme with this one. Likely pulling inspiration from the M3 GTS, it shows up as an accent all over the place. It’s on the wheels, the front lip, the roll cage, and all over the interior. Personally, I like it. I think it’s a bit of a diversion from the usual M colours and helps identify it as something special

It’s going to be pretty rare.

To celebrate the 30th anniversary of the M3, the M4 GTS is only going to be made in limited numbers. 700 worldwide infact. Which means that getting one here could be a little tricky. One thing is for sure though, this thing is going to cook both on the track and on the street.

UPDATE: BMW Canada has announced that the M4 GTS will be coming to Canada in the spring of 2016 in “limited numbers”. This is going to be a very rare, very awesome BMW.

For now, why not check out our M Performance Inventory?