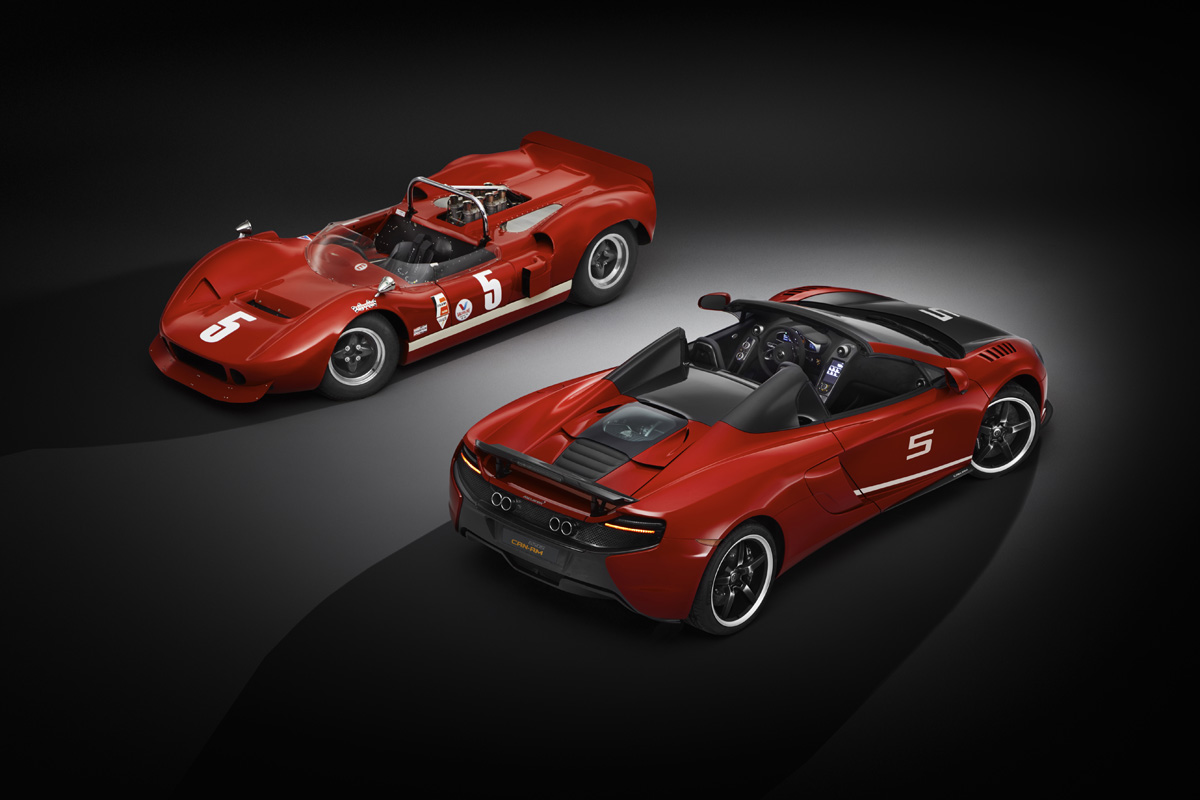 The Can-Am series, or Canadian-American Challenge Cup, was the battle of power and speed around some of the most iconic circuits in North America. It attracted some of the biggest stars of that generation including Bruce McLaren, the namesake of the McLaren brand. McLaren became one of the most successful names in the sport.

As was key to the success of the Cam-Am race cars, the latest technologies and materials are used throughout the 650S Can-Am. In addition to its lightweight MonoCell chassis, the 650S Can-Am features a carbon fiber retractable hard top – a first for a McLaren road car. Carbon fibre is also used for the hood, Airbrake, front splitter, rear bumper centre, door blades, and the sill cover. The bespoke set of lightweight forged allow wheels was inspired by the Can-Am race cars, with a gloss black finish on each of the five spoke and diamond cut rim. 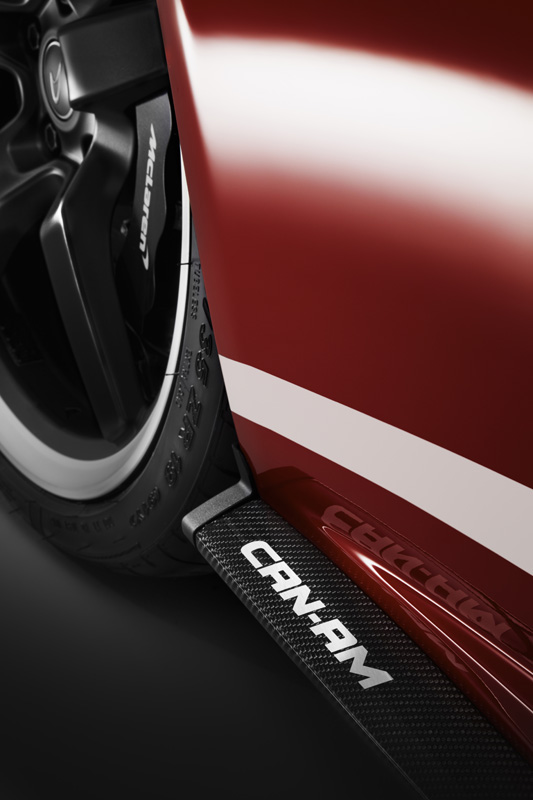 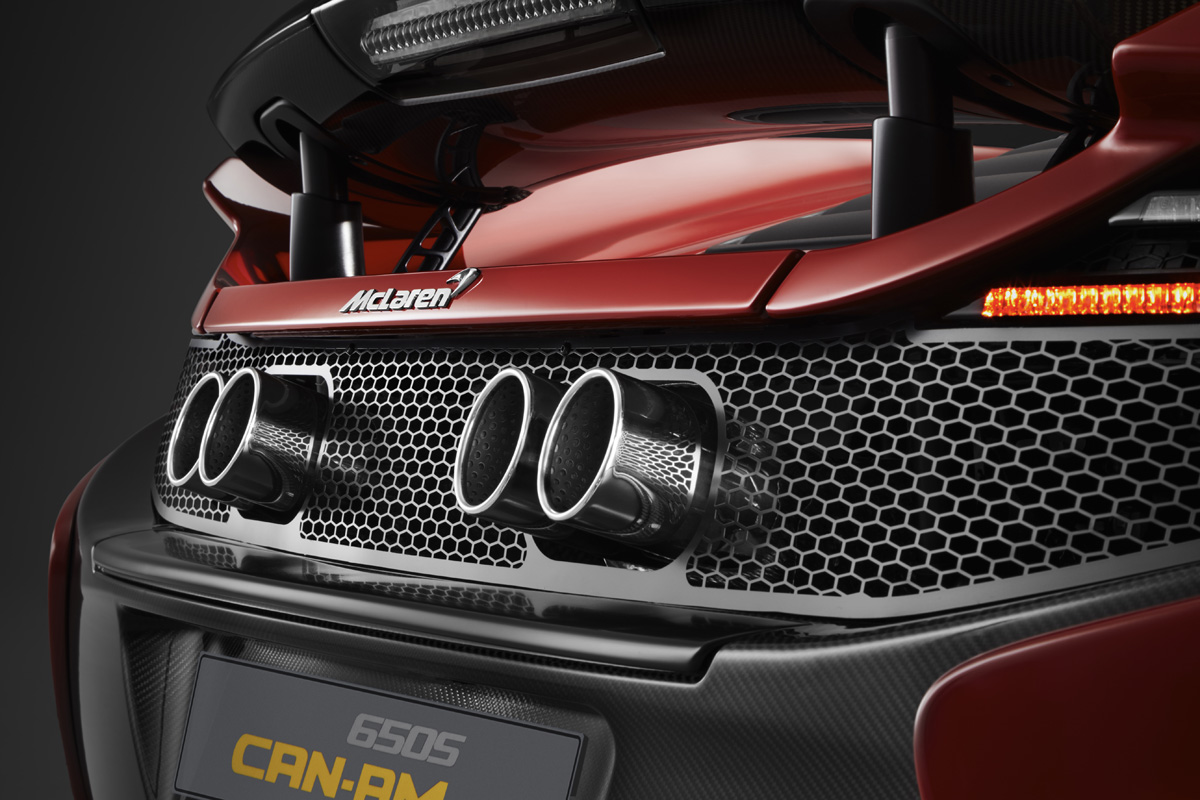 Performance stays the same as a regular 650S with 641 HP and 500 lb-ft of torque. The 650S Can-Am is offered in three colours, each inspired by a historic Can-Am livery. Premiering in Mars Red, the colour has been matched to the M1B raced by Bruce McLaren and his teammate Chris Amon for the debut season. Other colours available are Papaya Spark and Onyx Black.

Inside, sport seats are covered in Alcantara to complement the exterior colour, alongside coloured seatbelts and further carbon highlights throughout the cabin. The interior of the special edition model is marked out with a unique dedication plaque on the drivers door. There will only be 50 examples globally. You can learn more here.