Pfaff Auto | Blog | Lighter, faster, techier: the new TT is the return of an icon

Lighter, faster, techier: the new TT is the return of an icon 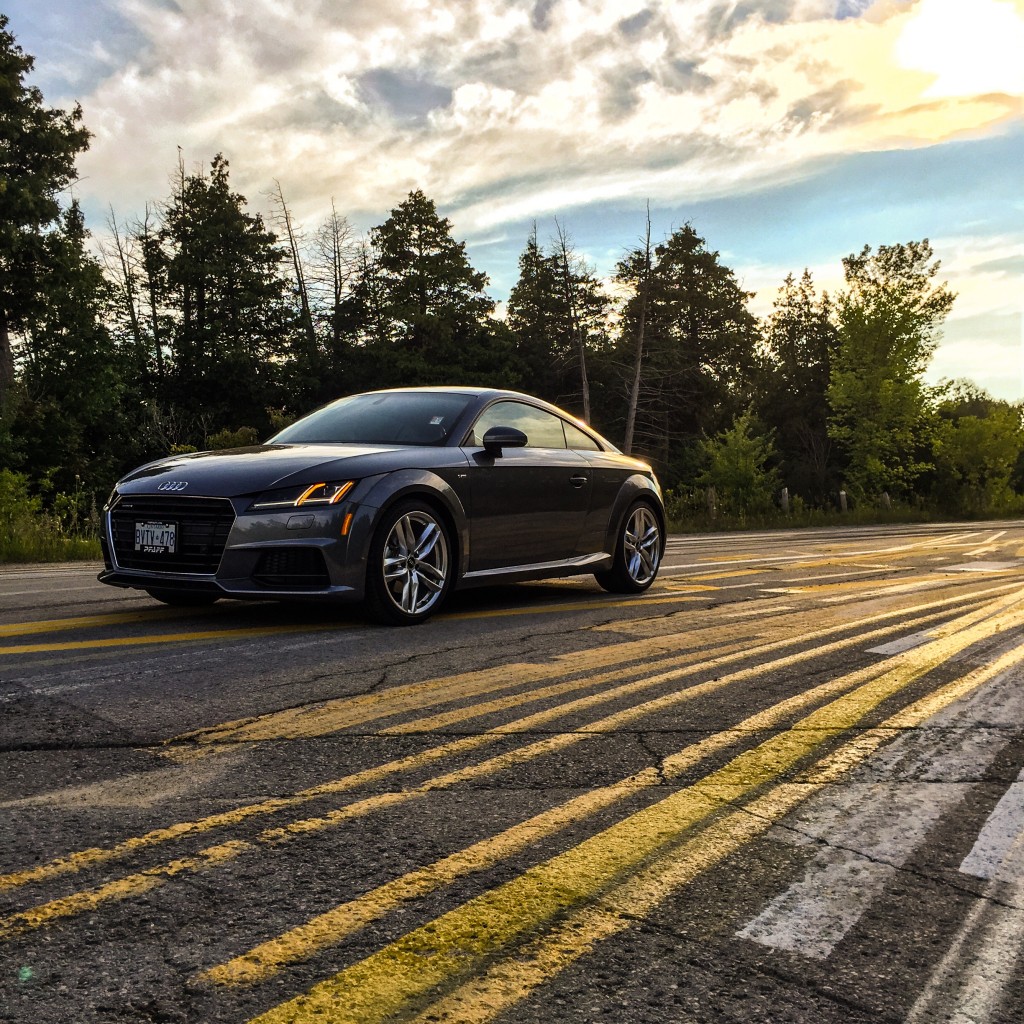 Tell me if you think you’ve heard this before: the new TT is lighter, stronger, and more aggressive than the one that came before. This time, it’s more than just a design icon and a beautiful personal coupe; this time, it’s a real sports car.

If you recall that being Audi’s company line when the previous-generation TT was launched, you have a good memory. But you may also recall that despite what was indeed a massive improvement in driving dynamics over its predecessor, that the TT was still outhandled by more focused, if less-attractive and -comfortable, competitors. And since that time, cars like the Porsche Cayman haven’t stood still, going through their own generation changes, bringing improvements like weight reduction, more powerful engines, and more-sophisticated gearboxes.
So for the new 2016 TT, the pressure’s on. The message is the same as before: lighter, more powerful, stronger, and sportier; a more intense driving experience to go with further-sharpened looks and a gorgeous interior.
In order to achieve its goal, Audi has thrown its entire technological playbook at the new TT. Much of it centres around the Audi Drive Select system, which lets you adjust driving characteristics like the weight of the steering, the engine’s throttle response, the snappiness of the standard six-speed S Tronic gearbox’s shifts, the the bias of the Quattro all-wheel drive system, and even the sound the engine generates. In doing so, Audi has extended the new TT’s dynamic envelope on both sides of its spectrum: turn everything down, and it’s easier and more comfortable than ever before; dial everything up, and you have a car that can perform at a level far beyond the previous generation. 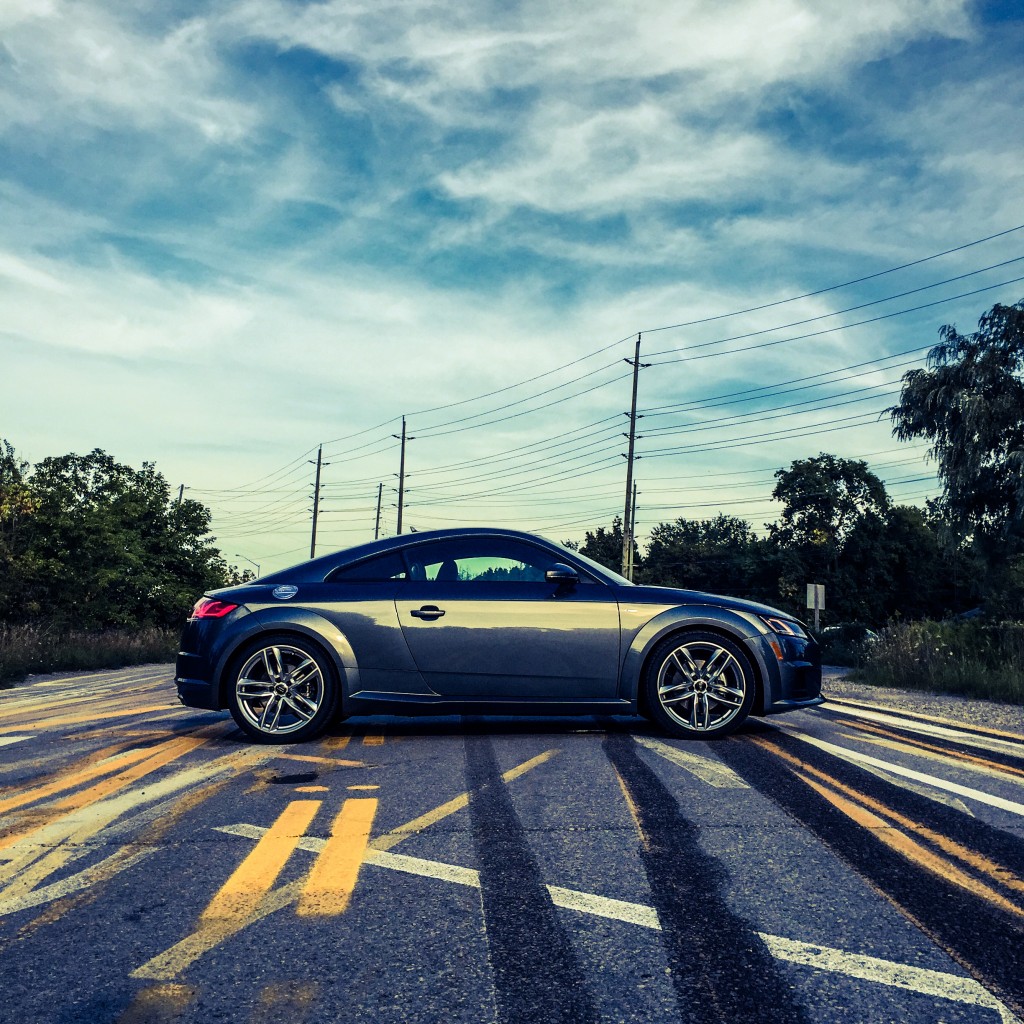 Has it worked? Yes – and much more so than I was expecting. It was the sporty side of the spectrum that I was really curious about, as the TT has always been a comfortable cruiser. Dial up Dynamic on Drive Select, though, and it’s almost like you’re gifted a completely different car, something that becomes obvious with the first twitch of the throttle.
For one thing, the 2.0-litre four-cylinder feels far stronger than its rated 220 horsepower, stepping off smartly from a dead stop, and really climbing up onto its torque curve with an aggressive rush. Unlike many of Audi’s previous turbo fours, which have gone to pains to disguise their boost by delivering their power in a totally linear fashion, this engine is proud of its forced induction, with the power swelling significantly as revs build. It’s not really turbo lag, as there’s plenty of power no matter what the revs; it’s more a matter of Audi having enhanced the engine’s turbocharged character. The S Tronic gearbox is a great partner to the TFSI engine, cracking off instantaneous shifts with a charming burp from the twin exhausts; while I mourn the loss of the old car’s available manual, you certainly can’t argue with the performance and precision that the automated transmission delivers – or the way it improves fuel economy when you’re cruising.
What’s really transformed, though, is the handling. It’s not so much the suspension, which remains broadly similar to before, though the wheels and tires fitted on the S Line car I drove have grown to 19 inches (the tires, interestingly, are Hankook Ventus V12 Evos, an interesting choice, but one favoured for its impressive price/performance balance by hardcore Porsche track drivers). It’s the steering, which feels far more natural than past TTs, and the behaviour of the Quattro all-wheel drive system, which thanks to Drive Select, can now be set up to really exploit the car’s rear axle in all conditions, rather than engaging it simply when the front tires lose traction. Dance on the throttle while cornering and you can feel the car responding to your inputs, something the old TT would never do; it gives you a feeling of control and precision that simply wasn’t there in the old car.
Control and precision would certainly describe the way the new TT’s interior is built entirely around the driver. Audi’s new Virtual Cockpit means that there isn’t a big screen (touch or otherwise) in between driver and passenger for information and entertainment purposes. Everything other than the climate controls – which themselves are elegantly integrated into the centres of the air vents – is displayed in the instrument cluster on a high-resolution, 60-frames-per-second, panel in front of the driver. Using buttons on the steering wheel, you can flip between screens that display a full array of entertainment, trip computer, car settings, telephone, or navigation options, which dominate the display as the instruments shrink off to the sides. All of the vehicle’s settings are controlled with the MMI knob and touchpad in the centre console, and are intuitive to use, with super-clear logic and graphics. 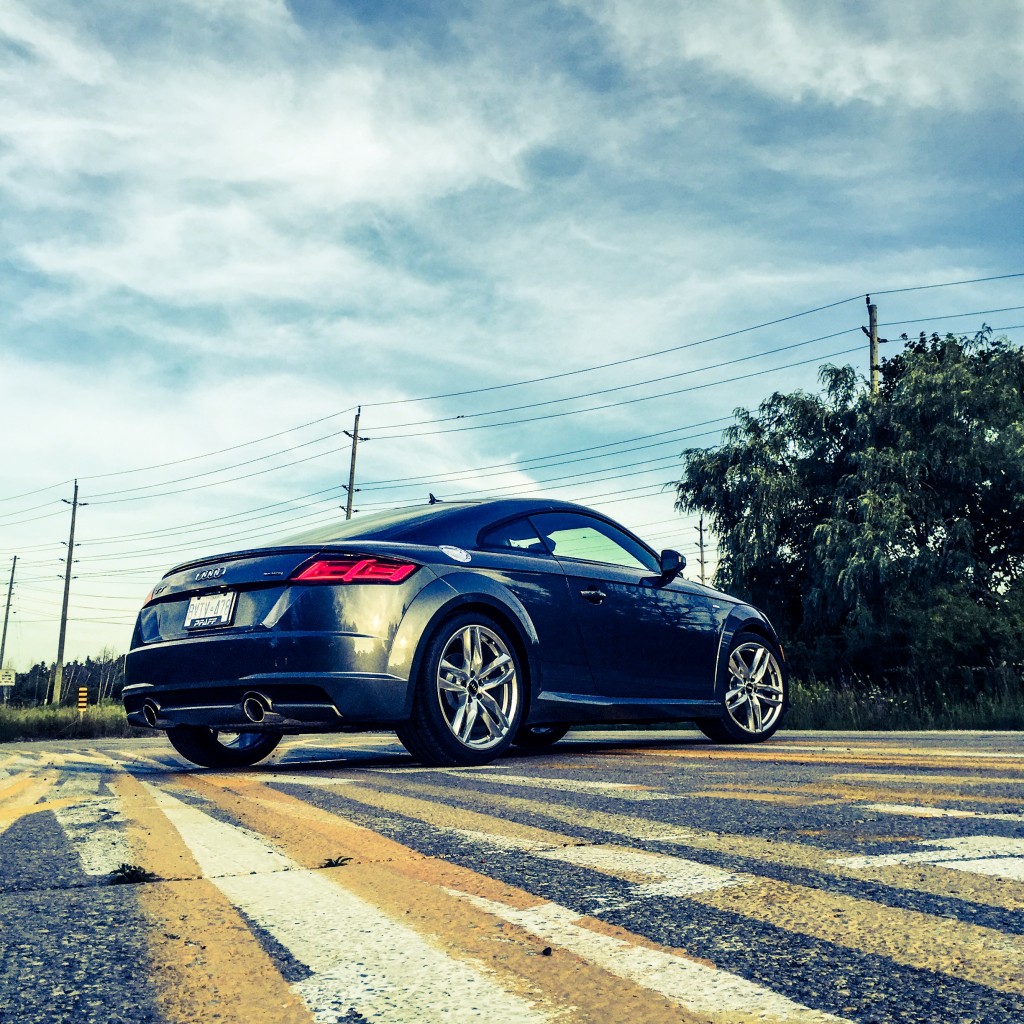 To be honest, the luddite in me found it all a little bit much, at least initially. The display is so bright and so impressive that it’s difficult not to be mesmerized by it while driving, marvelling in its resolution and brightness and the speed with which everything updates. Fortunately, over time, you get used to it, and the amazing flexibility it offers within the instrument cluster. You also discover that you can engage a mode that enlarges the speedometer and tachometer to conventional size, shrinking the navigation map or entertainment information so they’re less distracting. Set up that way, with Drive Select dialled up to dynamic, the TT starts to feel like a real sports car.
Needless to say, the quality and execution of the interior is stunning. It is almost too stark in its design, the Virtual Cockpit meaning there are no screens and almost no buttons on the dashboard, while the console is simplicity itself, with the gear shift lever, volume control, start button, and the simplified MMI Touch controller. The seats are gorgeous: well-bolstered, comfortable over long hauls, and with an attractive diamond-stitch pattern on S Line models that gives them that extra touch of aggression. The steering wheel deserves special mention: despite all of the controls on it (to operate the Virtual Cockpit, for audio, for changing gears with paddles), it is beautifully-designed, feels great in the hand, and features what must be the smallest airbag housing I’ve yet seen on a modern car. 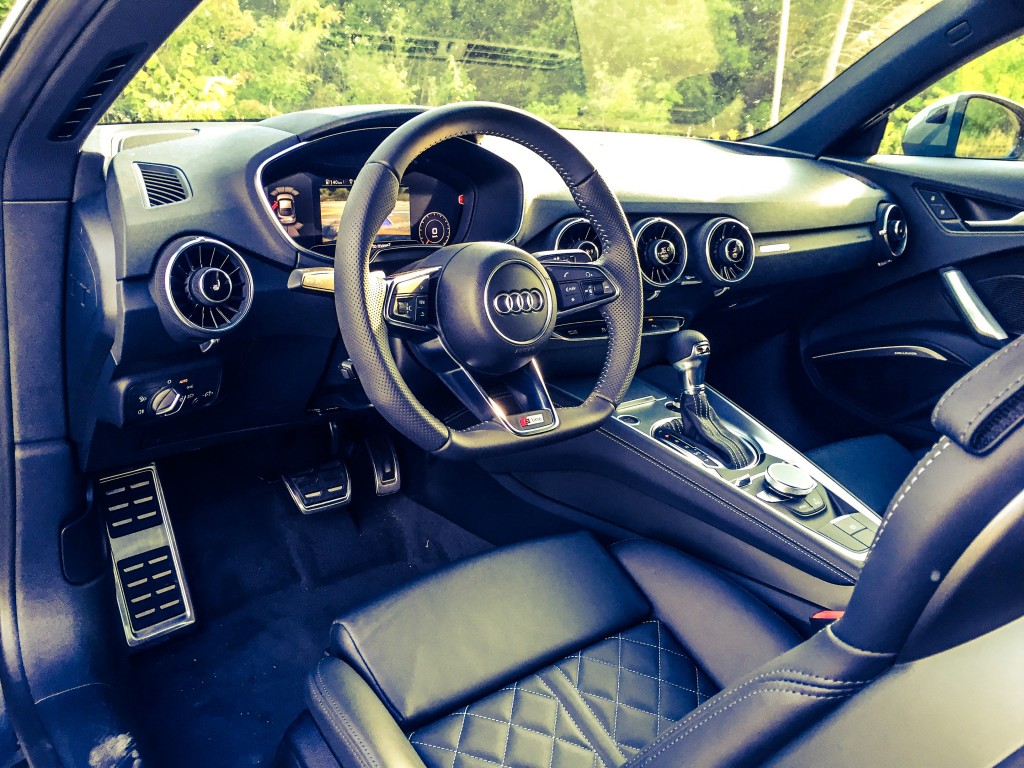 It all adds up to a car with a broader range of capabilities than ever before. On the one hand, you have one of the industry’s most modern, most well-constructed, most comfortable, and most luxurious interiors that teams with a buttery-smooth drivetrain that whispers through its twin exhausts and slurs its shifts imperceptibly (it rides well, too). On the other hand, you have a car that is far more dynamic than its predecessor, with increased levels of cornering grip, overtly aggressive calibration for the throttle and gearbox when you want it, and most importantly, a more communicative chassis that actually puts its rear wheels to good use even in non-extreme driving. And it’s all wrapped in a sharp suit lit up with the latest in LED technology and accented with bright, precision-made details.
Curious? Test drive a new TT in Vaughan or Newmarket today!
Previous Post Next Post