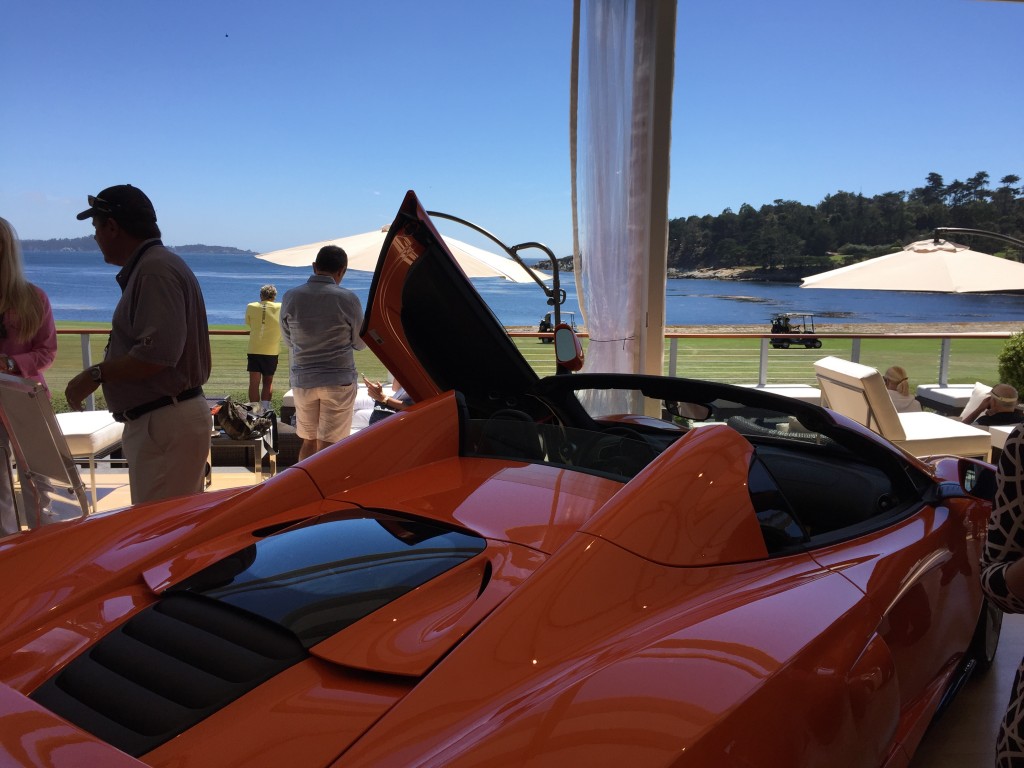 It was with a great sense of anticipation that we arrived at the eighteenth hole of the legendary Pebble Beach golf course to visit the McLaren Brand Centre. Pebble Beach is not just one of America’s most hallowed golf spots; it’s also the setting of the world’s most prestigious concours d’elegance, a place where the very best and most exclusive cars in the world, from the beginnings of the automobile to the present day, are on display. 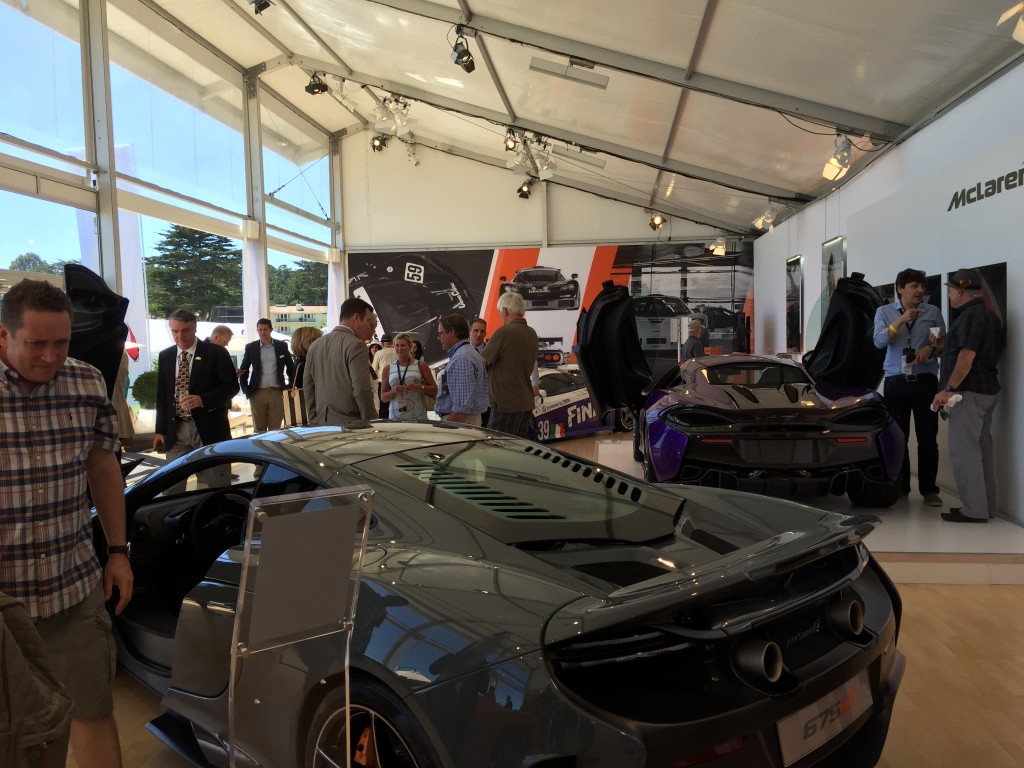 To say that McLaren had a great spot at Pebble Beach would be an understatement: the temporary Brand Centre had one of the most beautiful views we’d ever experienced, and served up culinary delights for McLaren customers throughout the weekend. More importantly, there were three cars on display to vie for vistors’ attention. 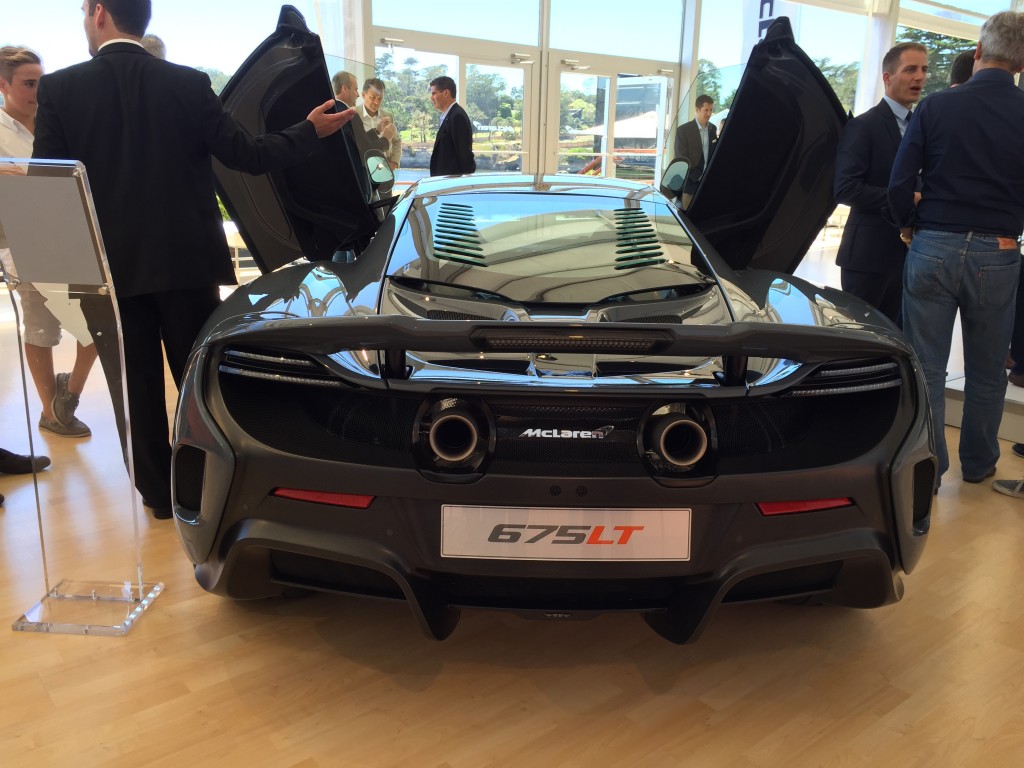 The first, the new 675LT – a long-tail, high-performance, low-weight version of the Super Series – was presented in Chicane Grey with a black interior with orange accents. In person, it is even more aggressive and purposeful than in photographs, with simplified rear light graphics, a cool mesh screen around the circular exhaust pipes, and beautifully-designed lightweight five-spoke wheels. Its interior has been simplified and lightened with racing seats, the deletion of the climate control panels on the doors (they’re now operated through the central touch screen), and reduced sound-deadening. All of which combines with an increase in power output from the 3.8-litre V8 to 675 metric horsepower to produce a car that journalists have described as a mini-P1, rather than an enhanced 650S. 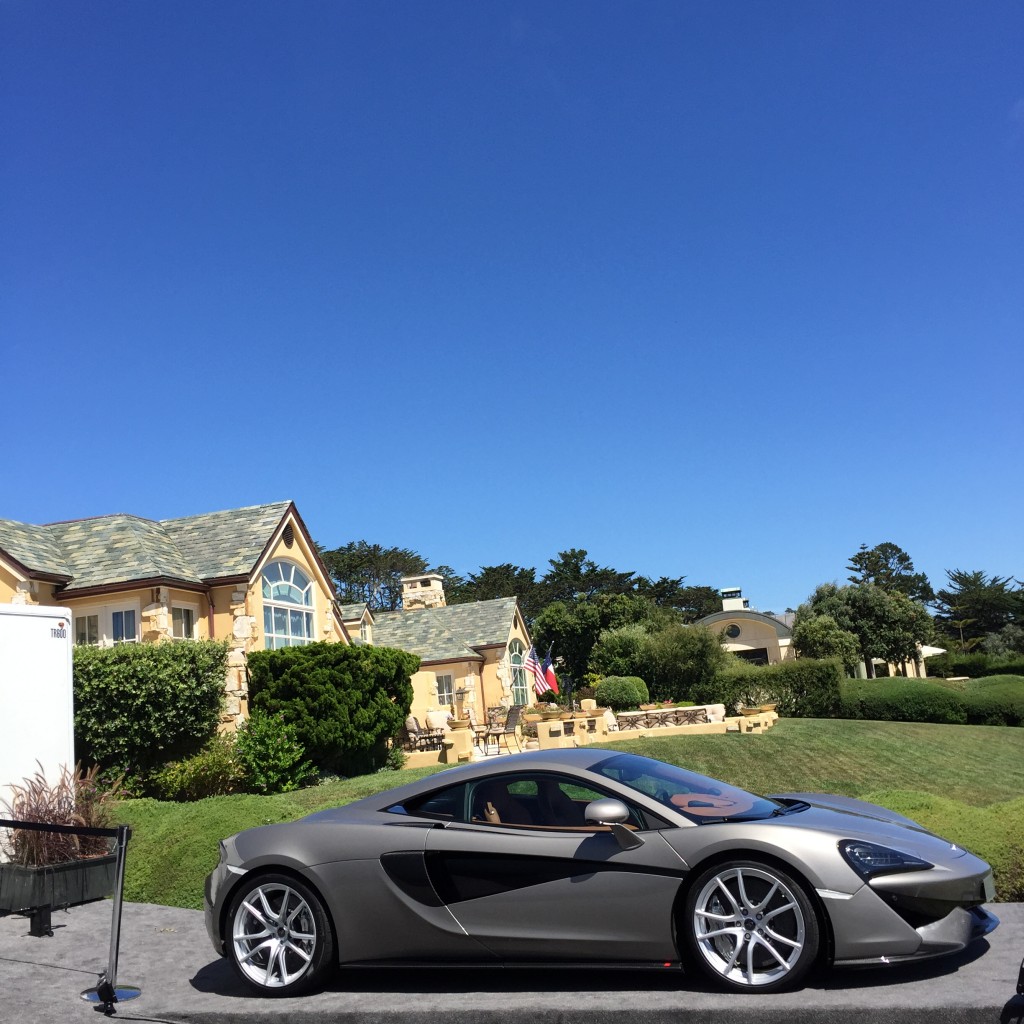 The second car was the highly-anticipated 570S Coupe, which will be arriving in our showrooms later this year. It was presented in two versions – a striking purple on black model with MSO options, and an elegant grey-on-tan version, which is the most luxrious-looing Sports Series model we have yet seen. With the only carbon-fibre core of any car in its price class, it will bring Formula One technology to a class defined by conventional construction techniques. 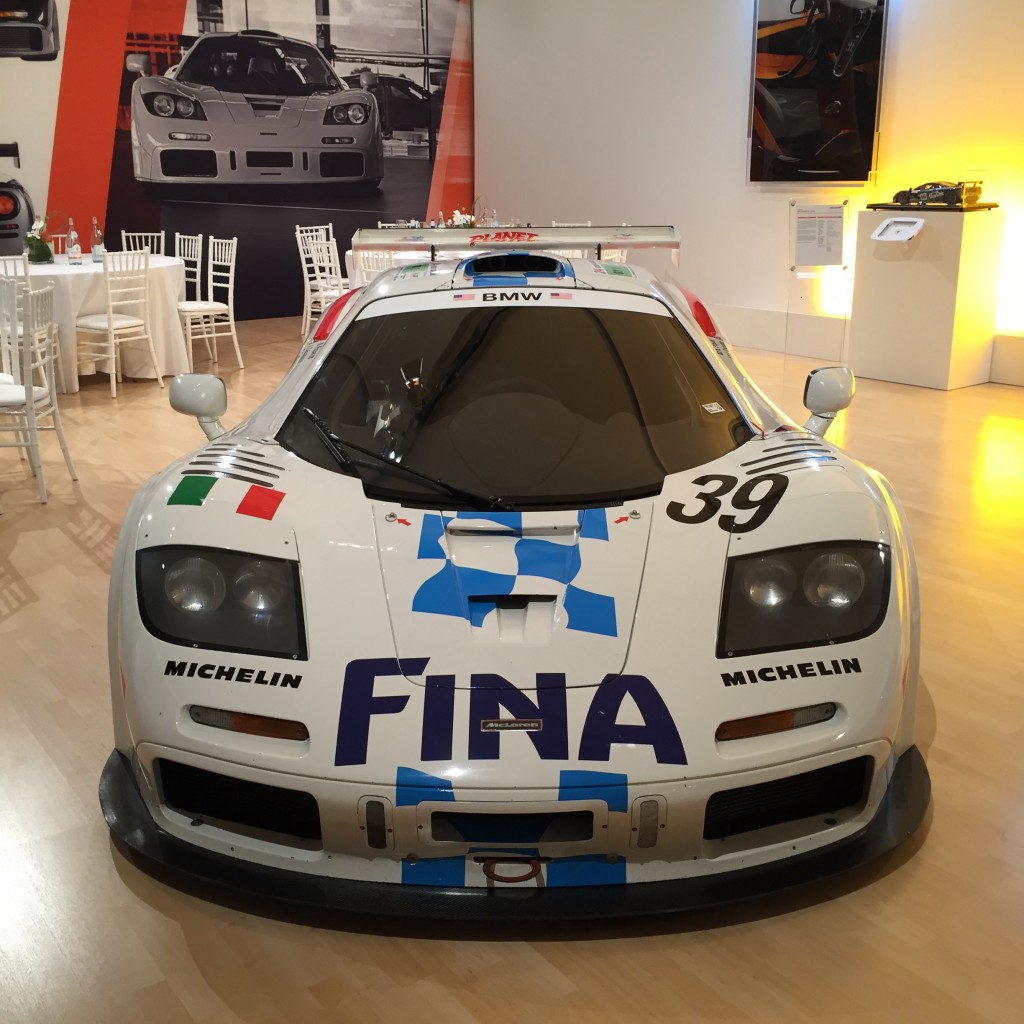 But if we’re being truthful, the car that really stole the show was the F1 GTR, displayed on generous loan from BMW of North America. The 1995 McLaren F1 was never built to be a race car – it was designed to be the most exciting car to drive on the road, with its powerful BMW V12, manual transmission, and analog interfaces. But, when the track beckoned, it turned out to be a brilliant race car too, winning Le Mans on the first try.

This particular car – the inspiration for our 650S Black List Rally livery – finished eighth overall at Le Mans in 1996. But it won our hearts.