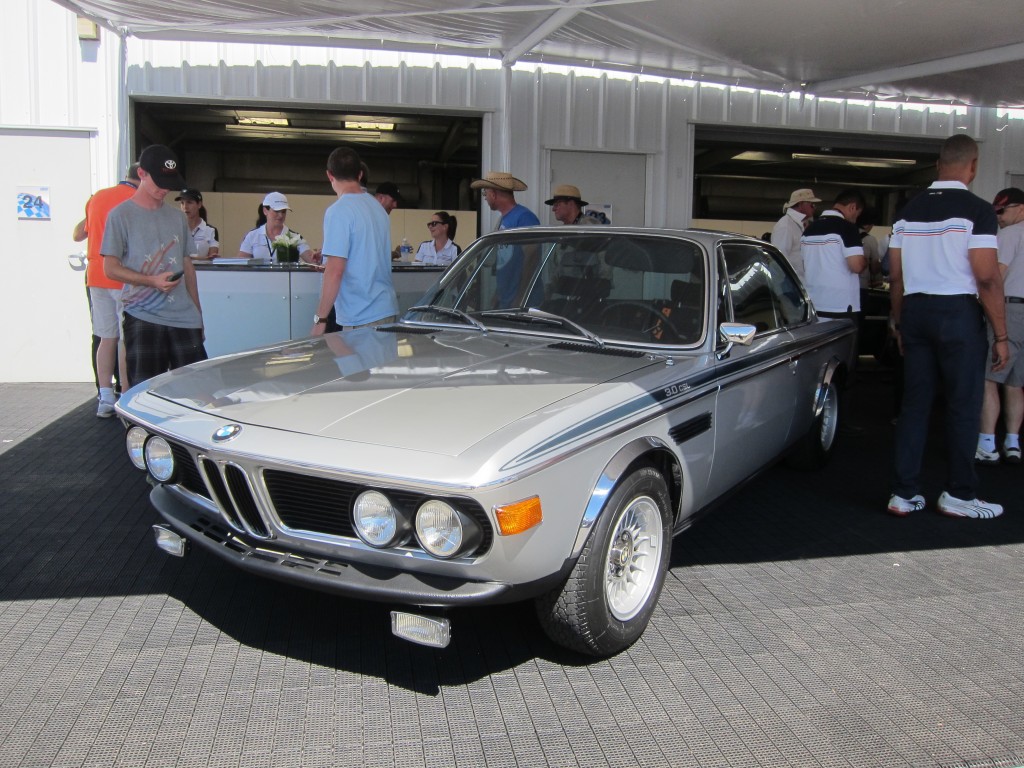 BMW is a brand rich with motorsport history, and if you ever doubted it, the company’s displays around the Monterey peninsula would quickly convince you. Whether you were at the ultra-exclusive Quail Lodge (where tickets run $600 apiece and the parking lot is an exotic car show in and of itself) or seeing and hearing historic race cars roar around Laguna Seca, BMW was out in full force displaying its racing heritage. 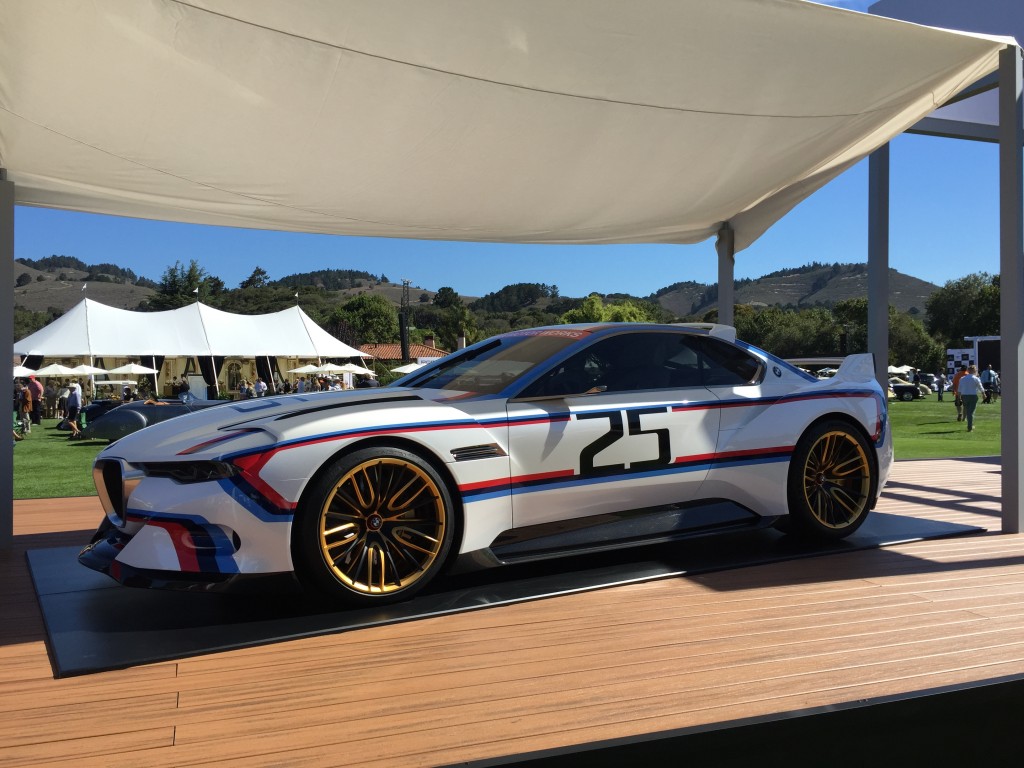 There were two stars of the various shows this weekend at the BMW displays. The first was the CSL Hommage-R, an evolution of the CSL Hommage first seen at the Villa d’Este concours. Painted in the iconic BMW Motorsport livery, with its tricolour stripes, this butch coupe concept car references the design of the original 3.0 CSL “batmobile,” which was a dominant race car in its day. 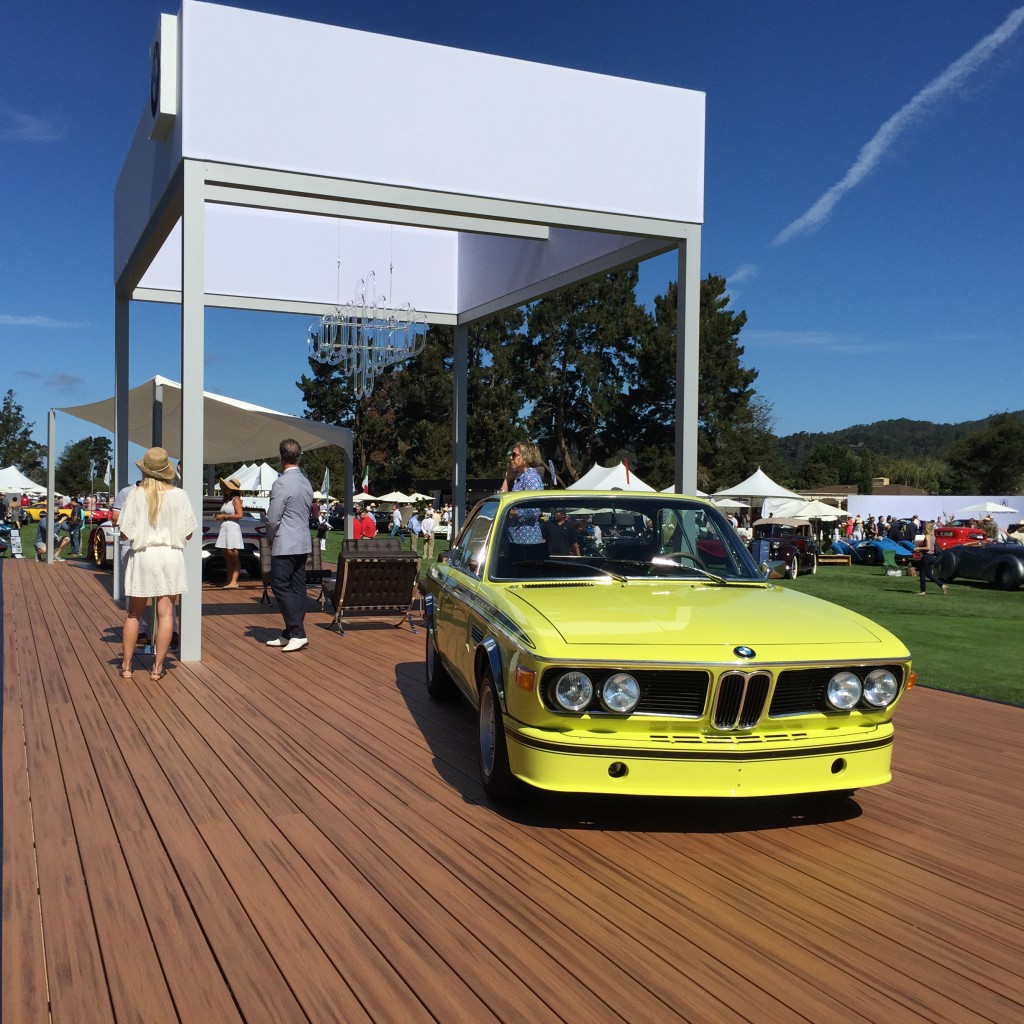 At the Quail Lodge event, the CSL Hommage-R sat alongside an Alpina CSL resplendent in bright yellow with black accents; at Laguna Seca the next day, it sat in a pit garage of its own, nestled next to a display housing numerous historic BMW racing cars, including the M1 Procar, V8-powered M3, and the current Z4 race car. 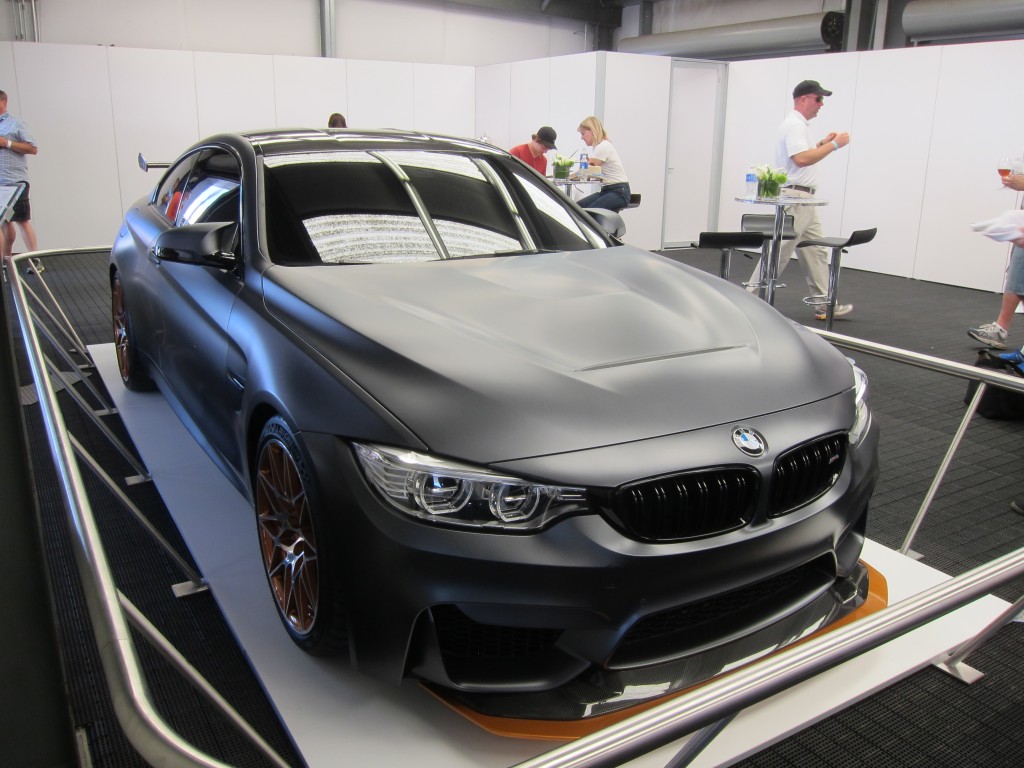 Also on display at Laguna Seca was the new M4 GTS concept, which previews road-going development of the water injection system first used on the MotoGP pace car. We loved its mean black on black paint, its copper-accented wheels, and its aggressive look. A production announcement can’t be far away for this amazingly powerful M4.

To see these cars parked alongside historic racing BMWs, which would periodically go ripping around the racetrack, was a rare treat. You owe it to yourself to visit Monterey next year to see them in action.