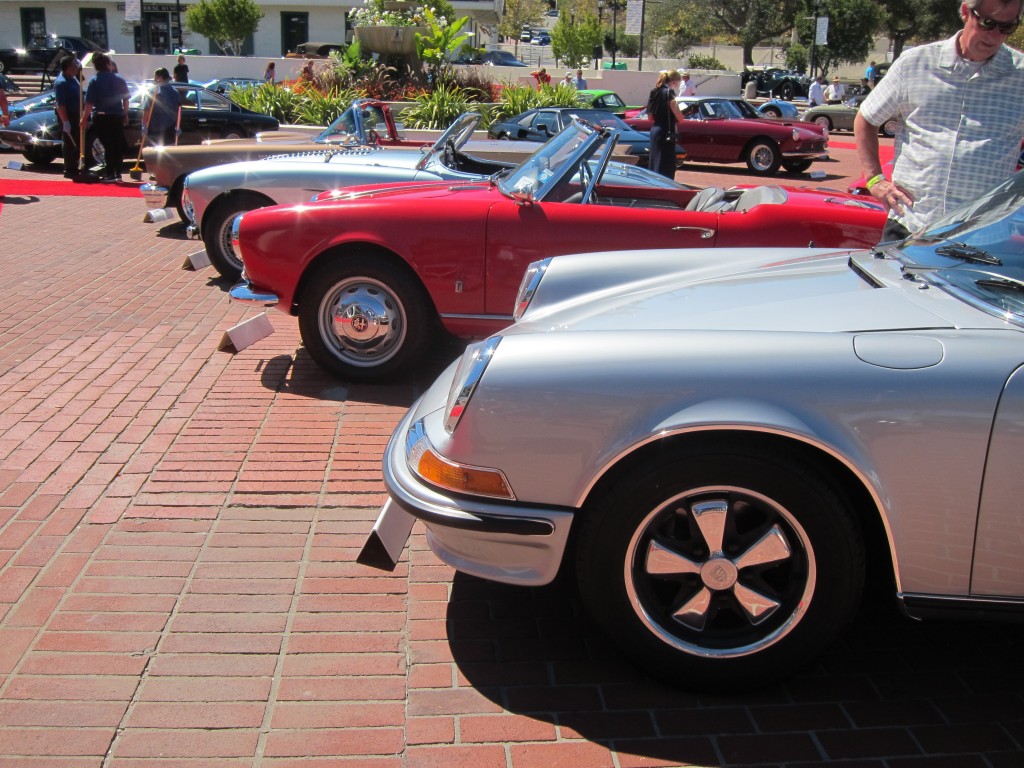 If you’re a car enthusiast and you haven’t yet been to Monterey Car Week, you should add it to next year’s schedule now. From classics to supercars, from American muscle to British and German high-tech, it’s where the elite brands of the car world come together to show their latest wares. And it’s also where the world’s wealthiest collectors congregate to buy, sell, and trade the best vintage cars on the planet.

Nobody is sure when Monterey car week really starts anymore. It used to run from Friday through to Sunday, with the highlight of the weekend being the famous Pebble Beach Concours d’Elegance on the 18th fairway of the Lodge at Pebble Beach. These days, the Concours is just one of dozens of spectacular events that dot the Monterey peninsula, ranging from the highest-grossing car auctions to displays of vintage racing machinery to exotic car rallies.

Our team arrived in Monterey midday on Wednesday, August 12, flying in to San Francisco and piloting our glamorous rental cars south for an hour and a half. The first stop on our calendar was the amazing RM Auctions preview, where the headline car of their Pinnacle Portfolio sale is a 1998 McLaren F1, the only road-going F1 in LM specification, which we estimate will sell for well over $10 million. Parked in the middle of the auction preview room, it was undoubtedly the star of the show, particularly for our team, many of whom were seeing the McLaren brand’s record-setting road-car effort for the first time.

In person, the F1 is incredibly small, incredibly well-made, and dotted with fascinating details, from an exotic ebony-wood shift knob to a gold-lined engine bay, centre-locking wheels, CD changer under one of the passenger seats, and hollowed-out handbrake lever. It is an incredible feat of packaging and performance, one that leaves you in awe of its engineering prowess. 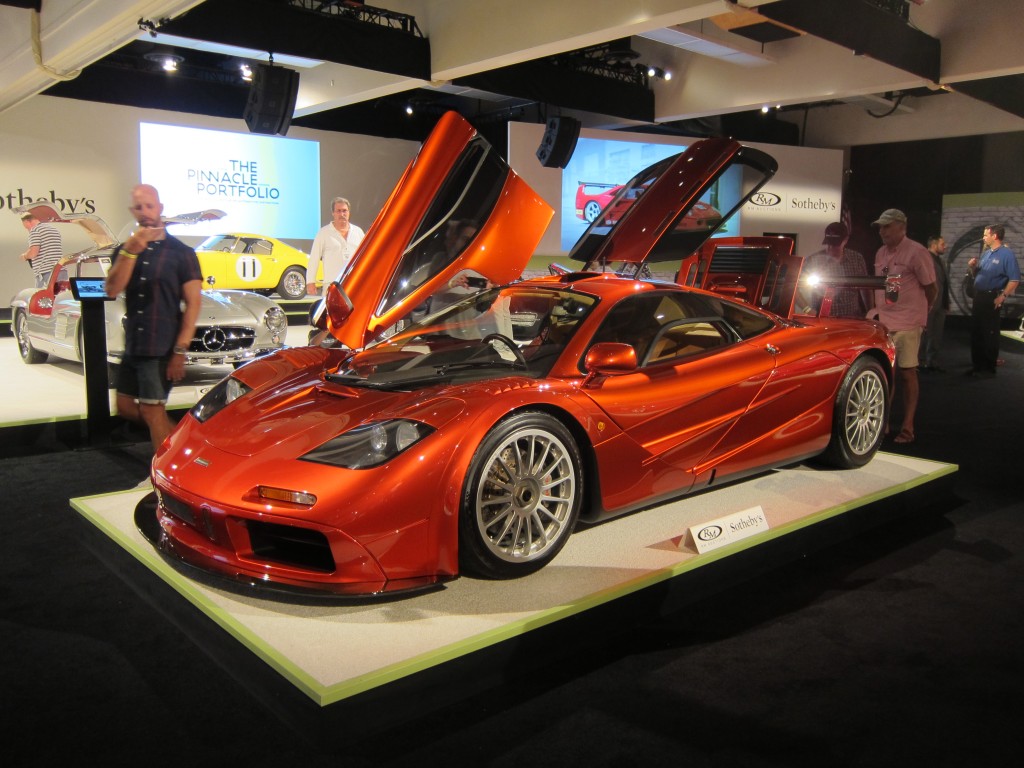 Wednesday evening was spent at the McCall Motorworks Revival, the unofficial kickoff gala for the week. 2015 marks the 24th anniversary for the Motorworks Revival Event. It began as a small barbecue for friends, but this world-class event has grown to include some of the top luxury brands of the world, hosting a high powered VIP guest list, and setting a five-star scene of gourmet foods and award winning wines. On display were some stunning motorized creations, from the latest private jets and helicopters to some spectacular cars.

One major sponsor of the Revival was Toyota, which displayed a number of racing cars from its storied motorsports history, including those from IMSA competition, land-speed record attempts, and Indycar racing. Test drives were also being offered in the Mirai, the company’s latest creation, a fuel-cell electric vehicle. 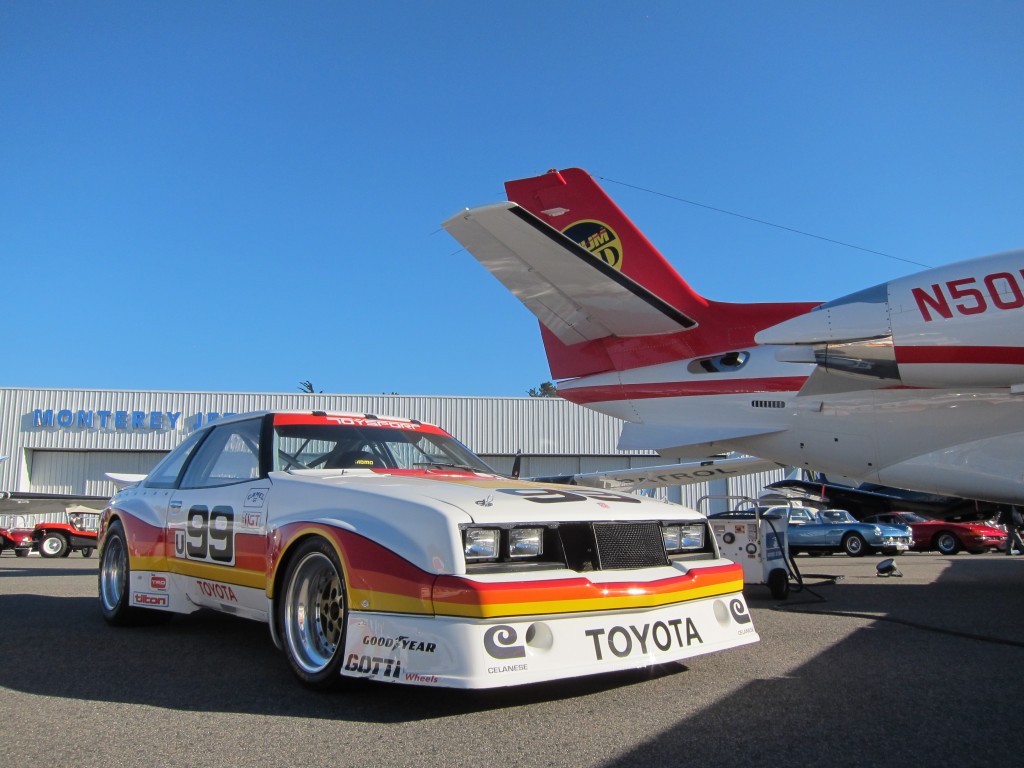 McLaren was on hand as well, displaying a 650s Spider and a 570S coupe – in fact, the same vehicle that graced our Toronto and Vancouver showrooms earlier this year. We’ll have much more news about McLaren from the Lodge at Pebble Beach tomorrow, when we join the conclusion of Mission: Monterey, an amazing drive event that arrives on the peninsula in the evening.

Two brands stole our heart at the Revival.

Pagani, a brand we already represent at Pfaff, had a Huayra and Zonda R on display, wowing the crowd with their incredible AMG engines, gorgeous carbon-fibre bodywork, and steampunk leather, carbon, and aluminum interiors. Every detail of a Pagani automobile is exquisite, and unlike most cars, a Pagani gets better the longer and closer you look at it: there’s just so much to see, touch, and admire, well beyond its 700-plus horsepower performance, active aerodynamics, and cutting-edge design. 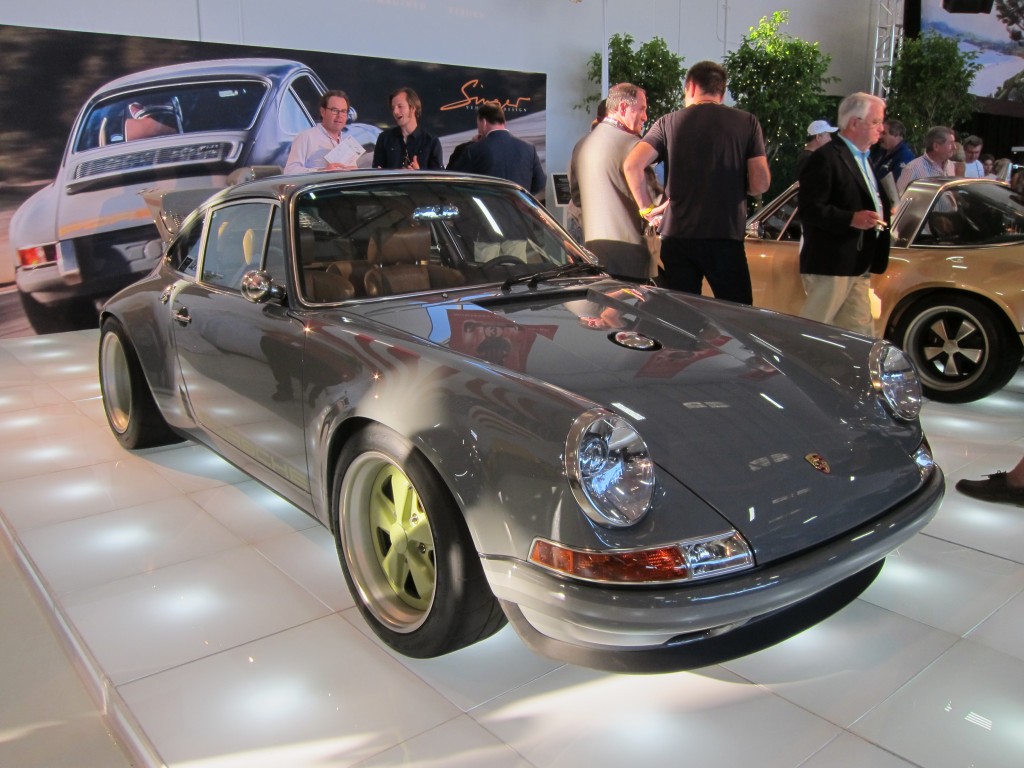 Attention to detail is something that also characterizes the creations of Singer Vehicle Design, who restore and modify 964-generation Porsche 911s into works of high automotive art, fitting them with powertrains developed and built by Ed Pink Racing Engines, clothing them in bespoke carbon-fibre bodywork, and filling their interiors with woven leather and bespoke, custom-made trimmings. The closer you look at one of these creations, the better they get – and the easier it becomes to justify their large price tags. A couple of Porsche 911s restored by Singer are already in Canada, and they have to be seen to be believed.

That’s just the first day! We’ll have further reports through the week from The Quail: A Motorsports Gathering, the Rolex Monterey Motorsports Reunion, and the Pebble Beach Concours in the coming days. Watch this space for more photos and details! 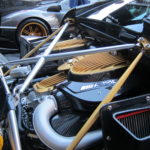 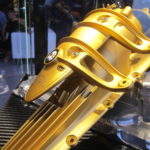 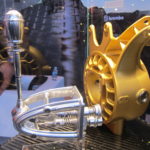