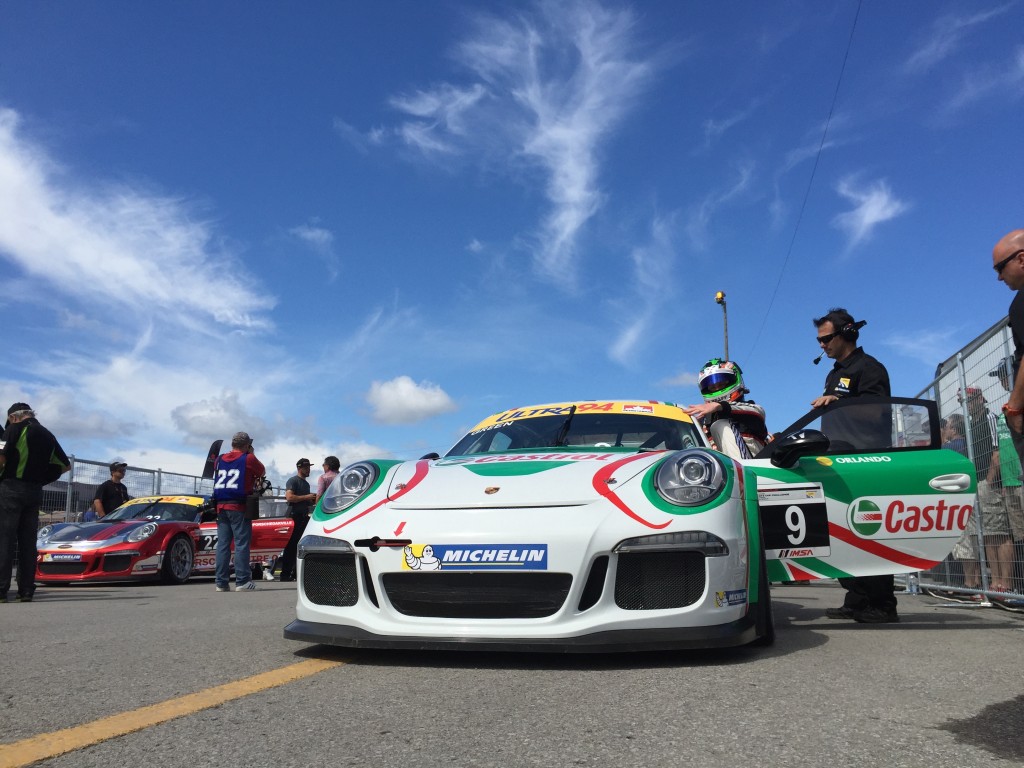 Chris Green and Orey Fidani both scored podium finishes in the first Porsche GT3 Cup race at Trois-Rivieres in forty-five minutes of intense, green-flag racing. In doing so, they both maintained their leads in their championships, setting themselves up for the second race of the weekend and the series finale at Canadian Tire Motorsport Park.

With the rain that came down in a deluge having cleared for the afternoon’s race, fans were treated to gorgeous, sunny skies and high temperatures, which unfortunately didn’t play into Chris Green’s hands. After the #9 Castrol-sponsored car was passed at the start of the race by the #22 car of Daniel Morad, he spent much of the race chasing Morad, only to have his car start to overheat when he got too close, requiring him to back off and maintain space to keep his car running properly. 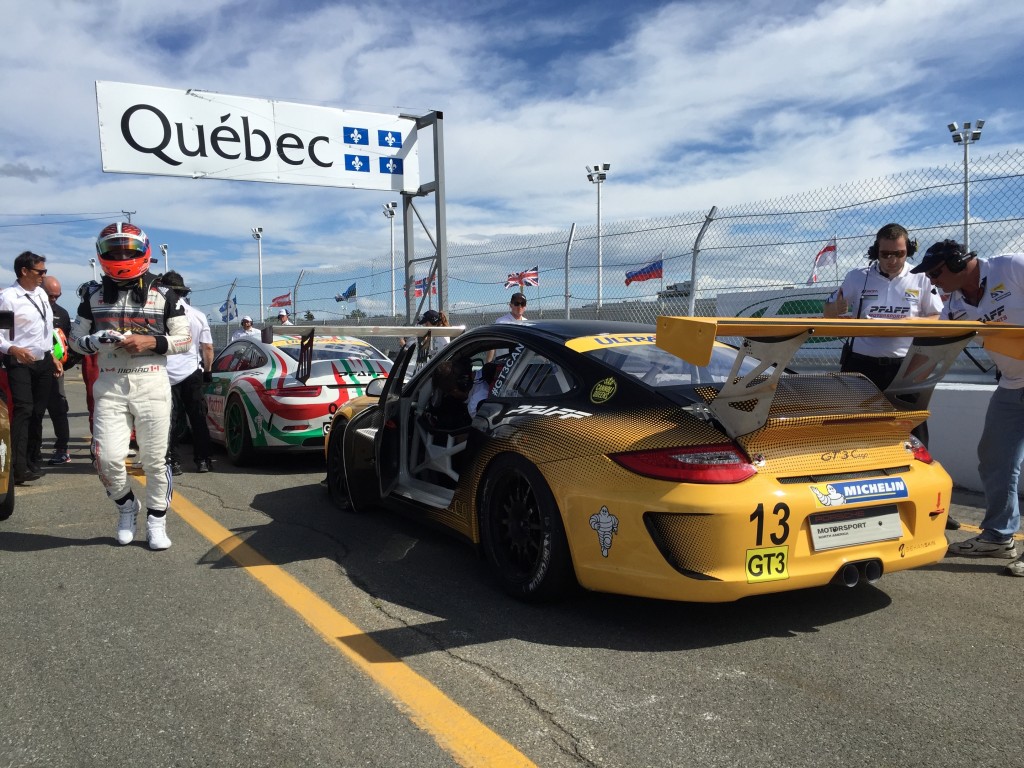 “Morad drove a good race, and I hung back waiting for him to make a mistake,” said Chris. “Unfortunately, he didn’t. I was definitely able to dial up the speed when it was needed, but the car would start to overheat. It’s too bad, because the front end of the car would point where I needed it, and I was able to brake a little deeper closer to the end of the race.”

In the Gold class, Orey Fidani started third, and drove a spectacular race, reeling in second-place Shaun McKaigue before finally passing him in the closing moments of the race. He was the only driver in Gold to run laps that were even faster than in qualifying, breaking into the 1:06 range, and driving there consistently throughout the intense battle. He had by far the fastest car in the field and was thrilled with his performance.

The two podiums mean both drivers maintain their championship leads, with Chris Green leading the Platinum class by 13 points and Orey Fidani leading Gold by 12 points. Tomorrow’s race starts at 11:30 am. You can watch the live feed at http://www.fanschoice.tv, or follow us on https://mobile.twitter.com/pfaff_auto.