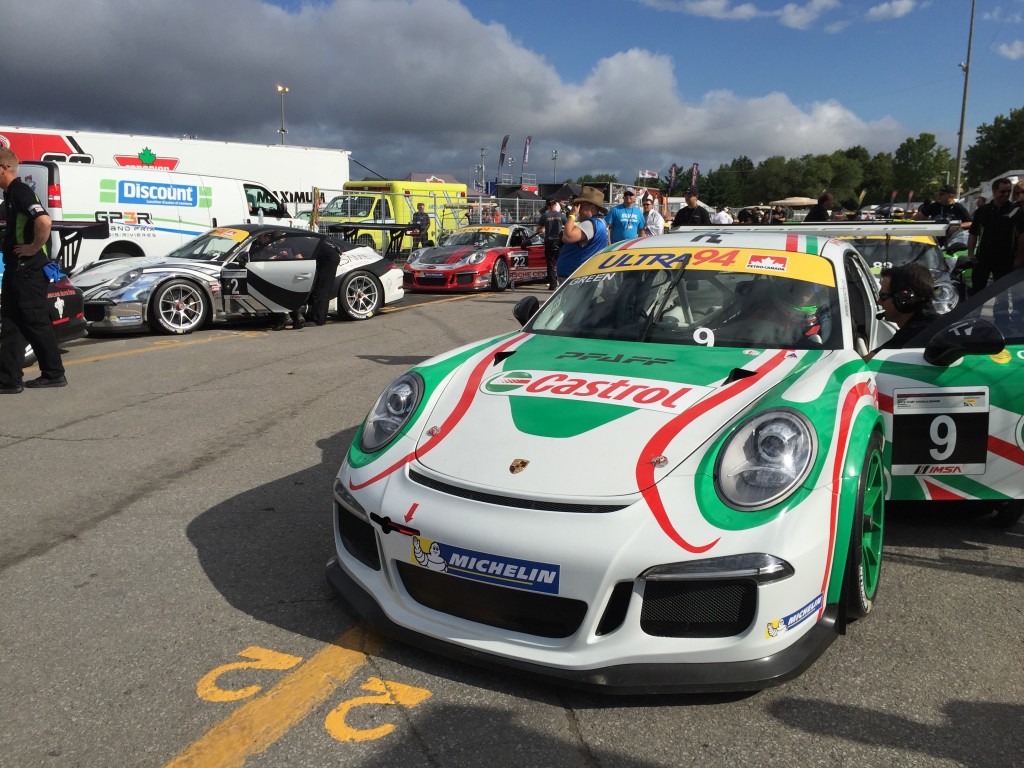 Chris Green will start this afternoon’s Porsche GT3 Cup Challenge race at Trois-Rivieres on the front row, while Orey Fidani will be starting third in Gold class. Both drivers had a successful qualifying session, even after a car hit the wall early, forcing a red flag to come out while the area around the track’s final corner was cleaned up.

Sitting less than two tenths of a second behind pole-sitter Scott Hargrove, Chris broke the track lap record, which he set last year in the same car. “The car was exactly where we needed it to be,” he said. “In practice yesterday, we focused on setup, not on speed, so this was really the first session where we got to push the car really hard. I’m now getting a level of comfort and confidence from it that lets me push harder to put in really good laps. In fact, I was more than two-tenths faster than my lap record near the end of the session, where I pushed a little bit too hard and spun the car.”

Fortunately, he didn’t make contact with the wall or any other cars. The team will carefully examine his tires to make sure they are in good shape for the race. IMSA rules dictate that drivers must start the first race on the same set of tires they qualified with. 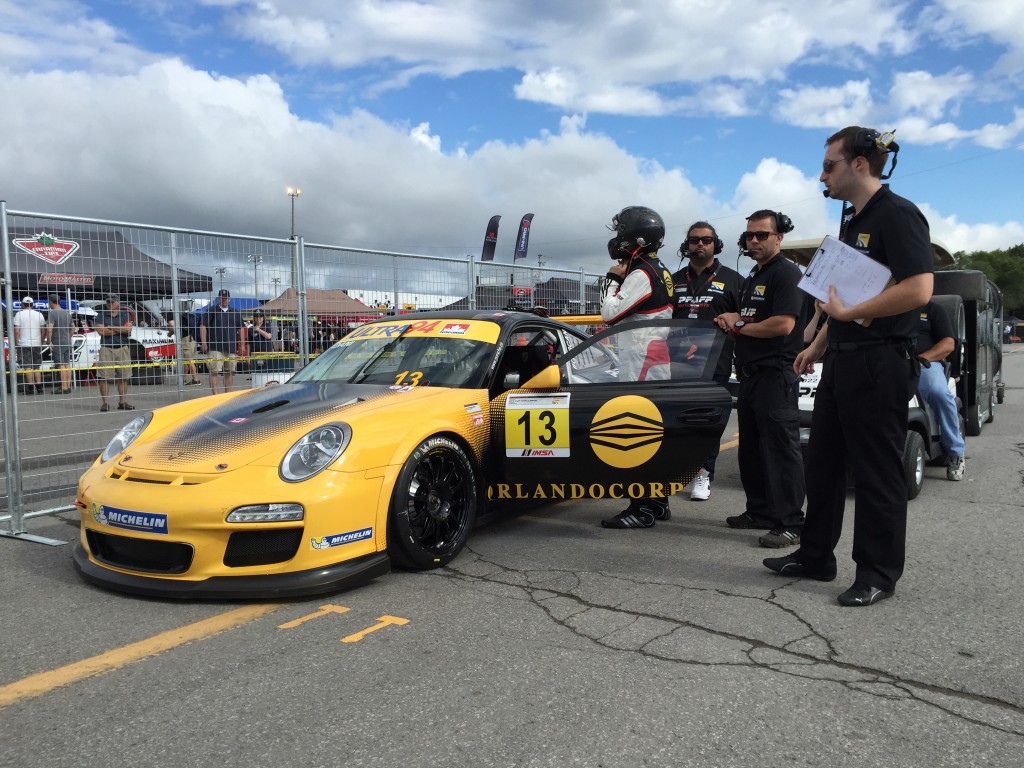 Orey Fidani, in his first weekend at the legendary Trois-Rivieres street circuit, had a great session, landing himself in third. “When you come to a new track, you spend a lot of time trying to establish your reference points,” he said. “Team manager Steve Bortolotti has been positioning himself at different corners to coach me and extract more performance from the car, so my times have improved in every session. Things are very close in Gold class, with the top three cars separated by just two tenths of a second.”

Race one of the weekend starts at 3:10 pm Eastern time. You can follow us live at https://twitter.com/Pfaff_Auto, and view live timing and scoring at http://scoring.imsa.com.