BMW is the global partner of the 35th America’s Cup 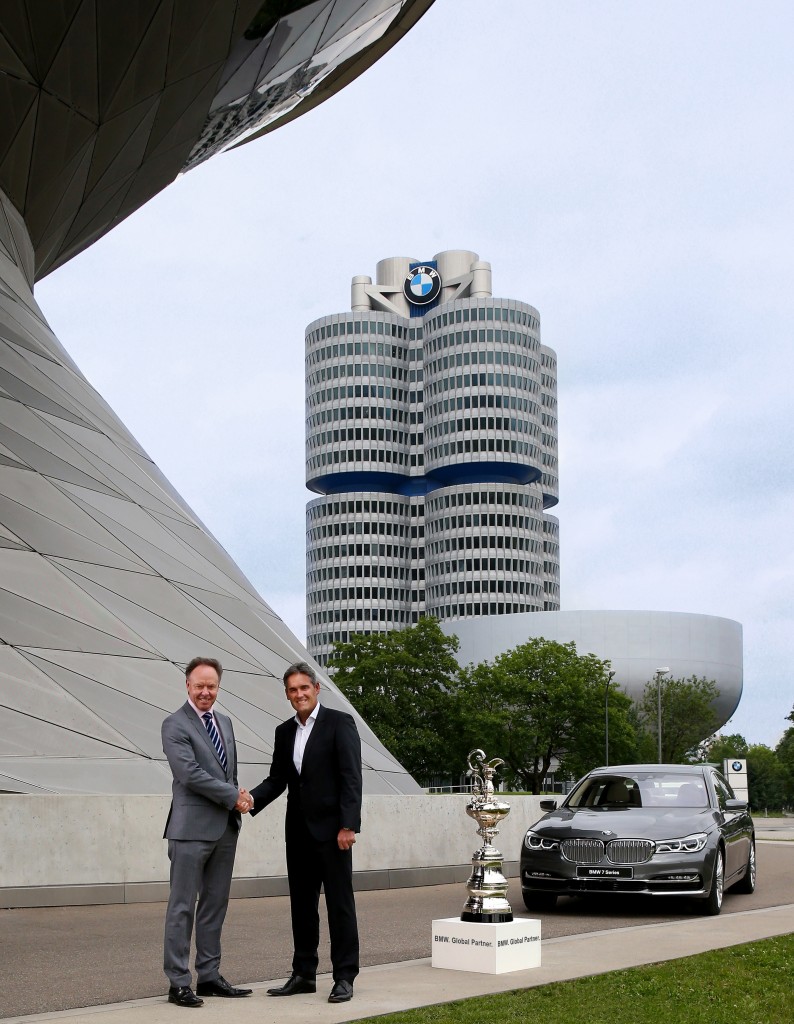 BMW will be on board the 35th America’s Cup as Global Partner. This move takes the premium automobile manufacturer’s involvement as a partner of global competitive sailing to a new level.

The America’s Cup is the oldest trophy in international sport and is also seen as the most challenging competitive sailing event, combining the best athletes with the best technology. The duel between defending champions ORACLE TEAM USA and the leading challenger, to be held off Bermuda in 2017, will write the latest chapter in the 164-year history of this unique competition.

BMW will also support ORACLE TEAM USA as Technology Partner. The team’s mission is to win the America’s Cup for the third consecutive time. 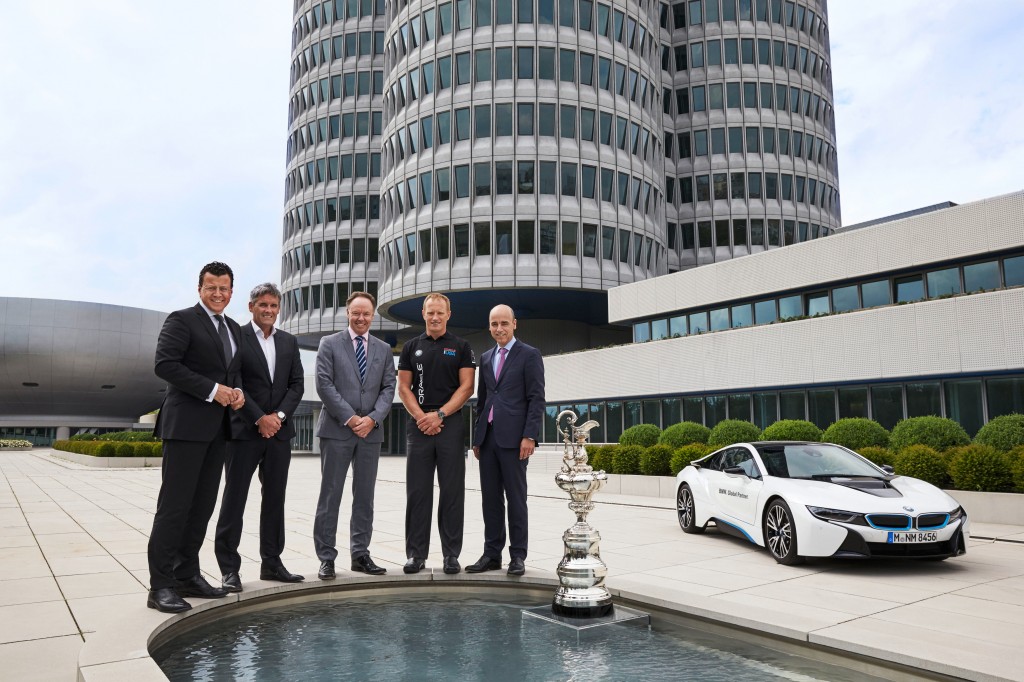 Ian Robertson, Member of the Board of Management of BMW AG, Sales and Marketing BMW, said: “The America’s Cup features many elements which are also part of BMW’s DNA such as pioneering spirit and a readiness not to shy away from any challenge. A passion for innovation, engineering skill and teamwork are crucial for success and all of these things drive BMW too, which is why we are expanding our commitment to the pinnacle of sailing.”

Russell Coutts, CEO of ACEA, said “Cutting-edge technology and precision engineering are central to both the America’s Cup and BMW. Both organizations are innovation driven and we are changing the game in our respective fields. BMW is also one of the most iconic global brands, with tremendous vision and a groundbreaking attitude which can only enhance the America’s Cup. BMW represents excellence in engineering, design and quality, and is the perfect complement to the America’s Cup; we are extremely proud to welcome BMW as a Global Partner for the event.”

As Technology Partner, BMW will provide its engineering competence to ORACLE TEAM USA in fields including aerodynamics. “BMW was an important technology partner for us when we won the America’s Cup in Valencia in 2010,” said Jimmy Spithill, the winning skipper of the last two editions of the competition. 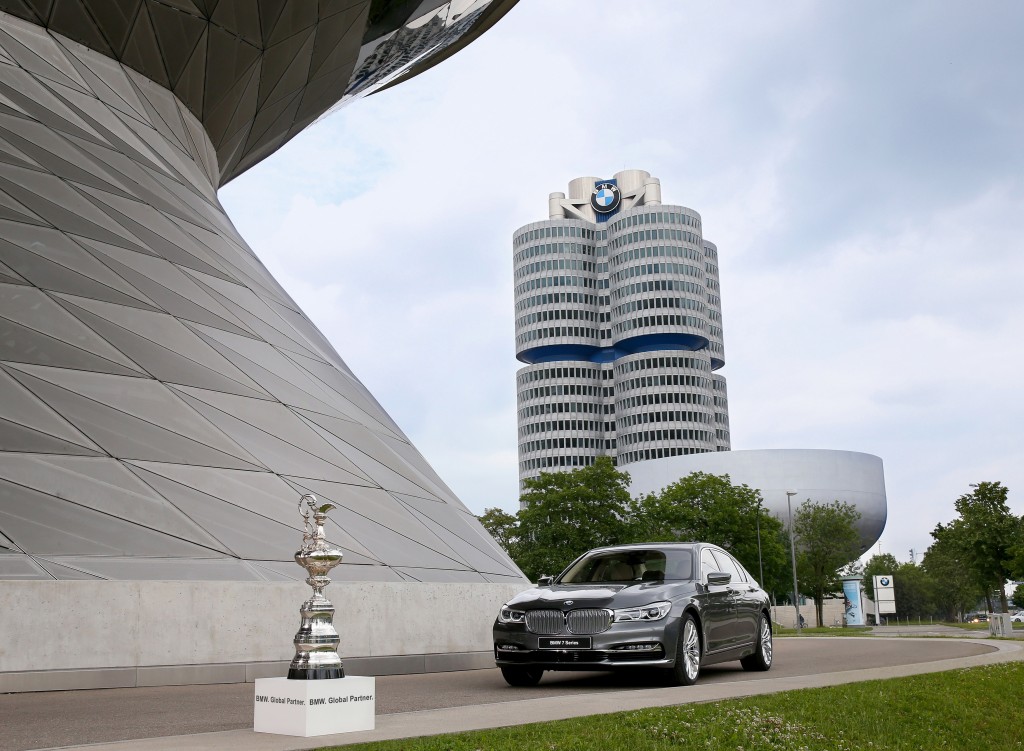 “We know that their engineers are the best in the world and can contribute to making our boat go faster and giving us a winning edge.”

BMW will be fully integrated into the global marketing, branding, communications and race event for the 35th America’s Cup, from now on until the Finals in 2017. The iconic BMW logo will be visible on turning marks on the race course, on the boat, the wingsail, and the team gear of ORACLE TEAM USA, as well as on the stern plate of competitor yachts. Within the TV broadcast, BMW will provide the boats’ and athletes’ performance data through inserts which will create images that take the fans figuratively right into the action on board.

In the Louis Vuitton America’s Cup World Series race villages in 2015 and 2016, as well as in Bermuda in 2017, BMW will provide fleets of cars to transport hospitality guests, VIP’s and team members. These include a wide variety of current BMW’s product range such as the BMW 7 series, the revolutionary plug-in hybrid sports car BMW i8 and the all-electric BMW i3.

For BMW, this commitment to the America’s Cup is the manufacturer’s fourth involvement in the prestigious competition. BMW was the first premium automobile manufacturer to participate in the event with the ORACLE BMW Racing team at the 31st America’s Cup 2002/03 in Auckland (New Zealand).  A further two campaigns followed with the BMW ORACLE Racing Team, which defeated the defending champions from Switzerland, Alinghi, to win the 33rd America’s Cup in Valencia in 2010.