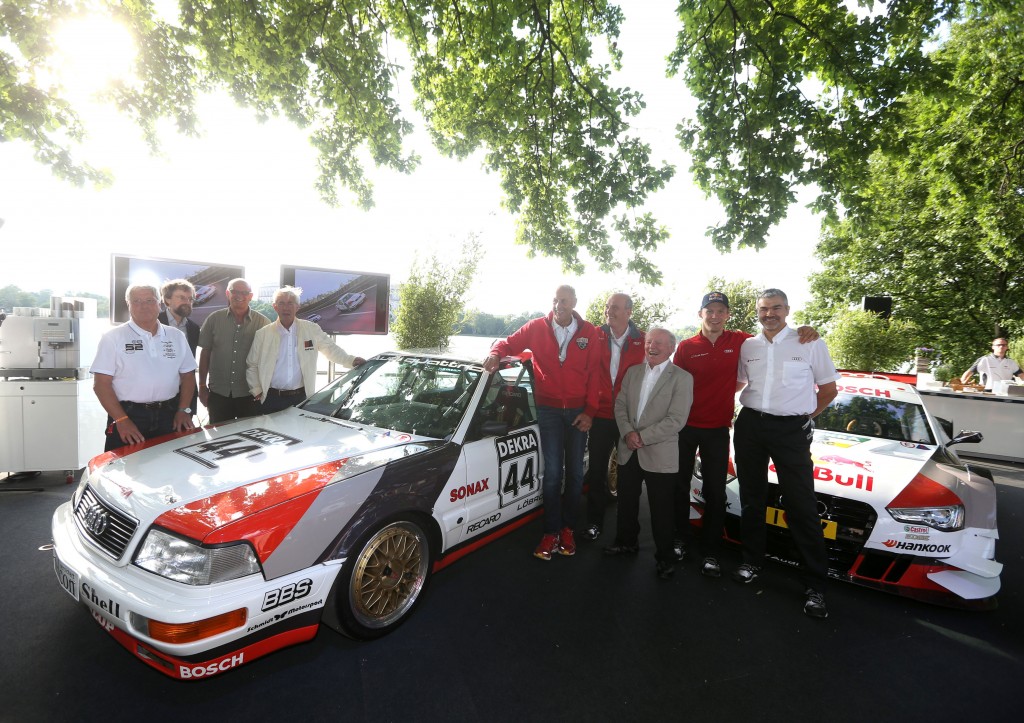 Audi’s recent Norisring race weekend was marked by an anniversary. 25 years ago, Audi, on making its debut, instantly won the Nuremberg city street race for the first time, with Hans-Joachim Stuck at the wheel of the Audi V8 quattro. On the third DTM weekend, Mattias Ekström competed in his Red Bull Audi RS 5 DTM, sporting the vintage livery. Autograph sessions, on-track drives and a meeting of former campaigners rounded off a week full of emotions.

The Norisring week began for Mattias Ekström and Hans-Joachim Stuck with many hours of signing autographs. At the Audi Forum Ingolstadt, at the DTM press conference in Nuremberg, at the Audi Forum Neckarsulm and at Audi’s Heilbronn ‘Böllinger Höfe’ production site, the two drivers signed posters and autograph cards. The two race cars were on site as well.

On Friday evening, Audi Sport invited guests to a time journey of the past. Five employees, who were already working for Audi in motorsport back in 1990, visited the current DTM squad. The former Head of Audi Motorsport, Dieter Basche, would not miss the get-together either. The Audi driver in those days, Hans-Joachim Stuck, recalled his fondest memories as well.

“It was great to see how many people we’re still able to thrill with Audi’s first DTM successes today,” said Hans-Joachim Stuck.