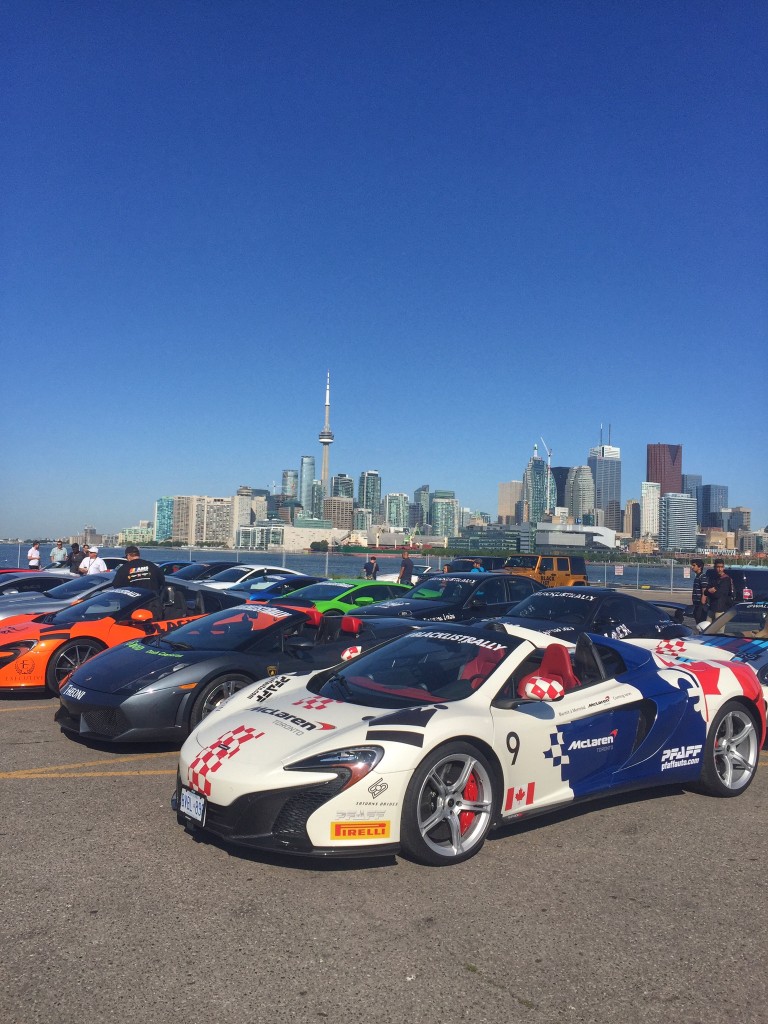 Four days, 2,000 km, and a lifetime’s worth of friendships made: the 2015 Black List Rally brought together dozens of supercar enthusiasts along some of the best roads in Ontario, Quebec and upstate New York.

For the organizers of the event, the same team behind the Toronto-Area Saturn’s Drives community, it was an opportunity to bring together some of their closest supercar-driving friends for an extended weekend of fun – and a way to take their organization to the next level. The invitation-only list reflected this philosophy: a passionate group of car enthusiasts that really knew how to have a good time.

The festivities got underway at Toronto’s Polson Pier, with a great view of the Toronto Skyline behind the gathered supercars. 57 rally cars began the rally on Thursday, June 23, supported by five vehicles carrying luggage and equipment. A drive along some of Ontario’s finest back roads took the group to Calabogie Peaks, outside of Ottawa, for a rest stop before the group finished the day in downtown Ottawa. Dinner at Joey’s Landsdowne caused a sensation in the city centre, as crowds gathered to view the cars in the evening. 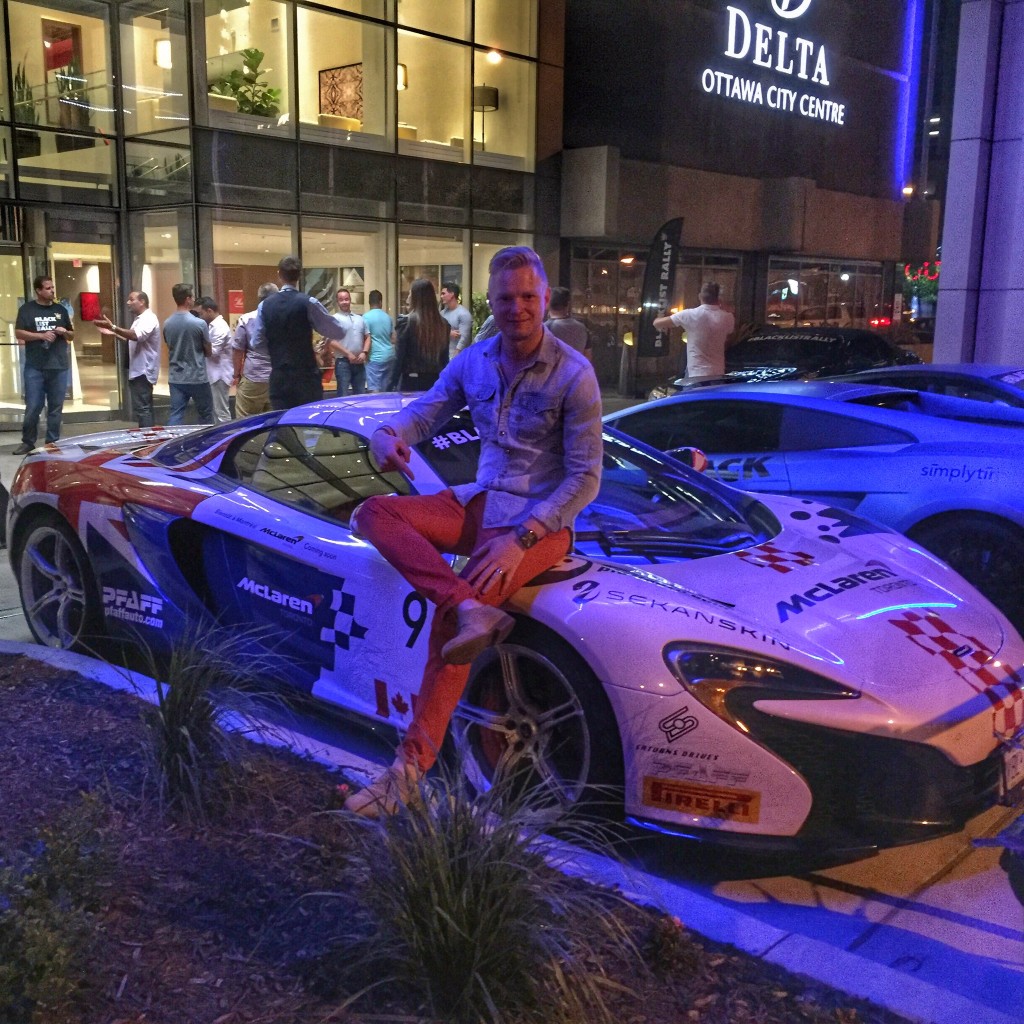 A long night and an overnight stay in Ottawa was followed by an early start on Friday, June 24. The group travelled to Montreal along back roads, the highlight of which was a “tunnel drive,” where drivers would drop down several gears to let their engines sing.

Lunch on Friday was a the Action 500 karting facility, where Pfaff/McLaren’s Chris Green set the fastest lap of the day. The afternoon brought on a cruise through the main streets of Montreal, including the Saint-Catherine strip. 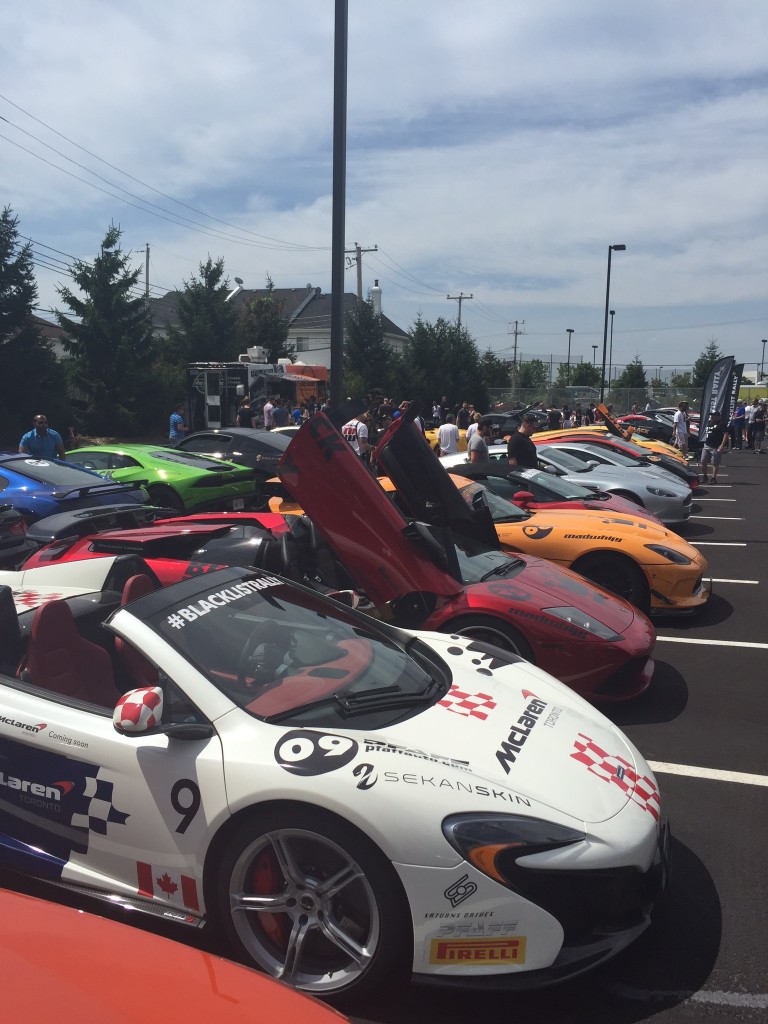 After another long evening – with Pfaff/McLaren friends at Inferno restaurant helping to feed the large group with an Italian family-style meal – the group gathered at 8:00 on Saturday morning for a cruise to Mount-Royal, and a morning cars and coffee gathering at Lamborghini Montreal, where some seriously impressive cars were gathered. 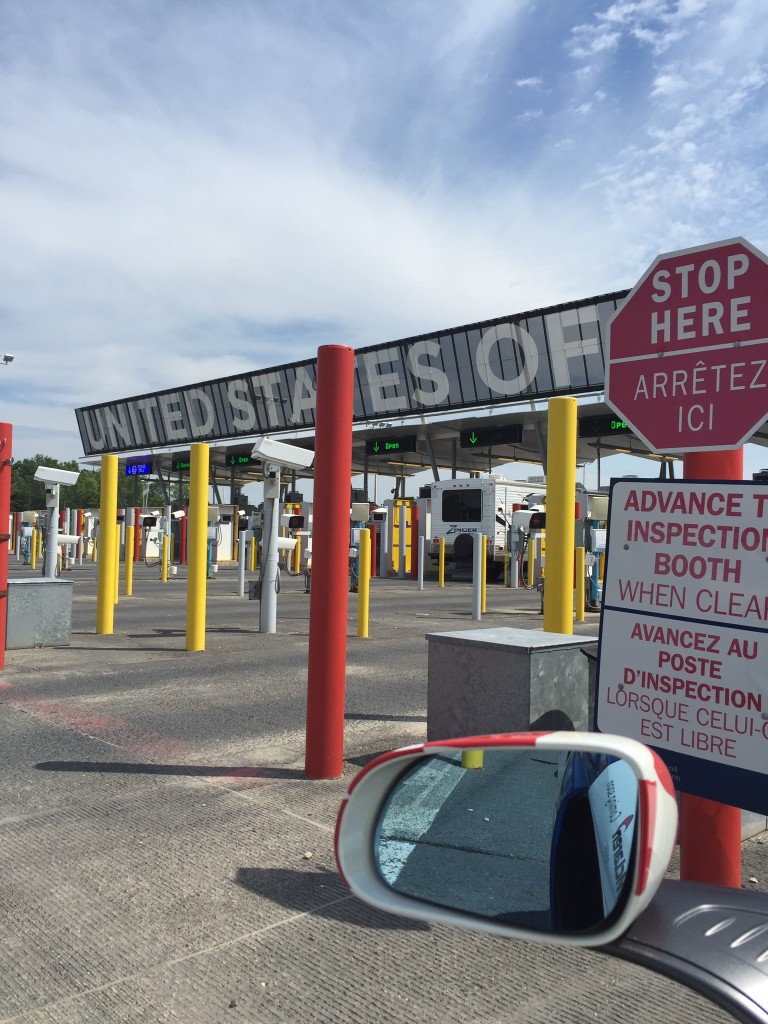 With the organizers having spoken with the U.S. border authorities ahead of time to smooth the rally’s passage, the group crossed the border to take on some of New York’s most beautiful roads on the way to Lake Placid, and on to Syracuse, where an overnight stay at the Crowne Plaza was preceded by a casual dinner in the hotel bar.

It was on the way to Syracuse where a McLaren Toronto customer experienced a punctured tire. Chris Green and Steve Bortolotti, driving the McLaren Toronto entry, a white 650S, stopped and came to the customer’s assistance, sticking with him until McLaren was able to recover the car (the driver and his passenger finished the rally by riding in one of the support vehicles). 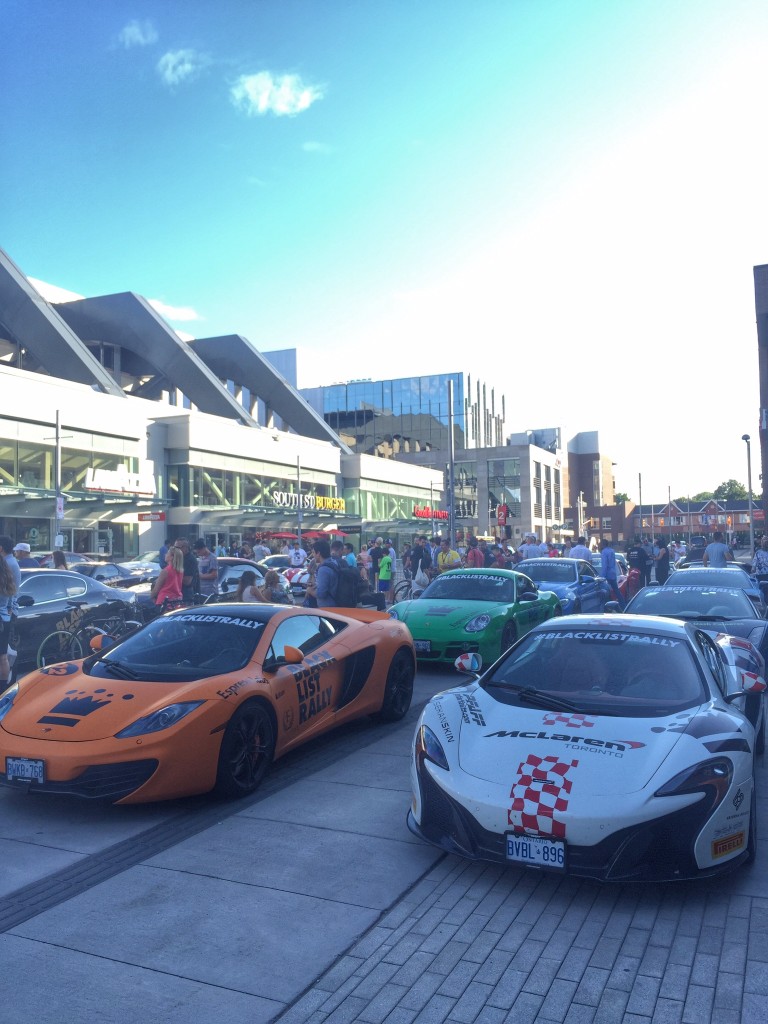 For rally participants that didn’t want to watch the Formula One race on Sunday morning, it was a later wake-up call on the final day of the rally, which was a shorter day, running from Syracuse to Niagara Falls. Finishing at 4:30 and putting on an impromptu car show, the group stopped for photo opportunities as well as an awards presentation, where prizes were given for best dressed, best livery, and other topics. The McLaren Toronto team won the rally’s most coveted prize, Spirit of the Rally, for having rendered assistance to one of their comrades. 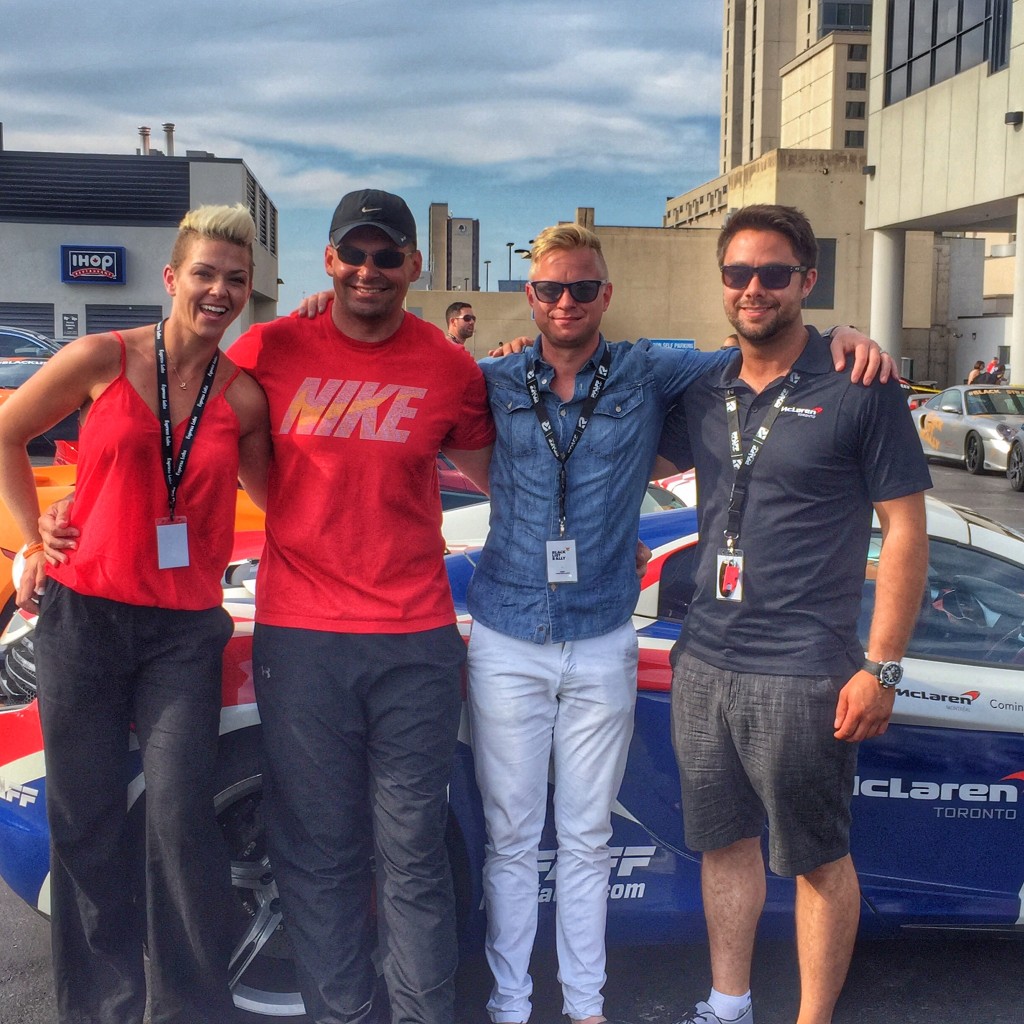 All in all, the Black List Rally was a fantastic event, beautifully run, and bringing together some of the most passionate car enthusiasts in the country. We can’t wait to come back next year!