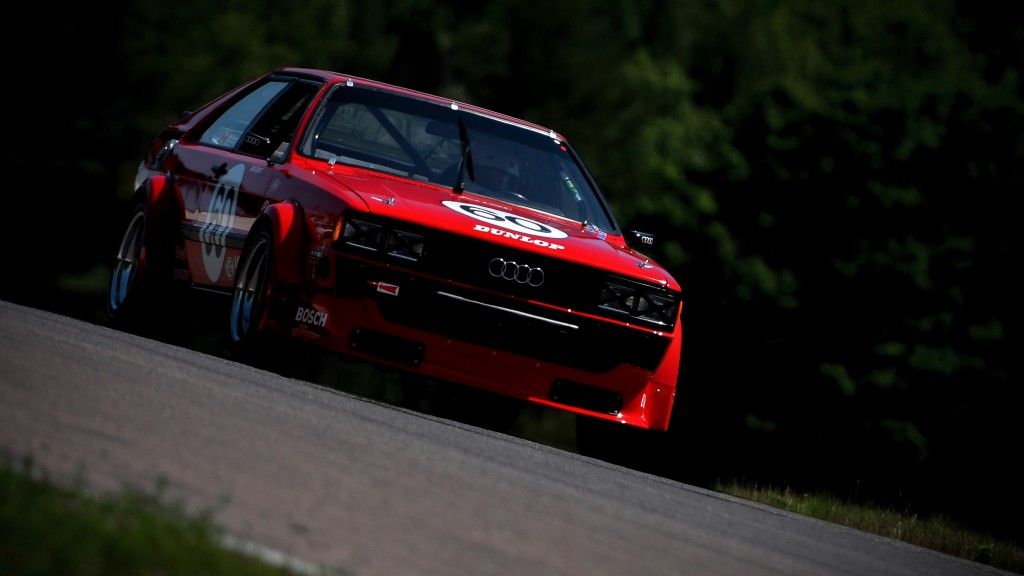 If you’ve seen some of our “Hey, Perry!” videos on the Pfaff Automotive Partners YouTube page, you’ll be familiar with H.J. Pfaff Audi’s shop foreman, Perry Mason. Perry is a longtime Pfaff employee who knows more about keeping your Audi running smoothly than just about anyone.

What you might not know is that Perry is also an accomplished vintage racer, who campaigns this race-prepared 1981 Audi 80 Coupe GT. He’s the second owner, and has had the car for over 30 years.

The Audi Coupe was the centre of Audi’s effort in 1981 for the European Touring Car Series. 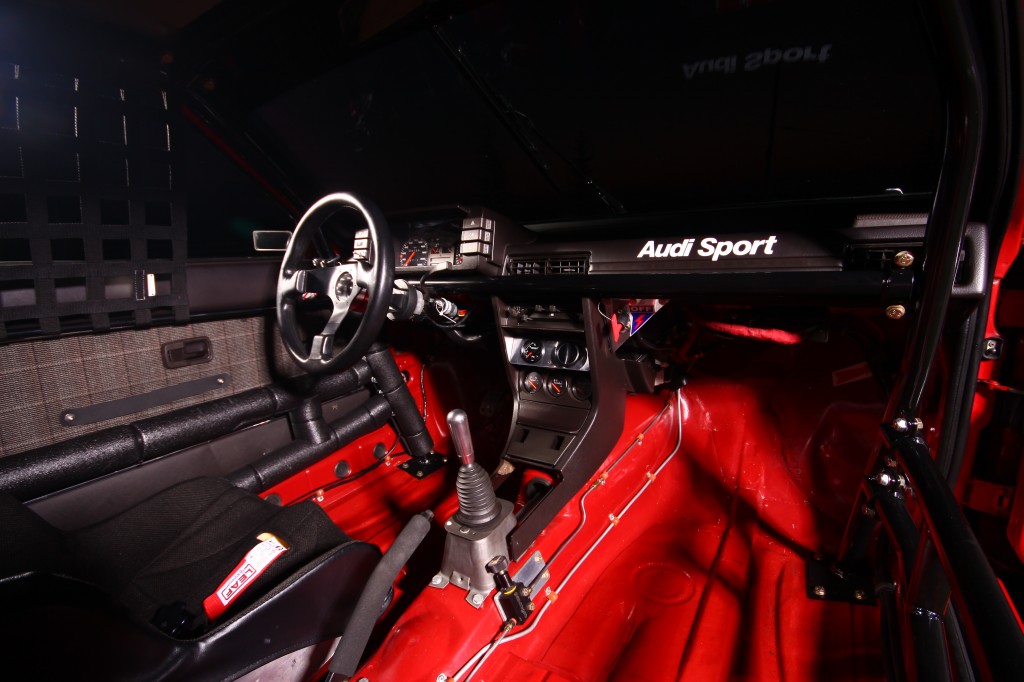 “I followed Audi during the early part of the 80’s and was a fan of what they were doing,” says Perry. “I saw the Audi 80 ex- factory car race at Mosport in 1983 and was drawn to that styling and the sound of the five-cylinder engine. When the factory car was getting obsolete for the current racing, the car was sold to a Toronto businessman and racer who had this car for a number of years.” 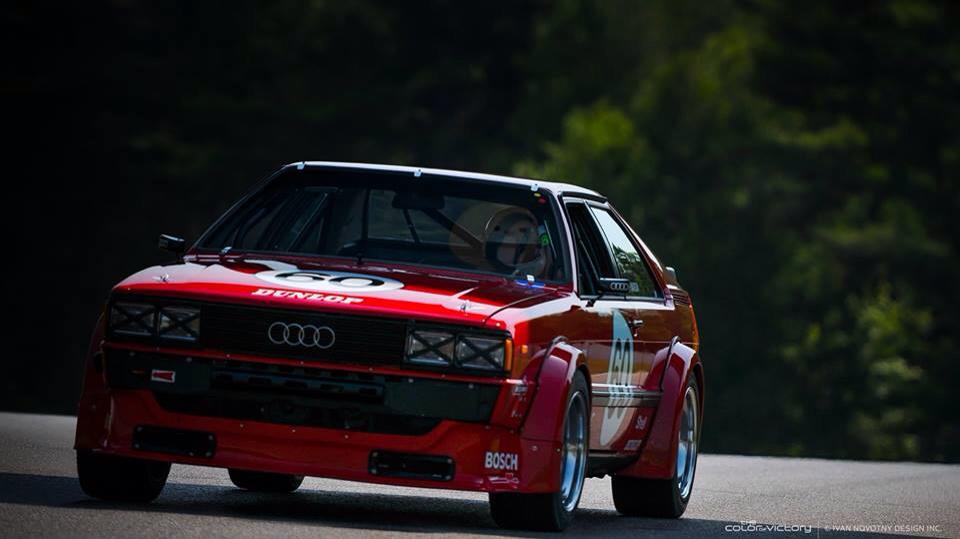 He continues: “I wanted to build and race a car similar to what I saw, but the parts to achieve this were not attainable for me, as they were strictly ‘works’ items and not for sale. Years later, the car ended up in the hands of a Porsche racer/restorer I knew in the GTA, and I had the opportunity to borrow and re-create the factory body parts to make my project a reality.”

Over the course of the next 10 years in between life, work and its duties, Perry was able to build this car into something very similar to what raced in the European Touring Car Series. 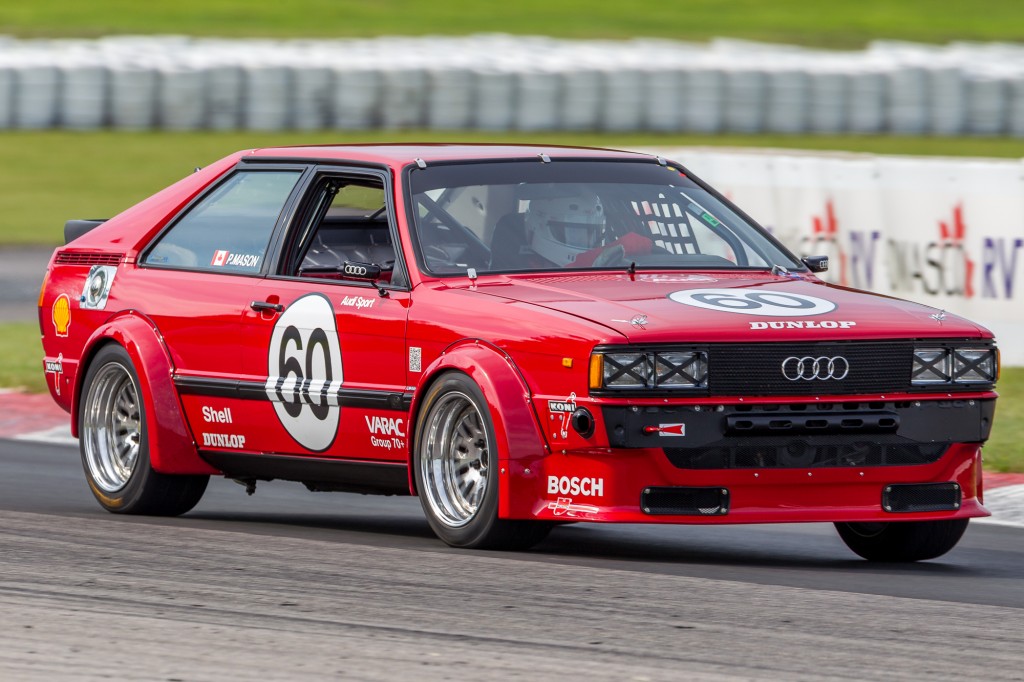 The car has been tracked at various events at Canadian Tire Motorsport Park, Shannonville and Watkins Glen. Its most recent outing was at the 2015 Canadian Historic Grand Prix this past June.

“We had a reasonably successful 2015 Canadian Historic Grand Prix,” says Perry, “with two second-place finishes in class G70, and we set fastest weekend time for the class. A shifter mechanism breakage, and not being able to make a repair in time, kept us out of the final, which was a huge disappointment. But the car handled and performed well.”

Most of the performance items fitted to the original were recreated or designed by Perry for use on the car, as nothing was available in the aftermarket. Its engine is an early-race prepped 2.0-litre inline-five, and it’s also fitted with Koni adjustable race suspension, four-wheel disc brakes, a full roll cage and fire suppression system, 16 x 9″ rims and Toyo R888 tires.

We hope to see you at the track sometime!