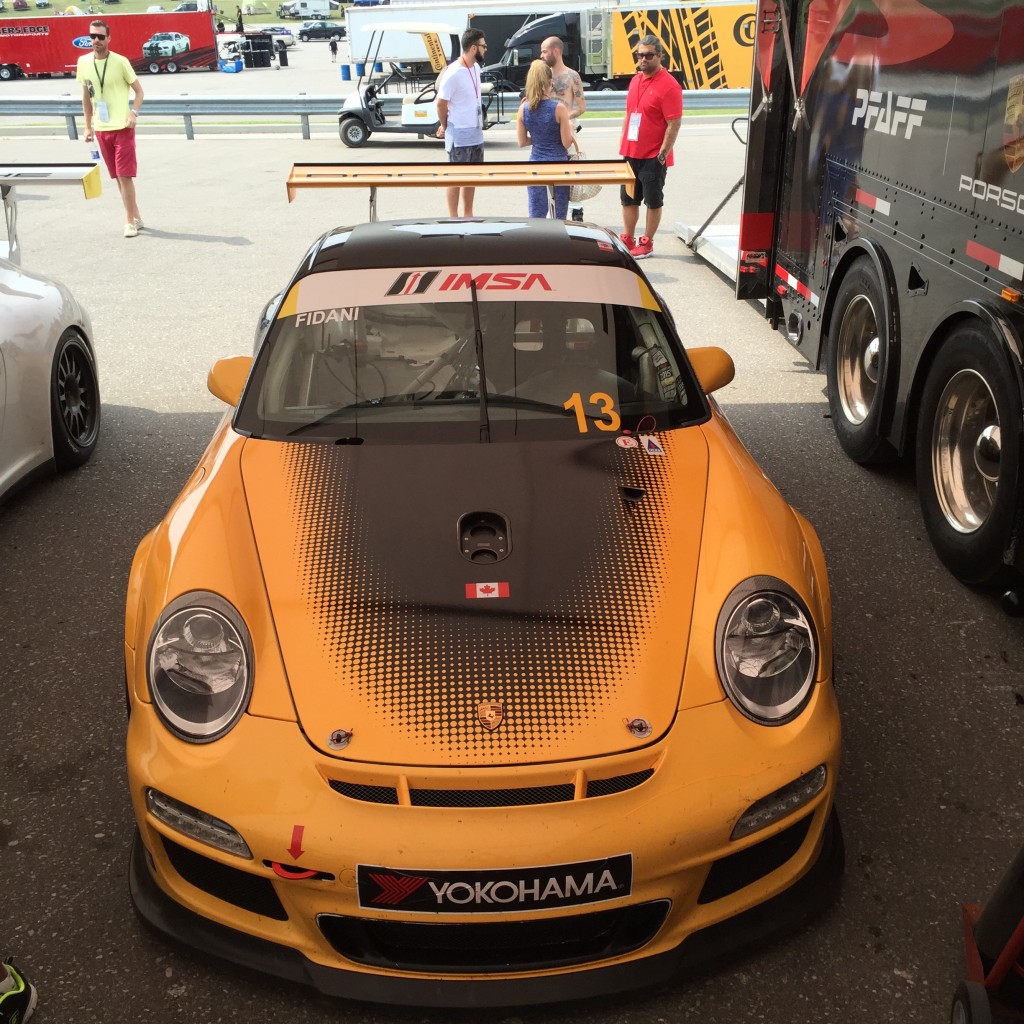 Rookie Orey Fidani capped an impressive debut weekend in the U.S. Porsche GT3 Cup Challenge by Yokohama with a podium finish in the second race of the weekend, finishing a strong third in the Gold class in his 2012 911 GT3 Cup car. Throughout the weekend, his performance continued to improve as he gained valuable experience on Canadian Tire Motorsport Park, one of Canada’s most famous and difficult racetracks.

For the driver of the #13 Pfaff-Orlando Motorsports race car, it was a chance to spend time running with some very serious competitors, as the Gold class field in the U.S. series is large and highly competitive. He and the Pfaff Motorsports team knew that he has some work to do to continue to bring his lap times down, and employed a new coaching strategy. Canadian Platinum-class driver Chris Green, Pfaff Motorsports team manager Steve Bortolotti, and veteran racer Sasha Anis took positions around the track, and coached Orey over the radio during practice, qualifying, and both races. In particular, they focused on his performance in turn 8, where, over time, Orey was able to consistently pick up time as he got more comfortable with the car and the track. 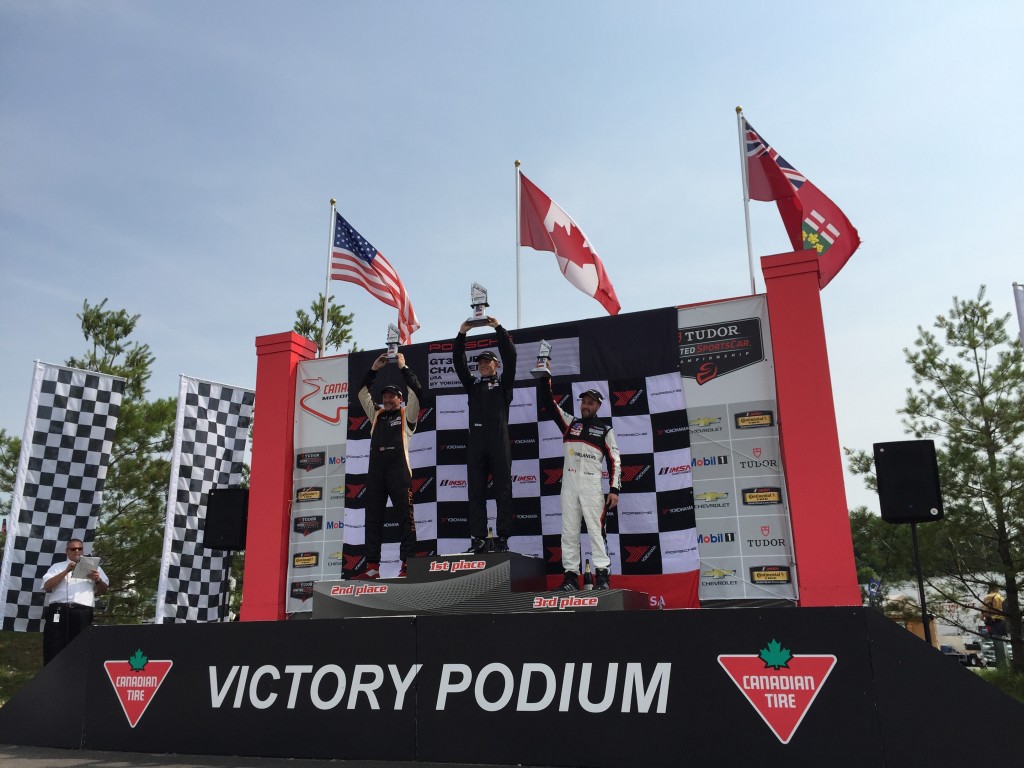 While he didn’t qualify well, Orey drove a steady race on Saturday, finishing fifth in Gold, and he set the third-fastest lap in his class. It was a fierce fight for the last spot on the podium, with four cars – Sebastian Landy, Shaun McKaigue, Joe Catania, and Orey – running very close to each other during the exciting 45-minute race. With no full-course cautions at any point, it was an intense race for cars and drivers in the sun and heat.
Race two on Sunday began much like race one – this time with Orey starting third. Once again the field settled into its rhythm, with Landy, Catania, McKaigue, and Orey running in a tight cluster. He had a terrific battle with McKaigue for fourth, before passing him and reeling in Catania. As the gap consistently narrowed, down to less than two-tenths of a second, Orey passed Catania for third and maintained that position until the end of the race, as second-place Jeff Mosing was running more than 15 seconds ahead. The tough battle for third had dropped the cluster of competitors back and there wasn’t enough time for Orey to catch the next position. 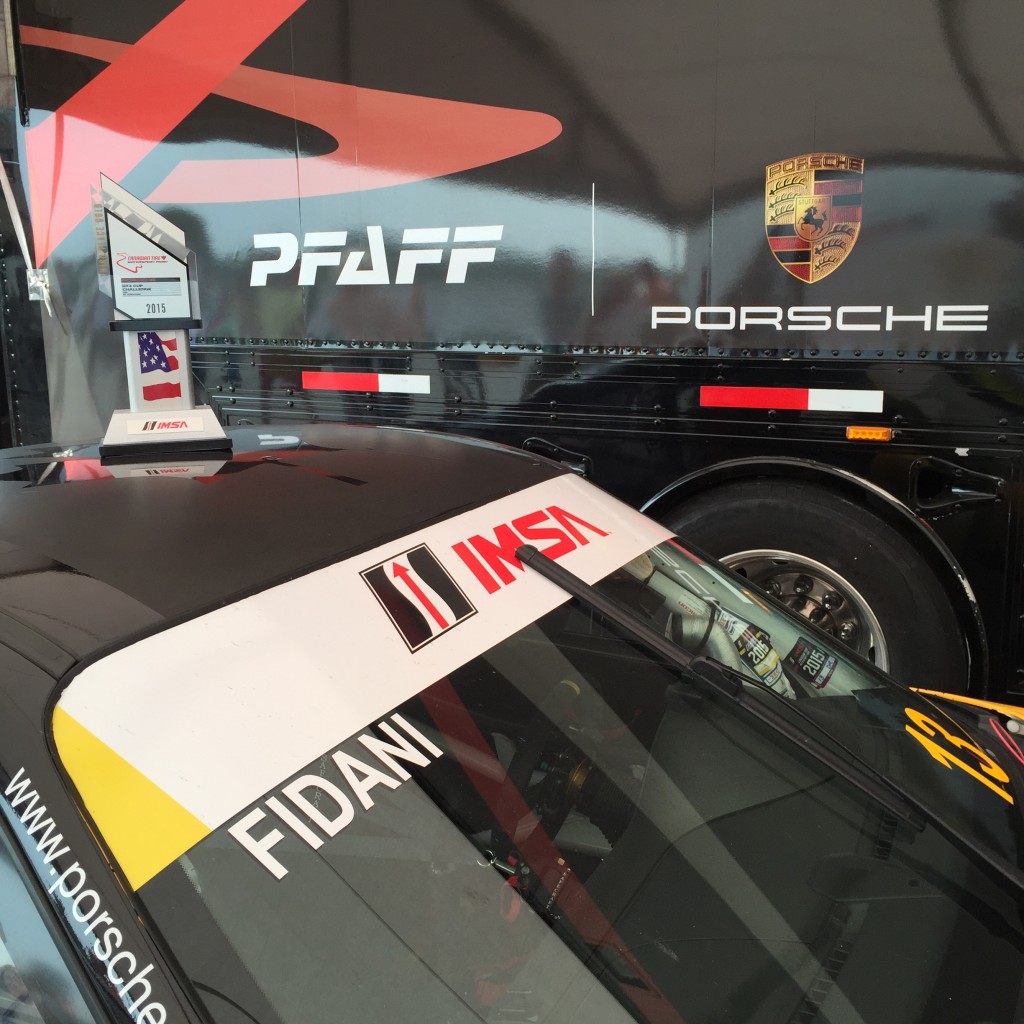 It was a terrific result for Orey, whose sole objective for the weekend was to gain more experience on the track in advance of the season finale on Labour Day weekend. He impressed team members and competitors alike with his focus, determination, clean driving and the improvement he showed. Indeed, at the podium ceremony, he was presented with an additional surprise beyond his third-place trophy: the Yokohama Hard Charger award, for most places gained during the course of the race, which came with a free set of Yokohama racing slicks.
Asked what his experience was like in a new series on new tires, Orey says, “I learned a lot this weekend, and I actually enjoyed driving on the Yokohama tires a lot.” 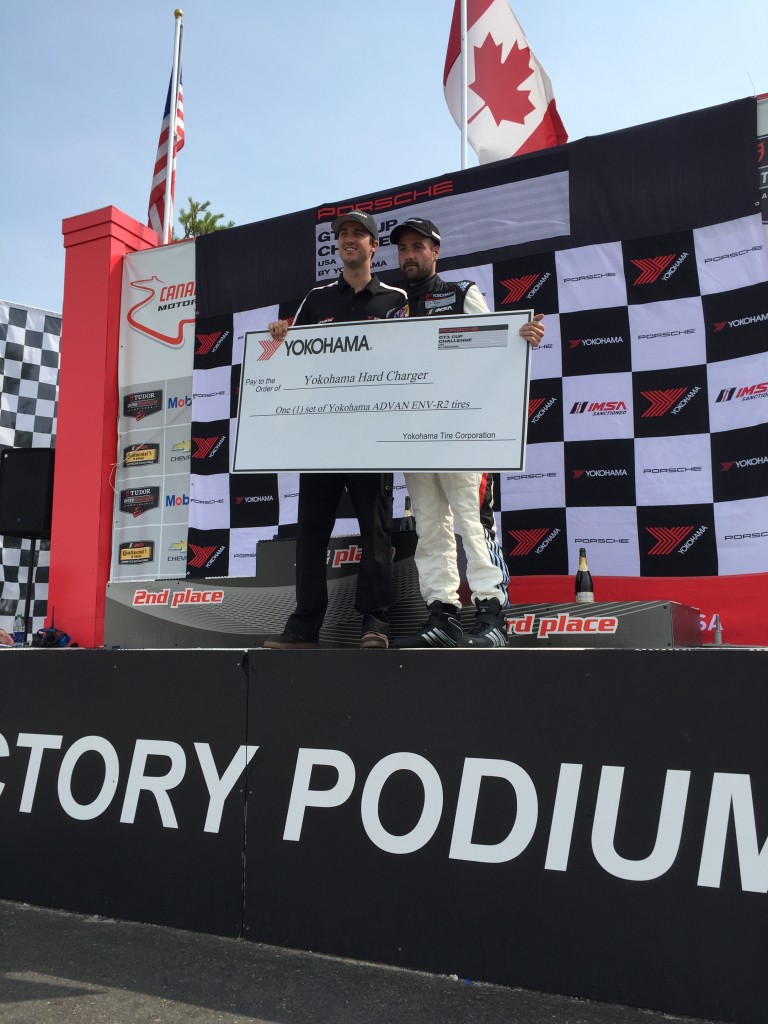 Motorsports manager Steve Bortolotti elaborates: “While they may not be quite as sticky as the Michelin tires we use in the Canadian series over the course of a lap, they’re more consistent throughout the duration of the race, meaning he was really able to see the results of the adjustments we were making with his technique throughout the weekend.”
The next two rounds of the Canadian Porsche GT3 Cup Challenge run at the Grand Prix de Trois-Rivieres at the end of July and beginning of August. Visit www.pfaffmotorsports.com for updates and follow us live at https://twitter.com/Pfaff_Auto.
Previous Post Next Post