Pfaff Auto | Blog | Audi’s on a mission to the moon!

Audi’s on a mission to the moon! 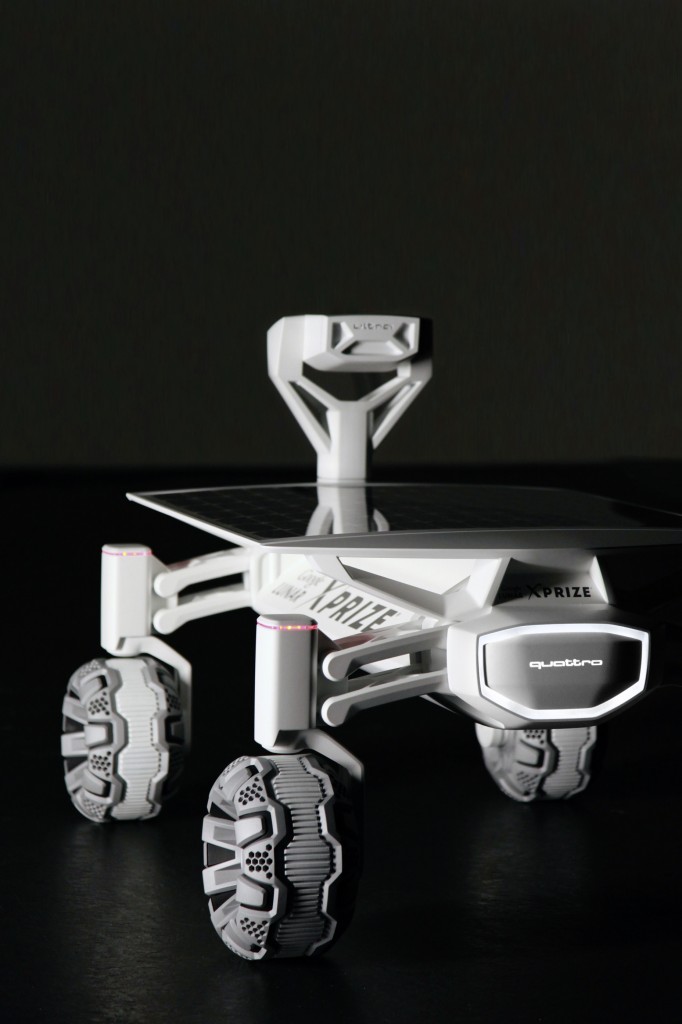 Nearly 45 years after NASA’s Apollo 17 completed the last manned mission to the moon, the German Team competing for the Google Lunar XPRIZE have selected the old landing site of Apollo 17 as their new target.

The Google Lunar XPRIZE is a competition to transport an unmanned rover onto the moon. Audi is supporting the scientists with its know-how in several fields of technology – from quattro all-wheel drive and lightweight construction to electric mobility and piloted driving.

Innovative ideas need supporters that promote them. Audi is sending a signal with its involvement, and also motivating other partners to contribute their know‑how.

The US$30 million Google Lunar XPRIZE is a competition to challenge and inspire engineers and entrepreneurs from around the world to develop low‑cost methods of robotic space exploration. To win the prize, a privately-funded team must successfully place a robot on the moon’s surface that explores at least 500 m and transmits high‑definition video and images back to Earth.

AUDI AG is lending its know-how by optimizing of the rover of the Part‑Time Scientists, the only German team in the competition. The research group’s lunar vehicle has already been recognized during the course of the competition by a jury of aerospace experts with two Milestone Prizes.

As a cooperating partner, Audi is primarily supporting the team with its expertise in lightweight construction and e‑mobility, with quattro permanent all‑wheel drive and with piloted driving. Audi is also providing wide‑ranging assistance in testing, trials and quality assurance. In addition, the Audi Concept Design Studio in Munich is revising the rover, which will be named the “Audi lunar quattro,” to ensure ideal lightweight construction conditions. 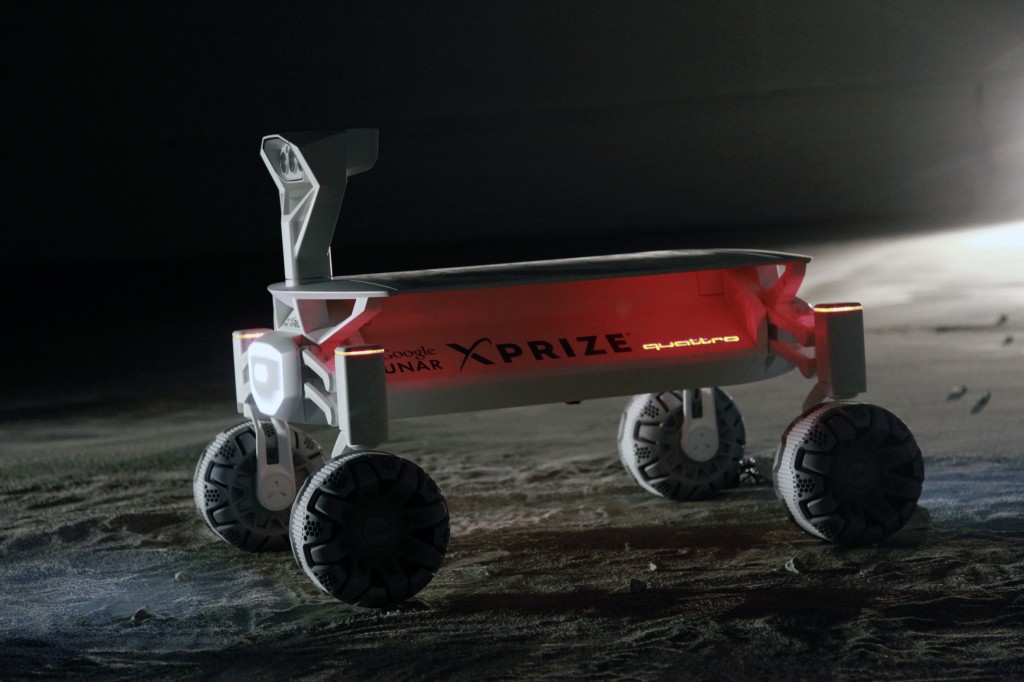 Audi’s mission to the moon.

The lunar vehicle with the Audi rings on its nose will launch into space in 2017 on board a rocket and will travel more than 380,000 km to the moon; the trip will take about five days. The target landing area is north of the moon’s equator, near the 1972 landing site of the Apollo 17, NASA’s last manned mission to the moon. Temperatures fluctuate here by up to 300 degrees Celsius.

The Google Lunar XPRIZE, which started off with more than 25 teams, is currently in its final round. Participants in the competition, in addition to Part‑Time Scientists, include 15 teams from around the world including Brazil, Canada, Chile, Hungary, Japan, Israel, Italy, Malaysia and the United States.