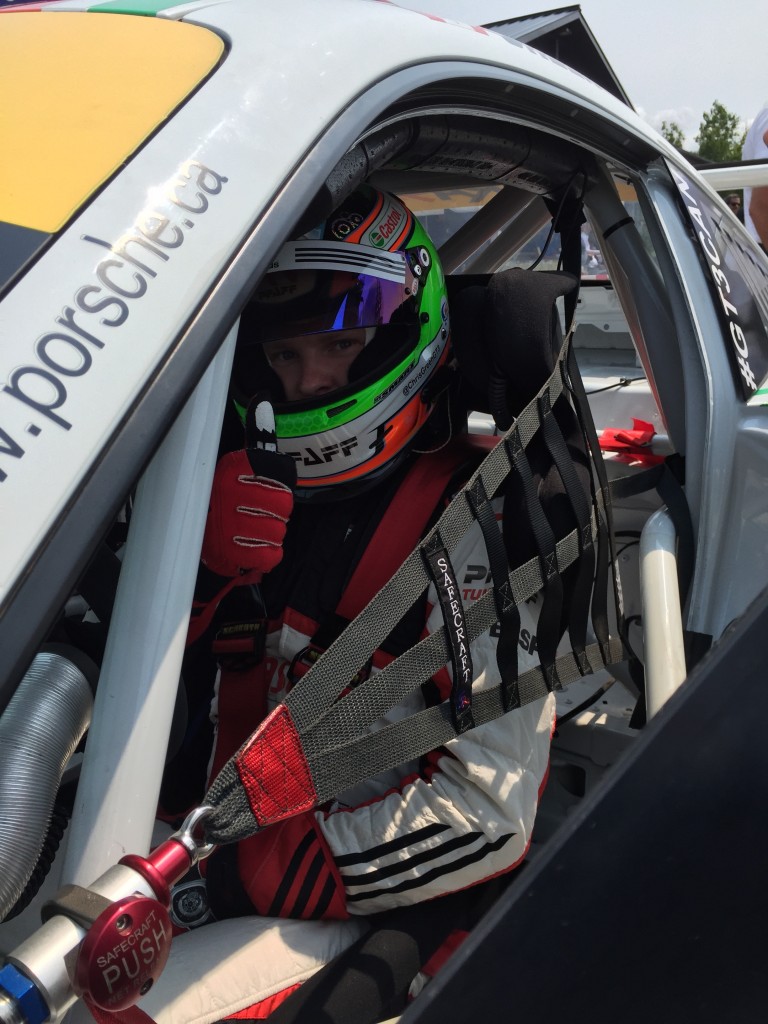 In sweltering conditions on a long, abrasive road course at Calabogie Motorsports Park, Pfaff Motorsports had a successful weekend in both Platinum and Gold classes in the Canadian Porsche GT3 Cup Challenge.

In race one, Chris Green started in second place behind Scott Hargrove, and maintained a consistent 0.5 to 1 second behind the leader. As he predicted, tire management was one of the race’s main challenges, as as he continued to follow Hargrove, maintaining the gap, his front tires started to wear away from him, making it more and more difficult to maintain his pace along the 5.5-kilometre circuit. The tire situation got worse over time, and Green put two tires off in the chase, remaining in second until he was caught by Daniel Morad with only a couple of laps to go. 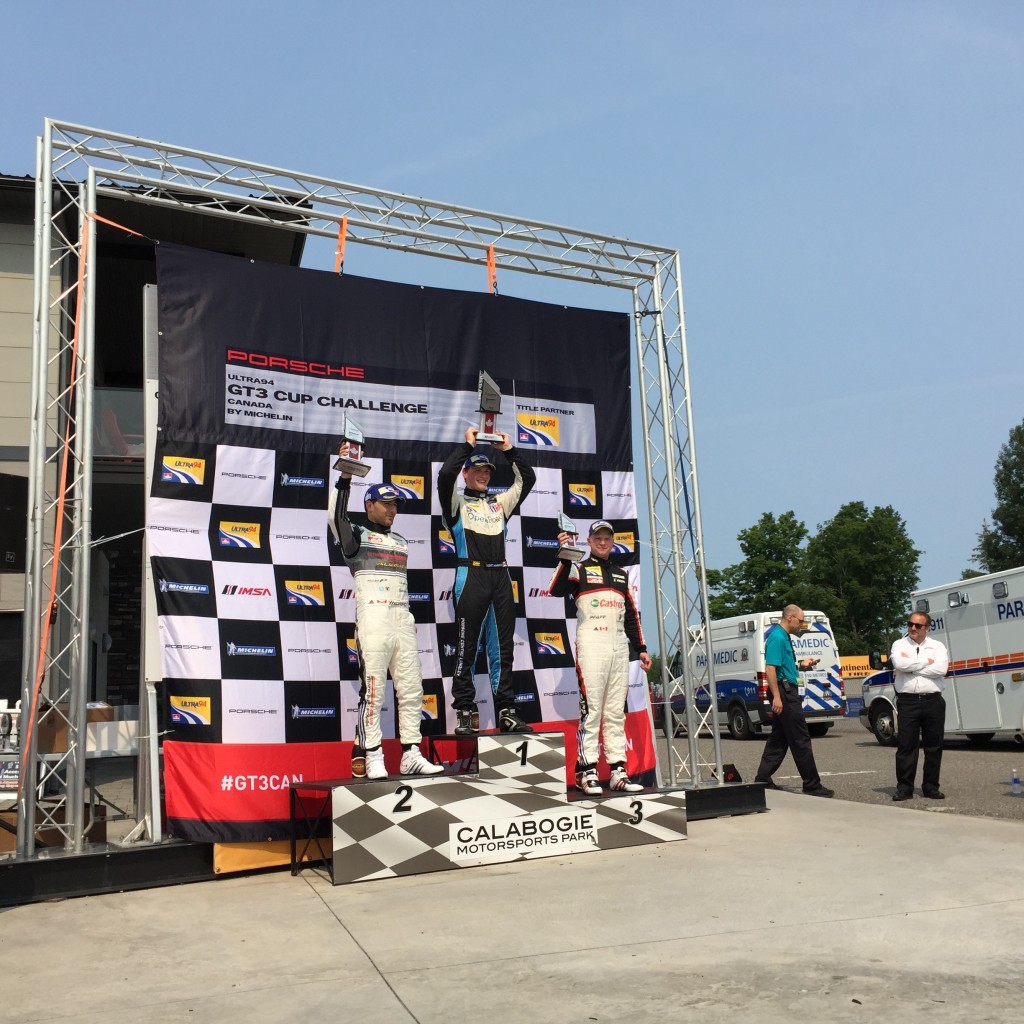 “As a driver, you want to be challenging for the win, but it’s important to remember about the bigger picture,” says Green. “Plus, our competitors were here testing for several days prior to the event, so overall, it was still a good race in the context of trying to win the championship. We stayed out of trouble, and collected good championship points.”
Orey Fidani had a terrific first race. He started third in class, but was passed by Martin Harvey at the beginning of the race; a terrific battle for third ensued, and Orey made a beautiful, clean pass on Harvey, then began reeling in Shaun McKaigue, who found himself leading the Gold class after Michael de Quasada made an unscheduled pit stop.
It was in trying to chase down McKaigue that Fidani locked up his brakes, creating a flat spot on his left-front tire that generated a wicked vibration. Rather than risk doing damage to the car and his championship hopes, he too came into the pits for a tire change. 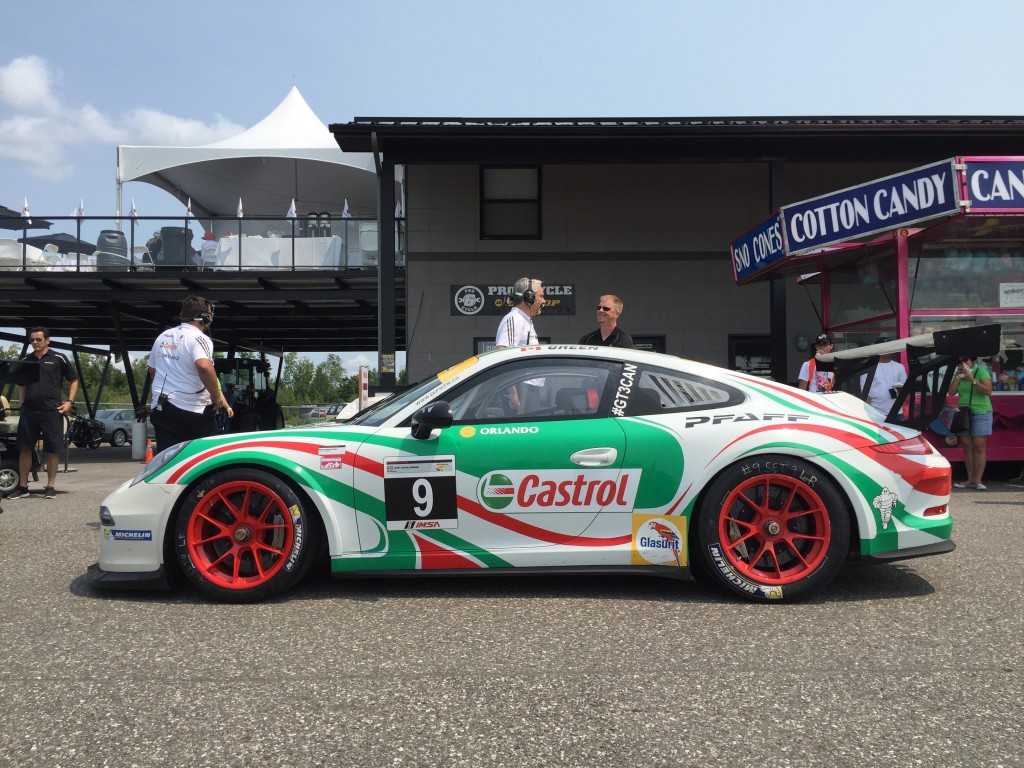 “Calabogie continues my learning process in the series,” says Orey. “I just came into the corner way too fast, went too deep, and too hard on the brakes, and overdrove the car. While we could probably have finished the race on the tire, in the end, I think it was a good call to change it, despite dropping me back a couple of positions, and make sure we’re able to do the race this afternoon. I had a great afternoon qualifying session yesterday, so I’m looking forward to running in similar conditions.”
Chris Green described race two as, “in some ways, the most boring race of the year. At the front, we were all being very conscious about managing our Michelin tires, and making sure that we could get the most out of them. The plan was to pace ourselves, and make sure we still had some tires left for a real push in the last three or four laps. But an incident late in the race with the #34 car meant that the race finished under a full-course caution – and none of the front-runners were able to make their late charge.”
Having started second in race two, Green finished in second, and indeed, all of the five front-runners maintained the same position they started in. He elaborates: “We had to remind ourselves that Scott Hargrove isn’t competing for the overall championship – he didn’t run at the first weekend – so it was more important to drive smart and maintain our championship lead, which we’ve done.”
Fidani had a heroic drive in race two, starting in fourth and very quickly passing Martin Harvey for third in class. He then systematically began to reel in Shaun McKaigue, who was running over 10 seconds ahead of him. After a handful of laps, Fidani narrowed the gap to less than a second, then executed a clean pass to take second. With series newcomer Michael de Quasada having checked out early in the race – over 30 seconds in the lead – he hung on to second for the end of the race, finishing a strong second, and maintaining his lead in the Gold class championship. 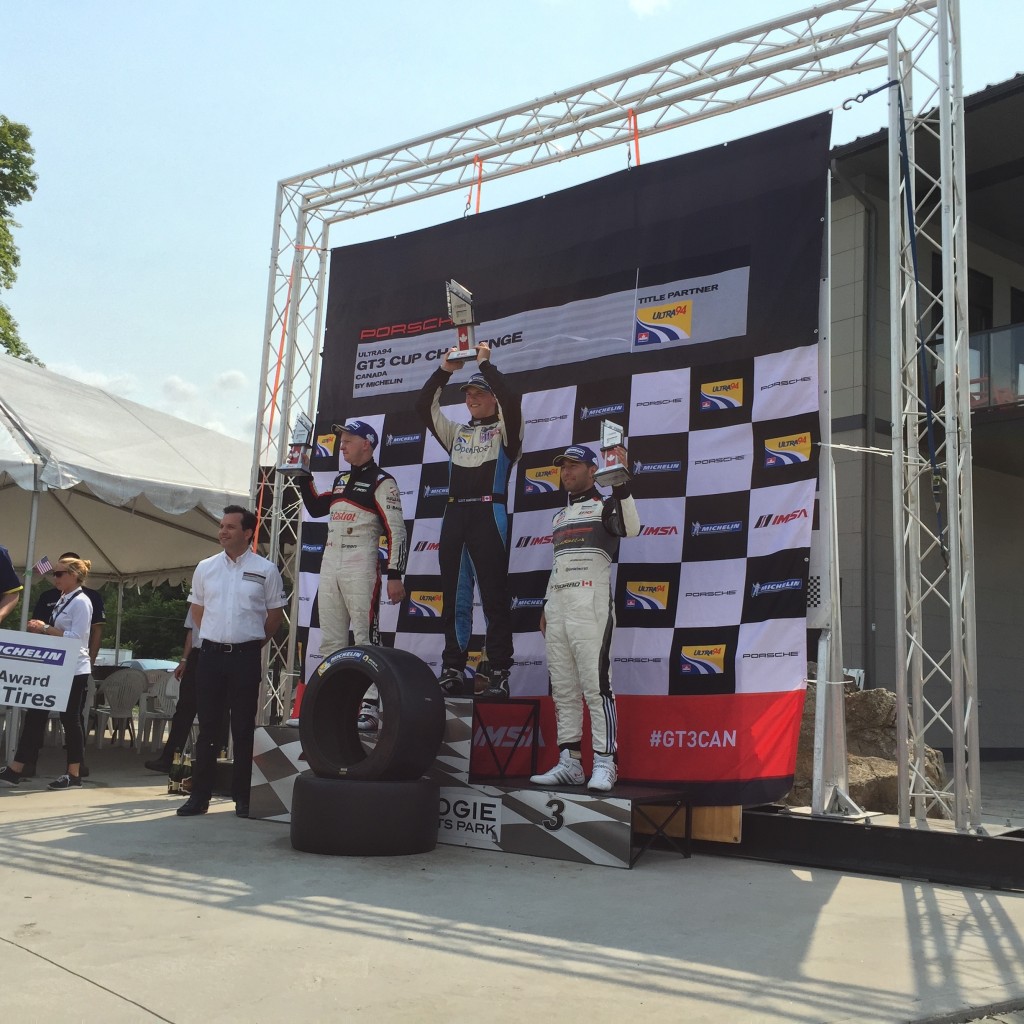 At the end of the Calabogie weekend, Pfaff Motorsports maintains its championship lead in Platinum as well – 15 points ahead in Platinum, now in front of Daniel Morad. The next weekend for the series is at the Grand Prix de Trois-Rivieres, July 31-August 2. Follow us live at https://twitter.com/Pfaff_Auto.
Previous Post Next Post