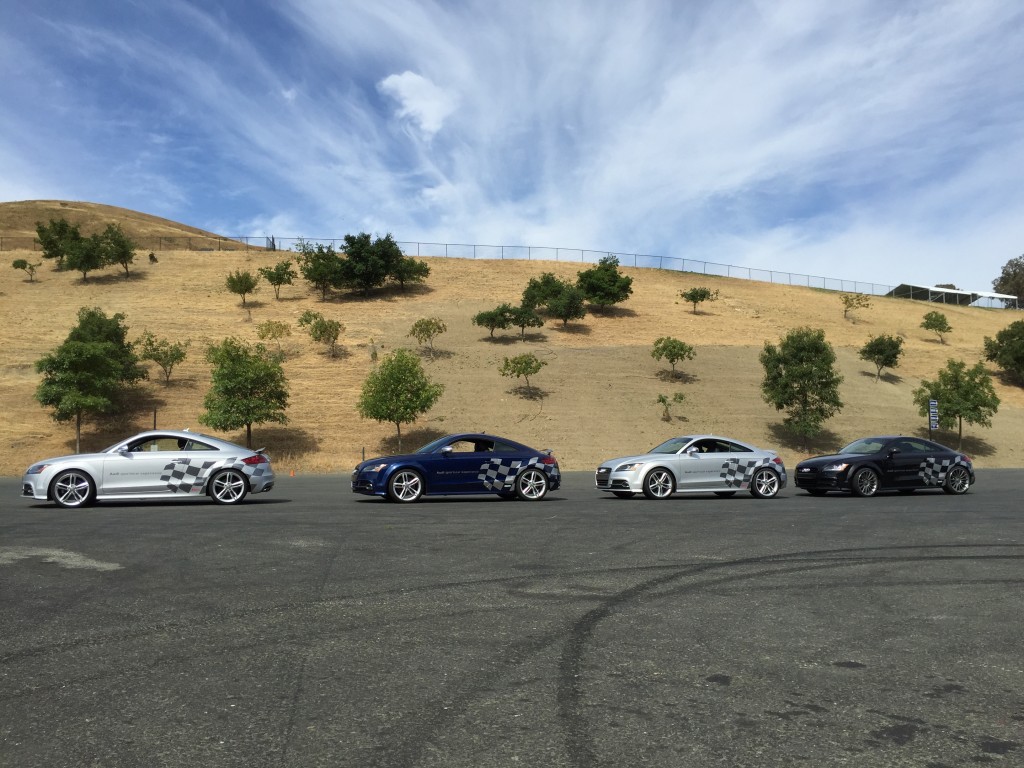 It’s been a while since I was behind the wheel of an Audi TT, and with a new one just on the horizon – and the opportunity to spend some serious time behind the wheel at Sonoma Raceway – I thought it would be instructive to reacquaint myself with the outgoing model. To set the baseline, if you will, for what’s to come, and to set in my mind what the new car will have to do better if it’s to be a success.

In serious sports-car circles, it’s fair to say the TT – tested here in TTS form – doesn’t get a whole lot of respect. Its turbocharged four-cylinder engine makes the right kind of numbers (265 hp and 258 lb-ft of torque), it has an available dual-clutch automatic transmission like the best of them, and its wheels and tires are as big as anyone else’s. But the location of the engine, slung out ahead of the front axle, and its all-wheel drive configuration that heavily favours the front for traction unless the rear is needed, can act as a psychological turn-off to drivers who at least think they’re looking to slide the rear end around corners, Top Gear-style.

And, it it true, sliding its rear end around corners is not something the TT does well, or indeed does at all. Drop the hammer coming out of a tight corner and you feel the power shuffle between the two axles, but all four wheels grip strongly and the only drama you get is the big numbers on the speedometer as you charge up the next straight, drama-free. Jump out of the throttle in another corner to try and upset the car and it remains safe, wobble-free, and secure, the stable chassis setup and electronic helping hands quelling any tendency for this short-wheelbase coupe to swap ends. 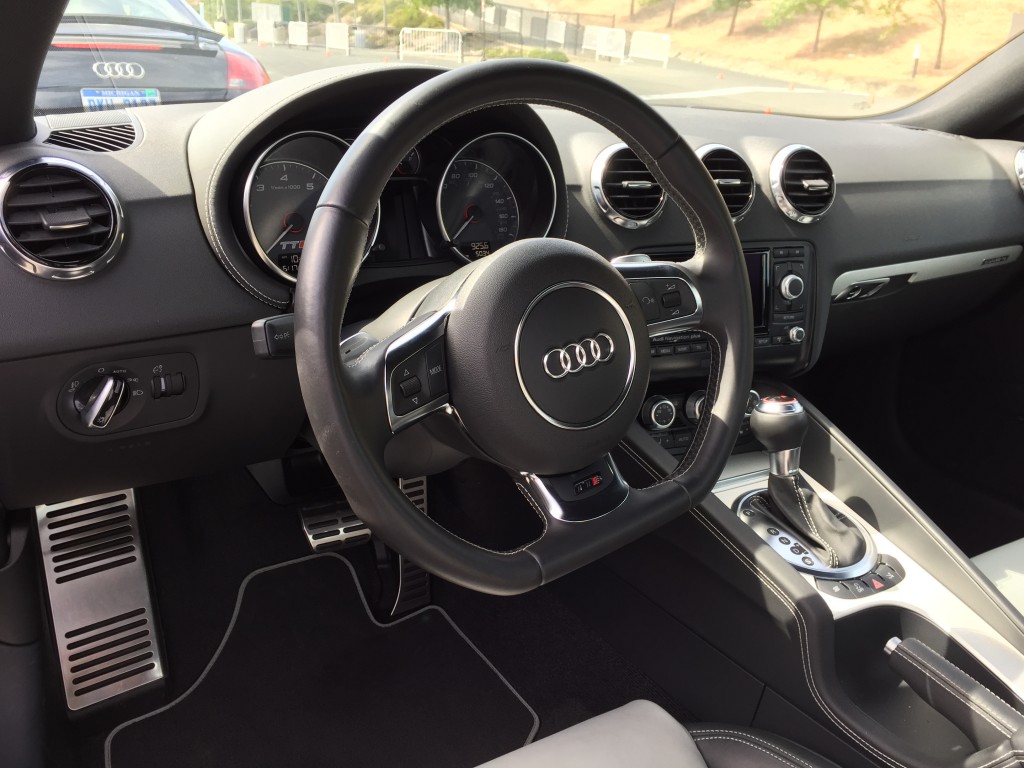 So, no, it’s no oversteer king – but does anybody actually drive like they do on TV? Tires are expensive, and power-on oversteer, while fun, needs a lot of space (and a fair bit of practice) to get right – do it on the street and you’re treading an expensive line towards coming across as dangerous and irresponsible. No, what you want on the street from a sports car is something that is rapid and nimble, something that responds immediately to your every input; something that sounds good, grips hard, goes fast, and, crucially, feels special even when you’re not charging hard along some canyon road.

And the TT is all of that, and more.

Being as much of a chassis snob as the next car guy, and my preconceptions dulled by years of not having driven a TT hard, I wasn’t expecting the level of fun that this car still manages to deliver. The steering is light (and if we’re to be critical, a little dull at low speeds), but perfectly precise and immediately responsive; it gains feel and excitement the faster you go. The engine has a nice burble through the quad exhausts and has little perceptible turbo lag, while delivering a serious shove in the back. The transmission cracks off shifts quickly and cleanly when you tap the paddles on the back of the flat-bottomed, three-spoke steering wheel. The brakes are as strong as you’d expect from any German car. And the chassis feels light, nimble, and fluid beneath you, flowing with the road, dealing effortlessly with mid-corner bumps and bruises, and generally proving to be way more fun than you would expect. 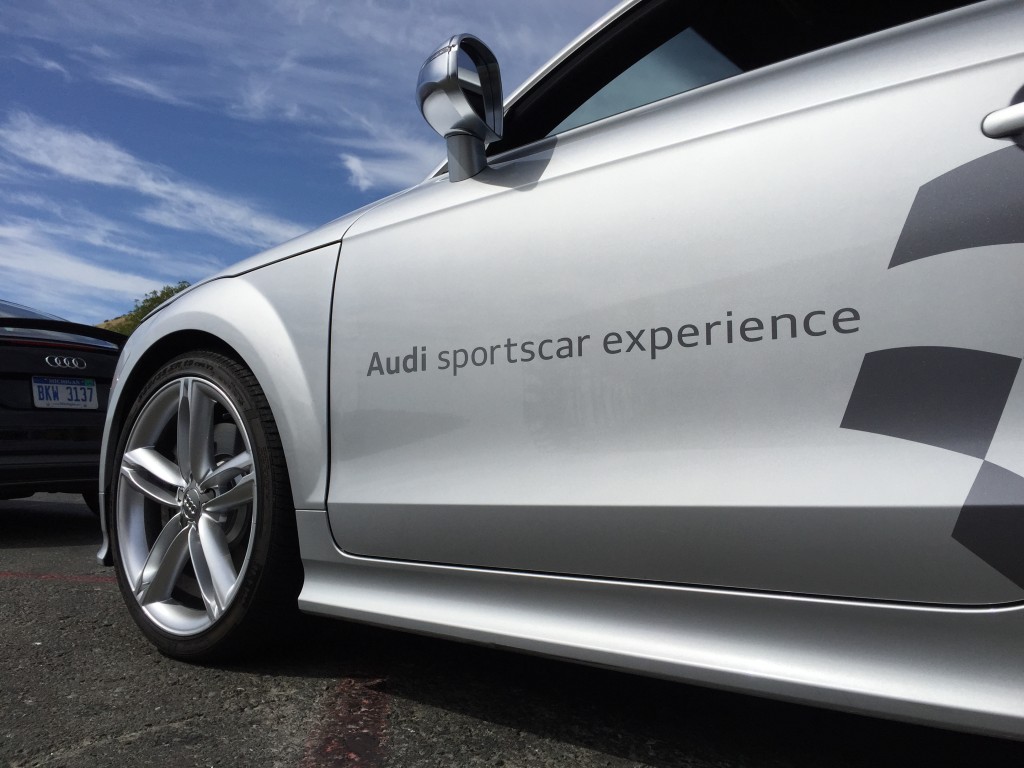 On the 12-turn, 2.5-mile track at Sonoma raceway, despite having a 60-plus-horsepower deficit to our other choices of the day, the 333-hp S4 and S5, which both theoretically have a more sophisticated chassis, an extra gear in the transmission, and Audi’s vaunted drive select with sport differential, the TTS proved to be my favourite on the circuit. Its short wheelbase, immediate responses, and the feel of the turbo kicking in, made it more exciting, if not actually faster, and it was terrific fun to throw around. 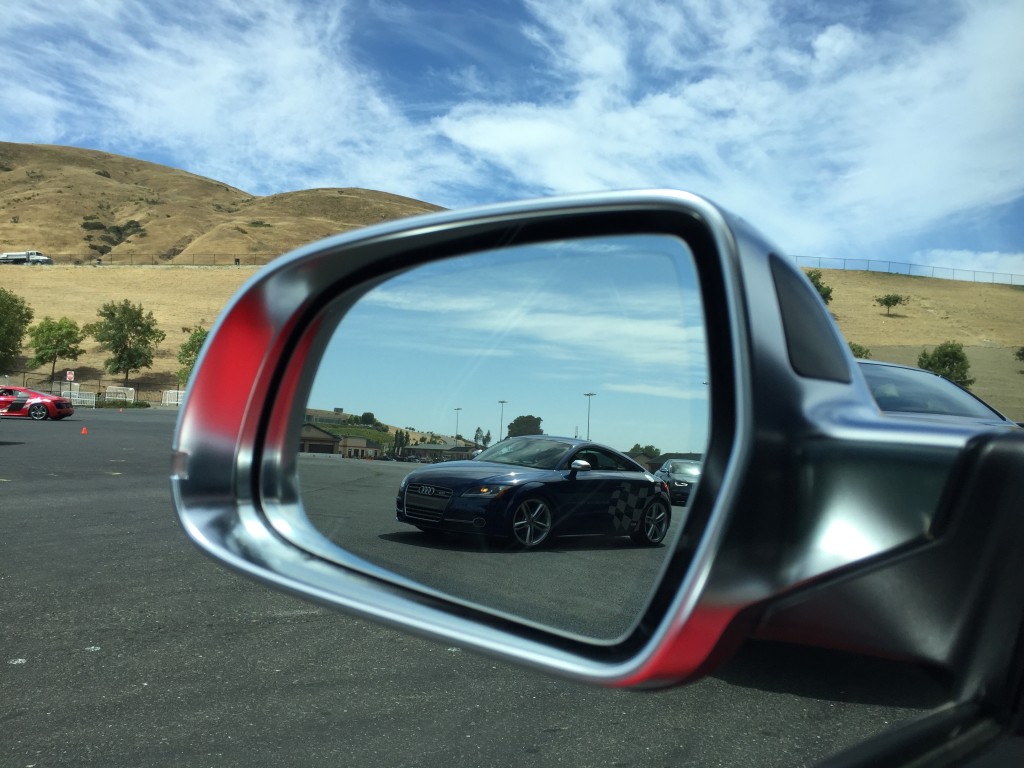 Back on the street, away from the race circuit, the TT holds its own as well. It certainly doesn’t look or feel like it’s about to be replaced. The interior – with deeply-bolstered bucket seats, gun-slit windows, and exquisite detailing – is still leagues ahead of anything else in the class, and its simple, clean, profile is as iconic as they get. Like any Audi, then, it exudes a timelessness and quality that makes it feel new and fresh, even in a time when a new one is just around the corner.