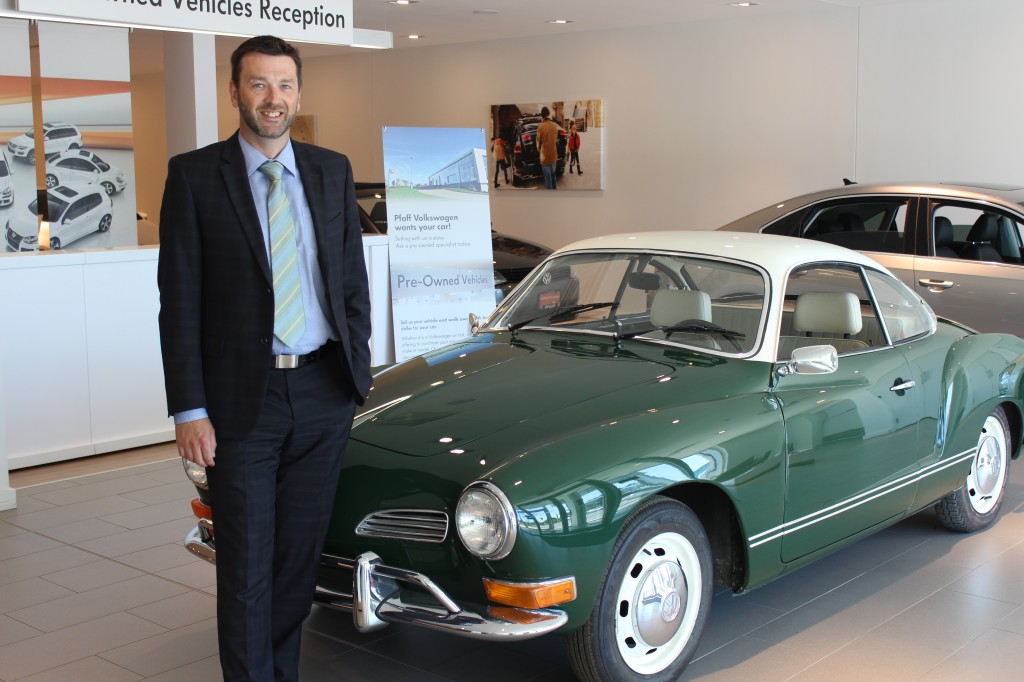 Jason loved cars right from the beginning; his uncle was a mechanic, and, growing up in Toronto, he wanted to be a mechanic as well. There was, in his mind, never any question that he’d work anywhere but in the car business. He attended a technical school, Danforth Tech, in downtown Toronto, and finished his studies at Georges Vanier, before beginning his apprenticeship at Firman Auto Centre, where he worked on buses, trucks, and other large vehicles.

He spent three years at Firman, working in various body shop, technician, and parts and service roles. He was, it turned out, particularly good at the parts job: from Firman, he went to a Chrysler dealership, where he became parts manager, and then fixed operations manager. His next gig was at BMW, where he ran the parts department.

“But I always wanted to be a general manager,” Jason says, “to touch all parts of the store, and really immerse myself in the business. My mentor at the time, a colleague that worked in the BMW dealership, told me that if I wanted to be a GM, I had to have car sales experience. And fortunately, they were willing to give me that chance.”

So Jason transitioned into new car sales at a corporate-owned BMW store – something he proved to be quite good at. He was even better at used car sales, and admits to enjoying it more. “I loved working with used cars. They’re the heart and soul of the dealership, and you touch every department when you work with used cars, from sales, to service and parts, as you obtain, recondition, and then sell vehicles.”

At BMW, he became pre-owned manager, a role he held for four years. When he joined Pfaff, he started as a wholesale manager, then became a pre-owned operations manager, before achieving his longtime goal of becoming general manager of Pfaff Volkswagen in 2014. It was the culmination of over 20 years in the car business, a process that started with his apprenticeship that began at age 17.

Even in his off-hours, Jason is deeply immersed in the automotive hobby.

“I’m a muscle-car guy at heart,” he says. “I’m lucky that my wife is even more into cars than I am. We share a 1965 Mustang convertible that she drives almost every day in the summer, and I’m a motorcycle rider as well, and have even instructed for the Canadian Motorcycle Association.”

Jason and his wife live in Toronto, but also enjoy spending time up north on the water in their boat; he’s also an avid hockey player, a hobby common to many of the staff he works with at Pfaff Volkswagen.