30 years of power: a history of Audi RS models

quattro GmbH was established in 1983 as a one-hundred percent owned subsidiary of AUDI AG. Its first task was the marketing of accessories and then it began individualizing cars in 1995. In 1996 it established itself as the manufacturer of Audi’s high-performance models, which are now marketed under the Audi Sport label. Customer motorsport added a further business division in 2011. Today, the company employs 790 people at the Neckarsulm and Ingolstadt plants. 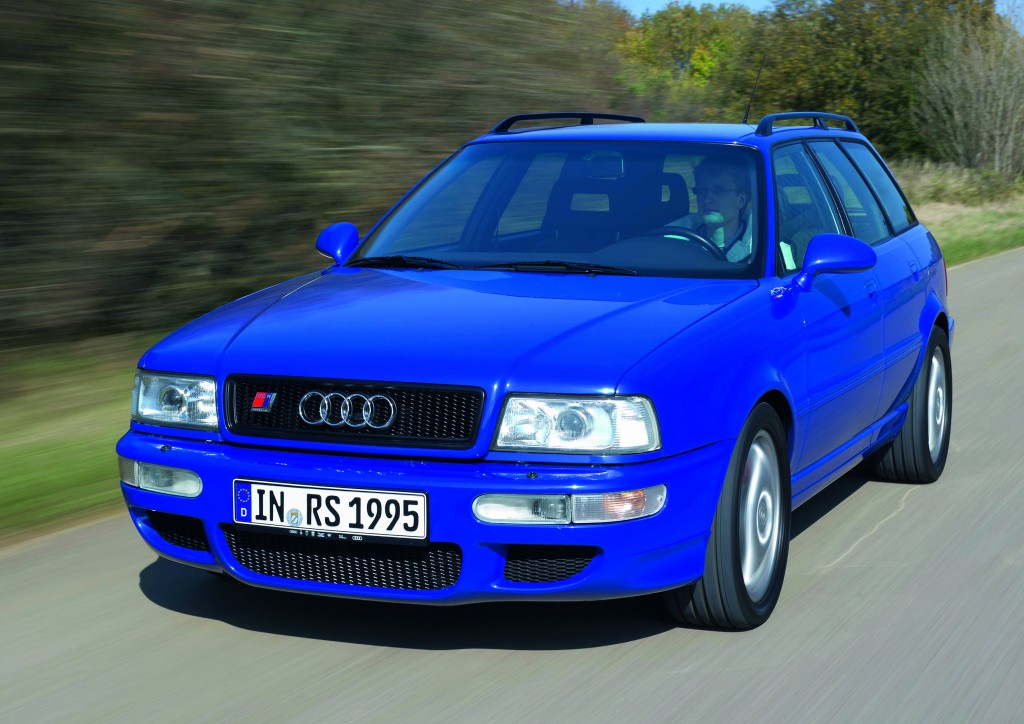 1994 – Audi RS 2 Avant
The 1994 Audi RS 2 Avant was a trendsetter – the world’s first high-performance sports car with room for five and a large luggage compartment. The distinctive exterior design and the finely finished interior were just as compelling. The five-cylinder turbo generated 232 kW (315 hp) from a displacement of 2.2 liters, accelerating the RS 2 Avant from a standstill to 100 km/h in just 5.4 seconds and onward to a top speed of 262 km/h. Porsche AG, which functioned as development and production partner, delivered parts such as brakes and wheels. 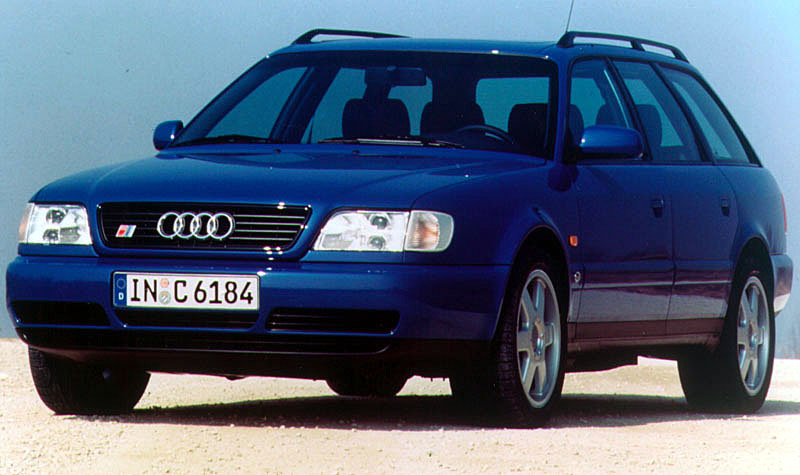 1996 – Audi S6 plus
The Audi S6 plus did not yet bear the RS badge, but it was nevertheless the first model to be manufactured by quattro GmbH. It had a 4.2-liter V8 with an output of 240 kW (326 hp) and a six-speed manual gearbox. The standard sprint was dealt with in 5.6 seconds. Although the S6 plus was also available as a sedan, the majority of customers opted for the Avant. 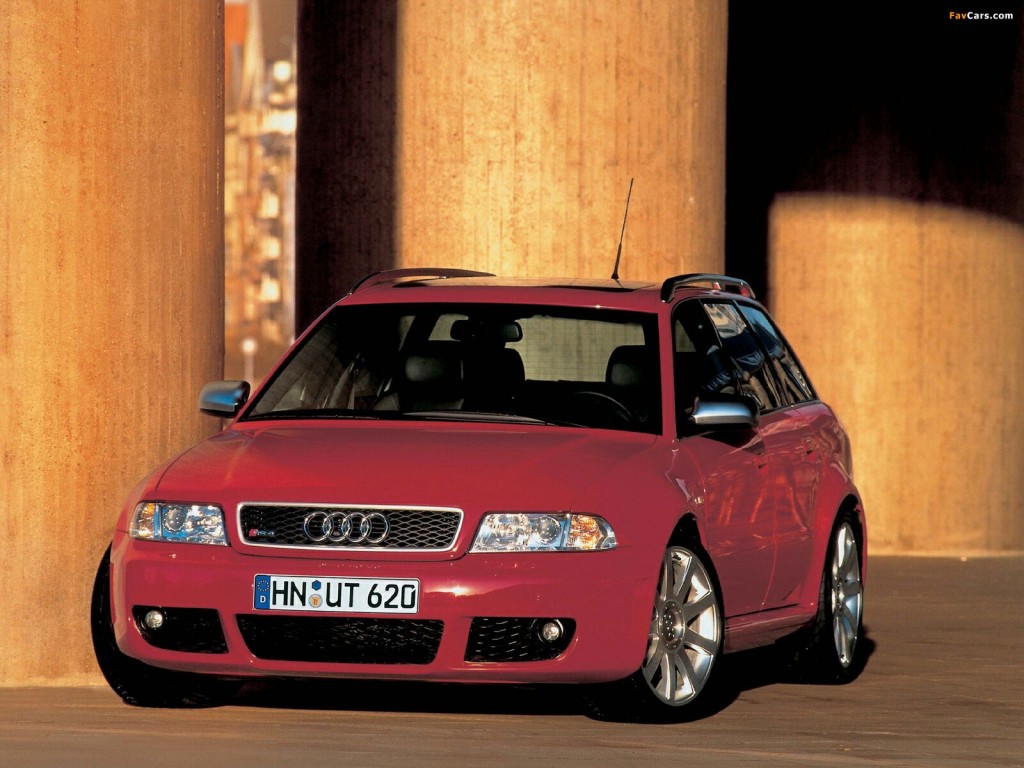 2000 – Audi RS 4 Avant
There was a cooperation partner involved in the first RS 4 Avant, too – in the form of the recently integrated Cosworth Technology Ltd. Together with quattro GmbH, the English firm lifted the output of the 2.7-liter V6 biturbo to 279 kW (380 hp); the result was a 0 to 100 sprint of 4.9 seconds. Demand for the RS 4 Avant was so high that Audi had to double the production volumes originally planned. 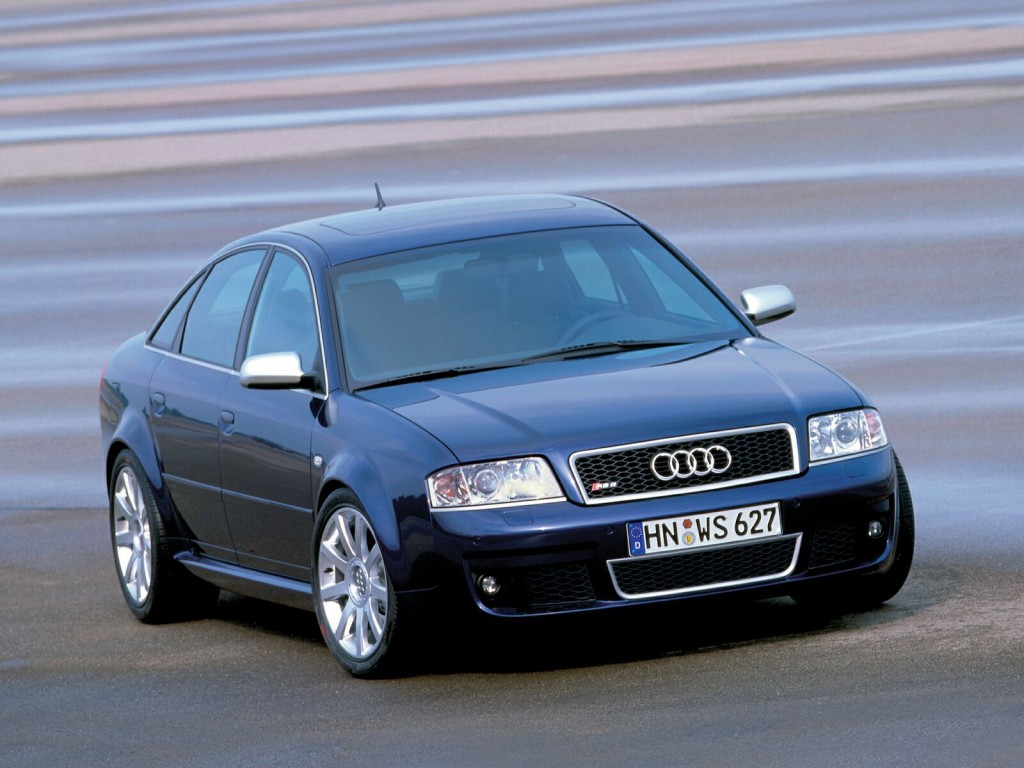 2002 – Audi RS 6
The business class saw the Audi RS 6 make its debut in 2002 – available as both sedan and Avant. Its 4.2-liter V8, complete with two turbochargers, produced 331 kW (450 hp); Cosworth handled the assembly of the five-valve engine. With its standard five-speed tiptronic, the Audi RS 6 accelerated from 0 to 100 km/h in 4.7 seconds. Meanwhile, Dynamic Ride Control (DRC) celebrated its premiere in the running gear. The RS 6 plus followed in 2004, producing an output of 353 kW (480 hp) and an electronically limited top speed of 280 km/h.

2005 – Audi RS 4
The second generation of the RS 4 appeared in 2005 – first as a sedan and Avant and later also as a cabriolet. Drive was supplied by the all-new, high-revving V8 with a displacement of 4.2 liters. The direct-injection, naturally aspirated unit generated 309 kW (420 hp). The RS 4 Sedan catapulted from 0 to 100 km/h in 4.8 seconds. Further technology highlights included quattro drive with the then new asymmetrical dynamic torque distribution and optional carbon-fiber reinforced ceramic brakes. 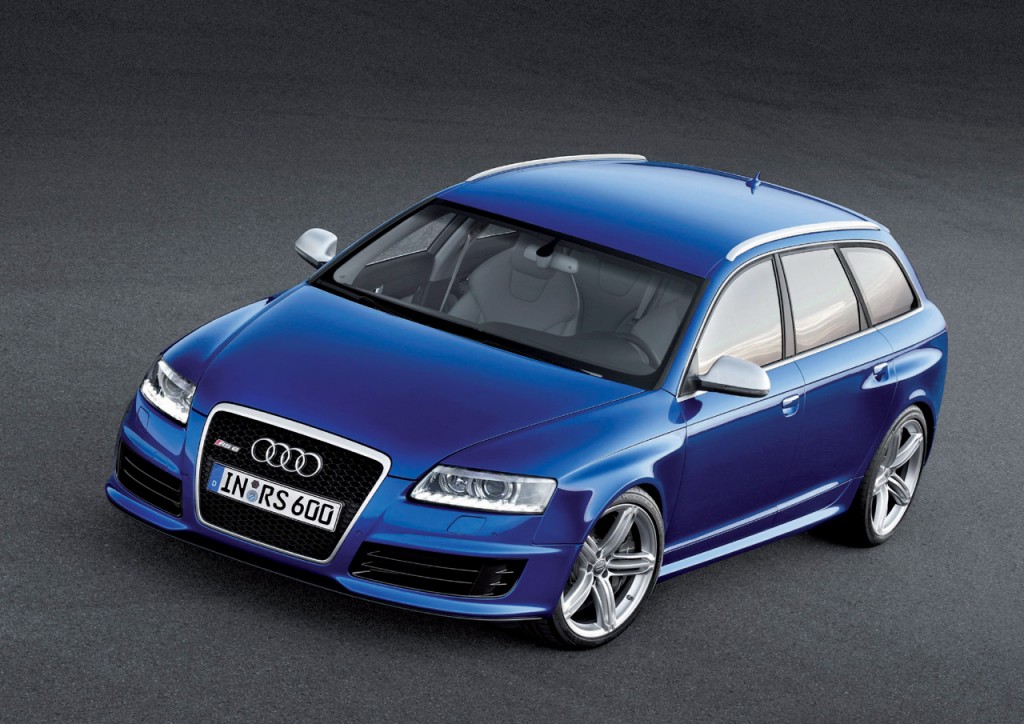 2008 – Audi RS 6
The 2008 RS 6 was the most powerful series-production Audi built to-date. Its V10 biturbo with a displacement of 5.0 liters produced 426 kW (580 hp) – enough for a standard sprint of 4.6 seconds and a top speed of 280 km/h. The two ‘plus’ equipment lines that followed in 2010 achieved a top speed of 303 km/h. A fast-shifting, six-speed tiptronic sent the driving force to the quattro driveline. The second-generation RS 6 was available as a sedan and Avant. 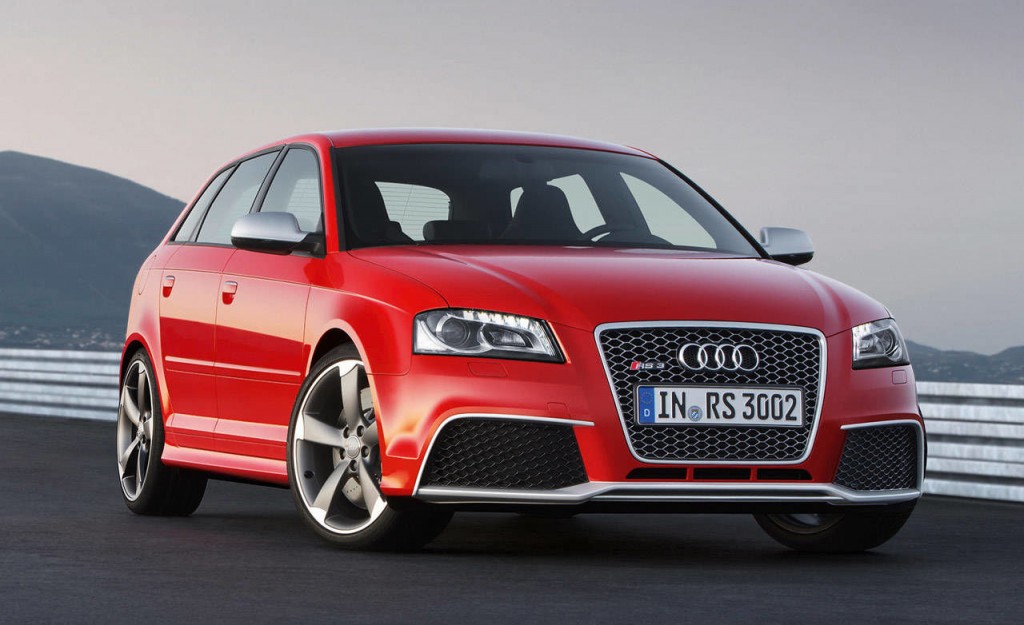 2011 – Audi RS 3 Sportback
With the RS 3 Sportback, Audi took the RS philosophy into the premium compact class. The turbocharged 2.5-liter five-cylinder produced 250 kW (340 hp), yet consumed an average of just a little over 9.0 liters of fuel per 100 km. The drivetrain featured an extremely reliable seven-speed S tronic and a hydraulic multi-plate clutch. The RS 3 Sportback accelerated from zero to 100 km/h in 4.6 seconds. Fenders made from carbon-fiber reinforced polymer (CFRP) bore testimony to the lightweight design expertise of quattro GmbH.