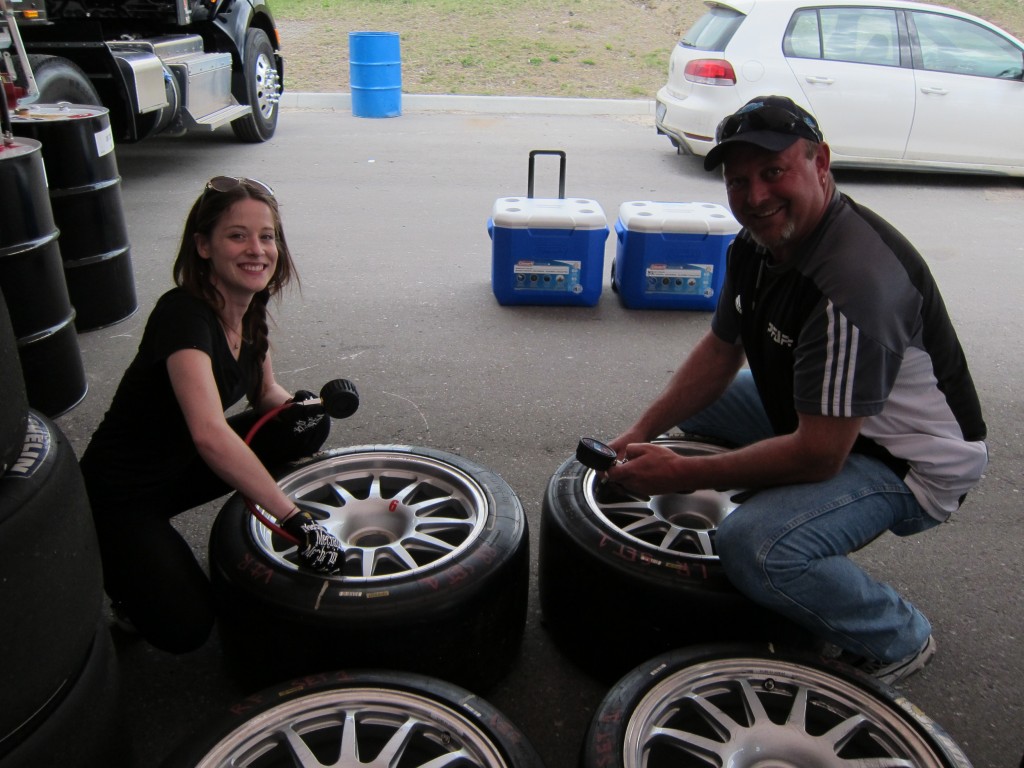 A 22-year old woman from a small town called Keswick, Ontario, Katelyn knew that racing was going to be a part of her life as soon as she attended the Pirelli World Challenge race in 2012 at Canadian Tire Motorsport Park, where she was a flag girl for two races. As soon as she heard the sound of the engines taking off and smelled the race fuel, she was was instantly hooked, attending her first track day at the same place just a few weeks later.

Katelyn works at Pfaff Audi Vaughan as a Service Consultant, and continues to drive her 1999 Honda Civic on the track as much as possible, running it in the Canadian Sport Compact Series. When she is not on the racetrack, you can probably find her at the kart track.

She’s also a wheel and tire technician for the Pfaff Motorsports team, running two 911 GT3 Cup cars in the Canadian Porsche GT3 Cup Challenge. Have a look at the video and meet the team!