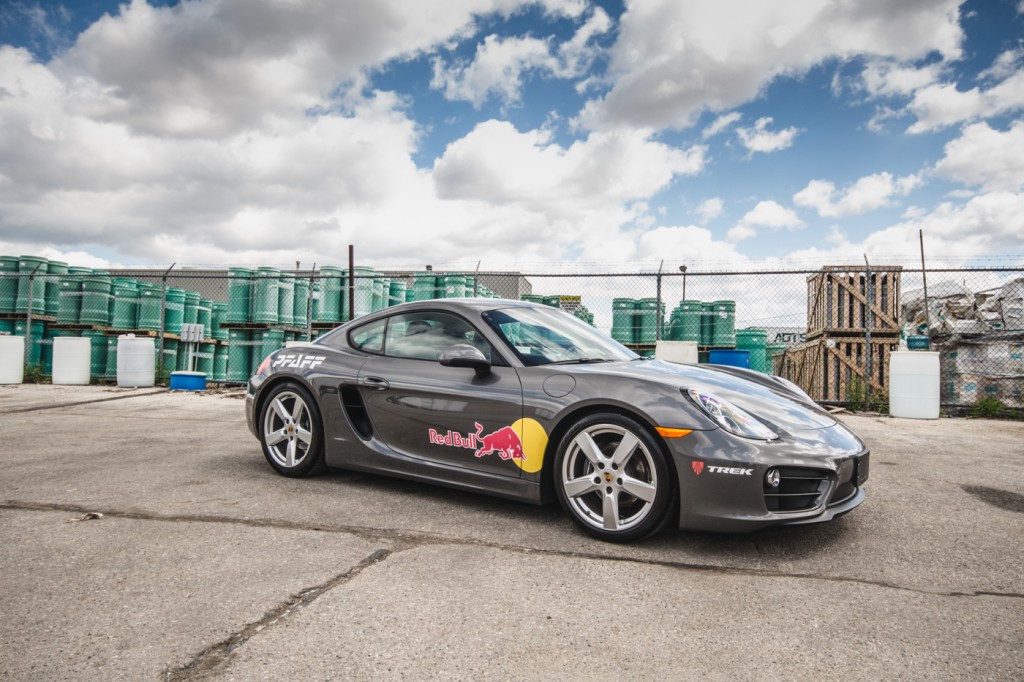 Now that it’s back from being wrapped, we thought we’d introduce you to Emily Batty’s new Porsche Cayman. It’s a 2.7-litre, 275-hp model with some really cool options: a sport suspension system with 20mm lower ride height, beautiful 19” Cayman S wheels, PDK transmission, and limited-slip rear differential for amazing handling. Keep an eye out for it on the roads during Emily’s busy competitive season.

Emily Batty is a professional athlete that rides for Trek Factory Racing Mountain Bike team. Each year, Emily has progressively achieved better results, besting all previous years. Some of her career highlights include the opening round of 2012, where she finished 2nd place at the World Cup in South Africa. She also represented Canada at the London Olympic Games, despite breaking her collarbone in training 3 days before the race.

Emily has stood on multiple podiums including a 4th place in the  2012 Val D’iser France World Cup and a 3rd place in the 2013 Val Di Sole Italy World Cup. She is already a multiple time National Champion and was also crowned her first Elite National Champion title in 2013. At the young age of 25, it is just a matter of time before Emily wins her first World Championships title and Olympic Medal.

Born and raised on a cattle farm in Brooklin, Ontario, Canada. Emily has two older brothers and one younger sister, all of which raced competitively at one time. Engaged to her beloved fiancée Adam of nine years and coach for five.

Want your own Cayman? Check out our inventory.