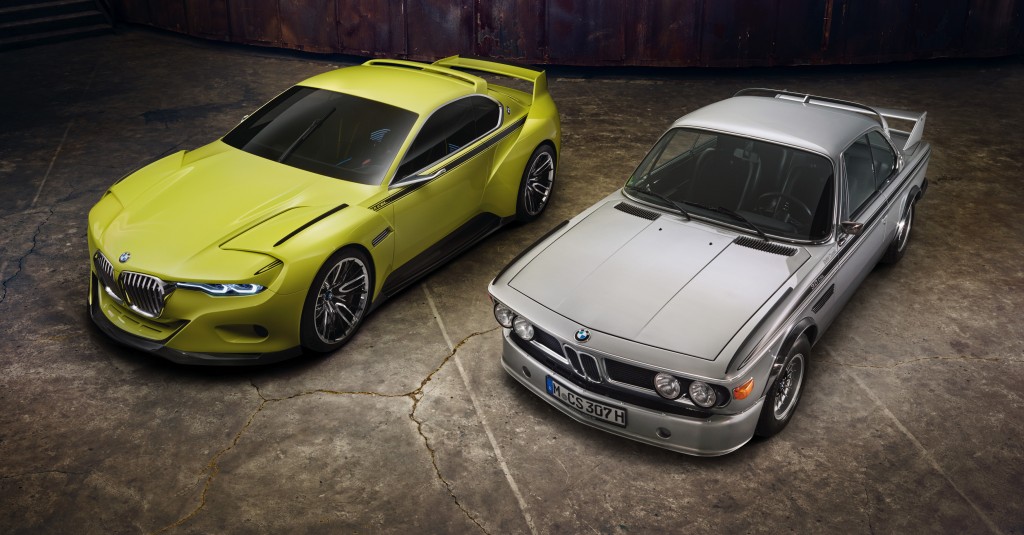 Amid the audacious design studies and automotive beauties from a bygone era gathered at the Concorso d’Eleganza Villa d’Este, BMW recently presented its new 3.0 CSL Homage – the BMW Design Team’s tribute to the 3.0 CSL, a timeless classic and iconic BMW Coupé from the 1970s.

“CSL” stands for “Coupé Sport Leichtbau” (coupé, sport, lightweight). With its aluminium bonnet, boot and wings, Plexiglas windows and equipment rigorously pared down to the bare essentials, the old BMW 3.0 CSL tipped the scales around 200 kg lighter than its sibling model, the BMW 3.0 CS. Unsurprisingly, it was destined for a career on the racetrack. Whereas the material of choice in the 1970s was aluminium, today carbon fibre – or carbon-fibre-reinforced plastic – offers the optimum weight-to-strength ratio. These high-strength fibres are even lighter and stronger than aluminium. The
BMW 3.0 CSL Hommage makes generous use of the high-tech composite, reinterpreting the concept of lightweight design for the modern age.

For BMW designers, the BMW 3.0 CSL is a style icon. Its combination of racing genes and elegance generates an engaging aesthetic that continues to win hearts even today. The 3.0 CSL Homage celebrates many of those characteristic features, but without copying them. Indeed, some of the parallels are not immediately obvious.

Its elongated body is set off by distinctive air deflectors, powerful wheel arches and prominent spoilers to the roof and tail. Despite its size, the aerodynamic elements are key in enabling air to flow optimally along the sides of the vehicle. The front air deflector serves to vent the engine compartment, while wings over the rear wheels ensure optimum airflow around the vehicle. Small rear-view cameras serve to further reduce aerodynamic drag. The large rear spoiler increases downforce on the driven rear axle and in so doing improves power transmission. The Air Curtain and Air Breather systems guarantee optimum ventilation of the wheel housings. And the sheer self-confidence and sporting prowess of the BMW 3.0 CSL Hommage are perfectly summed up in the original colour of its spiritual predecessor – Golf Yellow.

At the front, the characteristic BMW kidney grille stands tall in citation of the more upright styling of the kidney grille of yesteryear. The size and depth of the kidney grille symbolise the output of the powerful six-cylinder engine with eBoost. The characteristic four-eyed face gives a contemporary, hexagonal interpretation of front-end sportiness. Laser light and LED technology facilitate slender, state-of-the-art lighting graphics, and the flat contours of the headlamps generate that characteristically focused BMW look. A stylised “X” inside the lights divides the lighting functions and conjures up memories of the X-shaped headlamp stickers once used in long-distance racing.

A particular detail of the 3.0 CSL Homage is the roofline. Consciously subdivided into three, the line recalls the distinctive upper section of the 3.0 CS – one of the first coupés to feature a roof that did not flow into the tail. Compared with the ubiquitous fastback coupés of the day, this was both an innovation and a design statement, a feature that exuded athleticism and elegance in equal measure. In keeping with the BMW 3.0 CSL, the Hommage features a BMW logo on each of the C-pillars.

As with the front end, the vehicle’s tail is broad and muscular in design. Generous surfaces generate presence, horizontal elements emphasise width. A particular highlight is the styling of the rear lights: an LED strip above the spoiler links the two lights, giving the rear end a formal framework. The powerfully sculpted rear apron with CFRP diffusor creates a visual impression of the 3.0 CSL’s raw power. 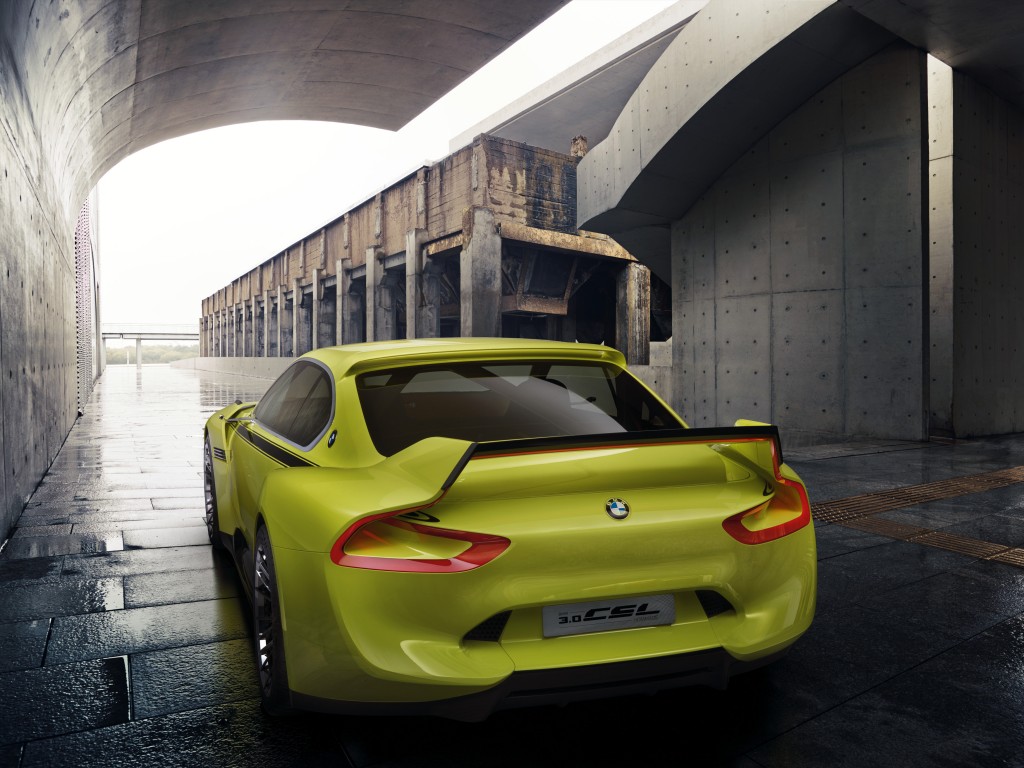 Pared down to a minimum, the interior of the BMW 3.0 CSL Homage puts its lightweight design on show and renders its racing character elegantly tangible. All interior elements are there out of absolute necessity, every part has a high-quality design, structural or drive-related function. In the all-CFRP interior, the only wood-like presence is the “instrument panel” – a cross-member and purely structural element. This is a clear reference to the interior of the earlier 3.0 CSL, which featured wood trim throughout the interior. In the new version, only the small central eBoost charging display interrupts the wooden instrument panel. Infotainment is equally minimalist in concept: a central display on the steering column informs the driver of the current gear, speed, revs and shift point.

The 3.0 CSL Homage is a tantalizing look into BMW’s past and its future. But if you want an M Performance car now, we have a wide selection to choose from.