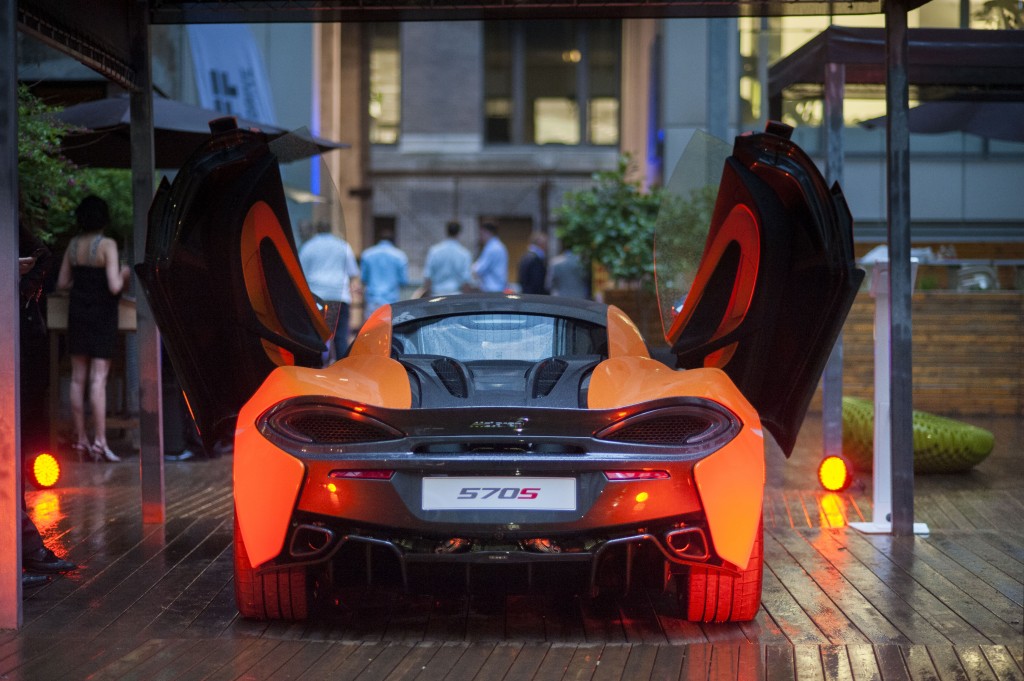 What a great way to kick off the Montreal Grand Prix weekend! On Friday, June 5, Pfaff and McLaren hosted a fantastic party featuring the Quebec debut of the spectacular new Sports Series, which will start at under $200,000. Throughout the evening, the 570S prototype was mobbed by interested customers and prospects, and McLaren brand manager Chris Green and McLaren Toronto sales executive Horst Bulau spent the evening answering questions.

We were joined at a great venue in downtown Montreal, Cafe Daylight Factory, overlooking a secluded and beautiful courtyard right in the heart of the city. Our friends at Pirelli – McLaren automotive’s exclusive tire supplier and technology partner – brought along a Formula One tire to mark the weekend.

The party was marked by two amazing surprises for guests, as well.

The first was the presence of a stunning MSO-equipped McLaren P1, resplendent in Mercury Silver with red accents. The second was an appearance by former world champion and McLaren Formula One driver Jenson Button, who took to the stage after brief words from Chris Pfaff and Chris Green, to discuss his current Formula One season as well as his road cars. He and James Southerland from McLaren also ran contest awarding prizes to those who answered McLaren trivia questions correctly.

You’ll find a great selection of photos in the mega-gallery below.