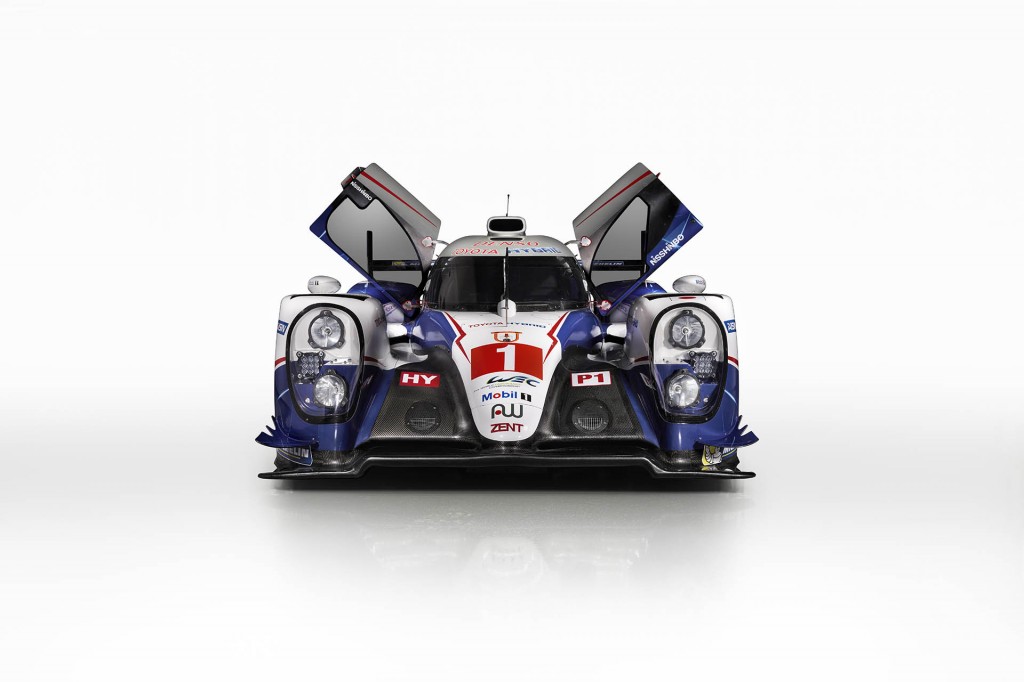 Toyota Racing entered the 2015 World Endurance Championship ready to defend its title. The first Japanese company to win the World Championship during a very successful 2014 season, Toyota’s energy efficiency was a key performance factor, and the TS040 Hybrid proved to be the class of the field, taking five wins from eight races.

The championship-winning car has been updated for 2015, with updated aerodynamics, revised front end including crash structure and new suspension kinematics to optimize tire usage, plus additional weight savings. It will again benefit from the proven Toyota Hybrid System – Racing powertrain, which boasts excellent thermal efficiency and delivers a total maximum power of over 1,000 horsepower.

As with last season, the TS040 Hybrid will compete within the 6MJ hybrid category with enhancements, such as modifications to the super capacitor construction to increase performance.

Development began directly after last year’s Le Mans 24 Hours and the updated car was tested for the first time on 13 January at Paul Ricard. Further three-day tests at Motorland Aragon (twice) and Portimao mean the 2015 TS040 Hybrid has completed over 25,000km prior to today’s official launch.

Inside the cockpit, the #1 TS040 Hybrid will feature World Champions Anthony and Sébastien alongside Kazuki Nakajima, who will compete in a full WEC season for the first time.

In the #2 car, Alex Wurz and Stéphane Sarrazin are joined by Mike Conway, who raced three times in 2014 in his role as test and reserve driver, winning the Six Hours of Bahrain.

Kamui Kobayashi, who previously drove for Toyota in Formula 1 and finished sixth in its final Grand Prix, becomes test and reserve driver. Kamui will combine his role with a Super Formula campaign in Japan.

As well as changes in personnel and technology, Toyota Racing has also adapted to revised regulations for 2015.

Teams are now limited to a maximum of five engines per car for the entire season, although none of the team’s cars exceeded this limit in any of the previous three seasons. Additional limits apply to tire usage, with four sets of slicks allowed during practice and six for qualifying and the race, except in Bahrain and Shanghai where eight sets are permitted, with 11 sets permitted during the Le Mans race.

Flexibility limits have been introduced for bodywork items such as the splitter, the rear wing, diffuser and plank, while the car is now subject to added ballast when, as is the case with the #1 and #2 crews, the average driver weight is less than 80kg.

The Le Mans 24 Hours is the annual highlight on 14 June while Nürburgring (30 August) is a new addition. The eight-race campaign concludes with races in Austin (19 September), Fuji Speedway (11 October), Shanghai (1 November) and Bahrain (21 November).