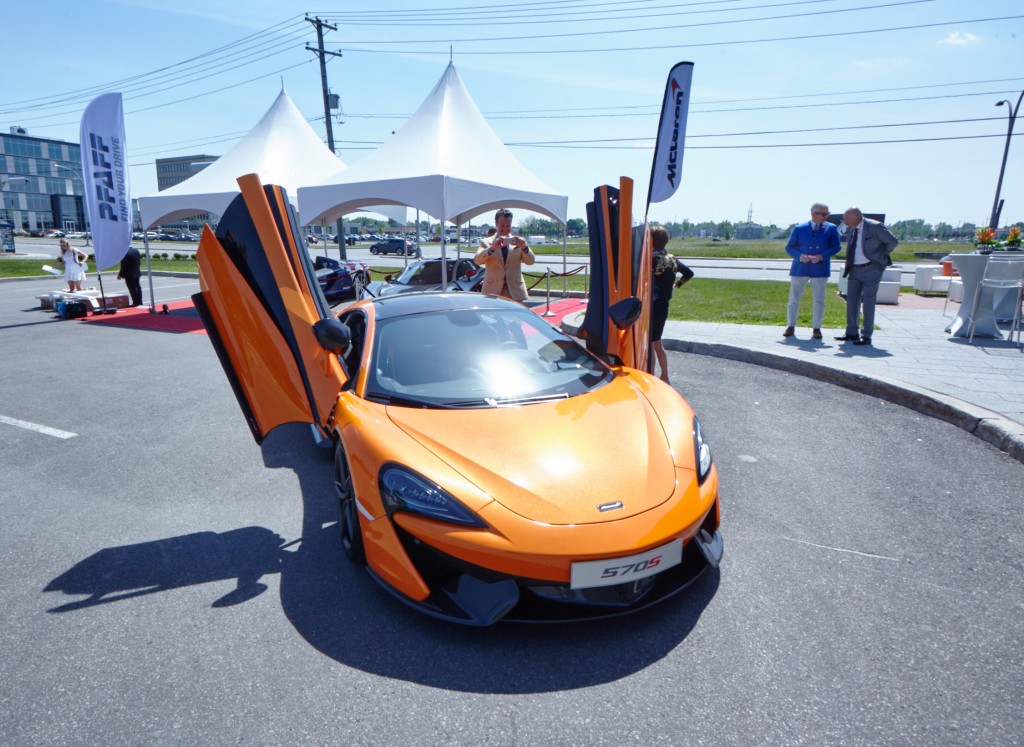 With one of the longest and most successful histories in Formula One, McLaren is always an integral part of the Montreal Grand Prix weekend. The buzz around the brand is even more feverish this year with all of Pfaff McLaren’s activities around the city promoting the brand and the new 570S.
It all kicked off yesterday afternoon with a preview for Montreal-area press of the 570S. Held at the exclusive Laval-area men’s store Henri Vezina, it was a great opportunity for journalists to reconnect with McLaren brand ambassador Chris Green, who is well-known in the motorsports scene in Quebec. Chris gave journalists a walk-around of the 570S, showed them the P1, and most importantly, described Pfaff’s plans to better serve the Quebec market in the future. An official announcement of plans for Quebec is coming in the next 60 days; stay tuned for more information.
The same location hosted over 100 McLaren prospects and customers for an intimate evening presentation. The parking lot filled with amazing exotic machinery and turned into an impromptu car show, attracting attention from around the area.
We have some amazing things planned for McLaren throughout the weekend – pop-up car displays and events for our customers. Keep watching this space, and follow us on Facebook, through the next few days to see what we’re up to!
Previous Post Next Post