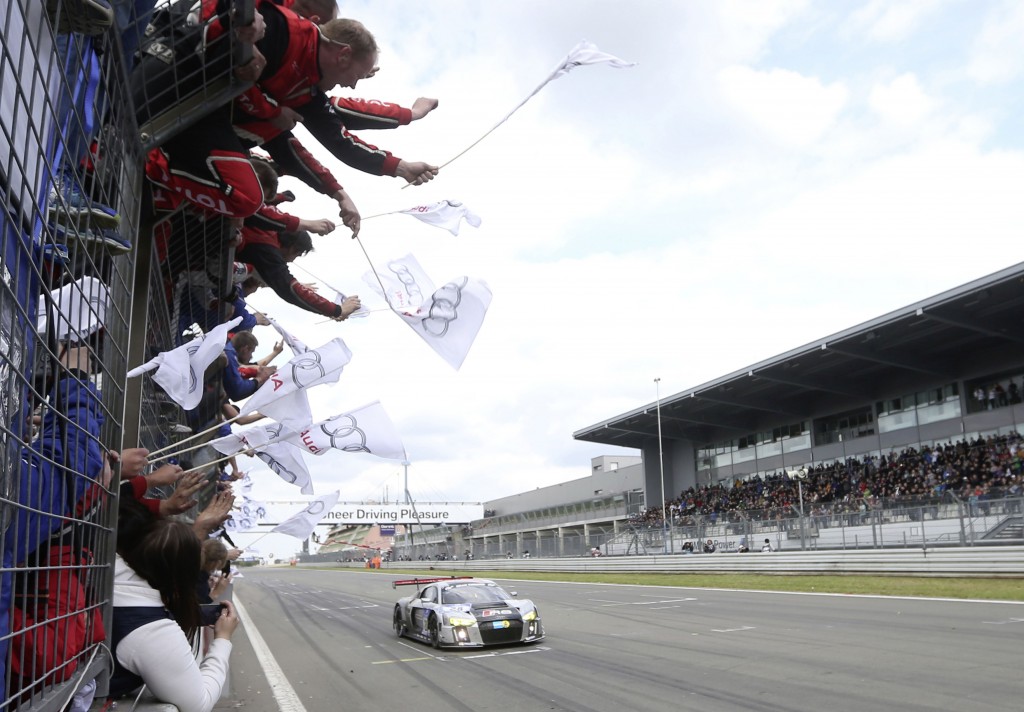 The new Audi R8 LMS managed a brilliant 24-hour racing debut by clinching victory at the Nürburgring. Audi had only unveiled its GT3 race car ten weeks ago – and it impressed in a tough battle that lasted to the last hour of the race. In the end, Audi Sport Team WRT with Christopher Mies/Nico Müller/Edward Sandström/Laurens Vanthoor was 40 seconds faster than the BMW Team Marc VDS.

The battle for victory in the Eifel endurance race has not been as thrilling as this in a long time. During the 24 hours the lead changed 35 times – a record in the event that has been held since 1970. After the race’s midpoint, either the number ‘28’ R8 LMS or its fiercest rival was running in front, depending on the pit stop sequence. In the end, the Belgian Audi team prevailed with a concentrated performance of its drivers and solid teamwork. Vincent Vosse’s squad and each of the four race drivers celebrated their first victory in this classic event. 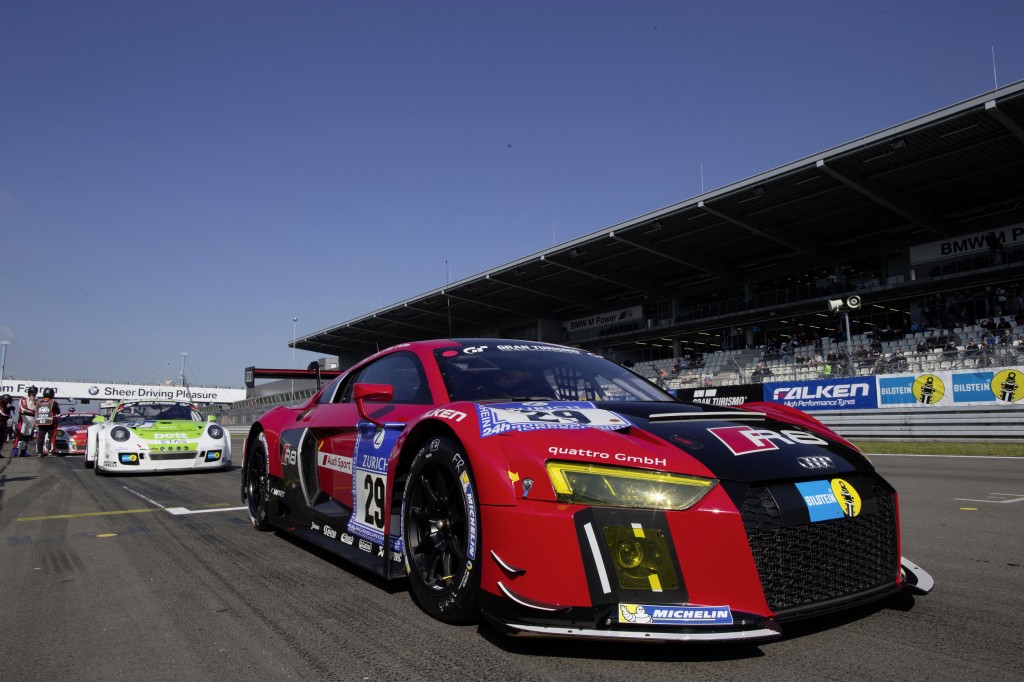 About 50 percent of the GT3 race car is based on its production counterpart it simultaneously celebrated its debut with in March at the Geneva Motor Show. Four new Audi R8 LMS cars were on the grid of the 24-hour race.

Last year’s winners, Christopher Haase/Christian Mamerow/René Rast/Markus Winkelhock in car number ‘1’ of Audi Sport Team Phoenix, led the race several times but were forced to retire following an accident. In the sister car, number ‘4,’ Mike Rockenfeller spun on track due to an oil spill shortly before the race’s midpoint. He was hit by another car that was following him, causing damage to the Audi that was too severe for continuing the race. 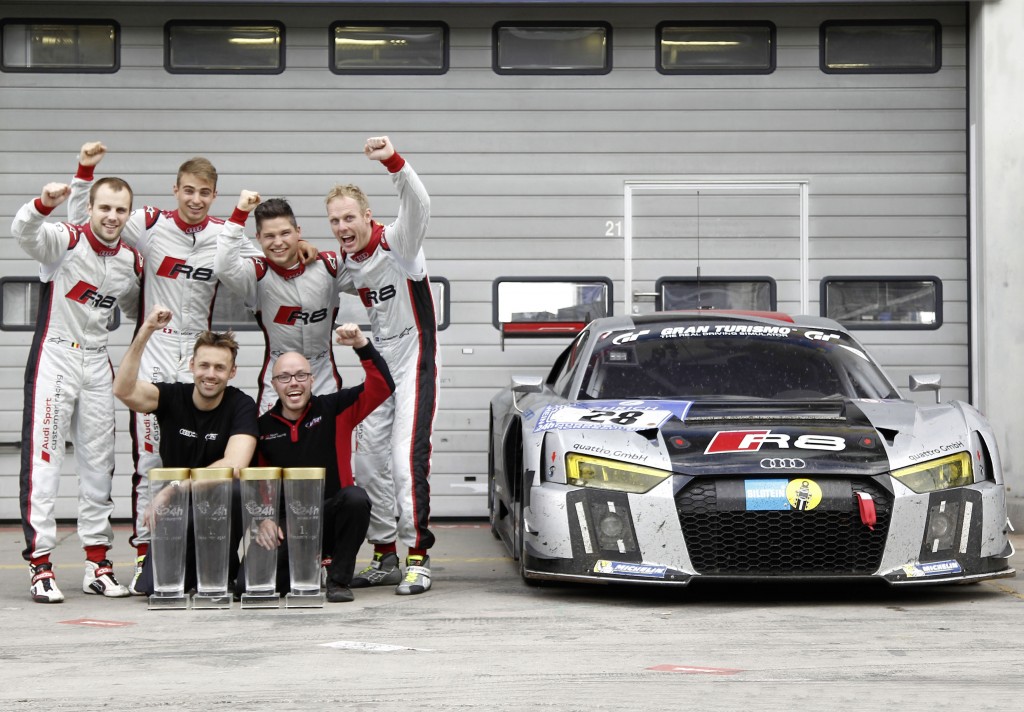 The second race car of the Belgian Audi Club Team WRT saw the checkered flag in seventh place. Accident damage had caused Pierre Kaffer and his team-mates Christer Jöns, Nicki Thiim, and Laurens Vanthoor to lose three laps in the early stage. However, with good lap times, this driver quartet proved the competitiveness of the Audi R8 LMS as well.