McLaren invasion at the 2015 Diamond Rally 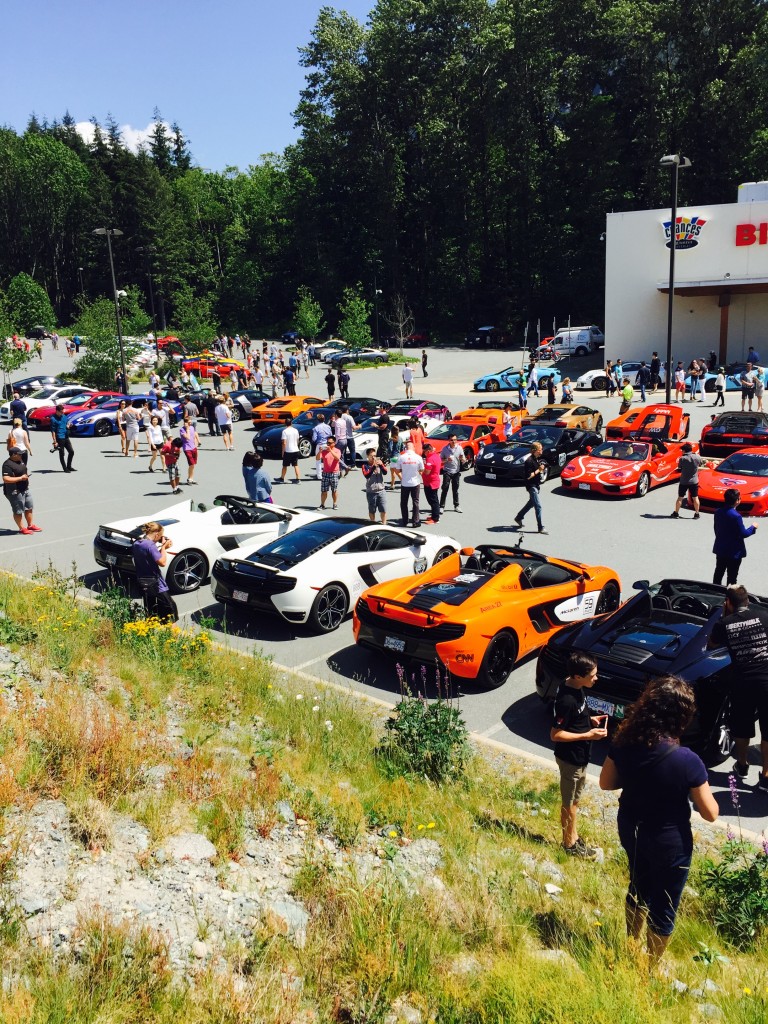 Over 100 supercars from all over Western Canada assembled in Vancouver to kick off the 2015 Diamond Rally this weekend. The third-annual event provided over 100 participating drivers the opportunity to raise money for their favourite charities.

McLaren was represented in full force this year – both from a dealer and customer perspective. The McLaren Vancouver team was excited to share their growth; three years ago, we only had one car enter the rally; this year, with our team in attendance, and a number of customers doing the drive as well, 17 McLarens in total participated.

After a quick drivers’ meeting and introduction, we were promptly directed to get in our cars, as the police had already set up an escort for all vehicles in the rally to get onto the highway. We cruised out of Vancouver and headed towards the famous Sea-to-Sky highway, the group of McLarens and other supercars providing a sight as breathtaking as the scenery itself; The winding corners and endless hills of the drive were the perfect setting for the McLarens.

The rally’s first stop as at the Squamish casino, where drivers had the opportunity to stop, stand on the hill, and check out each others’ cars. Two McLaren P1s were the star of the show, even amongst the high-end machinery on display. A number of enthusiastic customers wrapped their cars in unique liveries to celebrate the drive.

After a stop at the Olympic Village, drivers and passengers changed seats to share the ride to Whistler. With bright sunshine, a cloudless sky, and 28-degree weather, you couldn’t have asked for a better day, or setting.

Upon arrival in Whistler, the cars gathered and were positioned on the Olympic Garden, where they quickly attracted the attentions of locals and tourists. The festivities continued at the local brew house where lunch was served and owners discussed their favourite aspects of the drive.

The finale to the day came at the Four Seasons later in the evening, where organizers and teams joined for cocktails and an awards presentation. The award for best livery went to a heritage-wrapped McLaren 650S sporting the old “McLaren/Marlboro” colours of the 80’s, when Ayrton Senna and Alain Prost dominated the Formula one championships. Runner-up went to another 650S customer, who adorned his black car with a modern yellow-and-white wrap, which perfectly complemented his yellow calipers and yellow piping on black alcantara interior.

After the charity numbers were announced and a few other raffle prizes were handed out, the organizers dished out kind and enthusiastic words for all of the participants. We all agreed that the event once again was a huge success, and can’t wait for next year!