A look ahead: Toyota FCV 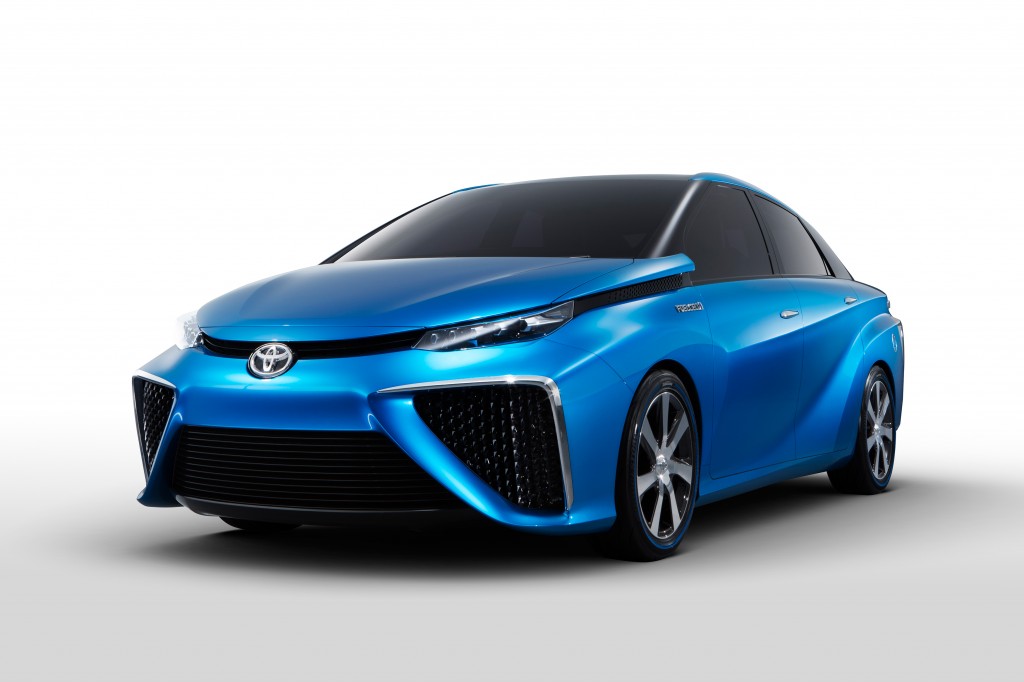 The inspiration behind Toyota’s production ready fuel cell vehicle, the Toyota Mirai, FCV is a zero-emissions vehicle that harnesses the chemical reaction between hydrogen and oxygen to generate electricity for power. Water is the vehicle’s only byproduct. Utilizing a hydrogen fuel cell and tank system, it has a refueling time comparable to a conventional gasoline vehicle of just 3-5 minutes and a driving range of about 500 kilometres on a full tank.

The FCV is also stunning to look at. With a design that takes form from function, its exterior styling embodies two key characteristics of a fuel cell vehicle – the transformation of air into water, and the powerful acceleration enabled by its electric motor.

“Toyota led the industry in powertrain innovation with the introduction of the Prius hybrid, and now we are continuing on our trail-blazing vision for a better, greener tomorrow with fuel cell technology,” said Seiji Ichii, President and CEO, Toyota Canada Inc. “The FCV Concept is Toyota’s inspiration for the ultimate next-generation, eco-friendly car.”

There’s also a little bit of Canada in Toyota’s fuel cell technology. Put to test in Yellowknife, Northwest Territories, Toyota has demonstrated the vehicle’s reliability to operate in temperatures as low as minus 30 degrees Celsius.