“Der See ruft …,” or, “The lake is calling…” is painted in yellow on the wing mirrors of the unique Golf GTI Performance concept car. Samuel Pili (21), an apprentice automotive mechatronics technician with Volkswagen in Wolfsburg, has contributed to the car. He’s part of the “Wörthersee GTI 2015” team headed by project manager Holger Schülke.

The four young women and nine men that built this car are training in technical vocations with Volkswagen and its partner Sitech Sitztechnik. The 17- to 25-year-olds were selected to join the team based on their outstanding performance. After completing a presentation to members of Volkswagen’s the Board of Management, the 13 young people presented their Golf GTI at the annual Wörthersee meeting – a worldwide gathering on the shores of an Austrian lake – for GTI enthusiasts.

Taking a body in white, the team – training as vehicle interior fitters, vehicle paint technicians, automotive mechatronics technicians, media designers, and process technicians specializing in plastics and rubber engineering – developed and built a unique GTI for themselves. In addition to developing the car itself, they were also tasked with presenting the car properly to the world – designing product literature and even creating a presentation stand that contains a high-power sound system – a must for the Wörthersee meeting.

The apprentices opted for an innovative color scheme and applied it with considerable skill and precision – both on the exterior and in the interior of the vehicle. Most of the attachments were hand-crafted and painted, including a complete body kit. 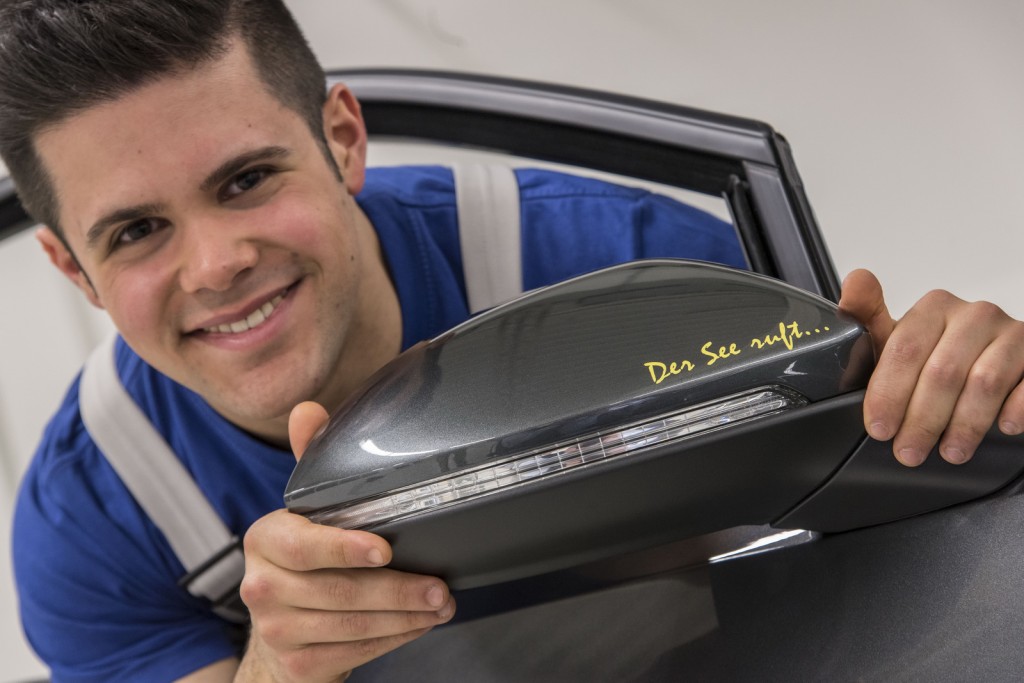